The new ‘hybrid’ investigation resulted into disclosing the presence of a serviceman of the 165th artillery brigade (military unit No. 02901, Nikolskoye, Belogorsk-15, Amursk Oblast, Russia) in Ukraine. He was noticed near the village of Sedovo (Novoazovsk raion, Donetsk Oblast, Ukraine) – at Kryva spit, 58 km from Mariupol.

This investigation is named ‘hybrid’ because it consists not only of the data gathered from the Instagram profile of the Russian soldier, but also of the insider information from the occupied territories.

During a trip to Novoazovsk the InformNapalm volunteers were intrigued by the massive presence of the soldiers in Sedovo. This pushed them to conduct a supplementary reconnaissance in the social networks to uncover particular Russian servicemen from the specified area. The monitoring showed the profile of a contract soldier of the 165 artillery brigade, the Eastern Military District – Viktor Solovyev, who uploaded his photo with ‘Sedovo’ geotag (the profile is archived [1]). 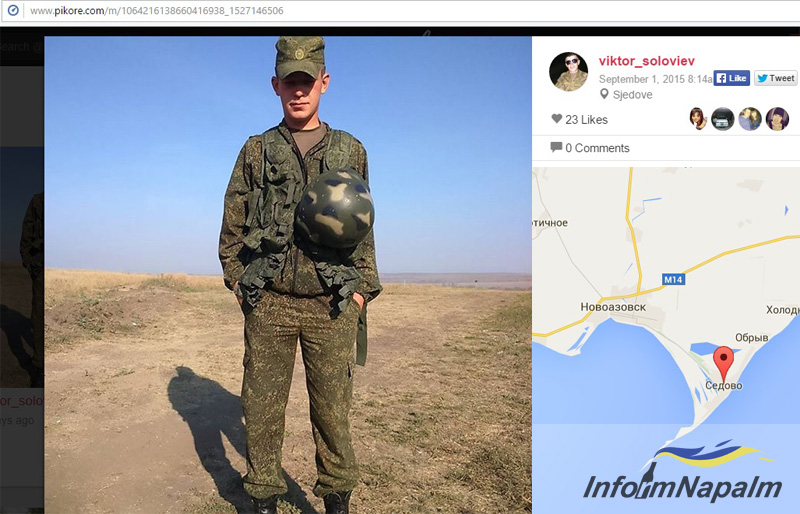 Finding out the name of the military unit was possible thanks to identification of Viktor Solovyev’s sleeve badge, which was visible on several photos. The correctness of the unit identification is also proved by the ‘Victory day in the city park, Belogorsk‘ video published in the same profile of the Russian serviceman. 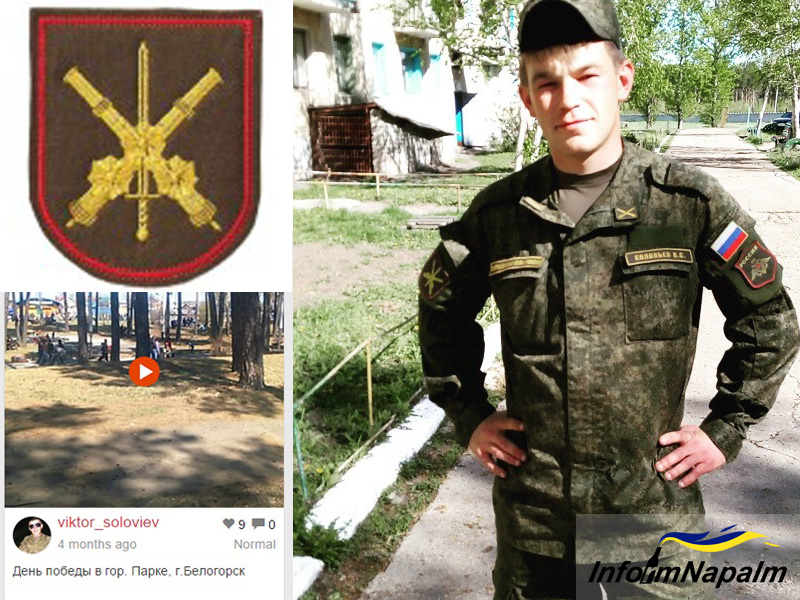 Please note that the route from Belogorsk to Ukraine goes through the city of Ulan-Ude, a hub station where the investigation subject made a selfie. 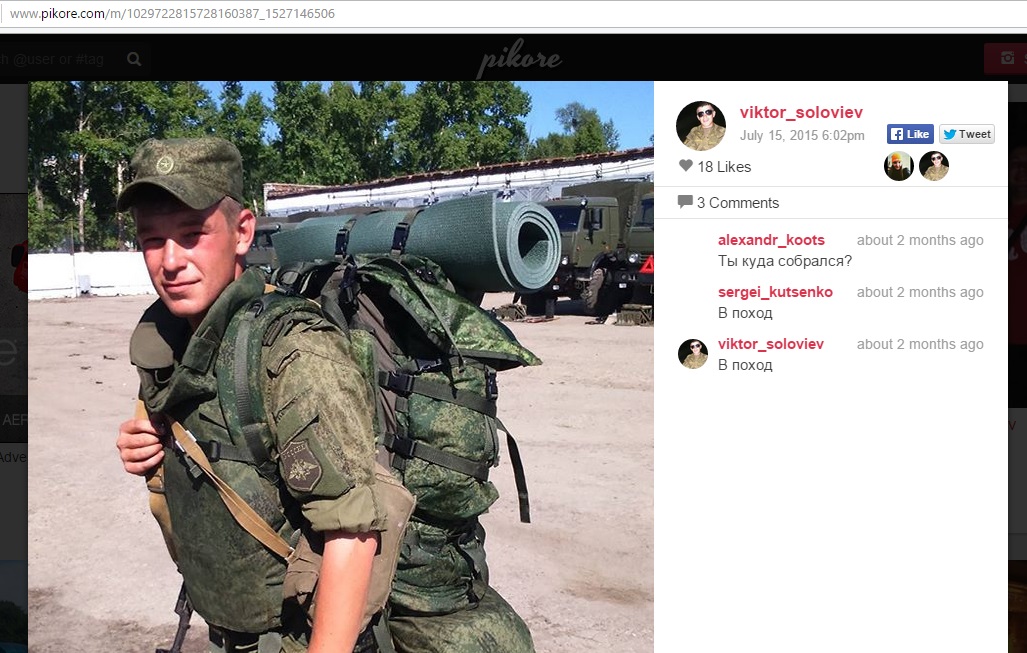 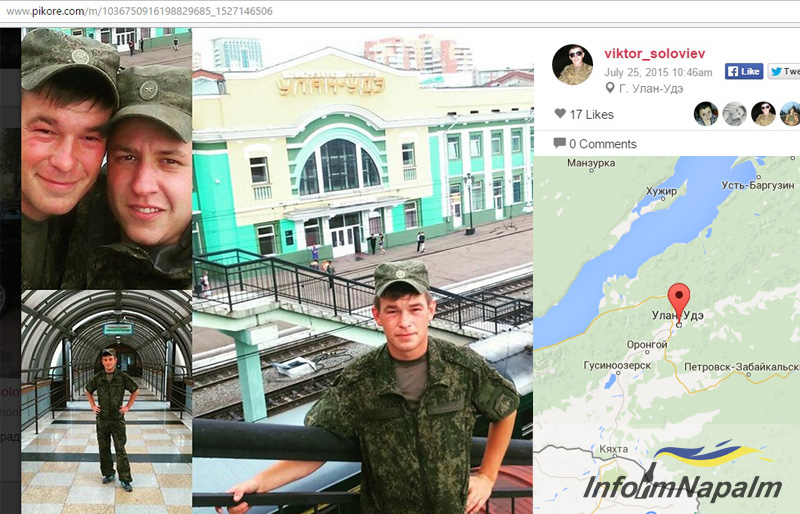 It is not yet clear why the Russian military authorities transfer the servicemen from the Eastern Military District to Ukraine for active service. Maybe the European part of Russia is out of units in operate condition, and there is nobody to protect the Empire’s interests? Isn’t it the reason why they use mock-ups on Far East to protect the Russia’s borders? Since there is no need to protect anything – it has been sold already…

Here is a photo [6] made by a Chinese internet media Huanqiu during a journalists visit to the construction site of a bridge over the Amur river (from Nizhneleninskoe to Tongjiang). One of the reporters noticed that the borderline tower hosts a mannequin dressed as a sentry. 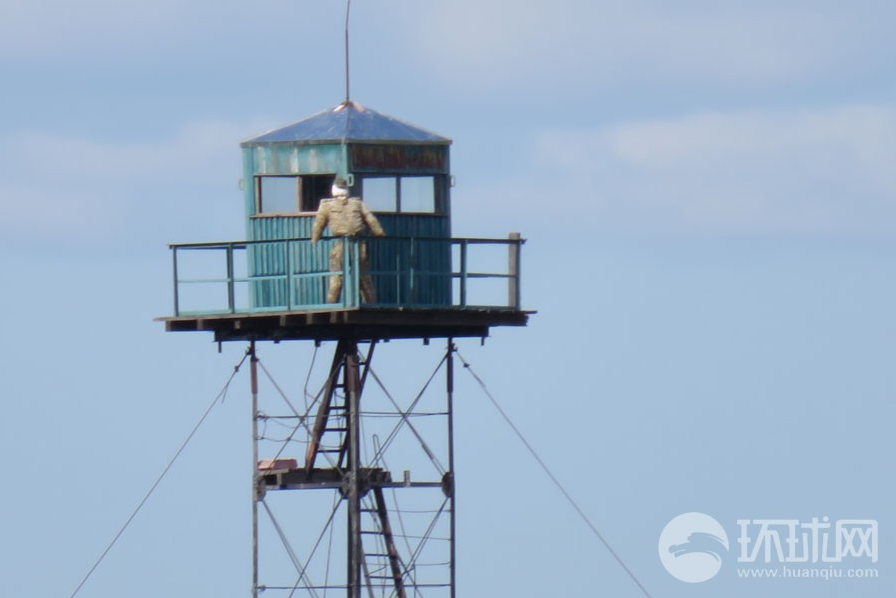