Fact 1. According to media reports [1], a group of up to 200 people entered Belarus. This is exactly one full rotation – one infantry company, reinforced by sniper groups and, for urban operations, visual observation and reconnaissance squads.

Fact 2. So far, only 32 people living in a single location and one separate person have been detained. This is close to the typical size of a platoon. There was at least one sniper group commander (Andrey Bakunovich [2]) among the detainees, which also confirms this conclusion. It is likely that one sniper group is attached to each of its 4 platoons, with at least 12 snipers in total.

Fact 3. The group entered the territory of Belarus a few weeks before the start of electoral activities in Minsk. This is similar to how at the end of February 2014, members of the Wagner group, 5-15 people at a time, entered the Autonomous Republic of Crimea through the Kavkaz-Kerch ferry crossing and quietly checked in in the same groups into local hotels.

Fact 4. Russian diplomats and media are claiming that the mercenaries were using Belarus as a transit point. However, units of the Wagner group, never used regular flights to get to the countries of the Middle East and Africa even before the COVID-19 quarantines, when all Russian airports were fully functional. All flights were carried out by the 223rd Flight Squadron of the Russian Ministry of Defense or special charters without passing the border control in Russia. This was documented and proven by the Ukrainian special agencies [3]: 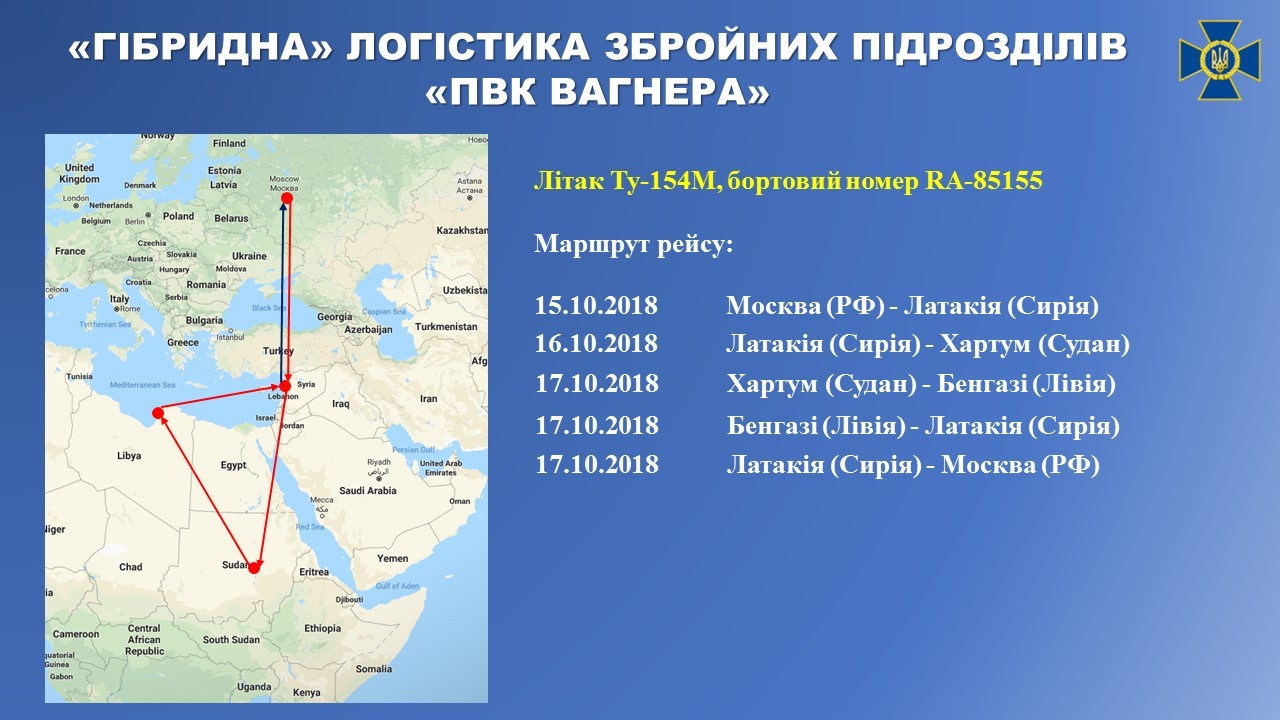 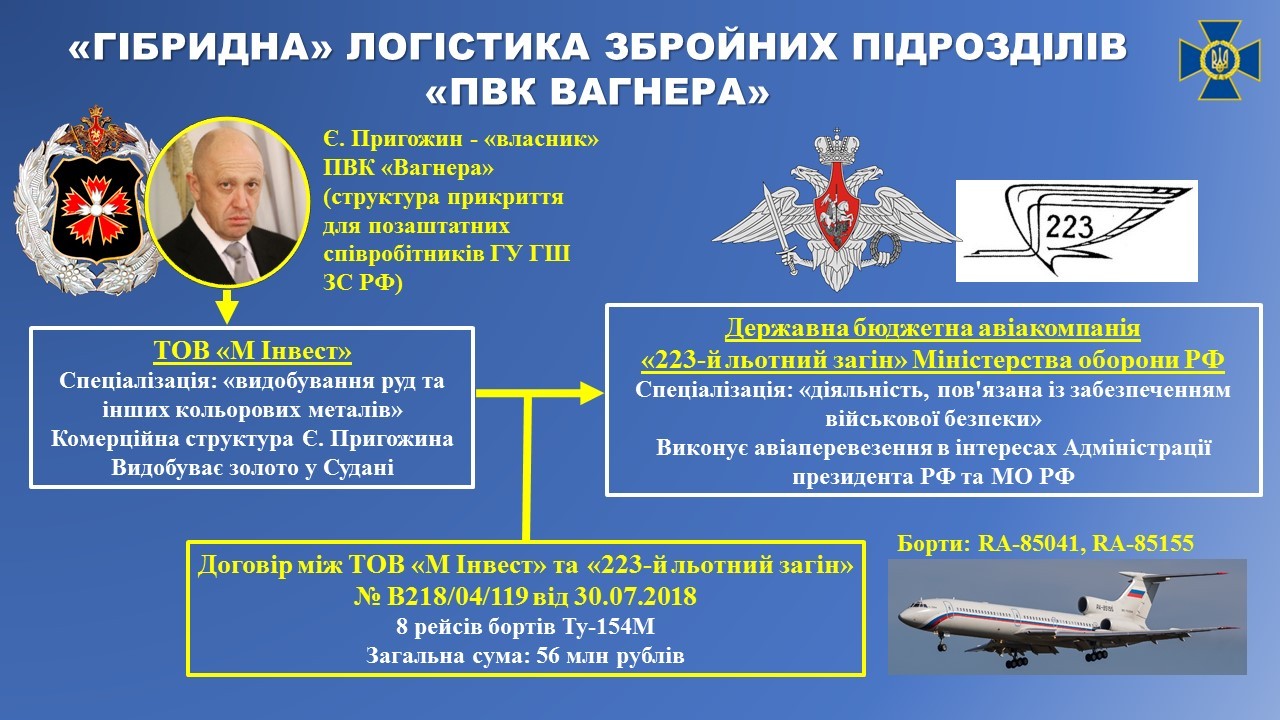 Fact 5. The Ukrainian SBU reports [4]  also contain evidence that it was the Wagner group that participated in the suppression of democratic protests in Sudan (operation in an urban setting). The lists of those mercenaries who were there have been published. And among those Wagner troops who were detained in Minsk, at least two (Aleksey Volgin [5] and Vladimir Li [6]) were in Sudan during the suppression of the protests.

Fact 6. In the video of the arrest [7], we can not only a sheet with inscriptions in Arabic, but also a top-up card of a Sudanese telecom operator’s mobile phone. It depicts the Khatmiyah Mosque in the city of Kassala (Sudan). It is very difficult to buy top-up cards of Sudanese mobile operators in Russia or Belarus and then fly to Sudan with them. This can only mean one thing: they didn’t arrive in Belarus to fly to a country like Sudan but, on the opposite, they had come back from Sudan (Volgin and Li could still have papers in Arabic and Sudanese top-up cards left in their bags after a recent trip there). 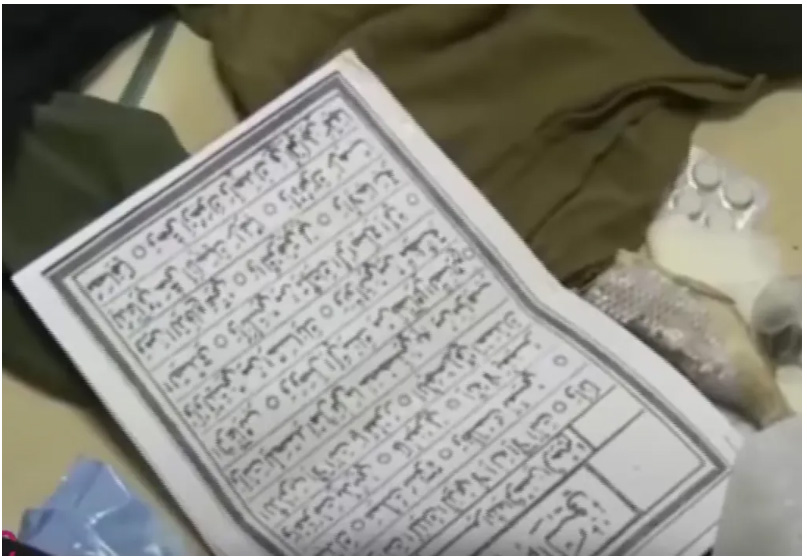 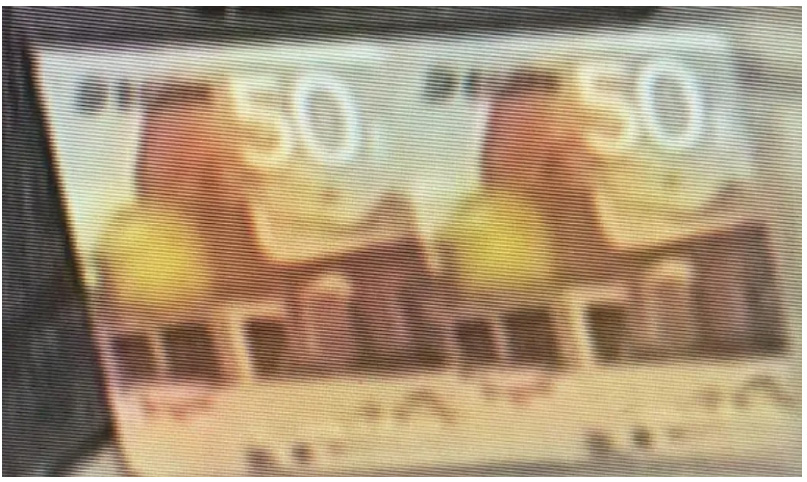 Fact 7. For the last 6 years, Ukrainian special agencies have been closely cooperating with the intelligence community of NATO member states. Obviously, every NATO country (including Turkey, which is especially interested in Russian mercenaries because they kill its soldiers in Libya) has complete lists of members of the Wagner group, most definitely of people like Volgin, whose names are already listed on the official website of the SBU. This makes the theory that the Russian mercenaries were planning to fly to Turkey absolutely implausible.

Fact 8. The detainees had personal army tokens with personal numbers, exactly the same M series used by the Wagner group. Ихтамнет_м0209 [8] wrote about it [9] in more detail earlier .

Fact 9. All Telegram channels and “opposition experts” controlled by Russian special services, propaganda channels (RT) and other controlled media, including the ones based in Ukraine (Strana.ua), as well as officials (the Russian ambassador in the Republic of Belarus), in their characteristic hysterical manner began started making false statements and pushing fake claims trying to vindicate the detained Russian citizens, saying that they are airsoft players or just simple guards who had plans to legally fly through Turkey.

Belarusian special services, possibly with the assistance of its Western colleagues, have captured one of several groups employed by Russian military intelligence, which likely planned to provoke violence during the expected electoral protests, including the use of sniper fire on civilians (similar to the events in Kyiv in February 2014). These plans were drawn up in Russia and aimed to destabilize the situation in Belarus to the point where Putin would have sufficient grounds to deploy “peacemaker” troops to “bring order” but in reality to annex Belarus. The significant public outcry will possibly force Russia to cancel these plans and call back the remaining members of the group. However, if Putin decides to go all in, other scenarios to destabilize the country remain possible.