With this publication, InformNapalm volunteer intelligence community begins the series of articles analyzing the data from the laptop of the commander of artillery of the so-called 1st Army Corps of Russian occupation troops in Donbas. The data was exclusively provided to InformNapalm by the hacktivists of the Ukrainian Cyber Alliance (UCA [1]). It has been confirmed that the laptop owner is a Russian lieutenant colonel, who uses the alias “V. Skorokhod” and who replaced another Russian officer, Colonel Igor Valentinovich Yagelsky [2], in a rotation.

In the first publication, we will publish the information about the armament of the Artillery Brigade Group of the 5th Motorized Rifle Brigade (5th MRB “Oplot”, military unit 08805), provide the list of battalion commanders of the 1st Army Corps, and talk about Russian military simulators used in the Donbas to train local collaborators.

The information we’re publishing has no operational value, since it refers to the period of Fall 2015 – Spring 2016.

The list of artillery battalion commanders with a remark: “To Voronov Alexey (head of artillery training department of General Staff)”. File created: 7/27/2015. 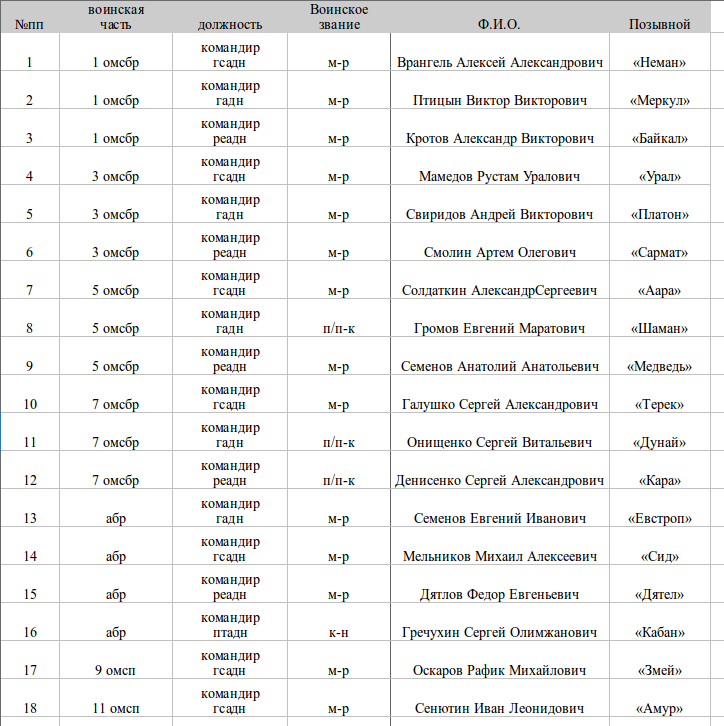 
It is also known that battery commanders, who are often local collaborators of the invaders, are trained by Russian contract officers. Modern artillery simulators and GLONASS / GPS army navigators are used in their training.

December 2015, the positions of 9th Motorized Rifle Regiment. The photo shows the screen of the newest artillery simulator 9F6017 “Arterra-BT-3D”. For comparison, we provide a screenshot from the official video presentation of this simulator’s developer. 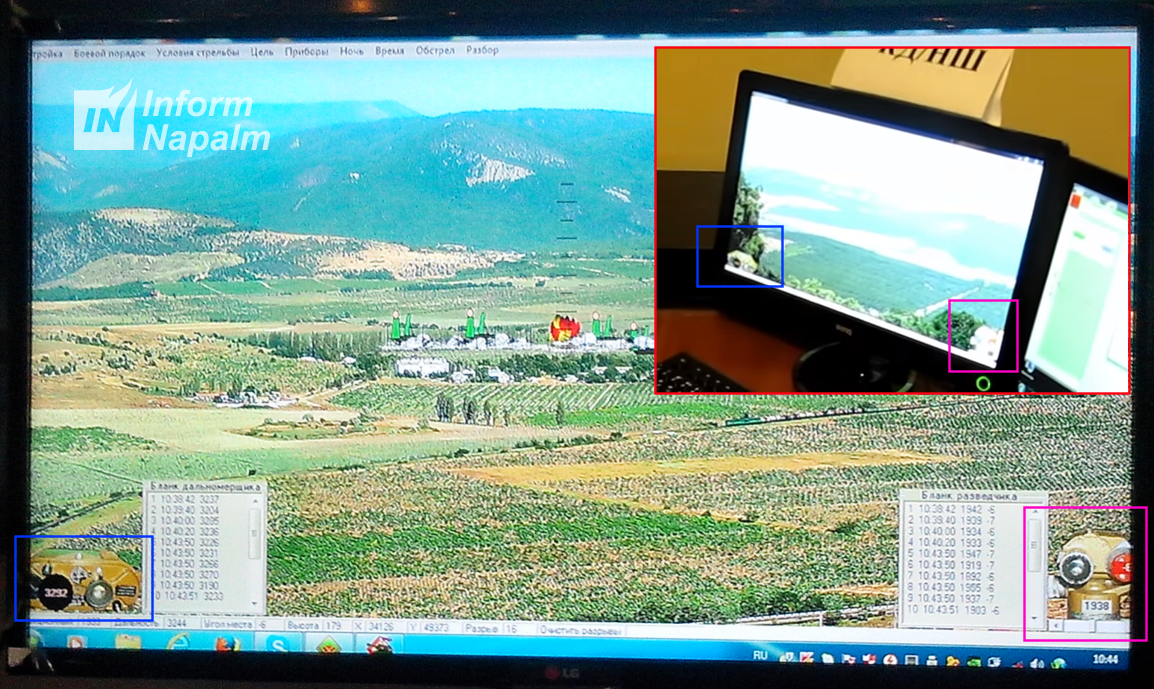 October 2015. In the picture from an artillery platoon commanders’ meeting of the 1st MRB you can see a modern Russian navigation unit GLONASS / GPS 14C822 Grot-M. 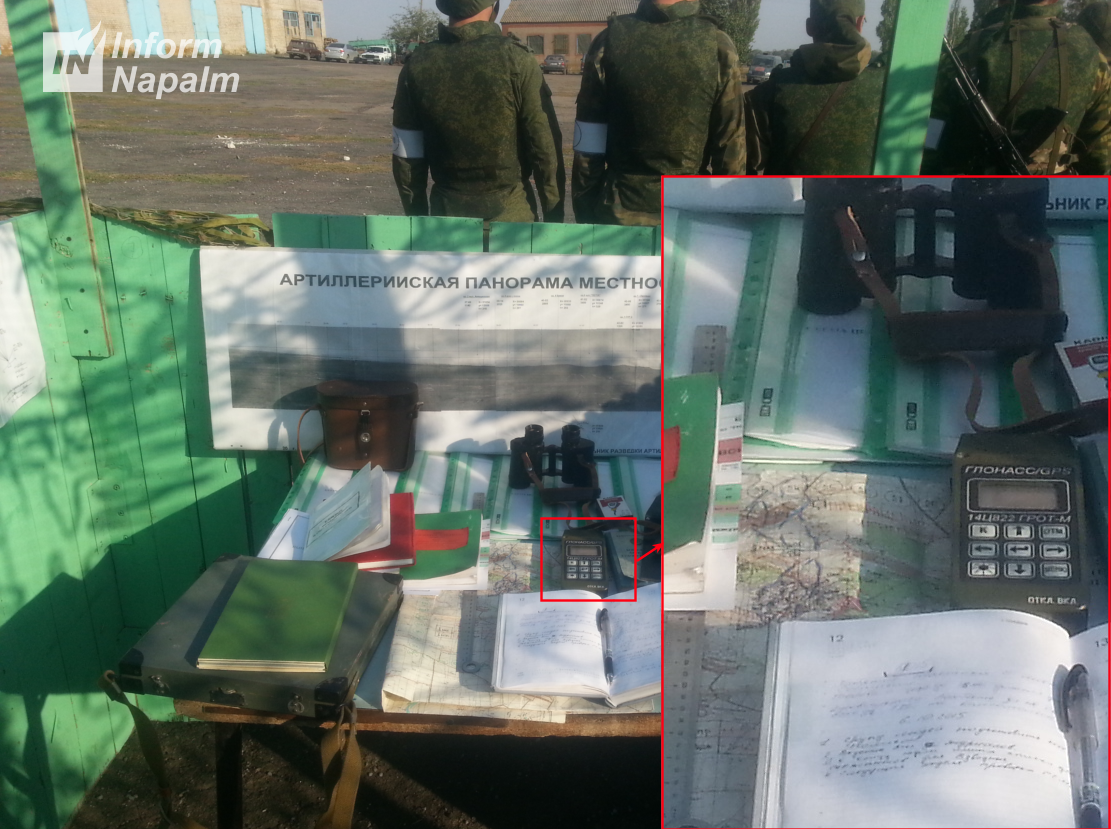 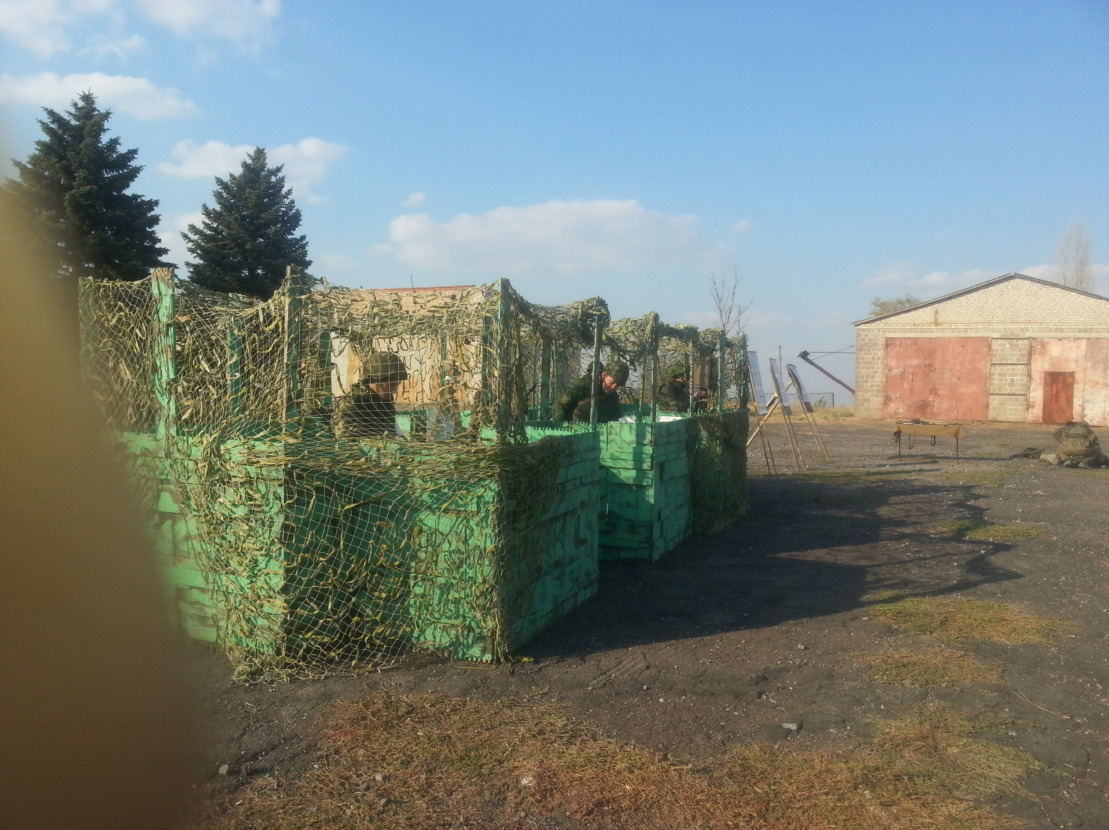 In conclusion, we will demonstrate several photos with BM-21 MLRS “Grad” vehicles from the reactive artillery battalion of the 3rd MRB. The equipment is disguised as army trucks and is located inside the production facilities of Horlivka Machine-Building Plant.

The data for this investigation was exclusively provided to InformNapalm by hacktivists of UCA. InformNapalm Community bears no responsibility for the sources and origin of the data. We analyze and supplement materials on open source intelligence basis

This publication was prepared specially for InformNapalm [66].

Translated by InformNapalm English
An active link to the authors and our project is obligatory for any reprint or further public use of the material.
(Creative Commons — Attribution 4.0 International — CC BY 4.0 [67])
Repost and share with friends.
For notifications about InformNapalm investigations follow us on Facebook [68] / Twitter [69] / Telegram [70].