The Russian Federation manages the terrorist groups of the DPR and LPR in the east of Ukraine – this thesis is widely accepted now by everybody but Russian propaganda and a few marginal admirers of Russia from other countries of the world. And if everything is very clear and almost transparent in the case of the DPR and LPR, the cooperation of Russian special services with the ISIS terrorist organization has not been proven to date, although many experts have repeatedly drawn attention to the signs of such cooperation. It is in the interest of Russia to keep the “scarecrow” in the Middle East to preserve the image of “an ally of the world community in the fight against international terrorism.”

There is no direct proof of cooperation of ISIS and the Russian government in open sources so far. There are videos of terrorists demonstrating execution of allegedly Russian intelligence and FSB officers, but they could have been intended to remove any suspicions from the Kremlin. Aide to the Russian President Vladislav Surkov has not yet been seen on joint photos with the ISIS leaders, unlike his photos from meetings of the Union of Donbas Volunteers [1]. And Russian propagandists do not forget to mention that ISIS is banned in Russia. But some facts indicate that Russian militants in the Donbas and the terrorists of ISIS can have the same assistants and curators.

In 2015, InformNapalm volunteers revealed that some Russian mercenaries who were then in Syria [2], back 2014 fought in the Donbas. New evidence of Syrian deployments of the defenders of the “Russian world” were found. During monitoring of social media, photos of Russian mercenaries in Syria were found; the photos were taken in front of the Humvee military trucks that were captured by ISIS from the Iraqi army in 2014. 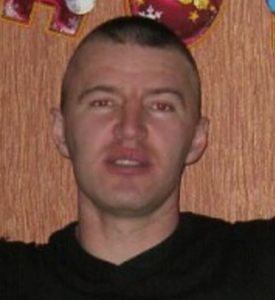 Tamerlan Ruslanovich Gogaev, possibly a professional soldier of the Russian Armed Forces or a mercenary from one of the Russian PMCs affiliated with Russian special services, attracted attention of InformNapalm investigators. His call sign is “Ardon”. He was born in the town of Ardon in North Ossetia on 07/07/1987.

He is a veteran of the Russian invasion of Georgia  . Subsequently, from 2011 to February 2014, he was a contract serviceman [3] of one of the special forces units of the Russian Internal Troops in the North Caucasus. Since August 2014, he was in the ranks of the militants of the Russian terrorist group “Sut Vremeny” (The Essence of Time), possibly as a curator, whose members [4] joined the Vostok terrorist battalion which fights in the Donbas as part of the DPR. 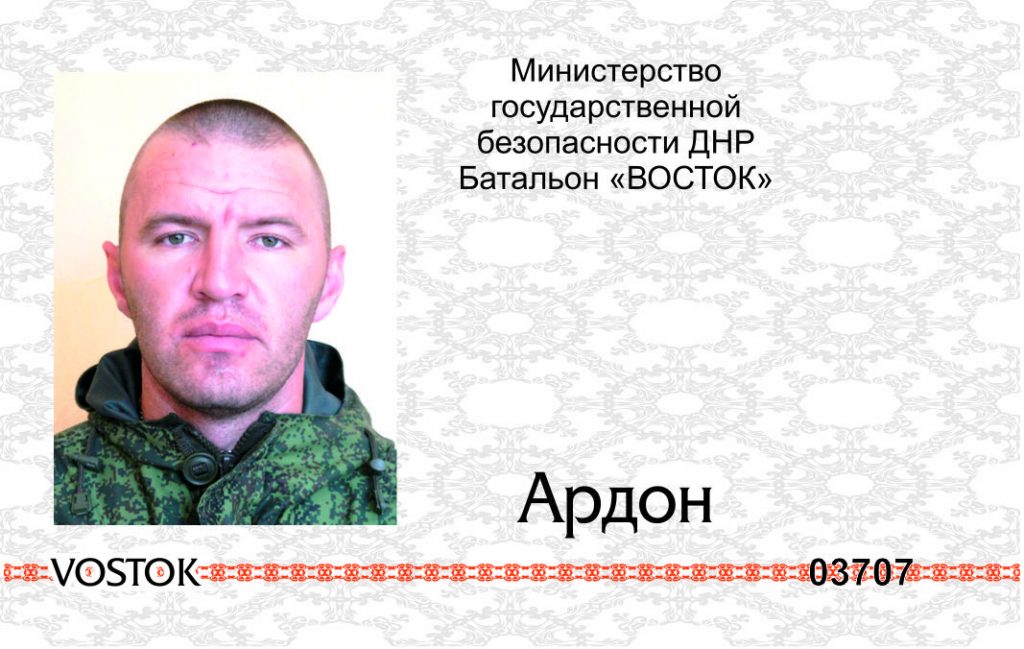 It is interesting that Ardon and a number of his colleagues from the Vostok Battalion were listed as killed (“the 200th”) in the disinformation list [17] of the Russian so-called human rights activist Elena Vasilieva. The entry notes: “No. 134. Call sign “Ardon”, Vostok battalion, killed, confirmed by Myrotvorets, full name is not known “.  There is a double error in the Russian “human rights defender’s” statement: Ardon is not dead, and the Myrotvorets Center [18] has never confirmed his death but wrote a request to identify some militants, including Ardon. Perhaps, the Vasilieva’s list was created to conceal Russian agents whose mission in the Donbas was completed and it was planned that they would go Syria.

Ardon’s photo albums in social media, in which, in 2016, the images of the DPR fighters in eastern Ukraine alternated with the photographs of the Russian military personnel in the North Caucasus (1 [19], 2 [20], 3 [21]), suggest that in 2014 he did not interrupt his military career. Probably, he was discharged from the Russian Armed Forces and joined one of the private military companies (PMC) under the cover of which Russian special services conduct military operations in the Donbas and Syria.

If the Ardon’s photos from the Donbas and the Caucasus look quite ordinary, a couple of pictures (4 [22] and 5 [23]) from Syria, uploaded to his OK on June 3, 2016, drew our attention. Ardon posted the same photographs on his VK account on June 27 [24] and September 11 [25], 2016. The pictures of armed people against the background of a column of five army Hummers of sand color and a Russian military command vehicle on the KamAZ chassis look very impressive. Though the poor quality of the photos and the hidden faces of the posing have not yet allowed to identify them, we can state that:
1. The pictures were taken in Syria.
2. On the photos, the Russians are posing in full combat gear, dressed in the military Gorka uniform. The same type of uniforms is used by ISIS fighters. 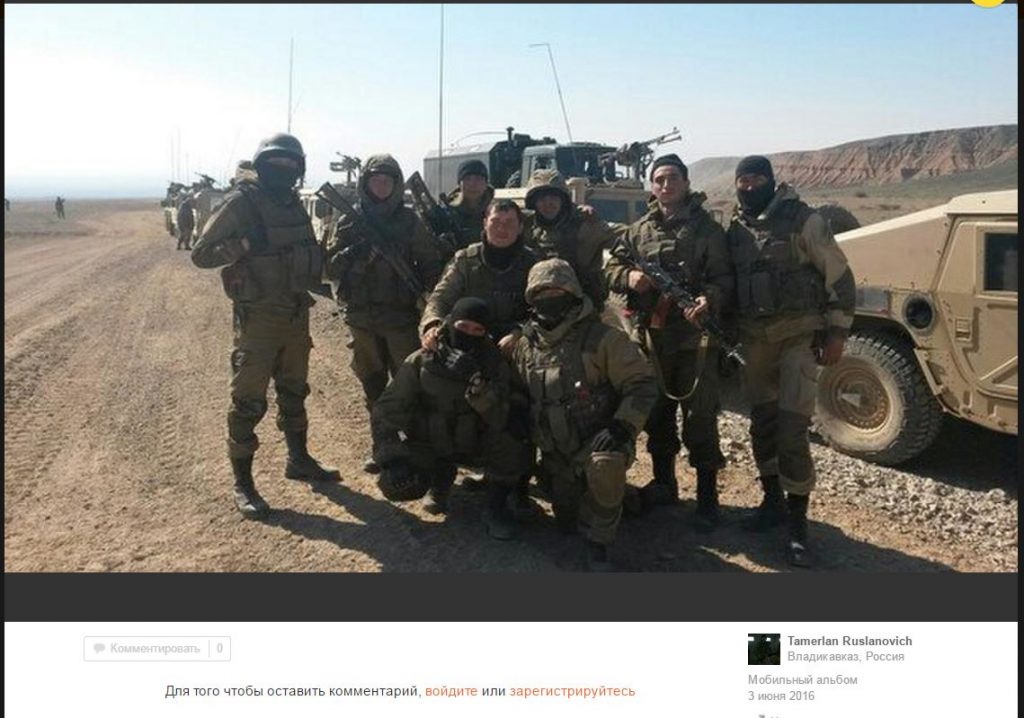 Note: when we checked the Syrian photos through images.google, we found out that the picture of the Russians in front of the convoys of Hummers was first posted on the page of the user  etoonda [26] on LiveJournal in January 2016. The search for the second photo with Hummers did not produce any results which may indicate that the image belongs to Ardon personally. 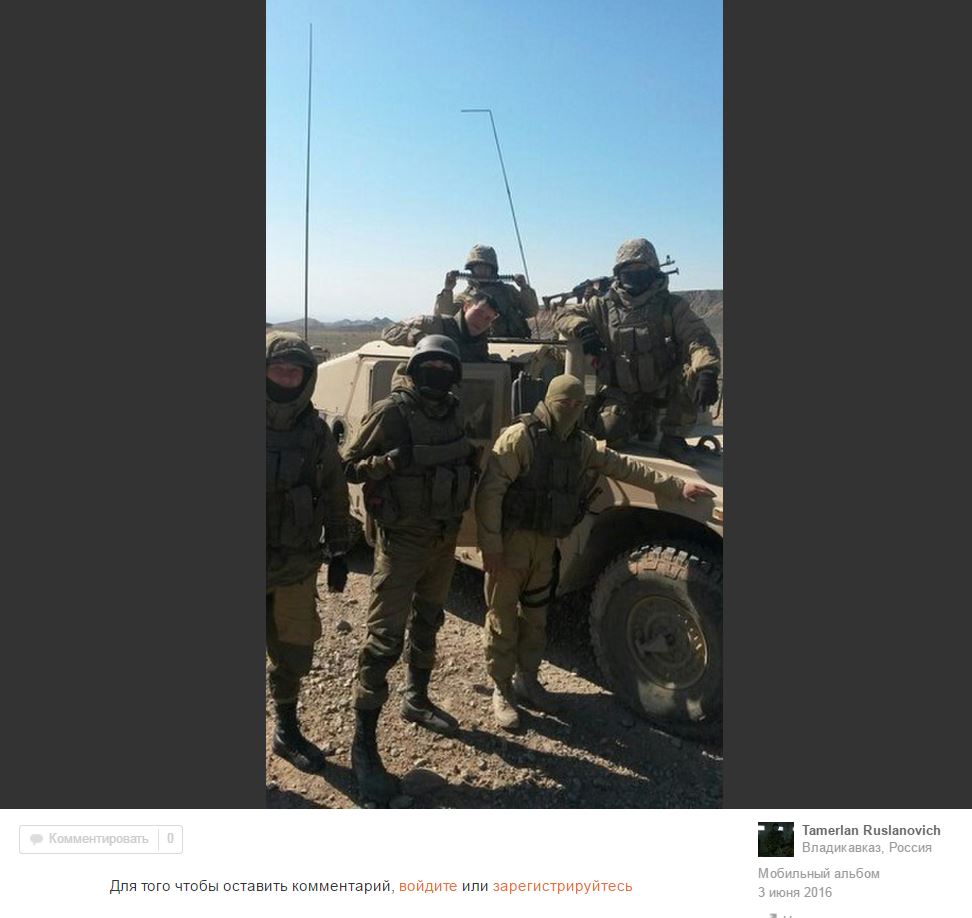 The posing in front of Hummers armed people do not look like ordinary Russian military whom we previously identified in Syria. Most likely, these are special forces or PMCs, perhaps two in one – Russian special forces operating in Syria under the guise of a private military company. It is hard to say why Ardon posted these photos in his photo albums. If he and his military comrades had nothing to do with a Syrian deployment, what’s the point of publishing such pictures? In order to supplement his album unrelated thematic photos, one can find better images.

Anyway, those are Russian in the photos with Humvees in Syria. As is known, these American vehicles are not in service with the Russian Armed Forces. Hypothetically, these Hummers could have been captured by the Russians from the Ukrainian Armed Forces [27] in the Donbas and then shipped to Syria for provocation purposes. Though, it seems unlikely.

According to several sources [28], more than 2 thousand Hummers were transferred by the US military to the Iraq authorities and then captured by ISIS militants in 2014. Some of those captured Hummers were transferred by ISIS to Syria [29] for their needs. And after a while the Russians are posing in Syria in front of several similar vehicles. But if the Russian military would have seized these Hummers from ISIS, Russian propaganda would not fail to take advantage of this, having trumpeted about the “victory” for the whole world. However, nothing like this happened. The described photo has got only on several blogs without any description. The question arises: why? Is it because the Russian special forces (or PMCs) act in coordination with the ISIS militants? 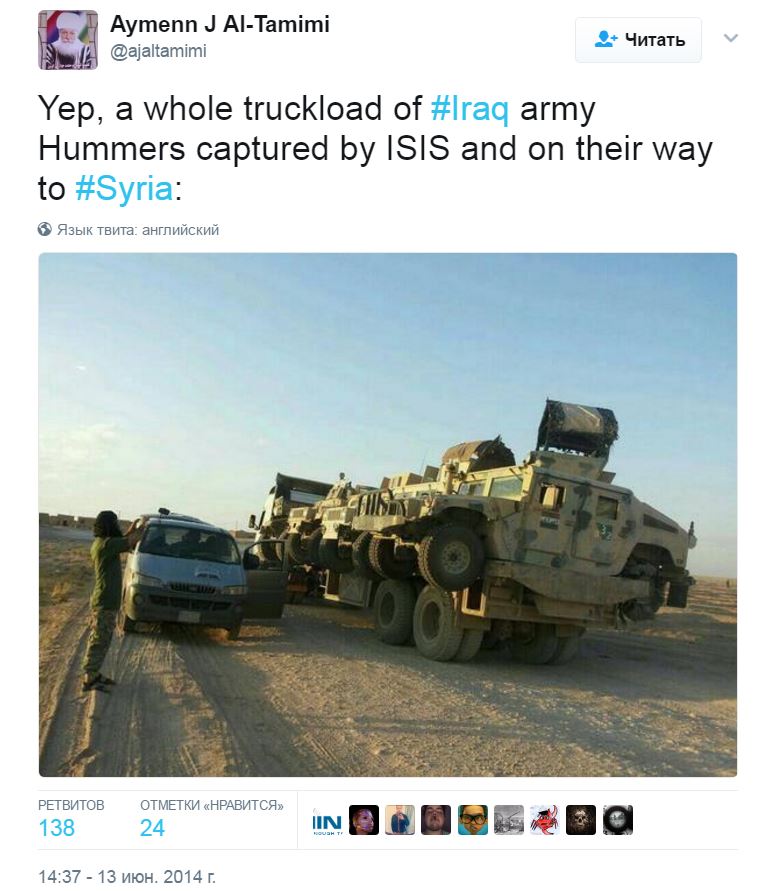 Studying social media accounts of other Russian militants who fought in the Donbas, we often see photographs of Syria among their photos. 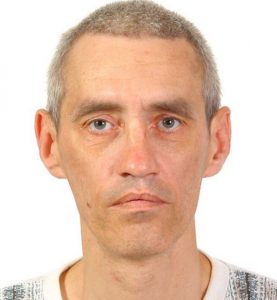 He is a militant from the 1st Slavic Brigade, the Dixon Battalion.

Until recently, his account also contained a series of photos from the Middle East. Saveliev himself also liked to pose in the Gorka uniform. 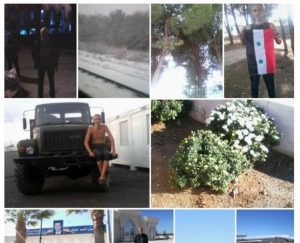 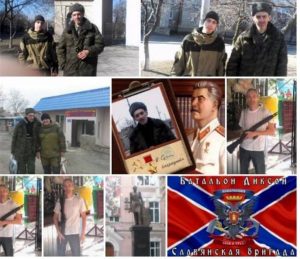 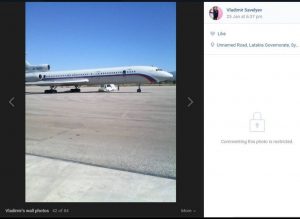 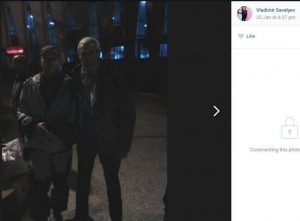 This publication does not provide direct evidence, it only raises a number of questions about the possible links of Russian special services and the coordination of their actions with the ISIS terrorist organization. The traces of this cooperation are much more difficult to detect than the connection between the DPR and LPR with the Kremlin. But bloggers and investigators are increasingly paying attention to the indirect signs of this. The truth is somewhere near…

Prepared by InformNapalm on the basis of its own OSINT investigation.

[33](CC BY) Information specially prepared for InformNapalm.org [34] site, an active link to the authors and our project is obligatory for any reprint or further use of the material.