Our community has identified another base of the Russian occupation forces. This time it is located in the center of the occupied Donetsk.

The updated Yandex.Maps [1] clearly show the concentration of military vehicles around the buildings in this area. And the social profile [2] of one of the Russian militants stores photos [3] of various military equipment. The 2S1 ‘Gvozdika’ 122mm self-propelled artillery piece immediately grasps our attention – it should have been withdrawn far behind the city limits ages ago (of course, if the ‘local militants’ would want to end the war). 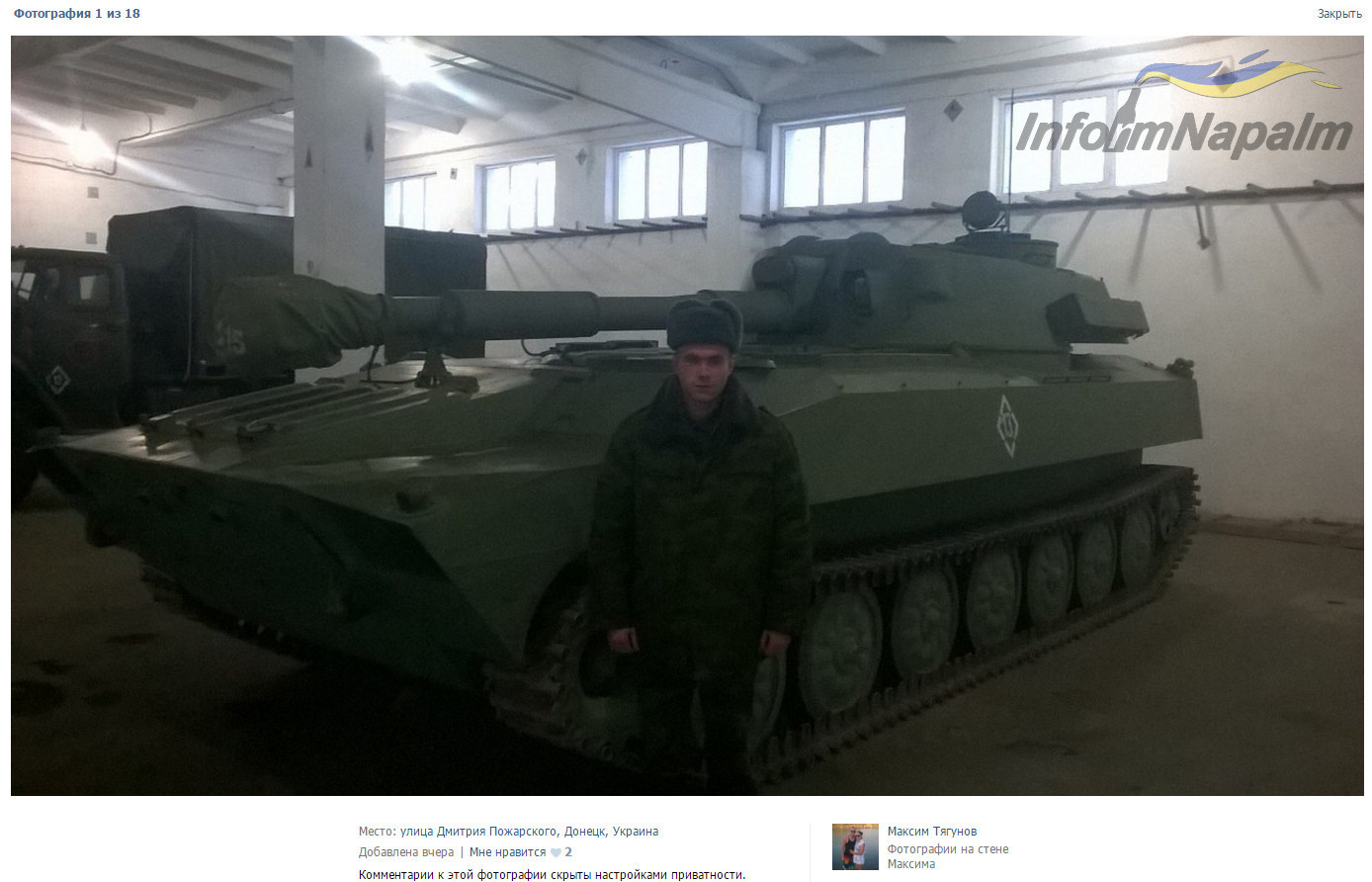 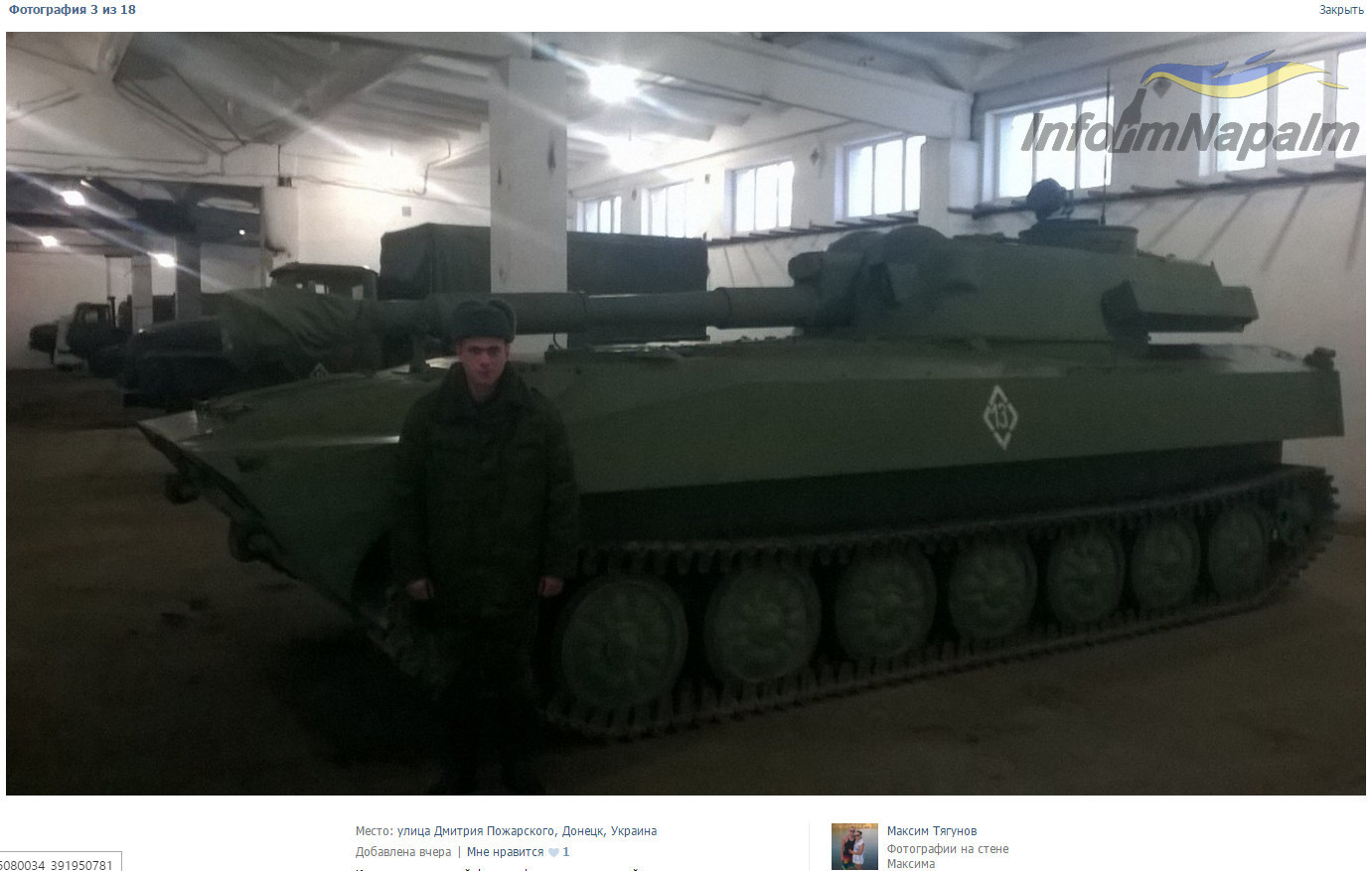 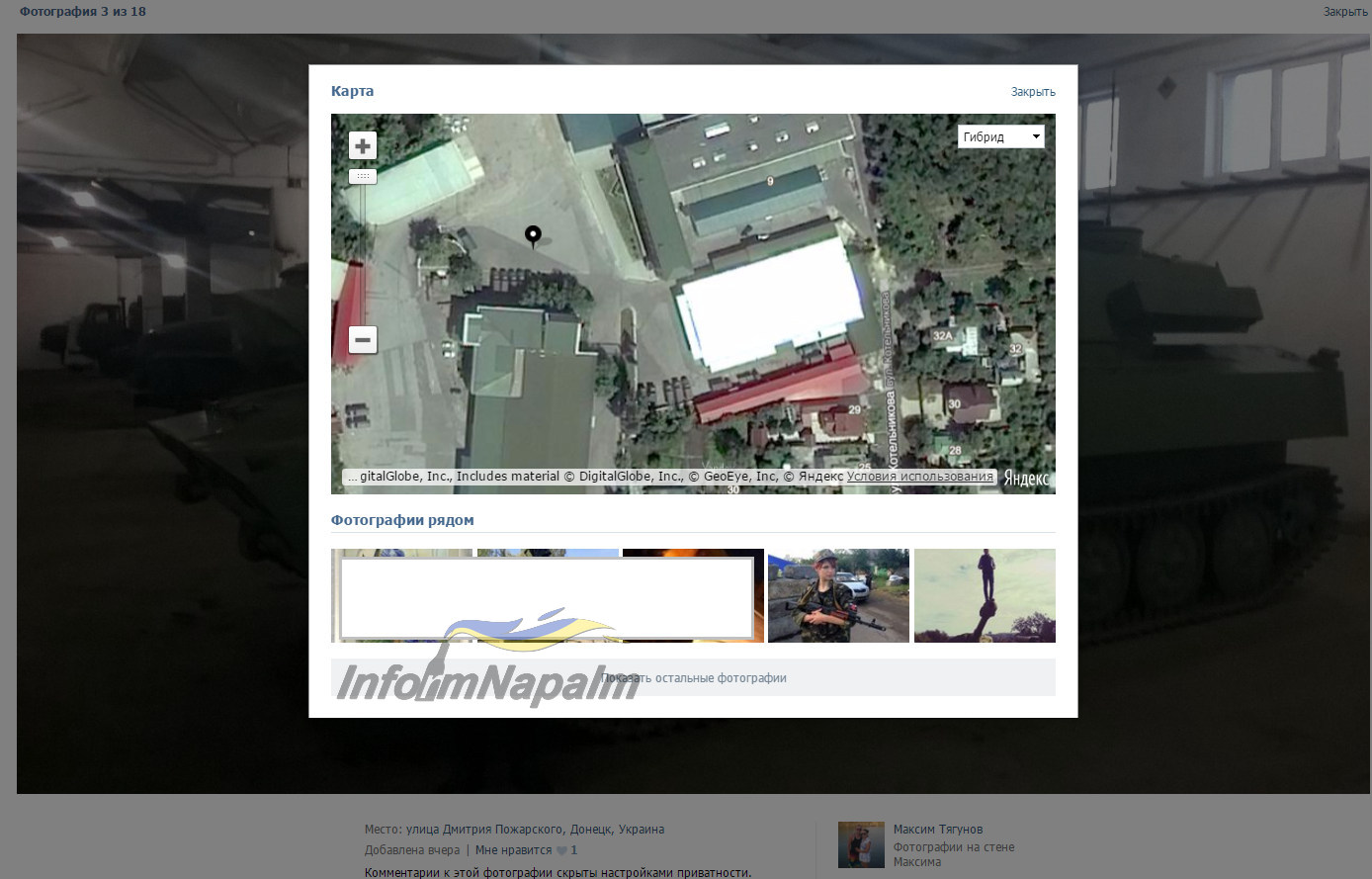 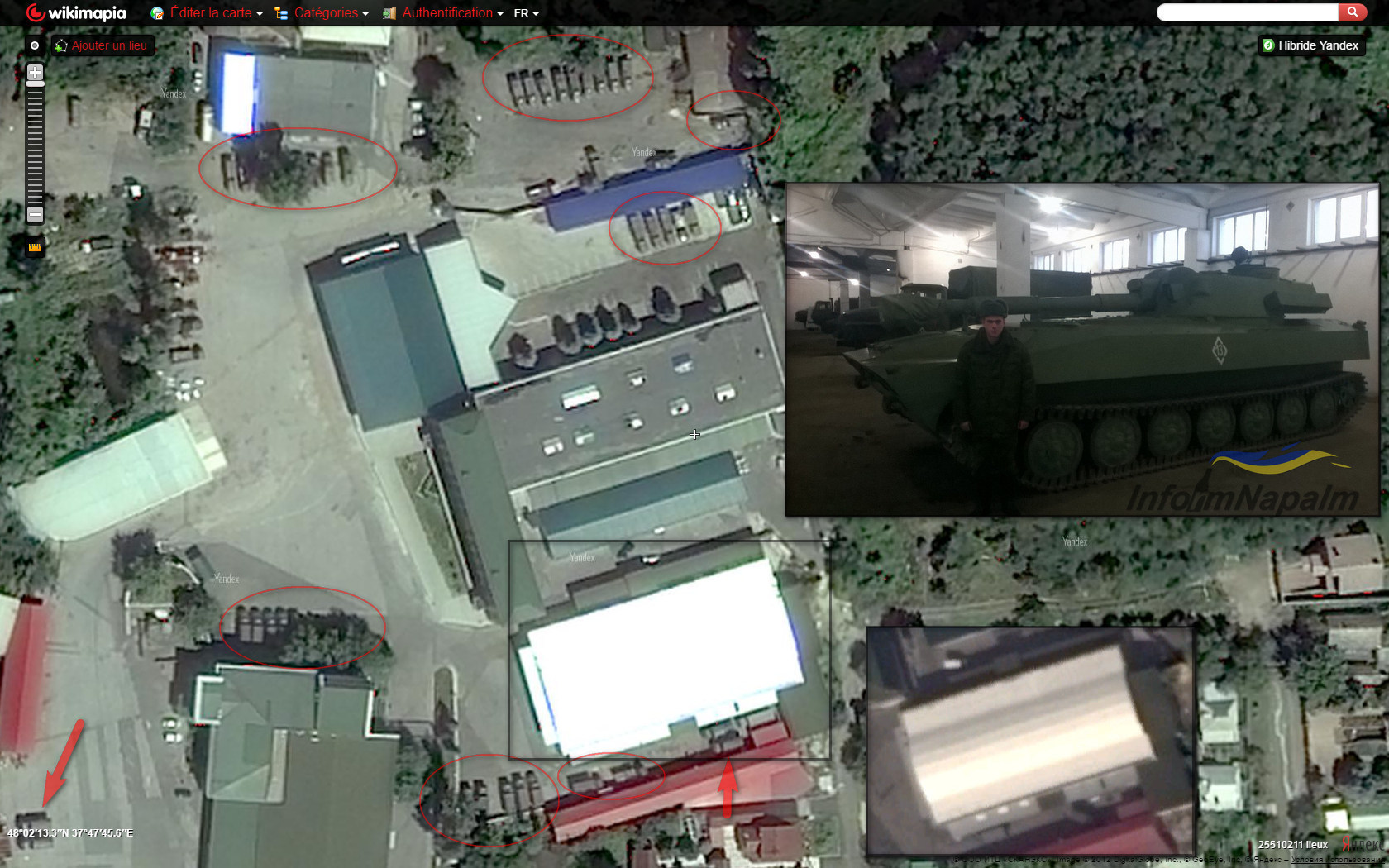 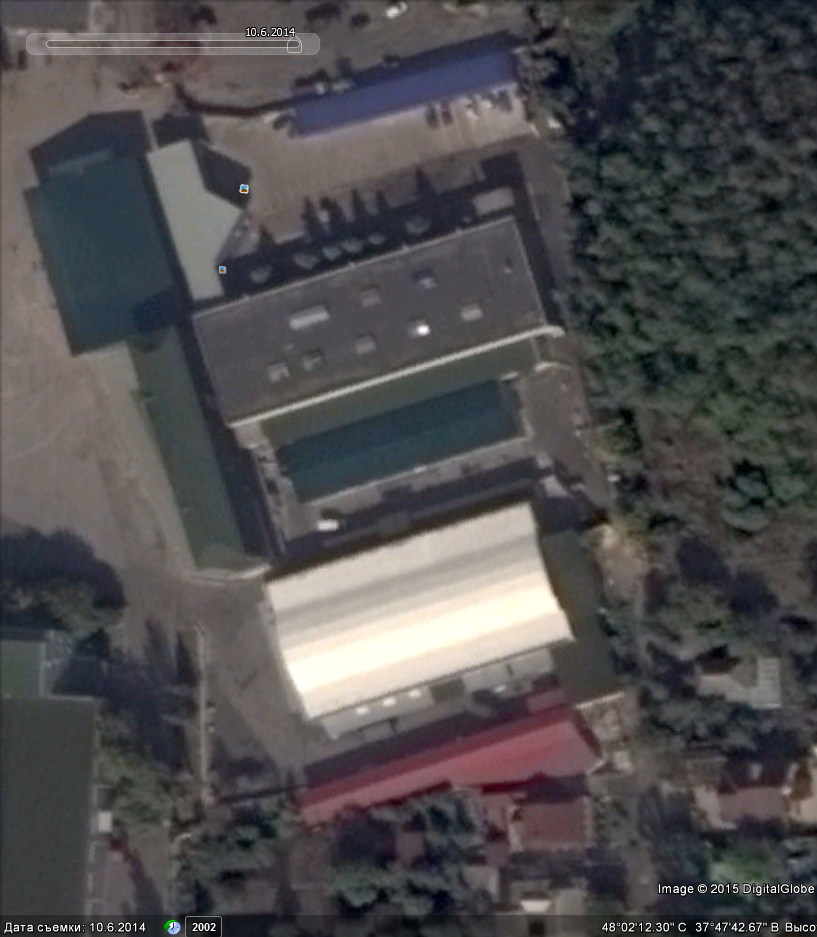 Since it is hard to identify these buildings from within, a better GoogleEarth satellite image was found in addition to the photo’s geotag. The picture taken on June 6, 2014 shows a roof of a building having the same shape as the building with the military equipment of the Donetsk Corps of the Russian Federation’s forces.

As we can see, the Kremlin is not withdrawing its heavy weaponry from the delimitation line. And if we look at the calendar it becomes clear that Russia is not going to fulfill the Minsk agreements and pull out its occupation forces from Donbas till January 1, 2016.