The ex-leader of the DPR terrorists, Igor Girkin, says that the latest statement by the current DPR leader Alexander Zakharchenko on the founding of Malorossiya in Ukraine is a provocation at an international level and likely comes from political manipulators in Vladislav Surkov’s organization Union of Donbas Volunteers. The idea was to suggest a course of action to the Kremlin hawks, who have not responded to it by now.

“Of course, the DPR leader Zakharchenko’s statement on Malorossiya received a mild reaction from Kremlin. In fact, this is a pure provocation by Surkov’s people in Mr. Field Marshal’s entourage”.

“Why is this a provocation? The answer is obvious. Such an important political statement – not only about the DPR, but Ukraine as a whole, about a complete reconstruction from an international or global perspective, would not have been possible without direct participation by the Russian political technologists sent to control Zakharchenko. These are Messrs. Kazakov, Prilepin and others, who undoubtedly originate from Surkov’s team,” – stated Igor Girkin.

It is interesting that Vladislav Surkov is being considered Novorossiya’s architect and creator and at the same time the person who is now trying to terminate the project. Those among the first Donbas terrorists, who have now escaped from the Donbas to Russia, including Igor Girkin, strongly oppose Vladislav Surkov and call him a traitor. They demand a solution to the Ukrainian issue with radical methods such as a full-scale Russian invasion instead of the current half-measures.

Another group of separatists is represented by the terrorist Sergey Dubinskiy [2], suspected of the shooting down of Flight MH17. He belongs to the Union of Donbas Volunteers [3] organization. Vladislav Surkov personally attends meetings of this organization [4], posing for photographs with terrorists. 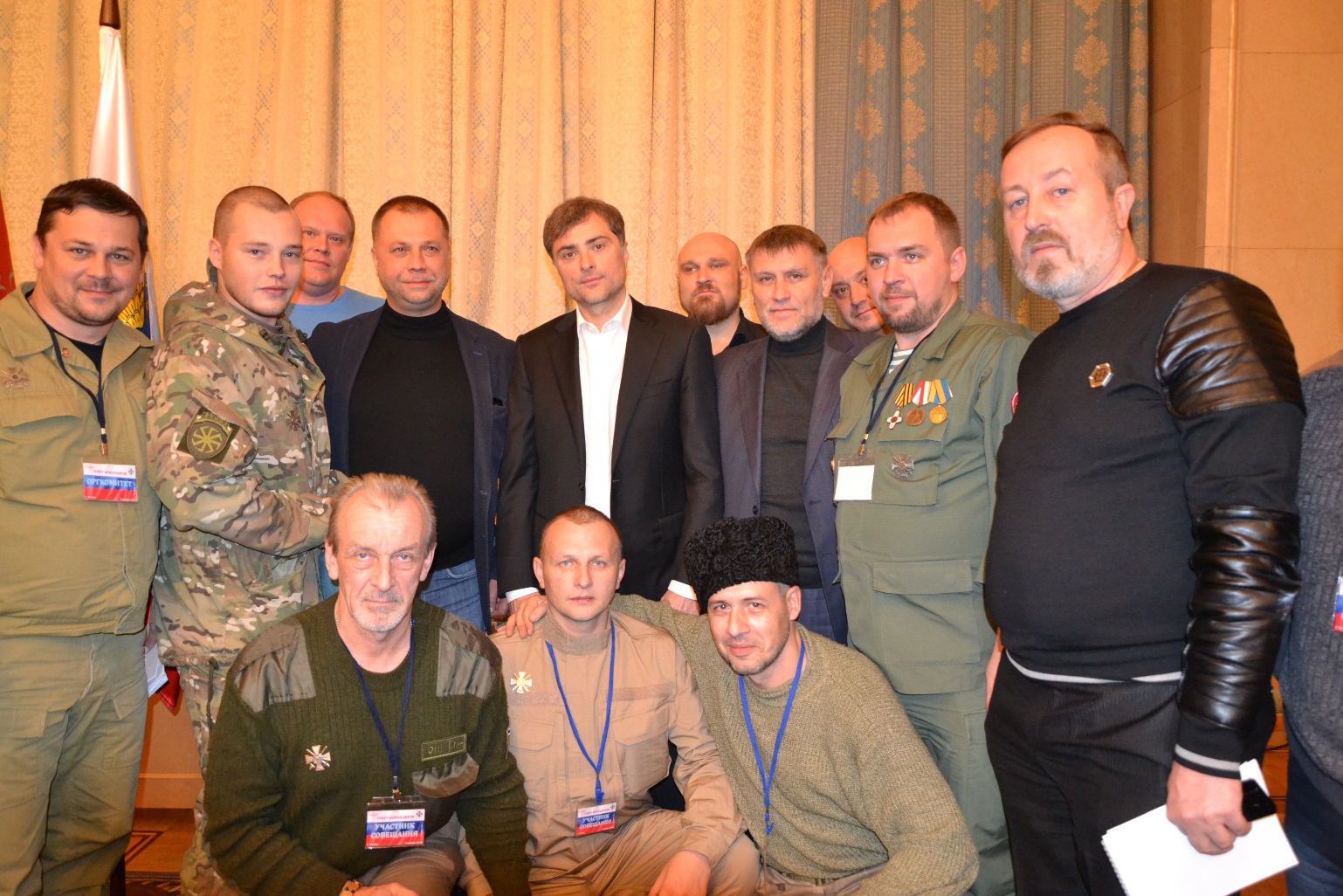 This publication was prepared by  [6]specially for InformNapalm [7].