InformNapalm volunteers have identified yet another Russian war criminal who could become a valuable witness in the future lawsuits against Russia. He is Nikolay Tulnev, a food service officer of the 58th Combined Arms Army of the Southern Military District of the Russian Armed Forces.

Food service is an integral part of military unit logistics. Its task is to supply the armed forces with food. The food service of the Russian Armed Forces is managed by the Central Food Department of the Russian Ministry of Defense. The extent to which a food supply officer can be a precious witness was demonstrated with the example of A. Popov [1], a food service officer of the 18th Separate Motorized Rifle Brigade. His emails, disclosed by the Ukrainian Cyber Alliance (UCA), contained documents that provided us with the list of names of the brigade personnel, as well as the information regarding the deployment of the brigade to Crimea. 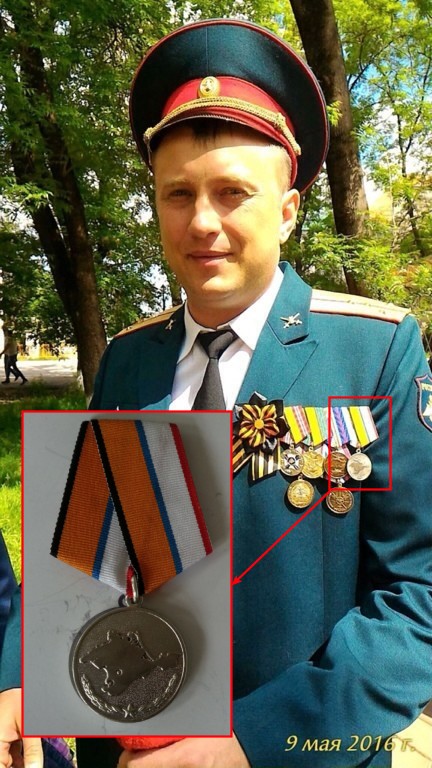 Born in the town of Armavir, Krasnodar Krai. In 1992-2003 studied at the local school #12. In 2008 graduated from the Volsk Military Logistics Institute. 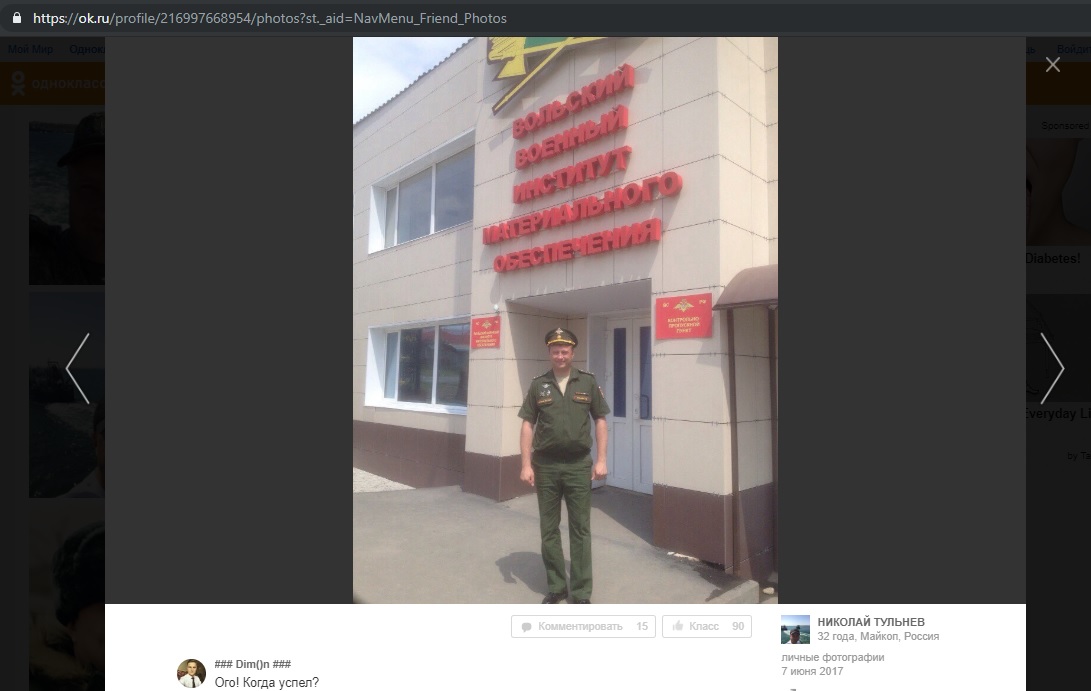 Tulnev served in military unit 92558 (Buynaksk), 182nd Field Bakery (Prokhladny), 99th Logistics Support Brigade (Maikop). In 2017 under the order of the commander of Southern Military District, Tulnev was promoted to the rank of major. 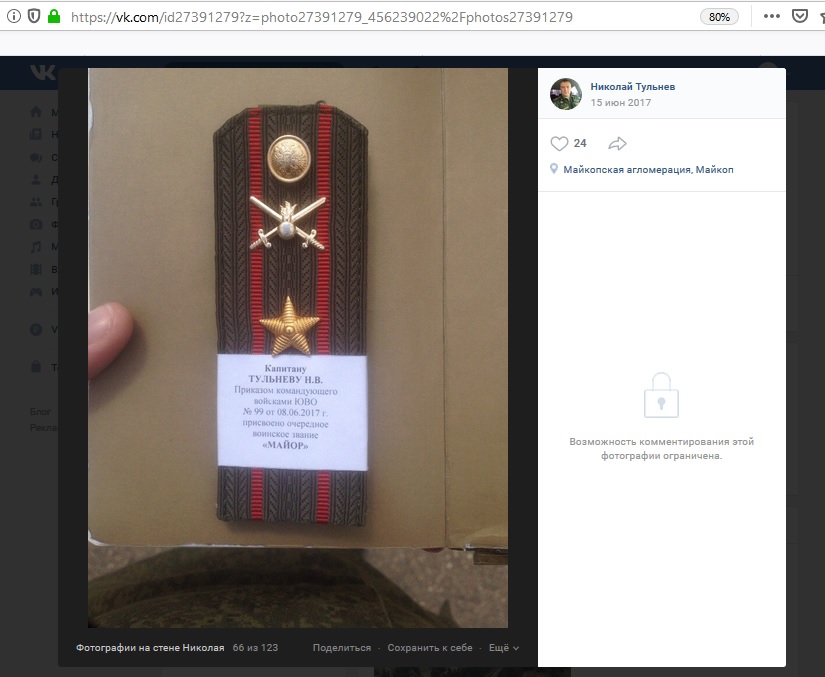 During his military career, Tulnev has served in several units. Thanks to the publications in the Russian media, we were able to establish which unit Tulnev was a part of when he participated in the occupation of Crimea.

On May 24, 2013 the website of Russia TV Kuban published an article [2] where Tulnev was named as the food service commander of the 99th Logistics Support Brigade. 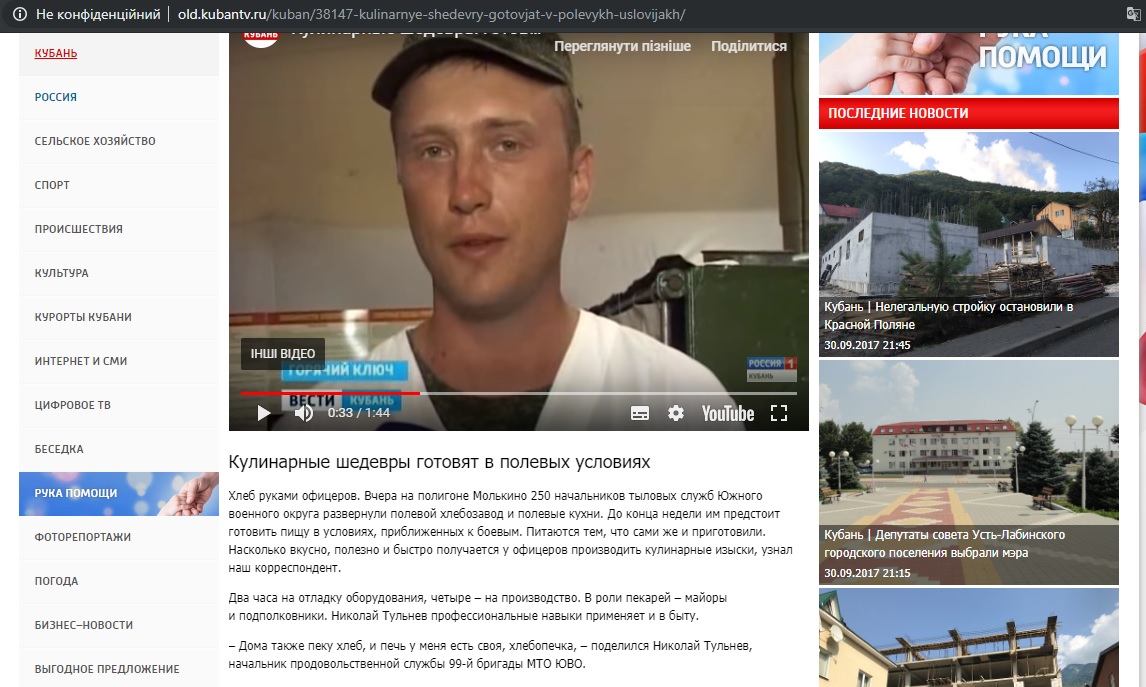 His photo, published in the VKontakte social network in January 2018, shows that his uniform has the insignia of the same 99th Brigade. 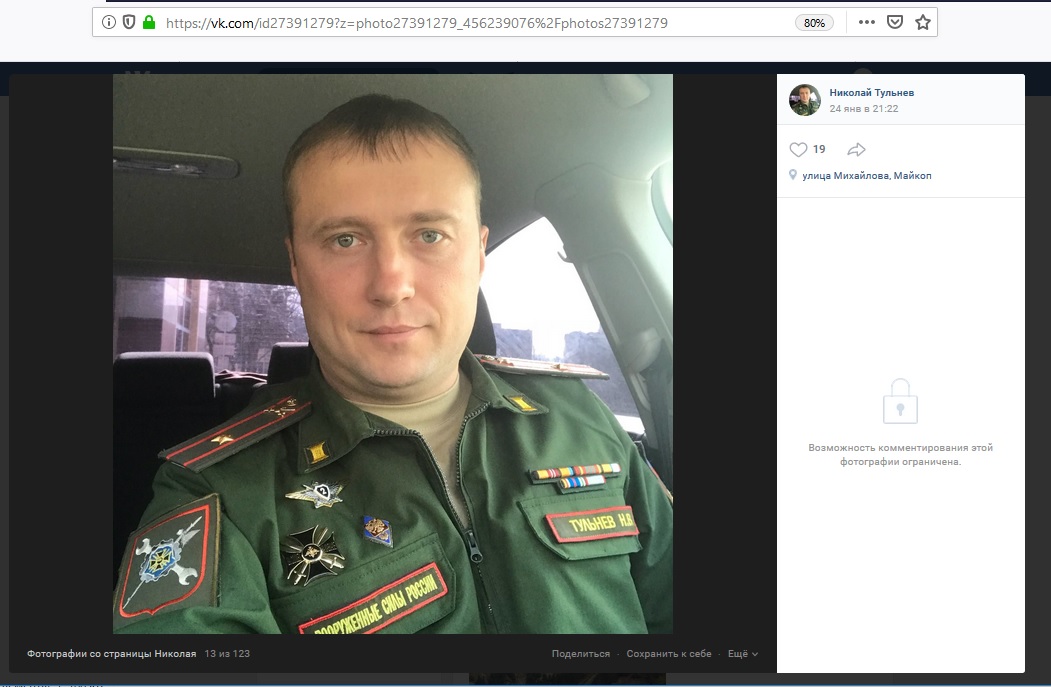 This means that when Tulnev participated in the occupation of Crimea, he was a part of the 99th Brigade of the Russian Armed Forces.

He was later promoted: the article [3] by sevosetia.ru, published on April 27, 2018, referred to Tulnev as the food service commander of the 58th Army. 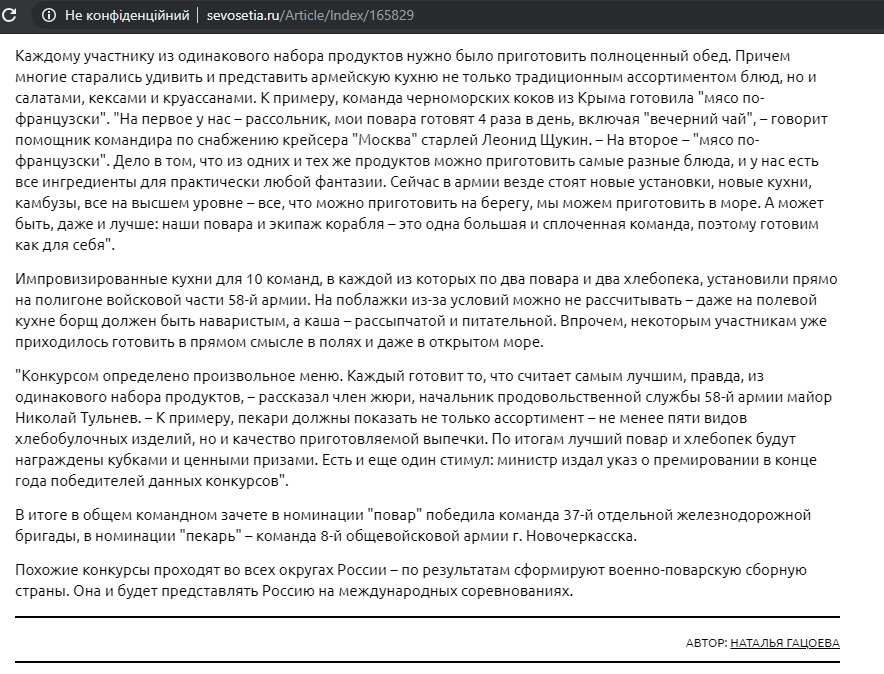 In April 2014 Tulnev published photos taken during the occupation of Crimea. 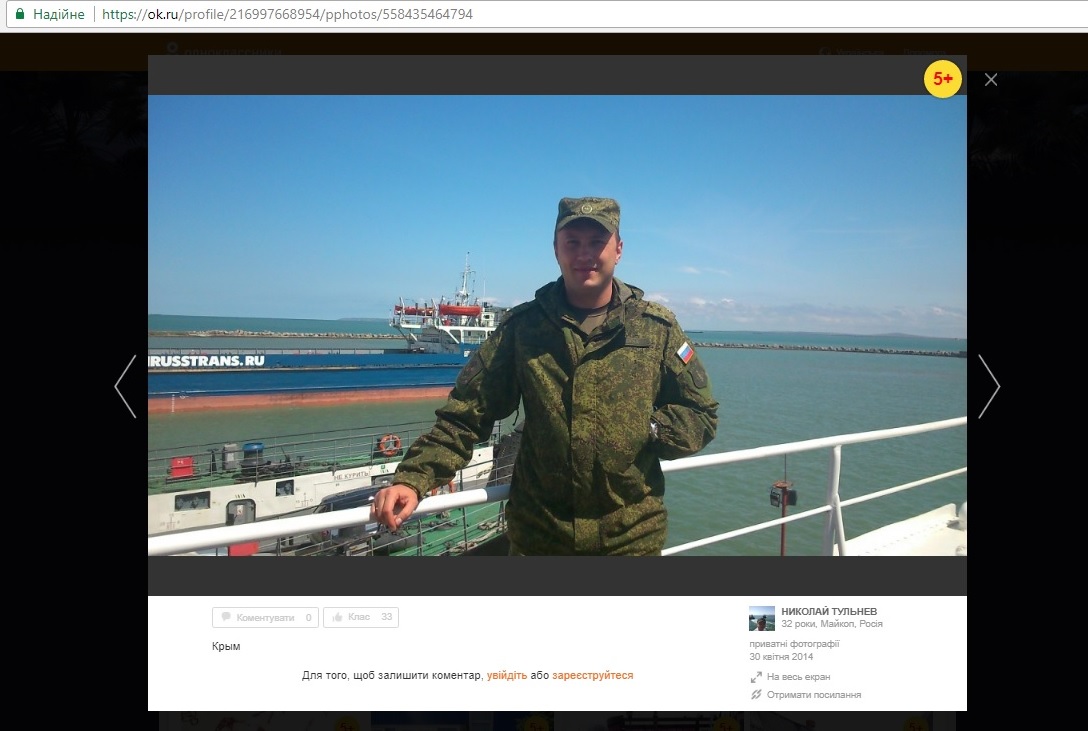 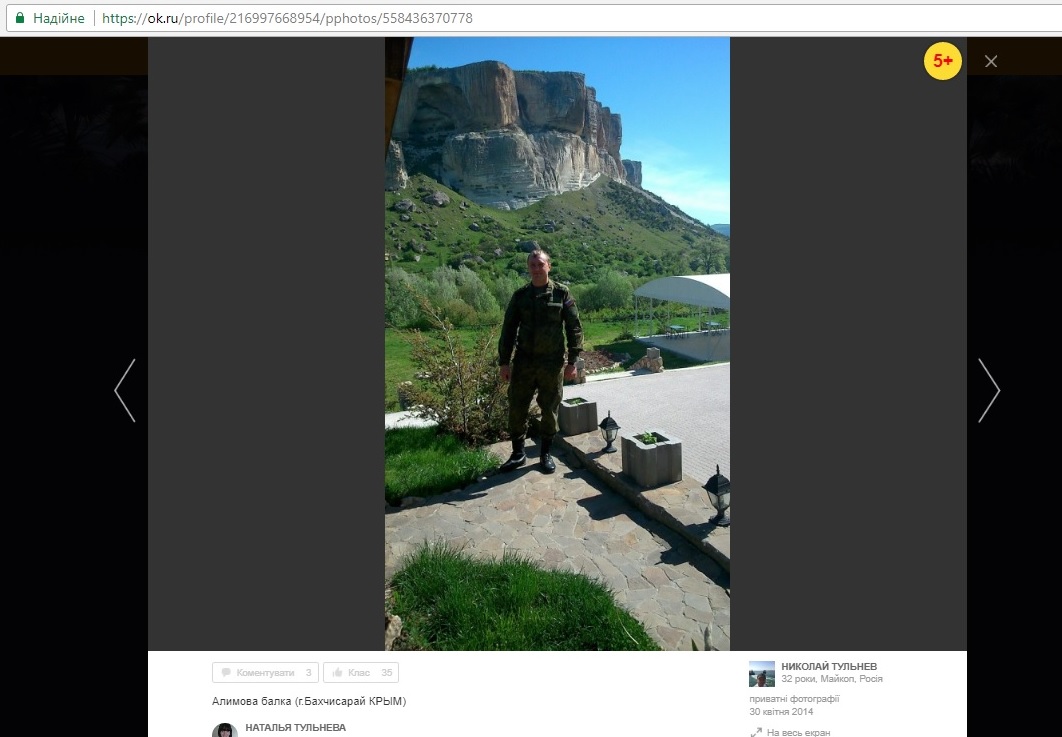 This information will be useful for the future lawsuits against Russia and for personal sanctions against military personnel of the aggressor country.

Translated by Maksym Sviezhentsev, edited by Max Alginin
An active link to the authors and our project is obligatory for any reprint or further public use of the material.
(Creative Commons – Attribution 4.0 International – CC BY 4.0 [37])
Repost and share with friends.
Follow InformNapalm on
Facebook [38] / Twitter [39]