Anders Fogh Rasmussen, the former Secretary General of NATO, has taken the position of Deputy Chairman of the independent Council at the Latvian Norvik Banka [1].

The bank’s owner, Grigory Guselnikov, is a Russian banker, who is also affiliated with Vyatka Bank. Recently, the bank formed a consortium with partners in Belarus for an attempted acquisition of the Ukrainian subsidiary of the Russian Sberbank. The Belarusian side of the deal has ties to business units of Mikhail Gutseriev [2], a Russian oligarch who controls Russneft (oil refineries), B&N Bank, and Eldorado (consumer electronics retail chain). Guselnikov even worked for Gutseriev in the past. Moreover, Mikhail Gutseriev and Sait-Salam Gutseriev are listed in the recent US report on Russian oligarchs with close ties to the Kremlin.

Since the beginning of the war in Ukraine, many banks with Russian affiliation encountered problems in the country. The subsidiary of the Russian Sberbank attempted many tricks to remain a part of the Ukrainian market, however, the operations of its branches were significantly hampered by widespread pickets organized by groups of Ukrainian patriots.

Early in 2017 it appeared the investors from Belarus and Latvia were ready to buy out Sberbank’s Ukrainian operation. However, the elaborate deal that would have transferred the assets to Russian owners, ultimately fell through, and, according to the latest data, the lucrative piece of the Ukrainian banking industry is now controlled by Serhiy Tihipko, a local Ukrainian oligarch [3].

Looking at the new position of Anders Rasmussen from the business perspective, it represents a yet another successful attempt to engage persons of influence. Rasmussen is a well-known Danish politician whose career includes the posts of the Minister of Tax and the Minister of Economic Affairs (1987-1992), the Prime Minister of Denmark (2001-2009), and the Secretary General of NATO (2009-2014). Yet it is notable that the bank with obvious Russian roots and ranked 8th [4] in Latvia was the one that was able to bring in a politician of such standing. One is only left to wonder what Russian bank will become the future employer of the current Secretary General.

It is possible that this is a purely business transaction. After all, Rasmussen also serves as an advisor to President Poroshenko. However, we have already seen how business appointments of former politicians ultimately start affecting the events in Ukraine, albeit indirectly. The most prominent case was when the former German Chancellor Gerhard Schroeder went to work for the Russian Gazprom. 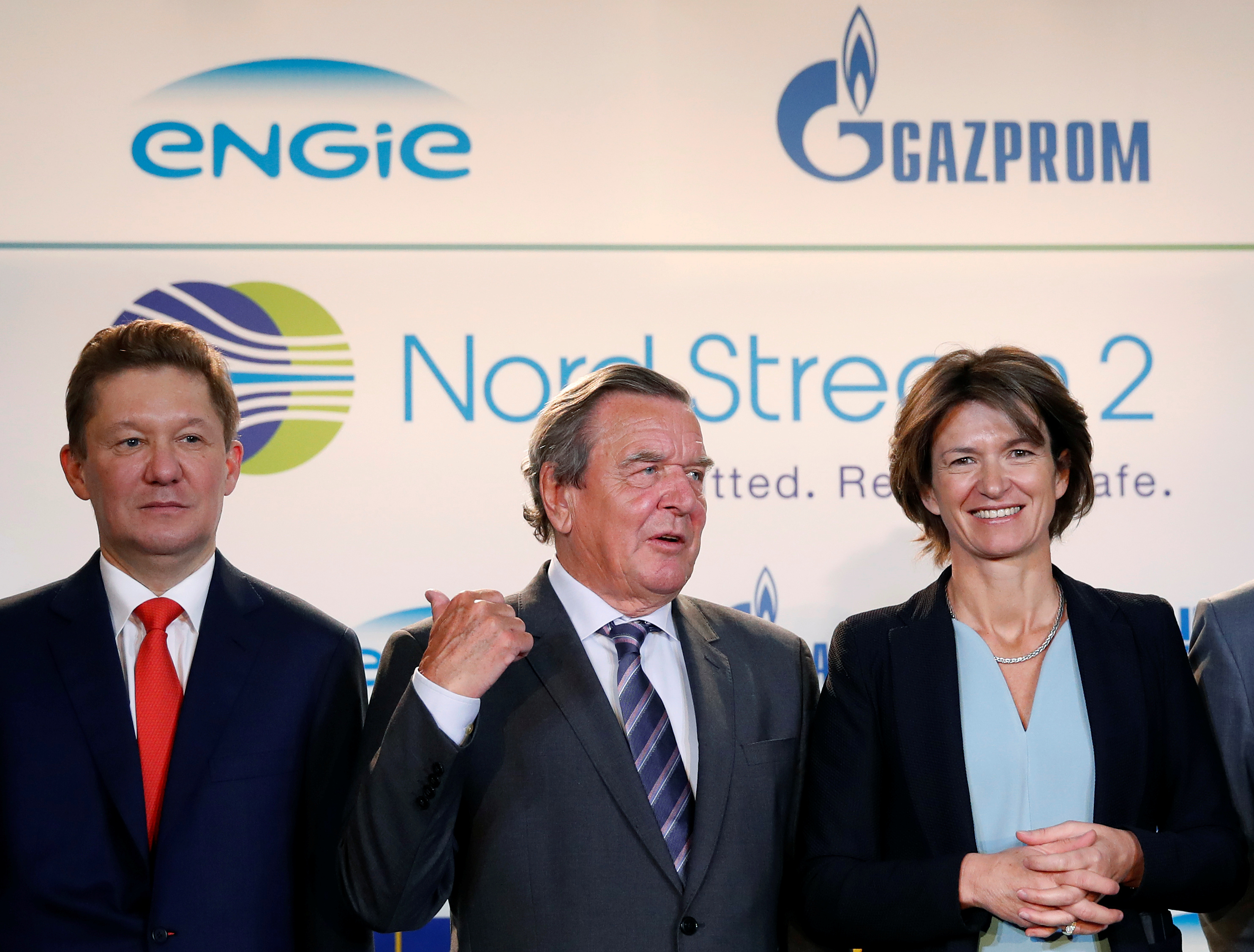 Unsurprisingly, it was exactly at the peak of Schroeder’s lobbying efforts in European political circles when the Russian company gained power and secured a stronghold in the European market. And now the German Social Democratic Party, which used to be led by Schroeder, advocates for the closer dialog with Russia and the removal of sanctions.

On the other hand, some members of the German Christian Democratic party [5] received funding from a state company of Azerbaijan, then later did not notice any violations in the elections [6] in the country. Just another peculiar coincidence.

In general, engaging high-powered individuals could be a common practice, but in this particular case, the appointment of Rasmussen looks a lot like another piece of the information campaign (still hybrid?) against NATO, as if to demonstrate that Russians can reach a deal with any Western politician. As keen observers, we will follow the progress and the future business successes of the currently 8th largest bank in Latvia.

This publication was prepared specially for InformNapalm [8].