There is mounting evidence of the aggressive foreign policy of Russia towards neighbor countries and Western Europe. Among them are militarization, another wave of reform of the Ground Forces, namely a return the divisions structure back from the brigades, transfer and deployment of new military units to the borders with Ukraine and Belarus. On the background of these preparations of the Russian army, the international volunteer community InformNapalm obtained information which indirectly corroborates the intelligence data. The activity of the Russian Federation is not just muscle-flexing but it looks like an earnest preparation for a full-scale military offensive.

These days we could not help but notice a curious peculiarity on some pages of Russian servicemen on social networks. Personnel of reconnaissance subunits of a number of mechanized infantry units of Southern and Central Military Districts have started to extensively use distinctive gimmicks and insignia of paratroopers – telnyashka striped singlets, buttonholes, streamers, tattoos and more. This could pass for the usual showing off of the Russian military. However after careful study of a number of sources, we discovered that a new type reconnaissance companies was being incorporated into reconnaissance battalions of infantry brigades.

ARC’s, the new structural subunits of reconnaissance battalions, will be showcased in the 19th Motorized Rifle Brigade (military unit #20634 from Vladikavkaz, North Ossetia). This brigade featured extensively in our investigations in the context of “Ukrainian assignments”. Contrary to our usual practice, this time we will refrain from making public the names of the soldiers, although they are known to us and are under special monitoring for further investigation. InformNapalm also has evidence of the presence of such ARC’s with other units of the Ground Forces of the Russian Army. We intend to publish these facts later. We are publishing here the documents from the pages of Russian servicemen used in our analysis: 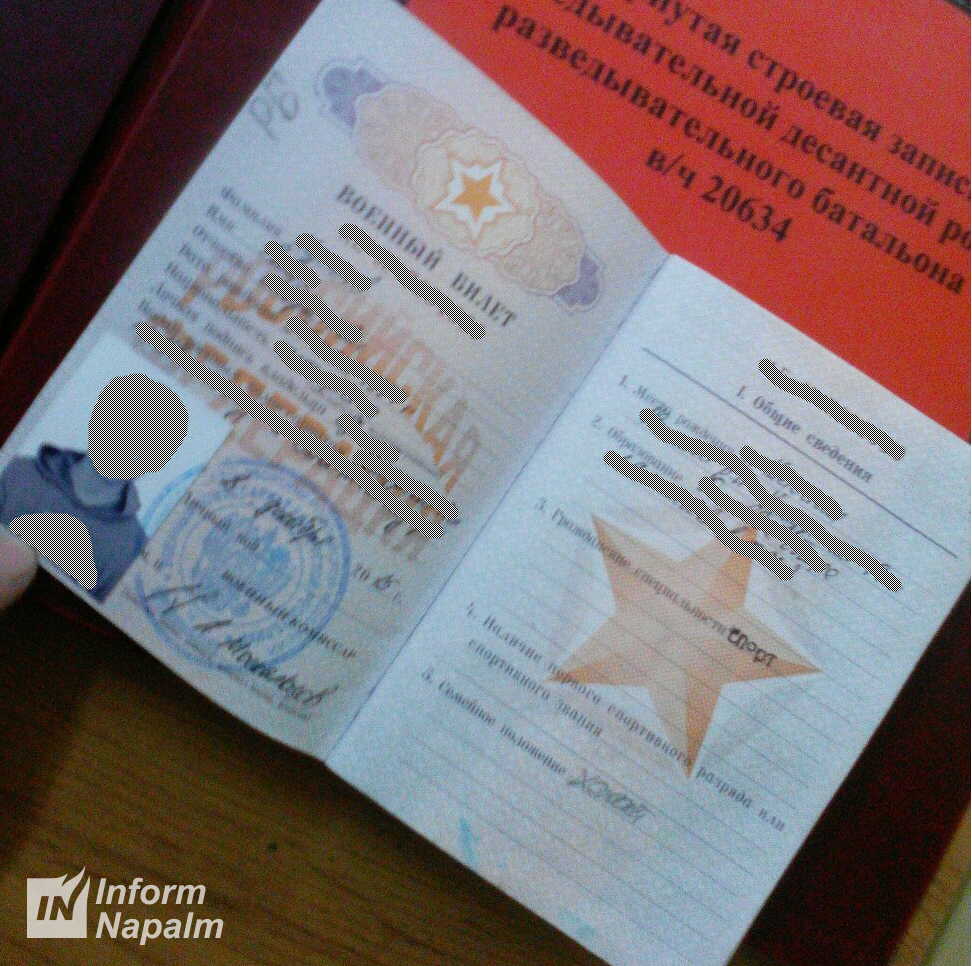 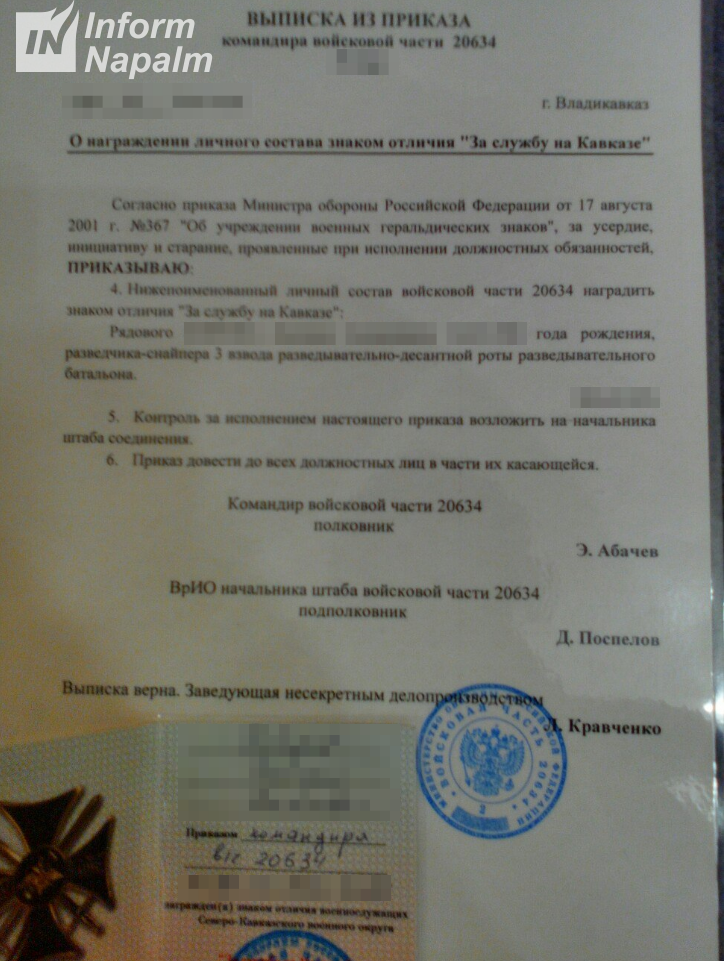 Here are other photos confirming the existence of ARC’s within the 19th Brigade of Ground Forces, stationed in Vladikavkaz. 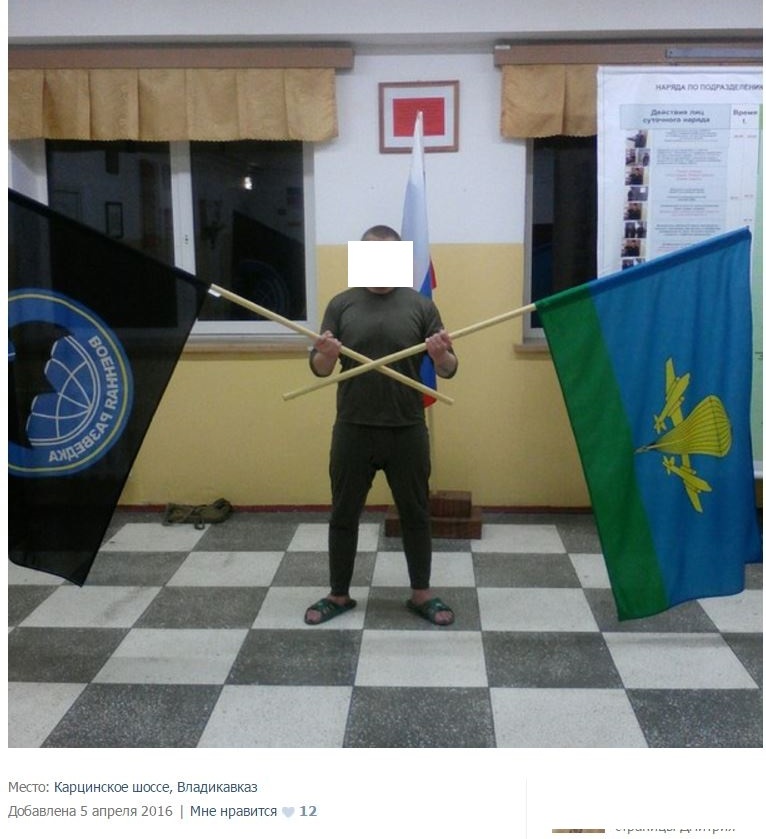 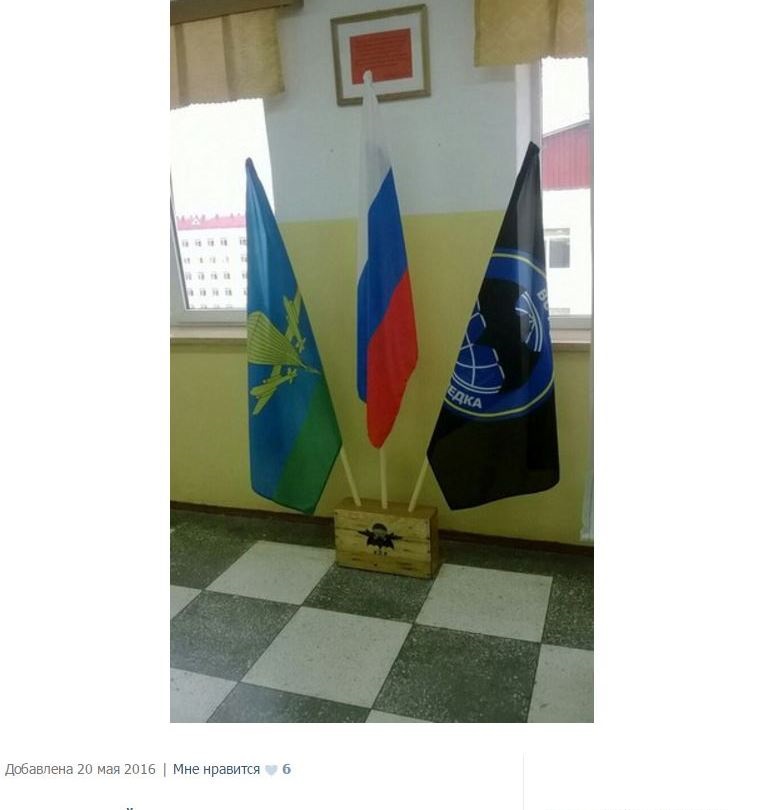 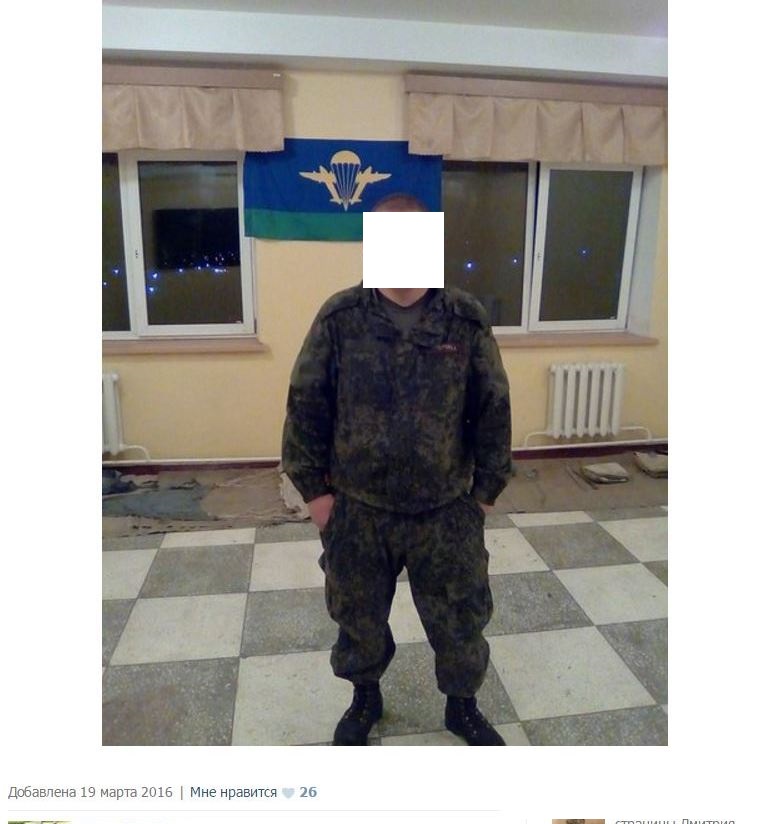 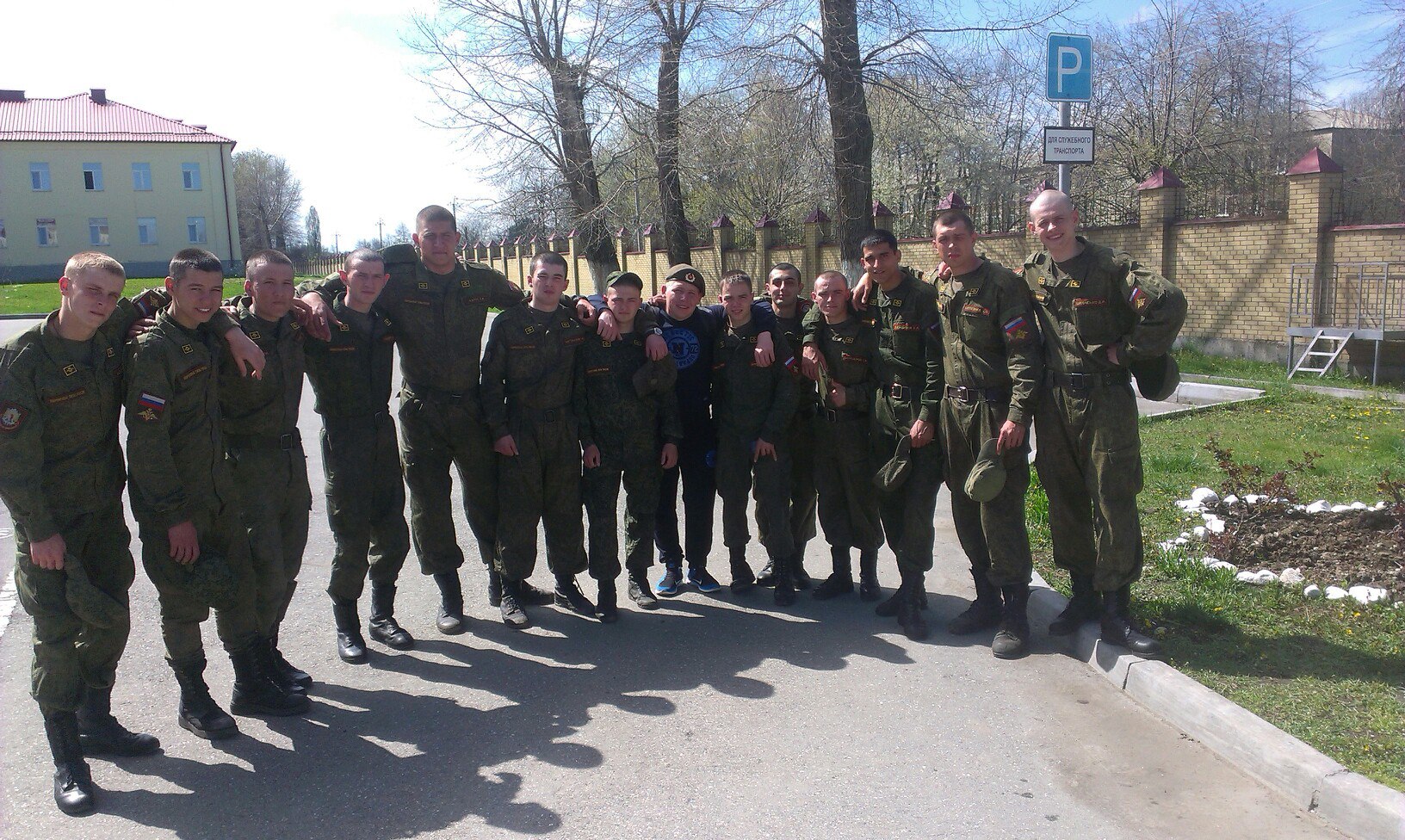 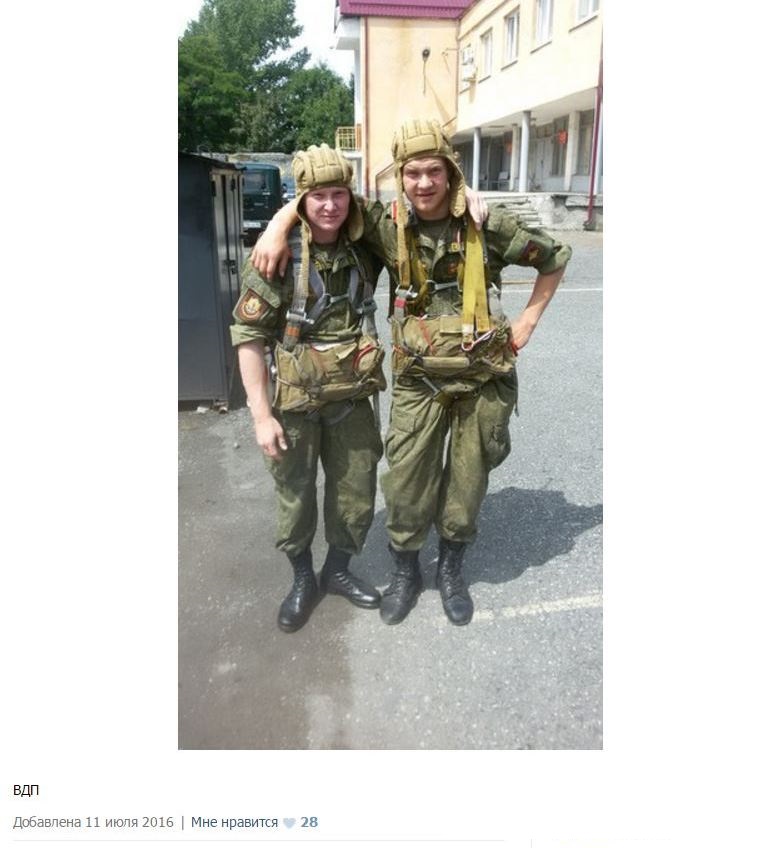 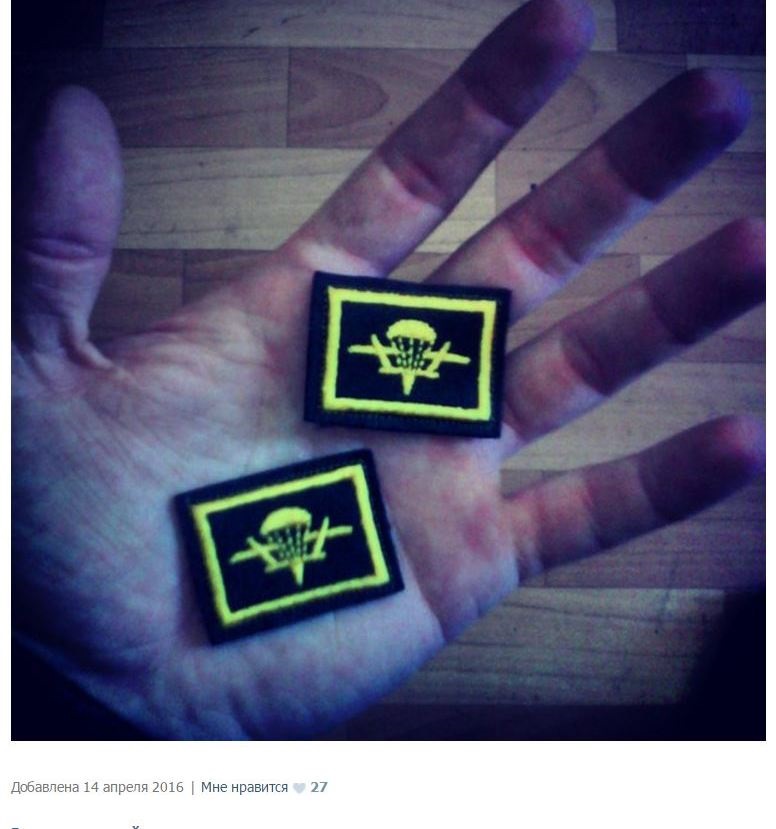 Obtained data and photographs suggest that the training of airborne scouts of the 19th Motorized Rifle Brigade is quite intensive and multidirectional. They make systematic field trips to Daryal mountain training range (54th Training Center for reconnaissance units) in North Ossetia to exercises in tactics, fire practice and mountain warfare. The specific paratrooper training of the infantry scouts runs on-site in Vladikavkaz, as well as in nearby Mozdok (the home station of the 100th Experimental Reconnaissance Brigade, military unit #23511) and at the training facility of 108th Air Assault Regiment of 7th Mountain Division of Airborne Troops (military unit#42091 in Novorossiysk), where the trainees perform rated parachuting tests from helicopters. Both contract and conscript soldiers are recruited for these companies.

Back to the USSR 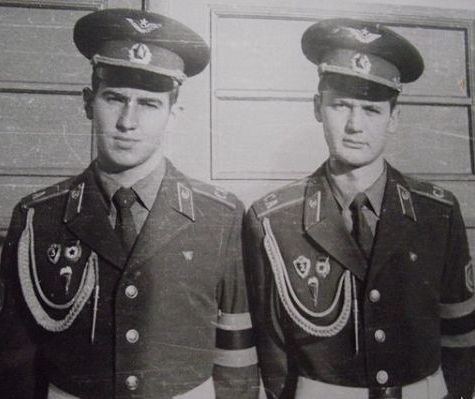 The emergence of ARC’s is a very interesting twist in the history of the Russian army. It is known that the Soviet Army had a similar practice at reconnaissance battalions of many mechanized infantry divisions and brigades: infantry scouts received basic parachute training. The training was no match to the program for regular paratroopers, but still quite intensive. Some details of the ARC’s training programs were described on one of the Russian forums [2] in 2013.

According to information from the same source, as of 2013, the 74th Motorized Rifle Brigade (military unit #21005, Yurga, Kemerovo region) gave paratrooper training to the personnel the reconnaissance battalion and of reconnaissance companies of mechanized infantry battalions in Tolyatti and in Irkutsk at the training facilities of Main Intelligence Directorate (GRU) special forces.

Note: IN [3] volunteers have repeatedly reported on the 74th Motorized Rifle Brigade in connection with the “Ukrainian assignments”. Its tactical groups participated in the Donbas events during the turning point of the battles in favor of Russia in the summer and autumn of 2014. Individual contract servicemen of 74th Motorized Rifle Brigade were also “working part-time” for the illegal armed groups of Luhansk People’s Republic (LPR):

The introduction of the new airborne reconnaissance companies into mechanized brigades indicates further shift towards more aggressive military doctrine on the part of the Russian Federation and preparation for interventions in the territory of neighboring states.

Urgent and massive militarization of the Russian Federation, including creation of new purely offensive hybrid reconnaissance and assault subunits is driven by the imperialist ambitions of the Russian leadership currently waging wars in Ukraine and Syria. However, the appetite of Kremlin’s politicians is much greater. The current military reform provides for massive reinforcement of the subunits of this type both in terms of quantity and quality. Reconnaissance battalions of the Ground Forces will be significantly reinforced, thus made more independent of the other structural units of the Armed Forces. While regular reconnaissance companies operate on armored personnel carriers and armored cars, new ARC’s will be operating from helicopters, including by parachuting. Air Forces of the Southern Military District already have 36 Mi-35M and 27 Mi-8AMTSh helicopters that can fly at night and at low altitude.

Read more: Valuyki as a Special Operations Base: Evidence of Preparation for Invasion [6]

Although new ARC’s are rather recon than assault units, supposed to do support work for particular units of the Ground Forces, we can conclude that mechanized infantry brigades are now getting their own “scout paratroopers” capable of being air-dropped or air-landed behind enemy lines for the deep recon and/or capturing of terrain as part of larger-scale offensive operations of main forces, as well as for sabotage and subversive ops.

These companies could also be attached to special operations forces. In the context of conducting non-conventional warfare, special reconnaissance is named one of the three main objectives of the Special Operation Forces of the Russian Federation.

[7]((CC BY) Information specially prepared for InformNapalm.org site, an active link to the authors and our project is obligatory for any reprint or further use of the material.