The investigation was prepared by the Economic Security Council of Ukraine [1] together with the InformNapalm [2] international intelligence community.

Instead of a Foreword

This is Berenne Alinovi [3]. She has her own business in Barcelona, Spain. She sews cocktail and wedding dresses and creates jewelry with Swarovski crystals.

And this is Inna Soloshenko from Lebedyn [4], Sumy Oblast, in a wedding dress. She married Mykhailo in 2019. In 2020, the woman gave birth to their son Yefrem.

Recently, the life of the Soloshenko family was suddenly cut short. On March 12, 2022, a Russian tank fired point-blank at the car they were in. [5]

But this might not have happened, in particular, if some foreign companies had not helped the Russian Federation to produce weapons circumventing the sanctions imposed back in 2014.

One of these companies, still working for the Russian military-industrial complex, is headed by Berenne’s husband, Roger Alinovi. Despite the sanctions, the Swiss company CODERE he manages continued to supply equipment to the sanctioned Elektromashina plant in Russia, which produces components for Russian tanks.

Unfortunately, this company is not alone. Dozens of Swiss, Italian, and German firms make deals with Russian defense companies through shell companies and circumvent sanctions. They are doing that to earn billions of dollars while Russian missiles and tanks are killing innocent Ukrainians.

Who Supplies the Equipment and to Whom

The Elektromashina plant, which Alinovi cooperates with, is located in Russian Chelyabinsk and is part of the Uralvagonzavod Corporation. The Uralvagonzavod, in its turn, is a daughter company of Rostekh, a giant Russian state conglomerate operating in the civil and military industry.

Now Uralvagonzavod is the only tank manufacturer in the Russian Federation. Elektromashina produces components for these tanks.

In 2014, after Russia’s war against Ukraine started, Uralvagonzavod fell under EU sanctions, like many other companies. European companies would have to withdraw from joint projects and break any business ties with these enterprises. However, many companies did not do so.

That’s why, back in 2016, Elektromashina bought new equipment – a thermal treatment line manufactured by the Swiss company CODERE SA. It was purchased for RUB 155.5 million through an intermediary, Galika-CTS company. [6]

At first glance, it might seem that the Swiss company might not be aware of the end clients for their equipment because they entered into a contract with another company rather than the Russian defense enterprise.

However, this impression is wrong. The Swiss CODERE knew everything. The company announced cooperation with Elektromashina in 2013. It even held a conference with representatives of the State Duma of the Russian Federation, the Ministry of Industry and Trade, Oboronprom Holding, the Russian embassy, and the business community of Switzerland.

In addition to CODERE, numerous other firms cooperate with the Russian defense industry. One of them is the Swiss GF Machining Solutions.

In 2017, Izhevsk Mechanical Plant in Udmurtia got an AgieCharmilles CUT 20 P wire-cutting EDM machine from the Swiss GF Machining Solutions for EUR 169,648 [8].

This equipment also helped strengthen the aggressive Russian army because the Izhmekh plant produces 86% of all small arms in the Russian Federation, including the Makarov and Yarygin pistols. By the way, they were found in the town of Dymer, Vyshgorodsky district, Kyiv Oblast, after the withdrawal of Russian troops. The locals of the village spent 35 days under Russian occupation. People are still scouring the neighboring forests, looking for their missing relatives tortured by the Russian military.

By the way, in 2018, ODK-UMPO began developing an engine for the SU-57 fighter. In May 2022, Russian propagandists boasted of testing the fifth-generation Su-57 fighters in the war against Ukraine. [9] 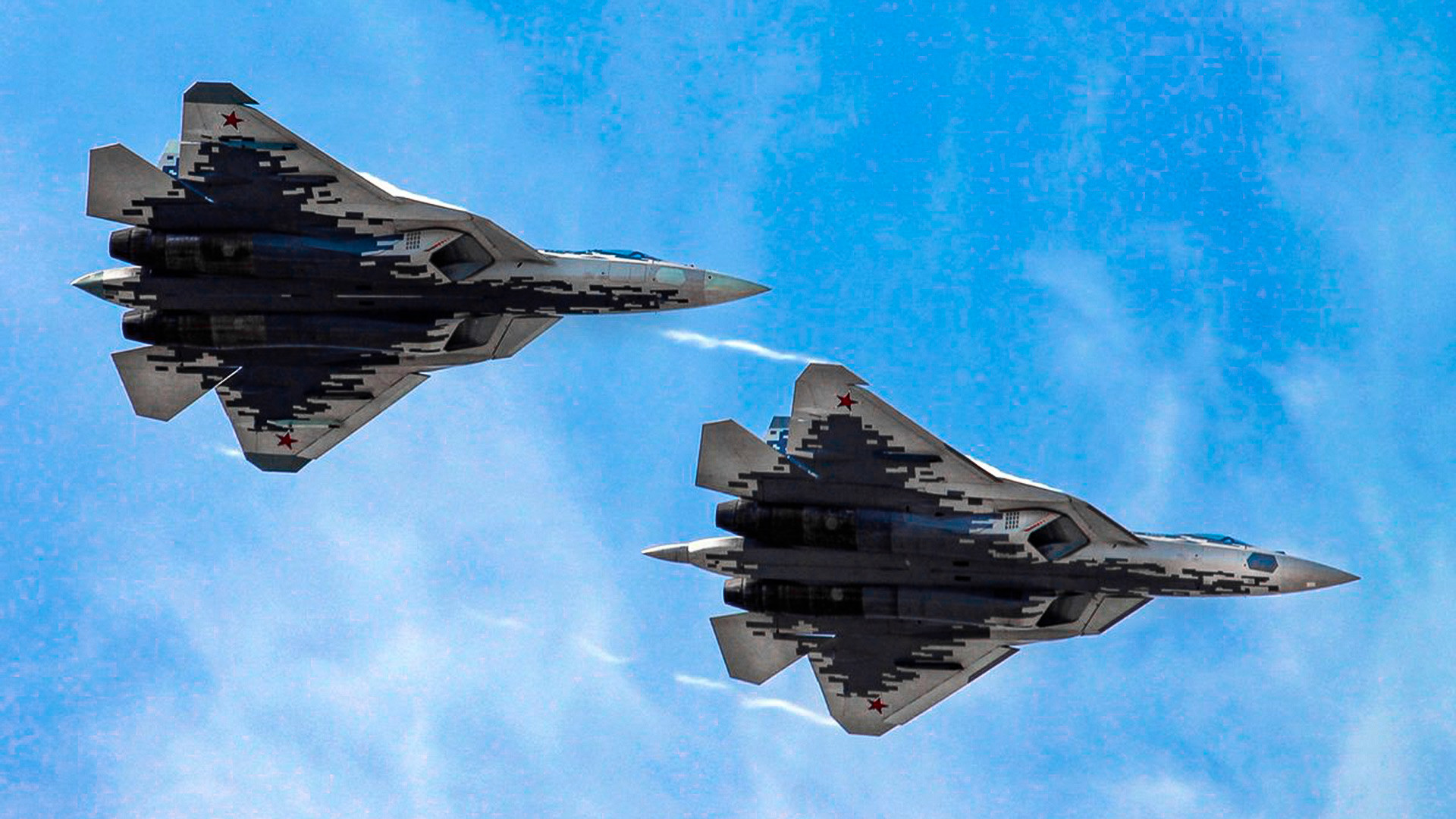 By order of the Ministry of Defense of the Russian Federation, Kuznetsov produces engines for the Tu-160 White Swan strategic bombers, deeply modernized Tu-160M, Tu-95MS, and long-range Tu-22M3 aircraft. Now the Russians are actively using all these aircraft in the war in Ukraine.

And in 2019, the Swiss manufacturer fulfilled the order of the only company that produces missiles for the C-300 and C-400 anti-aircraft systems – JSC MMZ Avangard (Moscow). Russian troops near Kharkiv used those weapons – the S-400 and S-300 anti-aircraft missile divisions – in April 2022.

The Russian client got a precision CNC cylindrical grinding machine with the function of processing external and internal threads S30 worth over EUR 382,000 from the Swiss company.

In 2019, JSC NPP Kaluga Instrument-Making Plant Typhoon got a TNA 400 lathe worth EUR 260,000 from Index Traub, a German manufacturer. The Russian enterprise produces radar stations for surface ships of the Russian Navy and coastal missile systems [10]. The Bal coastal missile system equipped with anti-ship cruise missiles is produced here. It is used for shelling Ukraine from Crimea.

The Chepetsk Mechanical Plant is part of Rosatom, whose employees took part in seizing the occupied Zaporizhia Nuclear Power Plant. The enterprise also occupies one of the critical positions in the process cycle for producing nuclear fuel based on natural uranium.

In the same year, the Italian manufacturer Hexagon Metrology S.p.A. sold a Micra Hexagon Metrology coordinate measuring machine worth over EUR 171,000 to the Russian JSC Izhevsk Electromechanical Plant KUPOL. KUPOL supplies the Russian Ministry of Defense with Tor air defense systems [11], which the Russians actively use in the war against Ukraine.

In 2018, the Swiss manufacturer Sylvac SA sold an optical measuring system, the Scan 52 model, worth almost RUB 3 million to the Russians. The customer is JSC Novosibirsk Ammunition Plant, which produces cartridges for small arms, including caliber 7.62×51.

Despite this, Italian, Swiss and German companies keep cooperating with the Russian defense industry. But, of course, they do it through the Swiss shell company, Galika AG, rather than directly. This company’s director is Lino Derungs, a Swiss citizen. However, he has been doing business in Russia since the early 1990s.

Switzerland allegedly joined the sanctions against defense enterprises of the Russian Federation, which the US and the EU imposed due to the annexation of Crimea.

“But we do not want to be perceived as a country taking sides. Therefore, we usually introduce monitoring to ensure that Russia or Russian companies do not use Switzerland to circumvent EU sanctions. Conversely, we ensure that European companies or other entities do not use Switzerland to circumvent them,” Yves Rossier, the then Swiss Ambassador to the Russian Federation, explained the situation in 2018.

That same year, he promoted cooperation with representatives of Galika AG in the Perm Krai.

Galika AG sells equipment in the Russian Federation through numerous branches. One of them is Galika CTS. Until 2020, Evgeny Georgievich Polkanov was the director of Galika CTS. In 2014-15, he was the deputy director of Stankoprom Holding, a part of Rostekh. Thus, it becomes clear why the Swiss company cooperates with the Russian defense industry.

According to tender data, from 2016 to 2021, Galika CTS signed contracts worth RUB 1.4 billion with Russian clients. However, there may be many more of them because, after the sanctions were imposed in 2014-2015, most orders for defense enterprises of Rostekh were classified as secret.

The photo depicts the then Swiss Ambassador to the Russian Federation Yves Rossier (left), and the representative of the Swiss Galika company, Rostekh employee Yevgeny Polkanov (right).

You can, of course, assume that European equipment manufacturers did not know to whom they supplied their products. However, they definitely did.

For example, the Swiss manufacturer GF Machining Solutions became a member of the Russian-Swiss Competence Center in the field of micromachining technologies in June 2014.

The photo depicts representatives of Stankprom (Rostekh) and GF Machining Solutions cutting the ribbon on the occasion of setting up a joint center on June 18, 2014.

Walter Maschinenbau (Germany), which supplied machine tools worth EUR 2.37 million to the ODK-UMPO enterprise for producing engines for SU-57 fighters, also knew about the final recipient of its products. Here, we offer several arguments to prove this.

Index Traub, also a German company, not only supplies equipment to Russians but also opened an office in the Russian city of Tolyatti, Samara Oblast, in 2016. The company explained that this decision was made due to the “political situation.”

“The current political situation requires us to localize our production in Russia so that we can participate in tenders of state-owned companies on an equal footing with other market participants,” the company said.

Blohm Jung GmbH of Germany expressly states on its website that it is part of the UNITED GRINDING Group with dedicated subsidiaries for international markets in India, China, Russia, and the USA.

All these companies help Russia produce weapons used in the war against Ukraine. They know about it but do not leave the Russian market anyway.

Switzerland has long known that Galika AG is closely linked to Russia. In 2019, journalists discovered that the company had supplied equipment for producing Kalashnikov assault rifles in Venezuela. However, the Swiss officials turned a blind eye to this fact.

“In 2012, Galika AG from Volketswil in the canton of Zürich supplied machines for producing AK-103 assault rifles worth several million Swiss francs. The plant in the city of Maracay is due to start up by late 2019 and will produce 25,000 Kalashnikovs per year.

The export ban did not apply to the equipment sold by Galika AG. It is because the equipment did not fall under the category of military materiel and was not considered so-called dual-use goods. We are talking about those machines that can be used for military purposes,” the media wrote.

And last year, Galika AG applied to SECO, the State Secretariat for Economic Affairs, to obtain two permits to export to Russia: a Swiss-made milling machine and a lathe. It was claimed to be intended to make parts for medical devices.

However, the Swiss intelligence service suspects that the documents are fake and the devices are intended for the military sector – the production of sensors for the SU-57 stealth multirole fighters. So far, the Russians have problems manufacturing parts for new jet fighters.

After the permits had been denied, the company tried again to deliver the same machines to Russia. This time, it indicated that they were intended for a foil balloon toy company. Permits were denied again.

In March 2022, after the start of the war in Ukraine, Handelszeitung reported that Galika AG was again trying to supply equipment to Russia.

The Federal Tax Service of the Russian Federation counted at least eight companies affiliated with the Swiss Galika AG in Russia.

One of them is Galika-Met, registered in the city of Elektrostal near Moscow. According to public procurement data, by May 1, 2022, the company must supply, assemble, and put into operation a suite of process equipment from the Swiss GF Machining Solutions.

It costs RUB 407 million. The customer is the aircraft engine-building company JSC Kuznetsov, a part of Rostekh.

Earlier, in May 2020, Galika-Met supplied a coordinate measuring machine to the ODK. And in October of the same year, the defense enterprise produced the first batch of new engines for the upgraded Tu-160M strategic bombers, which Russia uses actively against the Ukrainians.

It means that the activities of all the Swiss, Italian, and German companies mentioned above are nothing more than the circumvention of EU sanctions to make a profit from the lives of Ukrainians.

Of course, the Soloshenko family shot dead by a Russian tank cannot be brought back to life, but it is possible to block access to Western equipment for the Russian military industry. Thus, the competent authorities in the EU should pay attention to the activities of these companies, introduce new sanctions against them, and close the gaps in the sanctions policy.

nformNapalm [16] does not receive any financial support from any country’s government or large donors. Only community volunteers and our readers help us to maintain the site. You can become one of the community volunteers. Please support the development of InformNapalm, the unique volunteer intelligence resource, with donations through Patreon [17].