­Our international volunteer team InformNapalm continues to disclose new facts confirming presence of the Russian regular army representatives fighting against Ukraine as members of the ‘Novorossiya’s terrorist formations. And often one photo is enough to track a Russian invader from his official place of service to the ‘Donbas business trip’. A new OSINT research has been resulted in identification of Kolyan (Nikolai) Khomchenko, a Russian soldier who has a military contract (with military unit No. 09332) and combines his official service with another ‘service’ in the so-called Donetsk People’s Republic (‘DPR’).

His profile might look pretty much similar to many other ones belonged to the ‘Novorossiya’ terrorists – those stupid and deceived Russians from the provincial towns who came to Donbas dreaming to make some money (maybe to get a new iPhone) but there is one important fact. There is a photo [5] in his profile uploaded on May 15, 2015 where our ‘hero’ is posing near a BTR-82A APC vehicle and strange buildings are visible on the background. Comments to this picture as well as good wishes also look interesting. Why all of this looks so intriguing? The answer is following: the latest version of the APC, the comments, and definitely the background where one can see roofs of the so-called modular military barracks, [6] which can be found only in one place: the Russian occupation military base in Gudauta city (occupied Abkhazia, Georgia). 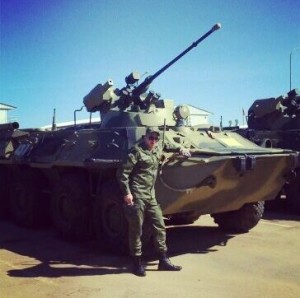 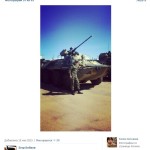 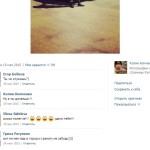 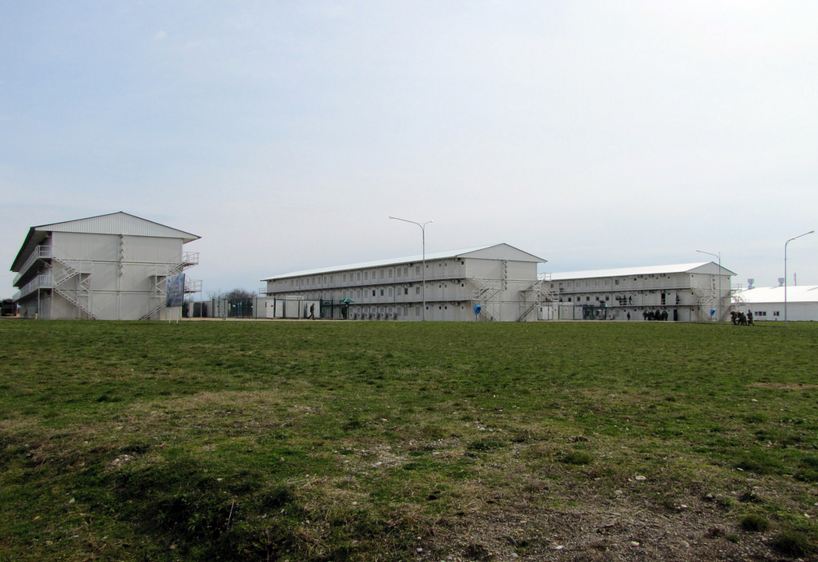 Analyzing the Khomchenko photo archive it is possible to conclude that ‘his business trip’ lasted from June to October 2015. His presence in Donbas can be also proved by: those pictures where he is seen wearing not his Russian official military uniform but an outfit typical to ‘Novorossia’s terrorist, a geotagged photo [11] of him together with his ‘buddy’ Denis Makhnyuk [12] (archive to his profile [13], album [14], contacts [15]) as well as by another memorable photo near the Donetsk bar ‘Richard [16]‘ (87, Artema str.). Based on all the mentioned facts we can tell that Khomchenko is a member of the so-called ‘Bars’ special force unit of the ‘DPR’ 2nd motorized rifle brigade; their specific feature is a Marines’ black beret. 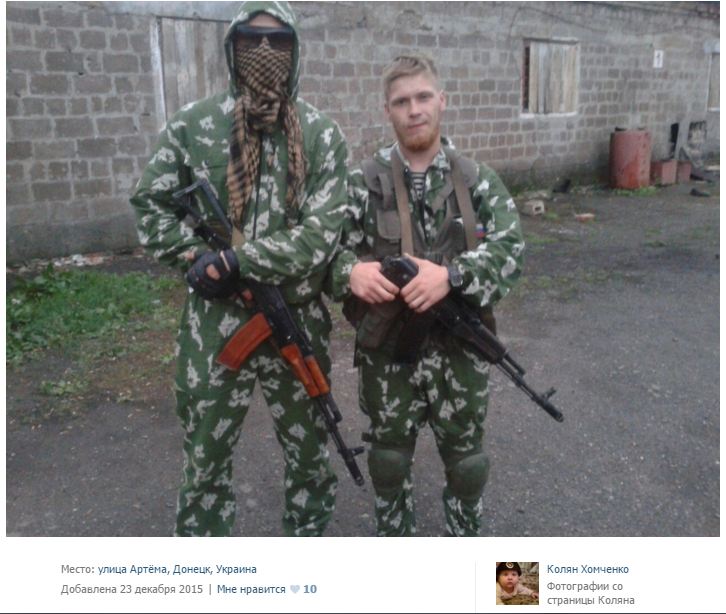 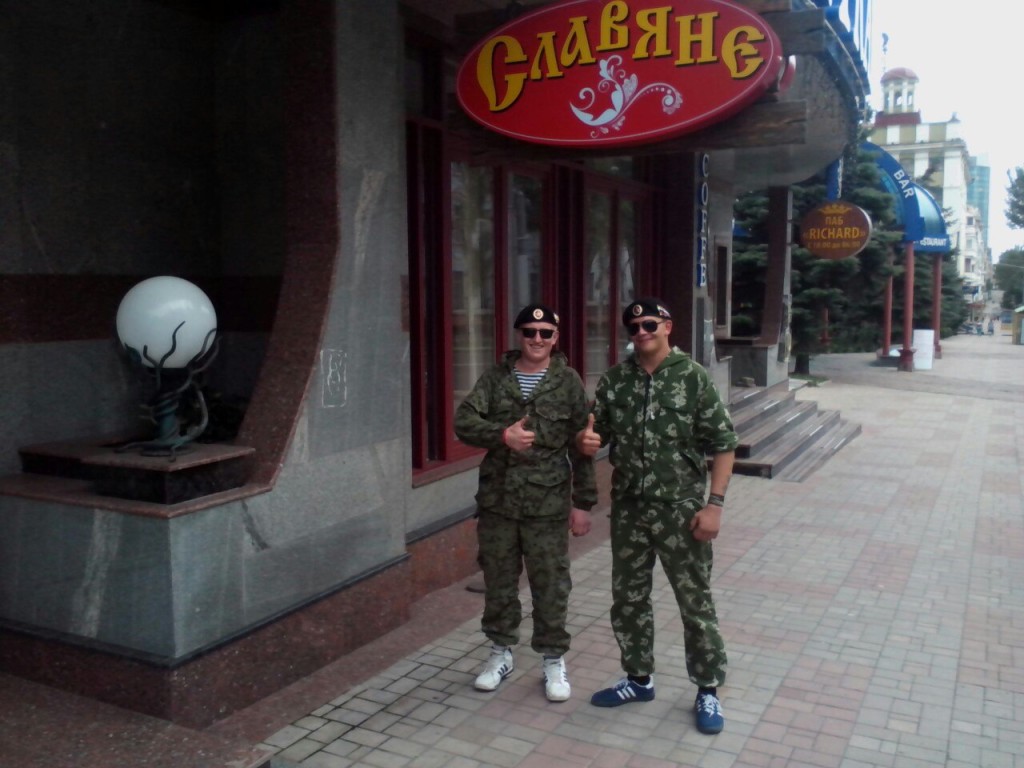 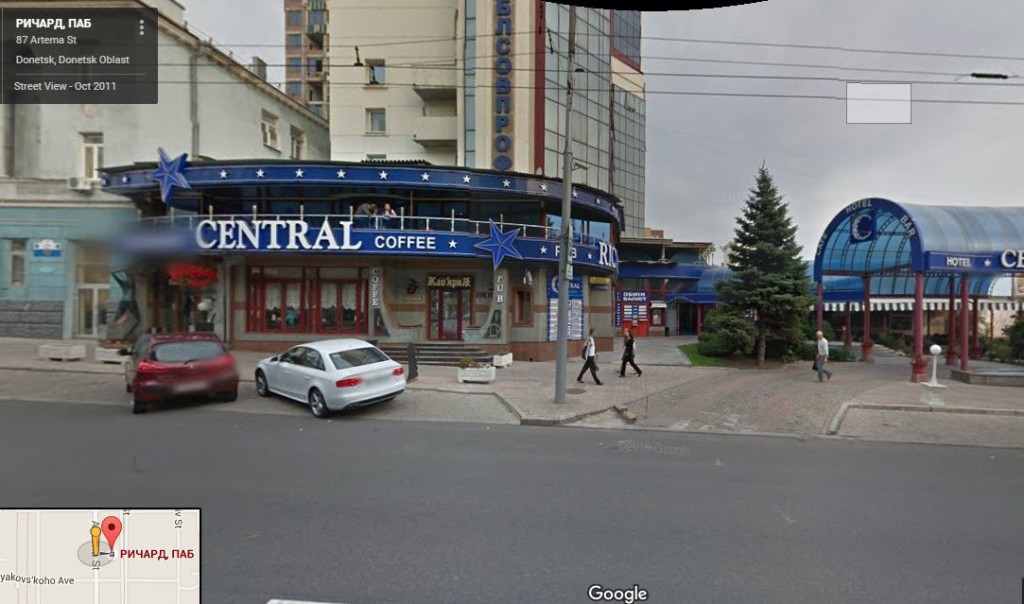 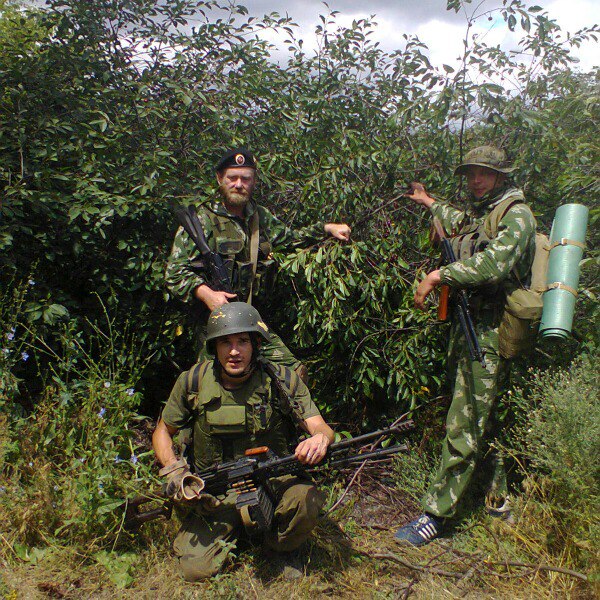 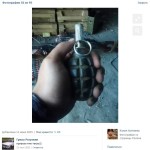 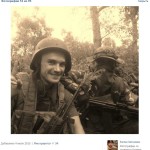 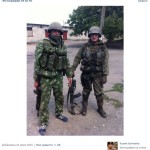 We were able to find not only pictures but also his video [31] uploaded on July 5, 2015, which demonstrates certain Russian terrorists’ entertainment in Donbas: Khomchenko is shot into the chest wearing a bulletproof vest.

We just hope that the next shot will be aimed directly to an empty head of this Russian war criminal.

We would like to remind that this is not the first case when representatives of the Russian regular army served in the ‘Novorossiya’ terrorist groups. After the Minsk Agreement was enforced a new tactic has been put in place by Russia: small groups of the Russian soldiers join the terrorist military units of the so called Donetsk and Luhansk People republics. Divisions of the Russian 7th military base have been mentioned before when we talked about the ‘Rostov-Ukraine assignments’. Summer-Fall 2014 was the time when its tactical groups (including self-propelled and missile artillery) were identified as those ones, which were firing from the Rostov Oblast (the one bordering Ukraine). Later its small groups and individuals have been noticed already fighting in the ‘Novorossiya’ terrorist military units. ­

Below we list the articles and analysis, which contain information on the Russian 7th army military base’s operations in Ukraine: