A conflict around the ‘Troy’ special forces detachment continues its development. Yesterday, on January 12, some of the Russian propagandist media which supports the ‘Troy’ tried to clarify the details. For example the web site ‘Voennoe delo [1]‘ [warfare] describes:

“<…> The special forces group ‘Troy’ has been sieged for almost two weeks. The fighters are blocked and information on the planned storm has been circulated. But there was no storm: probably because of the reputation of this group <…>”.

“<…> The statement (delivered by the ‘Troy’) covers the facts, which may look not related directly to the  war but which at the same time remind a mutiny. It is just necessary to pay attention to the group itself, its members and commanders, and some of the questions would disappear. Maybe Vladimir Novikov, ‘Belyi’, and ‘Alabai’ are not so popularized by media as ‘Givi’ and ‘Motorola’ but it does not mean that their actions are unknown. It was a reason why ‘Givi’ did not fulfill the order. Saur-Mohyla, Ilovaisk, Horlivka, Debaltseve…The ‘Troy’ history is pretty rich <…>”, – ‘Voennoe delo’ informs.

This media also informs that a reason of the above mentioned conflict between ‘Troy’ and the Ostap Chernyi’s 3rd motorized rifle brigade is connected to the arms trade, drugs and tortures of the allies. The ‘Troy’ commanders have chosen an open conflict, which besides military actions includes the information ones. To protect itself and attract attention the ‘Troy’ group follows several directions:

1. There were several harsh posts in the social networks supporting the so called ‘DPR’ and its puppet-leader Aleksandr Zakharchenko, but at the same time these posts stress a tough situation in regards to the drugs and arms trade in ‘the republic’ (leaving a chance for the leadership to consider such problems). And one tries to avoid talking about Moscow and the Russian regular army role in ‘cleaning and solving’ the situation.

2. More straightforward and threatening declarations have been made via the alternative media [2]; they aimed to attract attention of the Kremlin’s curators and name the real causers of the drag trafficking (General Staff of the Chief Intelligence Unit and Federal Security Service of the Russian Federation).

“<…> Such dangerous themes as synthetic drugs and weapons contraband from these territories into Russia require to be covered in the special articles. Not without the help of those unfortunate ones like ‘Troy’ members <…> “, – ‘Voennoe delo’ makes a conclusion.

It is hard now o say which side the Kremlin would support. Zacharchenko is a Moscow minion; and attempts to demonstrate freedom and Makhno-like anarchy of the “Donetsk / Luhansk People’s republics” always failed in the past. And it does not matter if one were ‘Batman’ or kept ‘a secret Dryomov’s flash drive’ – the end was always the same. For every cunning ‘Trojan’ it is another sly ‘Odyssey’ unless there is a sent from Rostov ‘Trojan horse’ who would interfere.

Read also: Ultimatum of the ‘Sieged Troy’: We Know How to Burn Rostov’ [2]

Meanwhile the sieged ‘Troy’ mercenaries stay optimistic and openly make statements showing their willingness to fight. Here [3] are the latest pictures of the training & instruction session.

Probably they plan to protect themselves all over the perimeter with the land mines far from their base somewhere in ‘the Rostov business trip’. 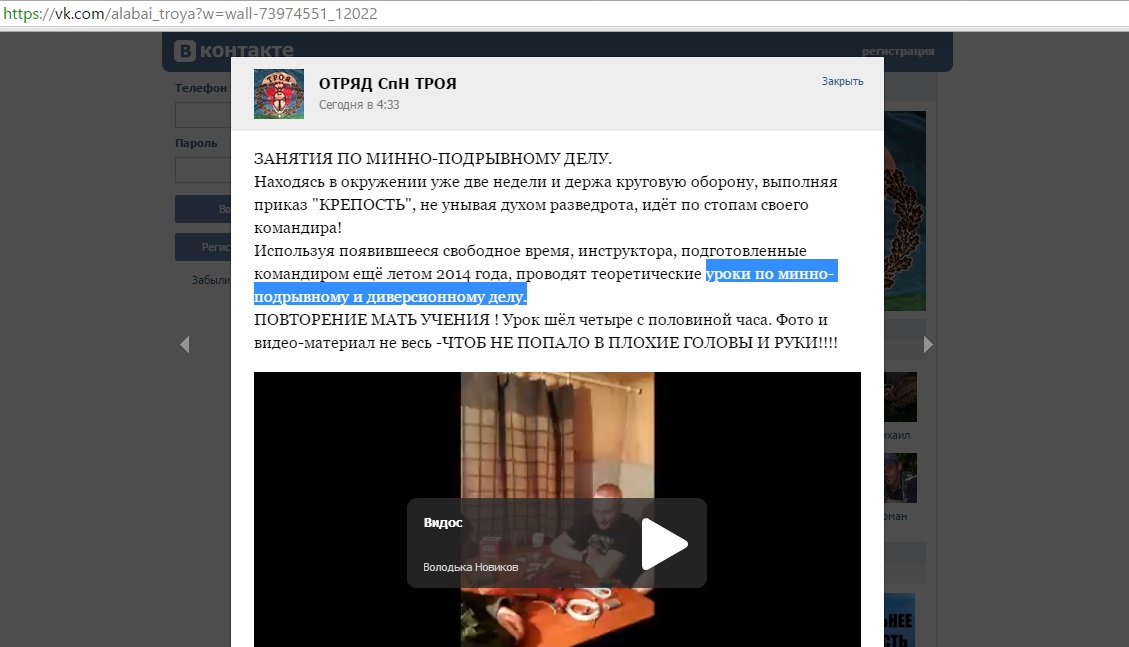 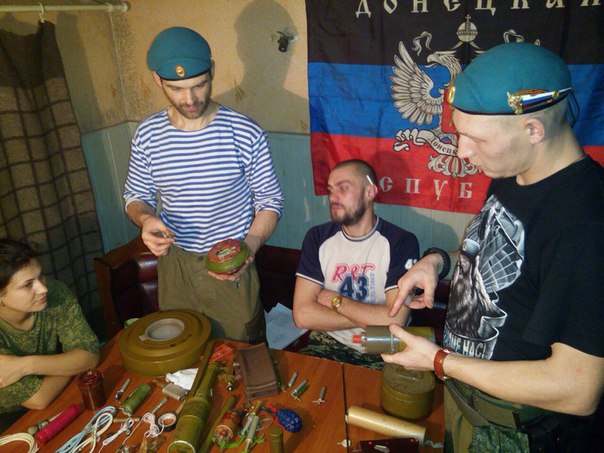