InformNapalm’s volunteers have registered the areas of concentration of ammunition for 122mm guns of the united Russian-separatist army which continue to gather forces in close proximity to the demarcation line in violation of all the agreements.

Nowadays everybody is talking about the ‘Minsk agreements’ and its point by point execution. Let’s take the first two points, without the full implementation of which it is pointless to try to restore the full control over the state border of Ukraine and to conduct the local elections in certain areas of Donetsk and Lugansk Oblasts:

InformNapalm have disclosed one of the Russian occupation forces’ bases in Petrivsky raion of Donetsk Oblast, in just 10 km from one of the hottest places of Donbas – town of Marinka. Close investigation of the profiles and contacts of the Russian militants resulted in finding of 2S1 ‘Gvozdika’ 122mm self-propelled howitzers hidden in premises of this industrial zone as well as tons of ammunition in the warehouses.

The location is marked with a circle on the map [1]. 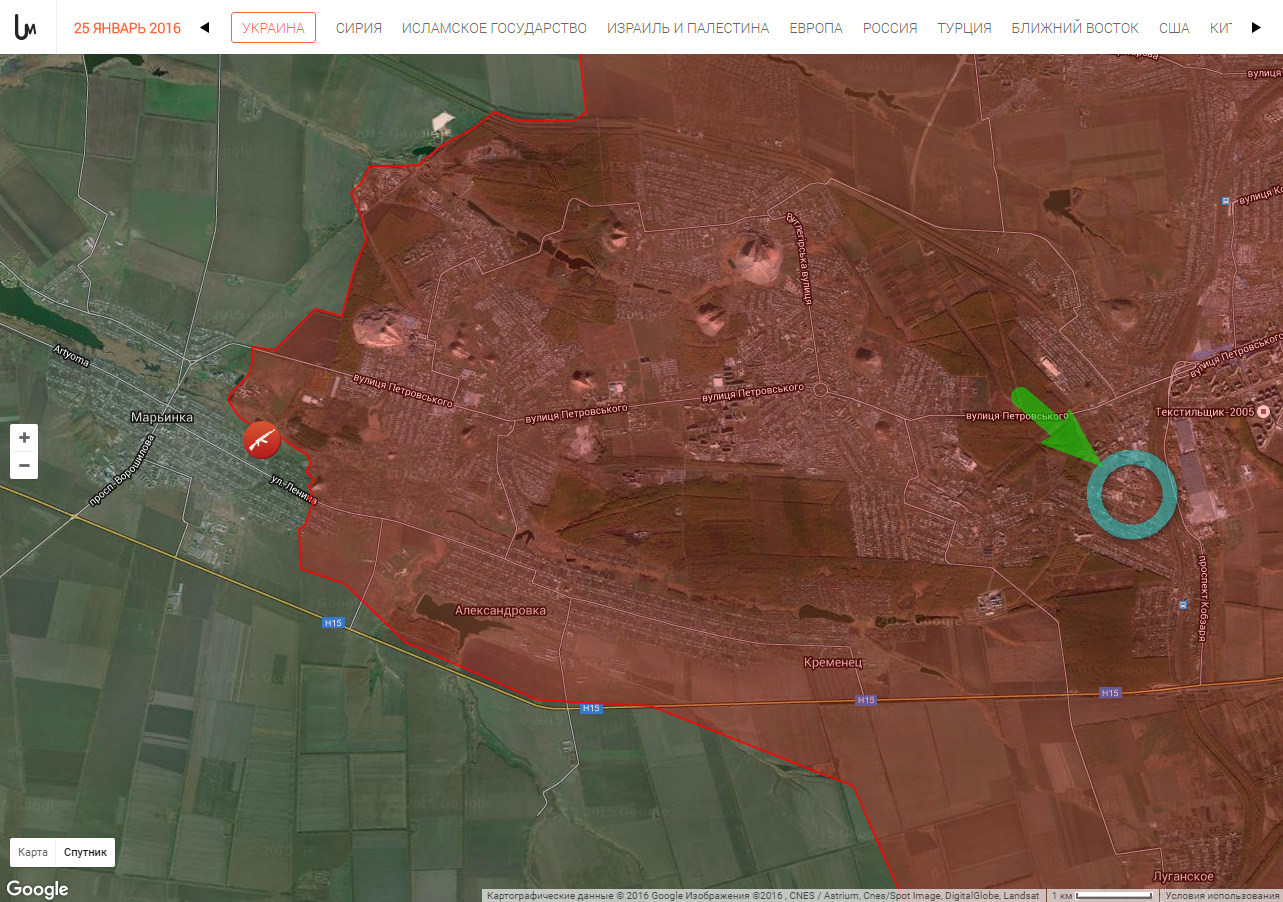 The map is overlaid by photos for easier locality identification. 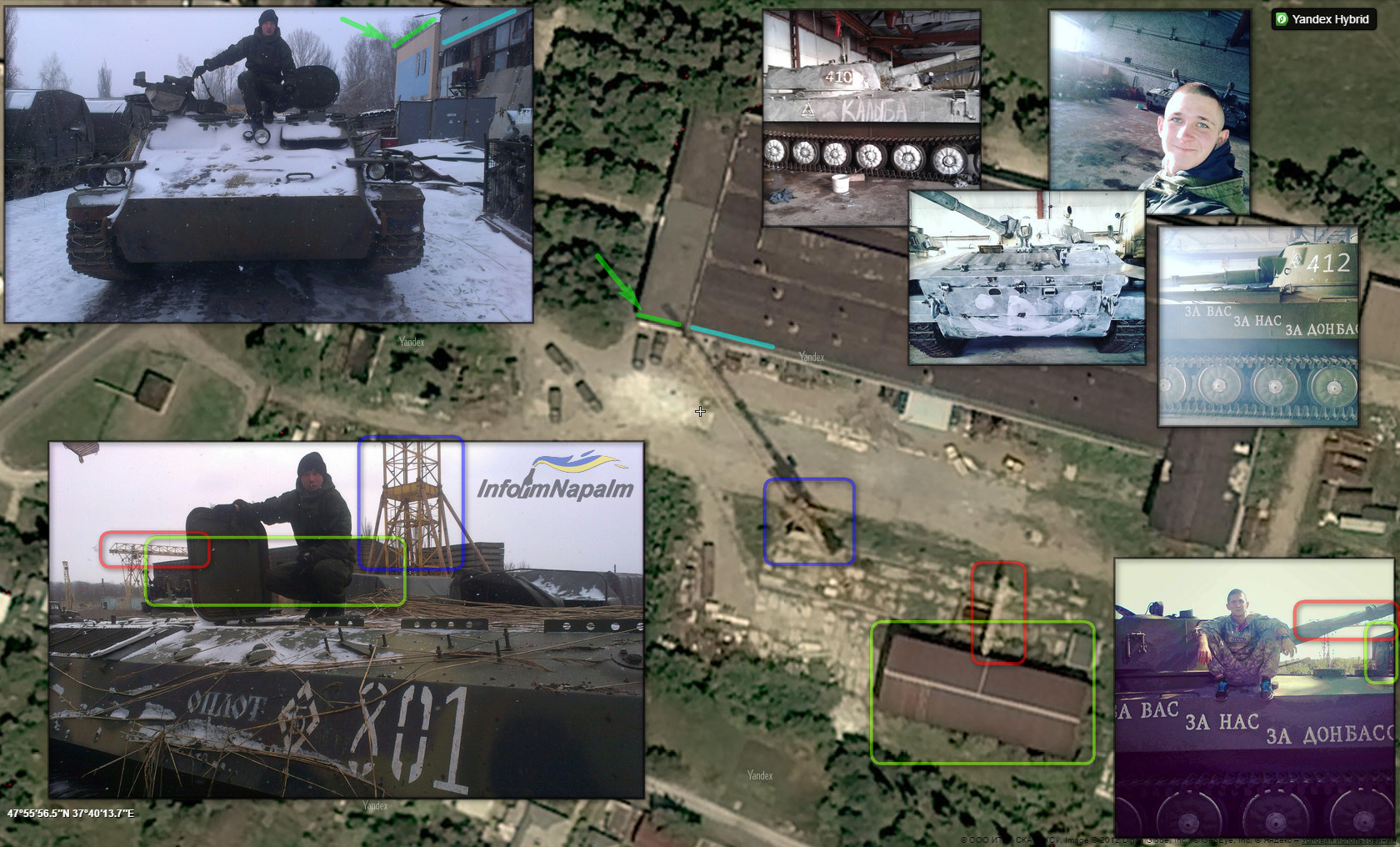 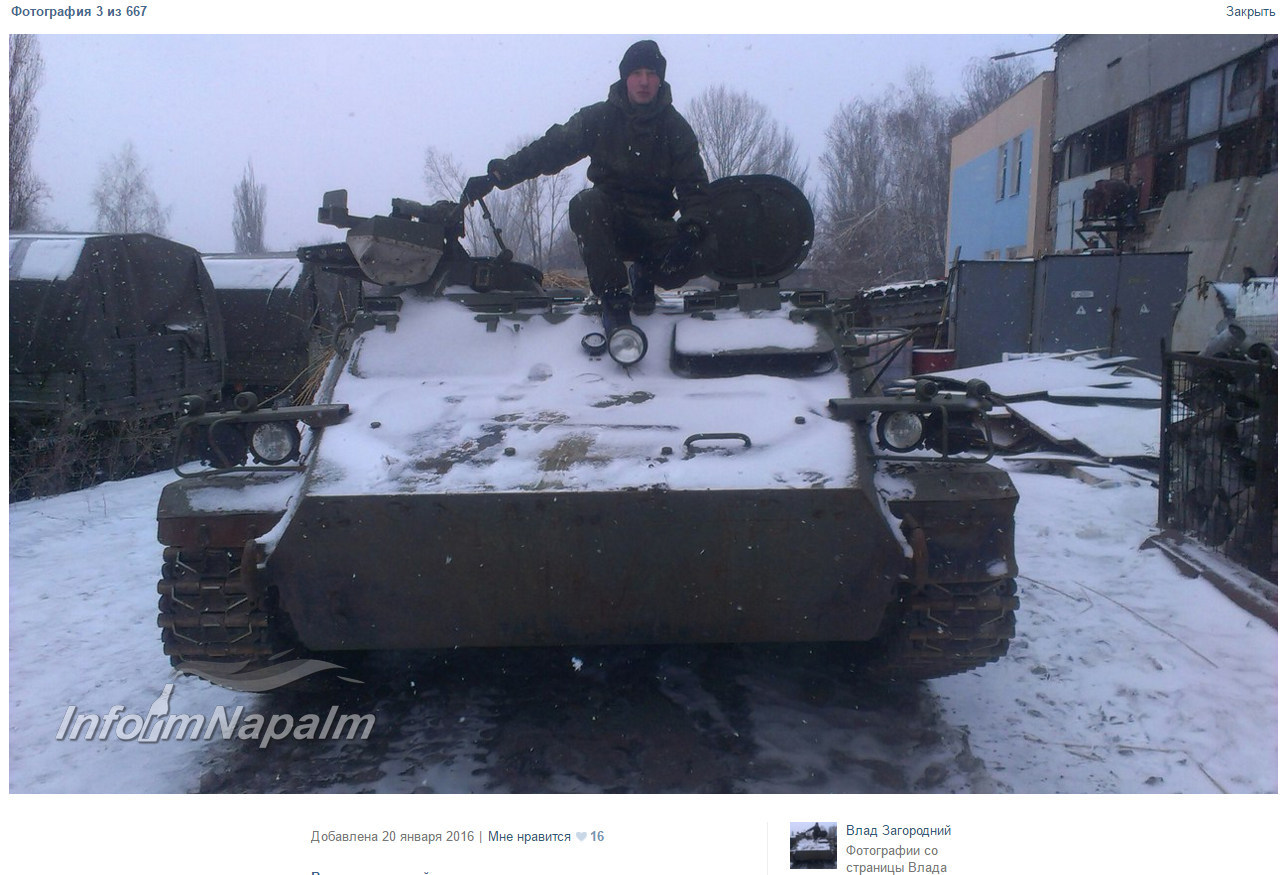 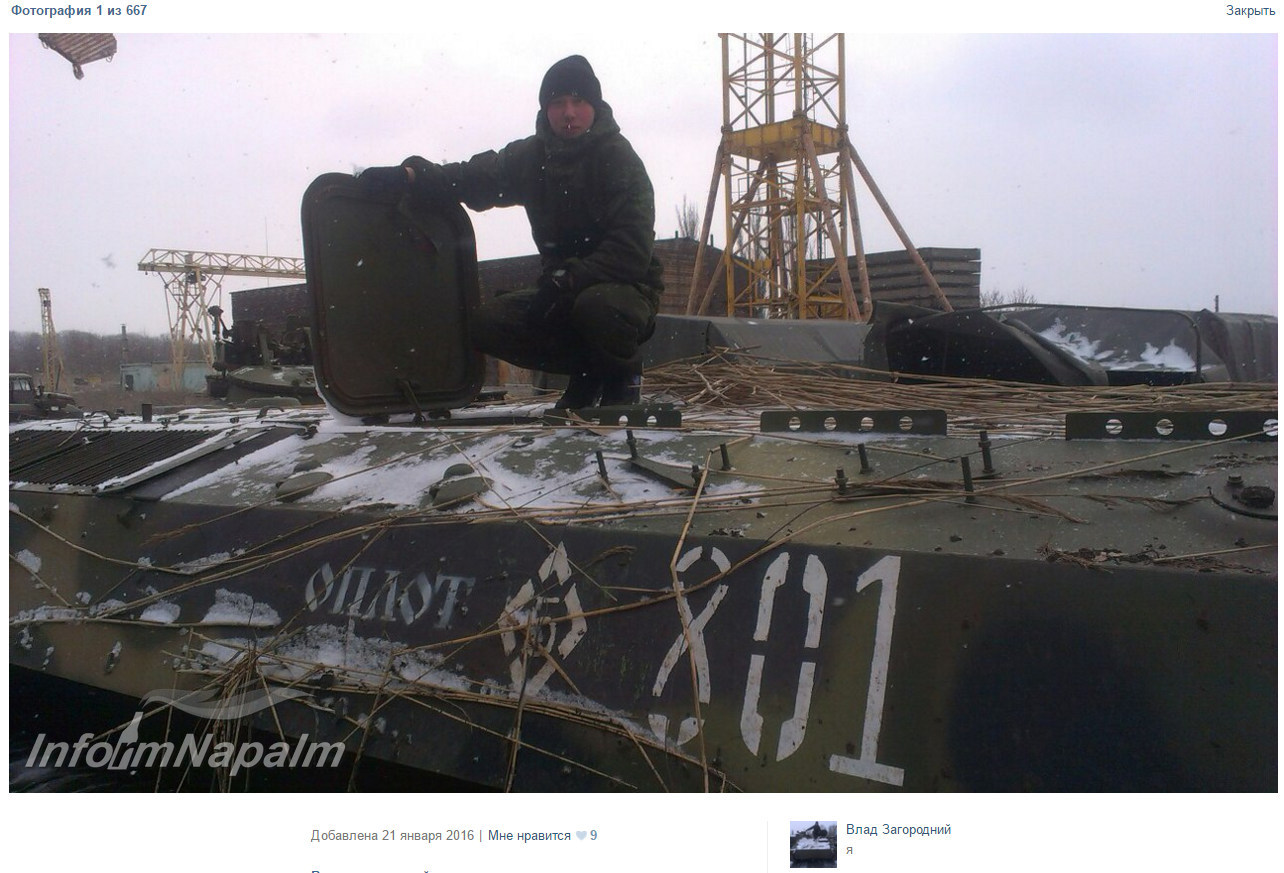 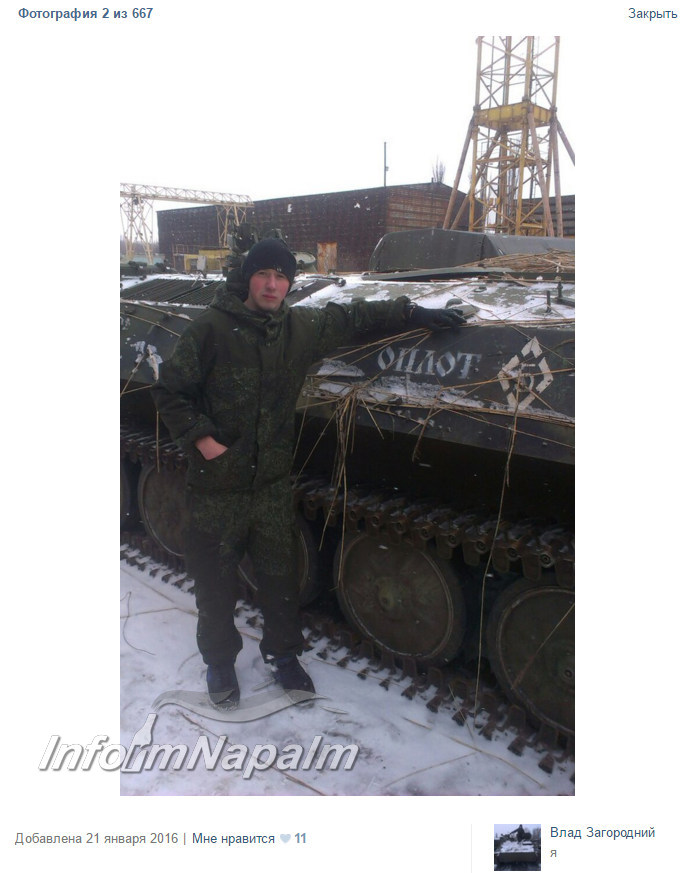 These are the photos by militant Igor Vladimirovich (callsign ‘Kalyba’, born on October 30, 1996), who is a driver of ‘Gvozdika’ SP gun with salary of 30000 rubles per month. 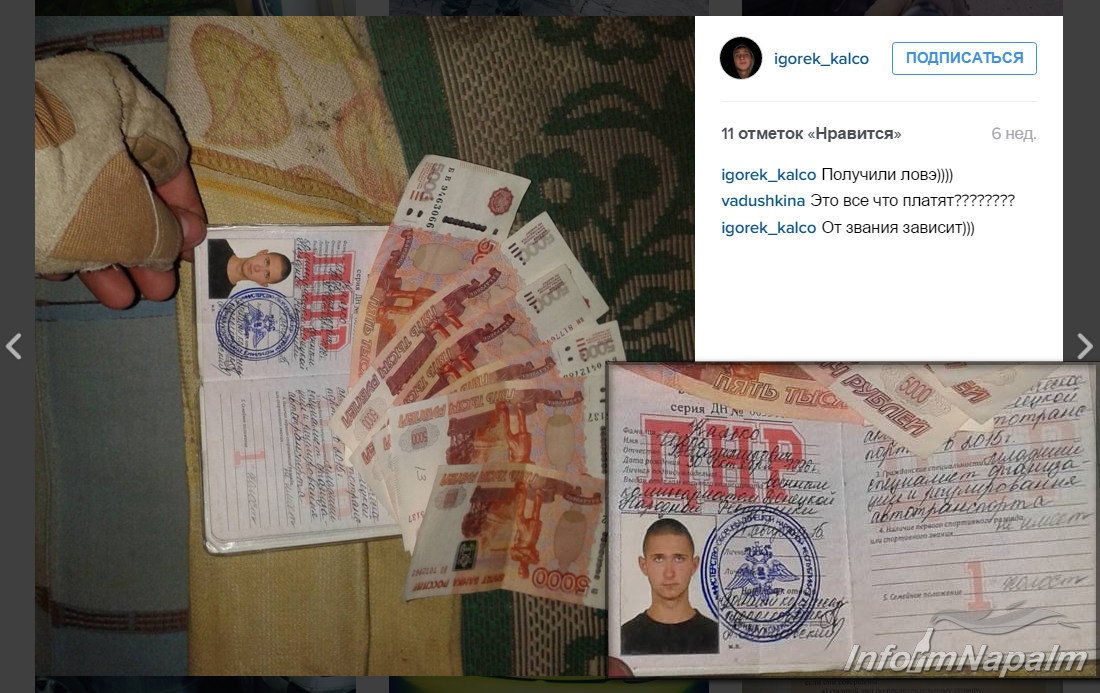 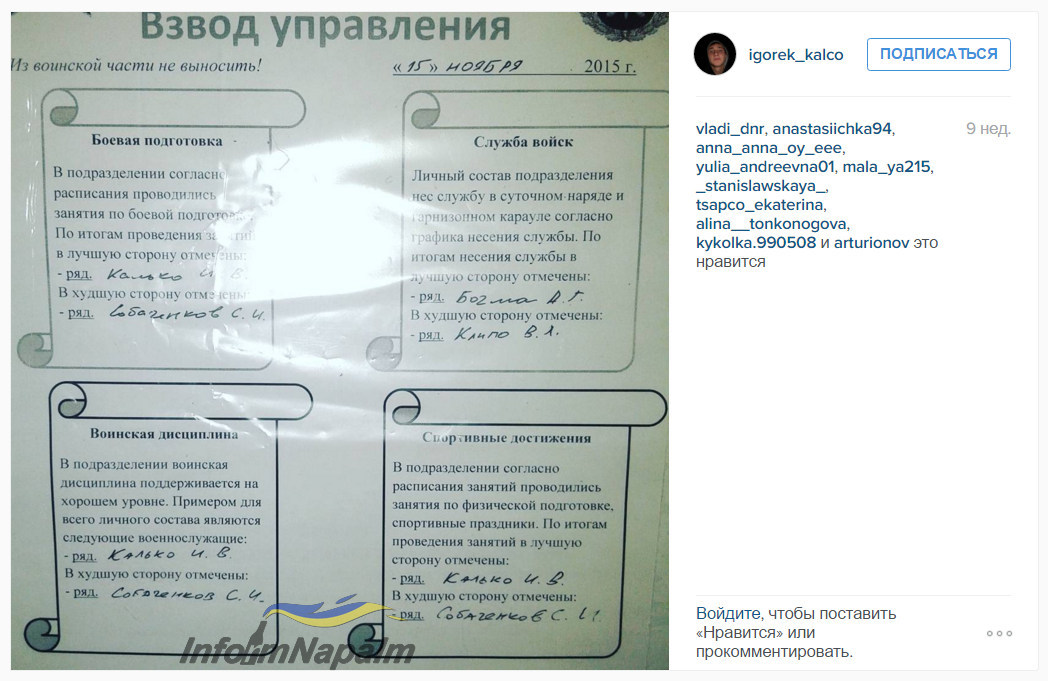 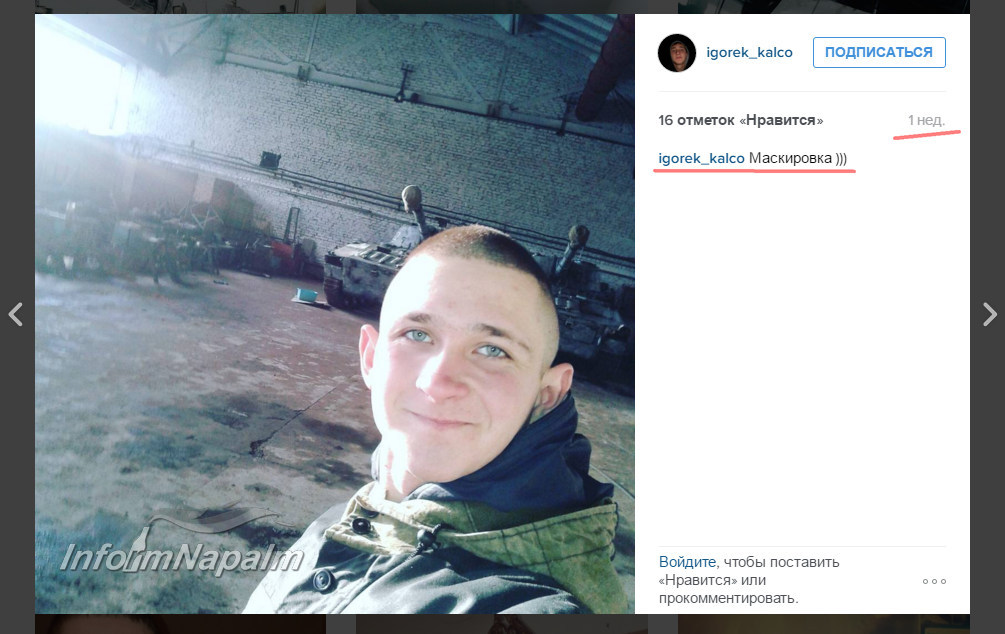 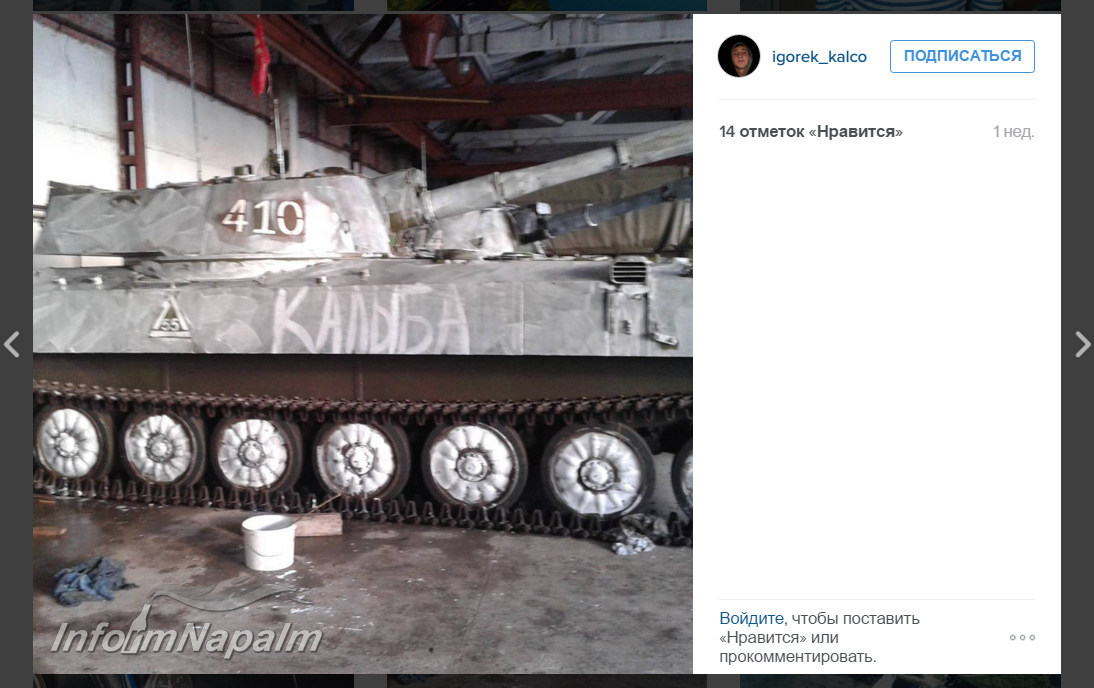 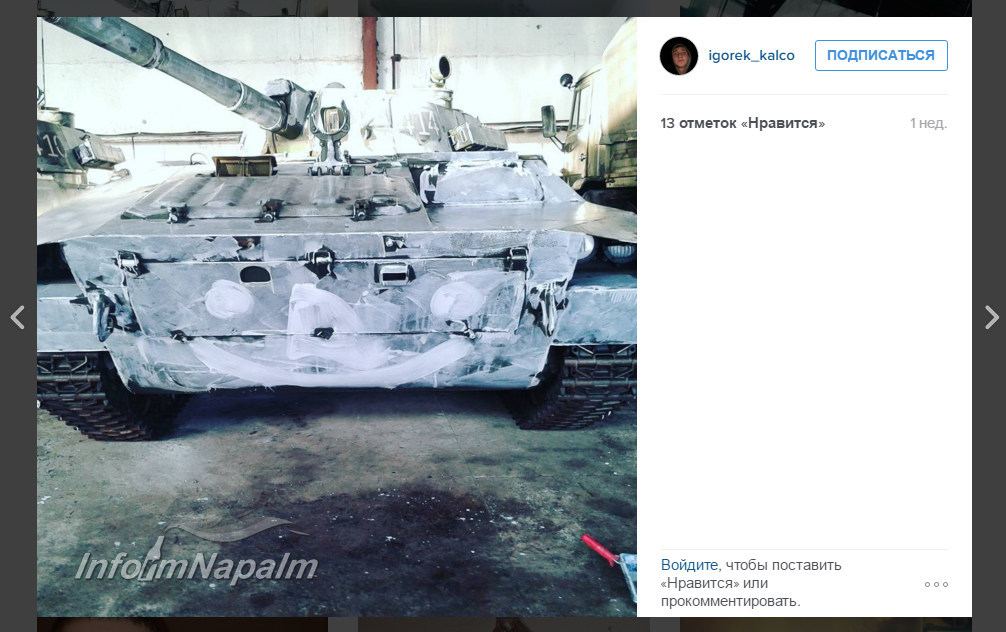 These are pictures of ‘Gvozdika’ gun with No. ‘412’ and ‘For you, for us, for Donbas’ inscription taken inside and outside of a building at this base. 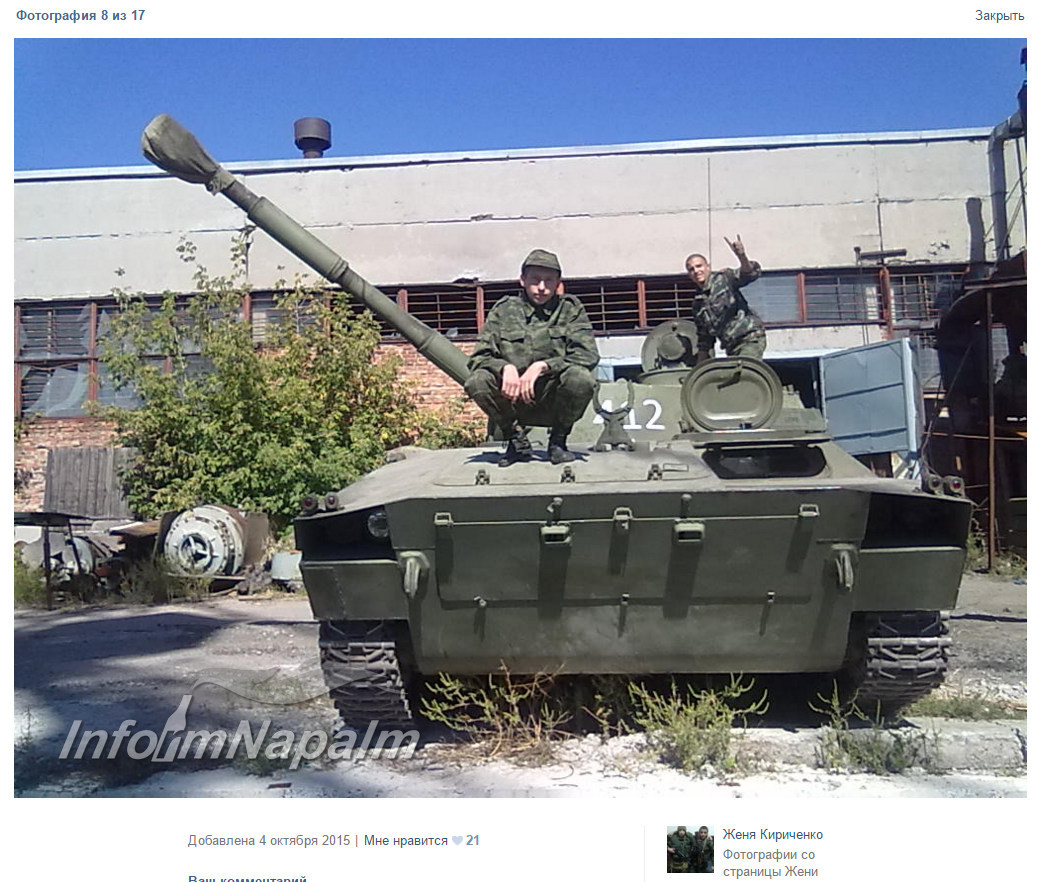 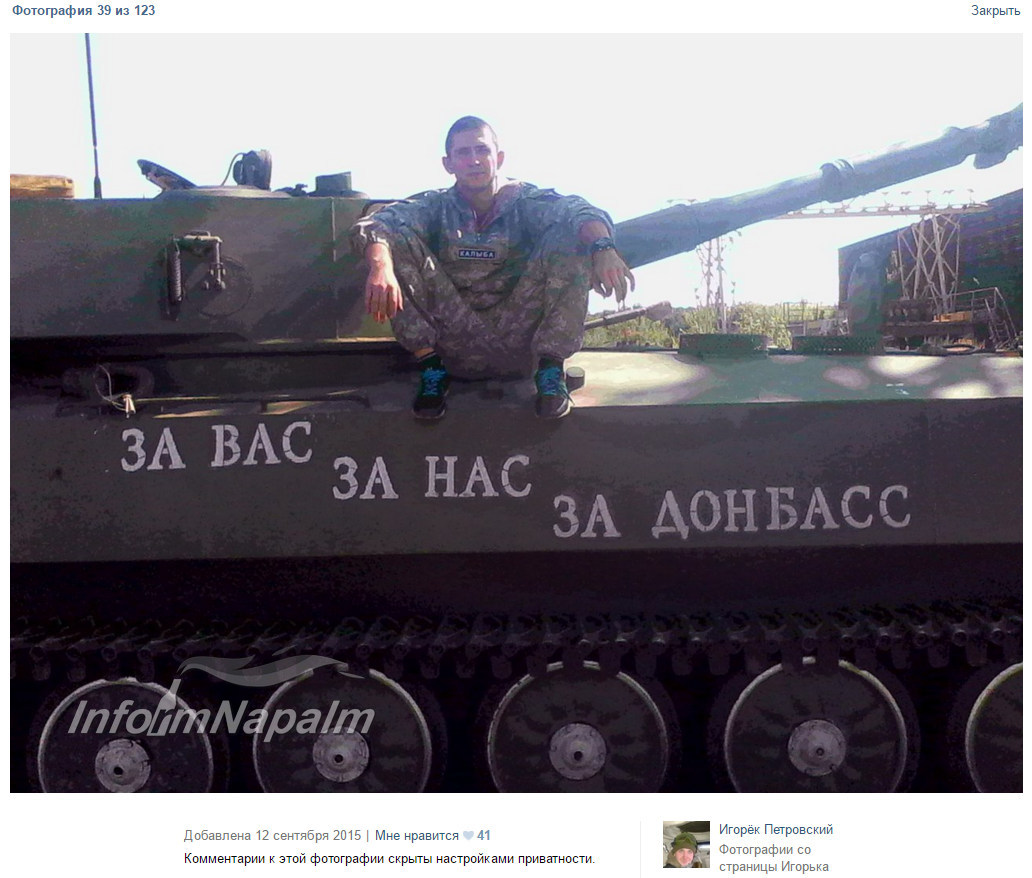 Igor Kalko wrote in the comments under the photo below that he had ‘washed’ ALL FIVE self-propelled howitzers. 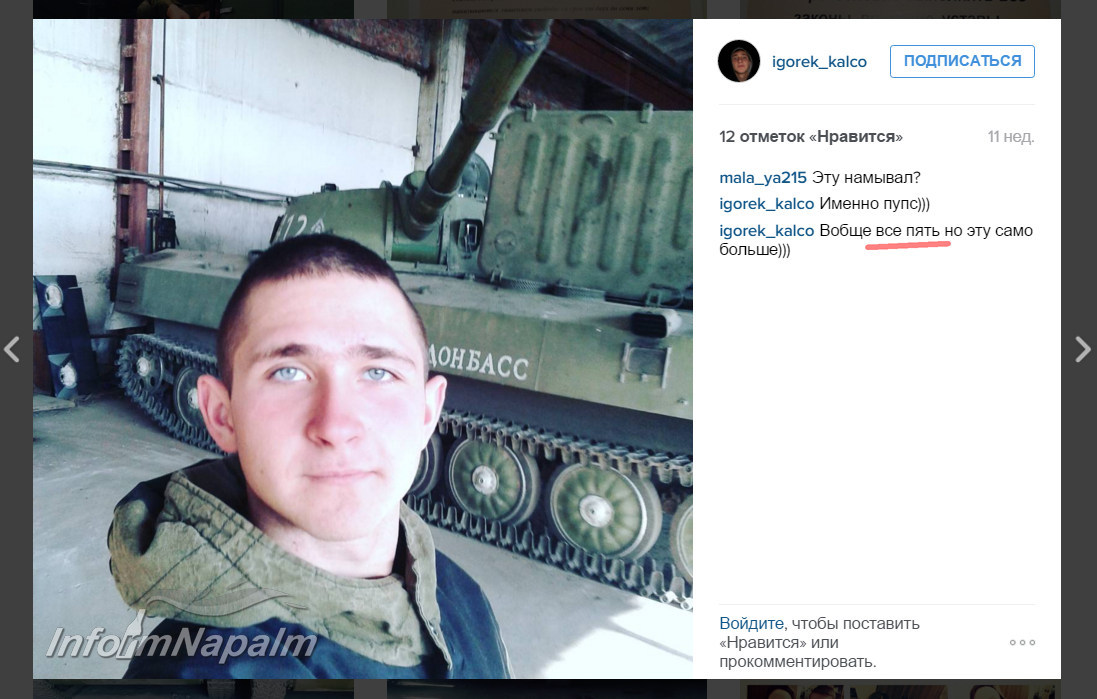 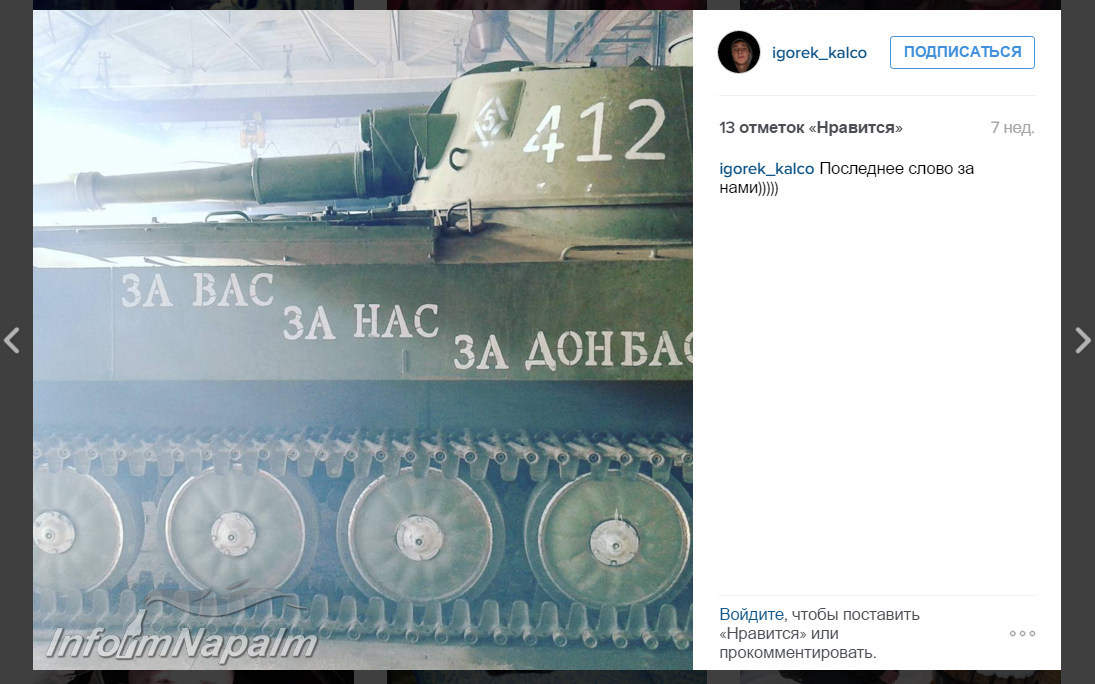 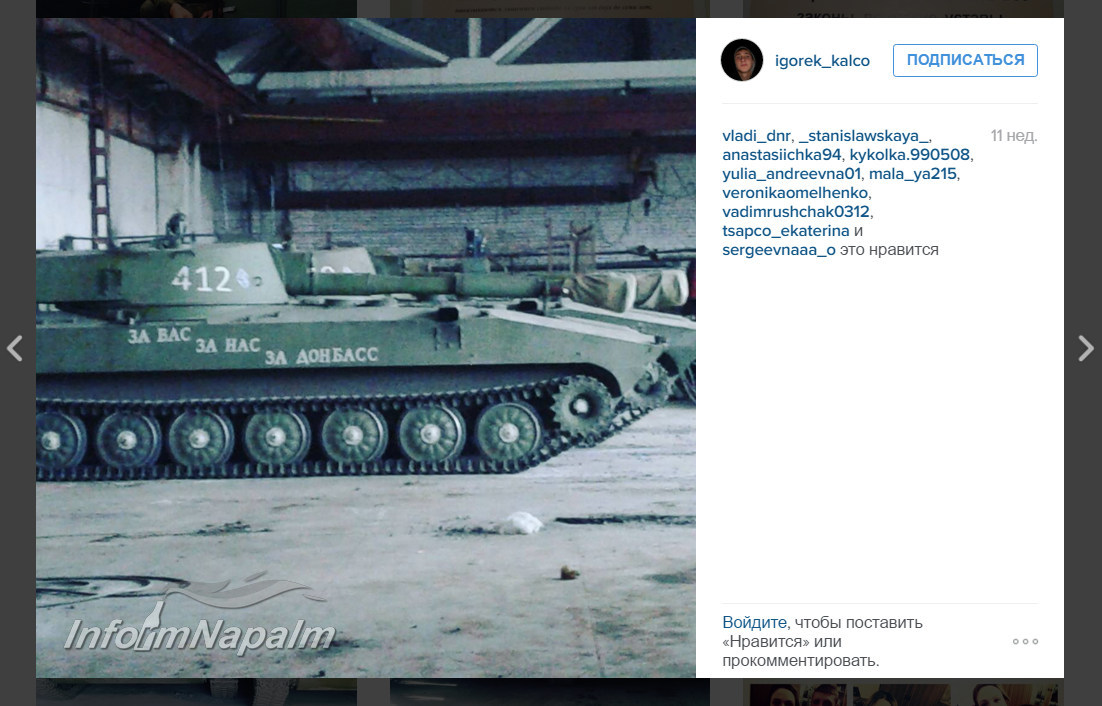 Many militants have alike or almost similar photos, so we take the most informative and interesting ones.

Here are photos made by militants in spring and summer of 2015. Our attention was drawn by the photo with piles of shells taken by a nameless militant with ‘Novorossiya Donetsk‘ nickname. As we can see, the shells are stored in a round hangar with brick siding. The closest similar building (map [18]) is located in 500m from the premises with the hidden ‘Gvozdika’ units. 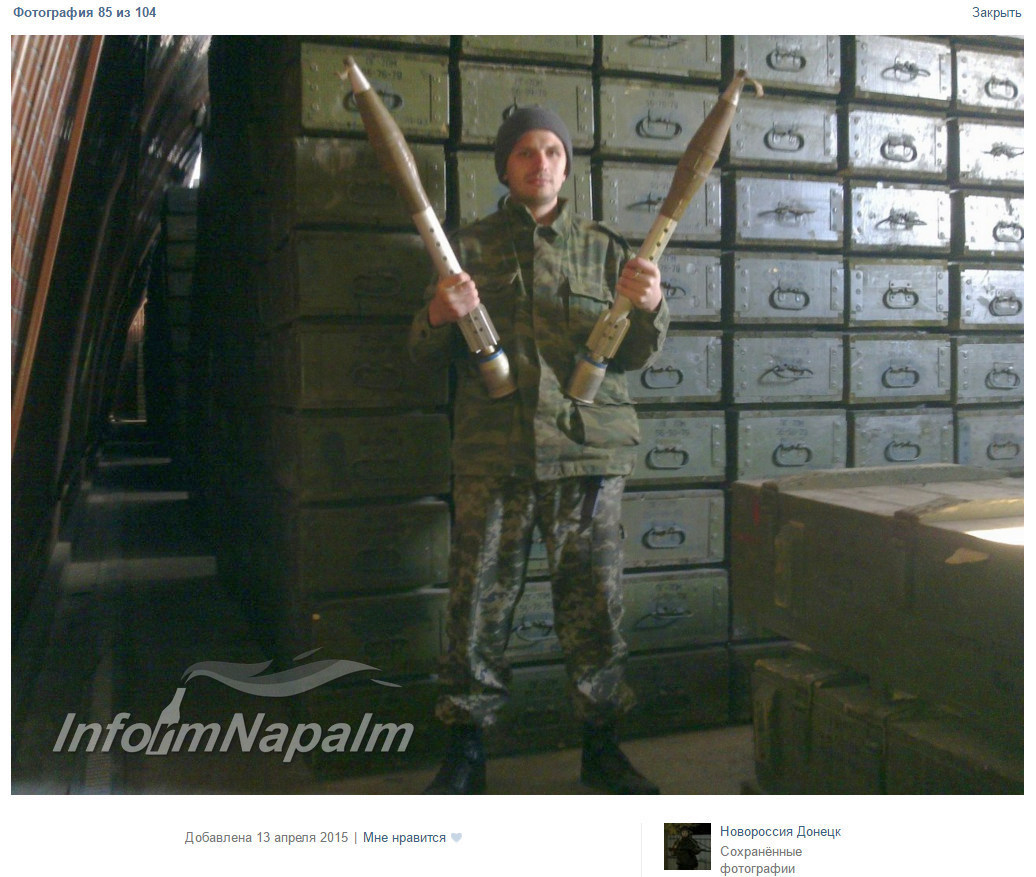 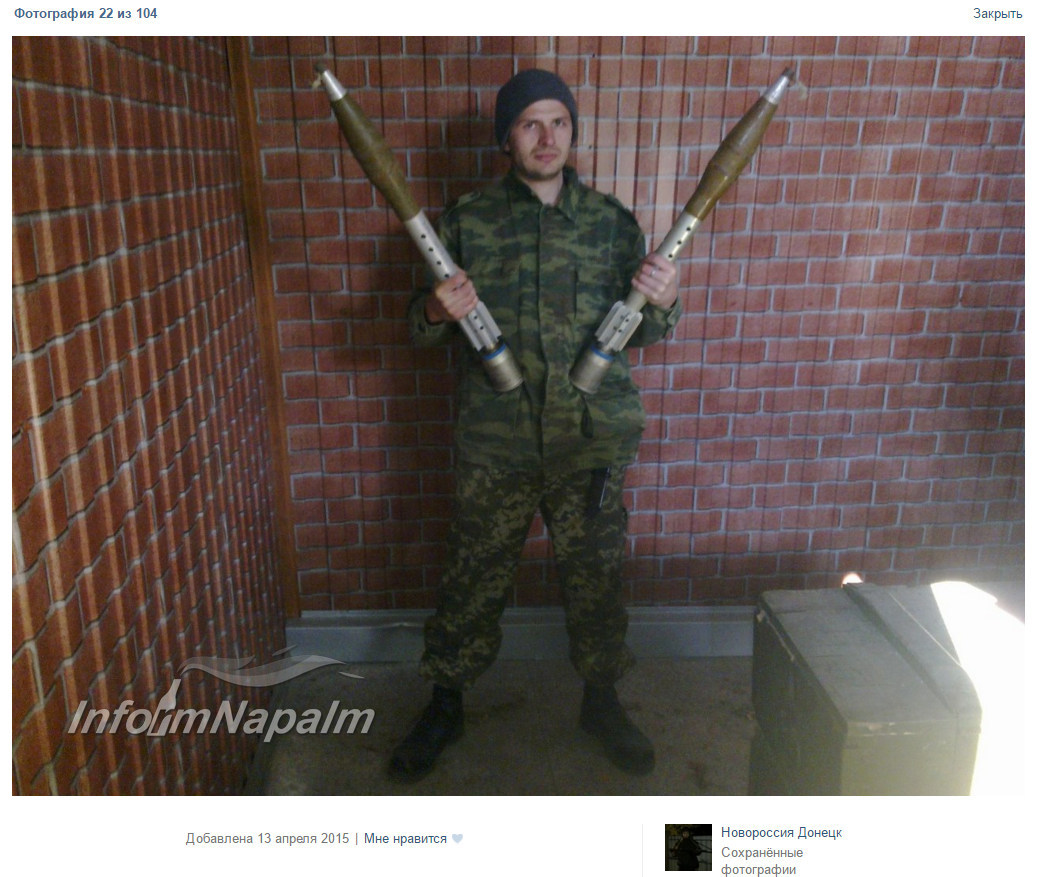 The ‘Novorossiya Donetsk‘ militant was seen in the same building near the ‘412’ SP gun. 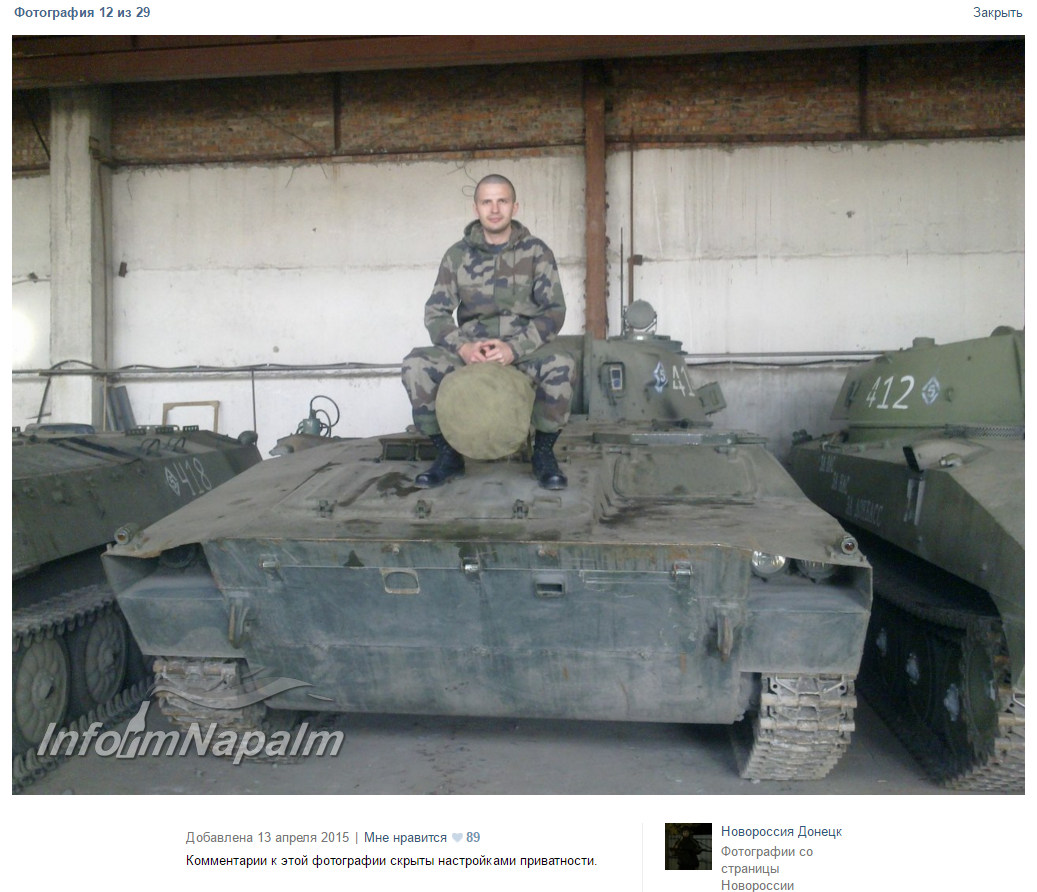 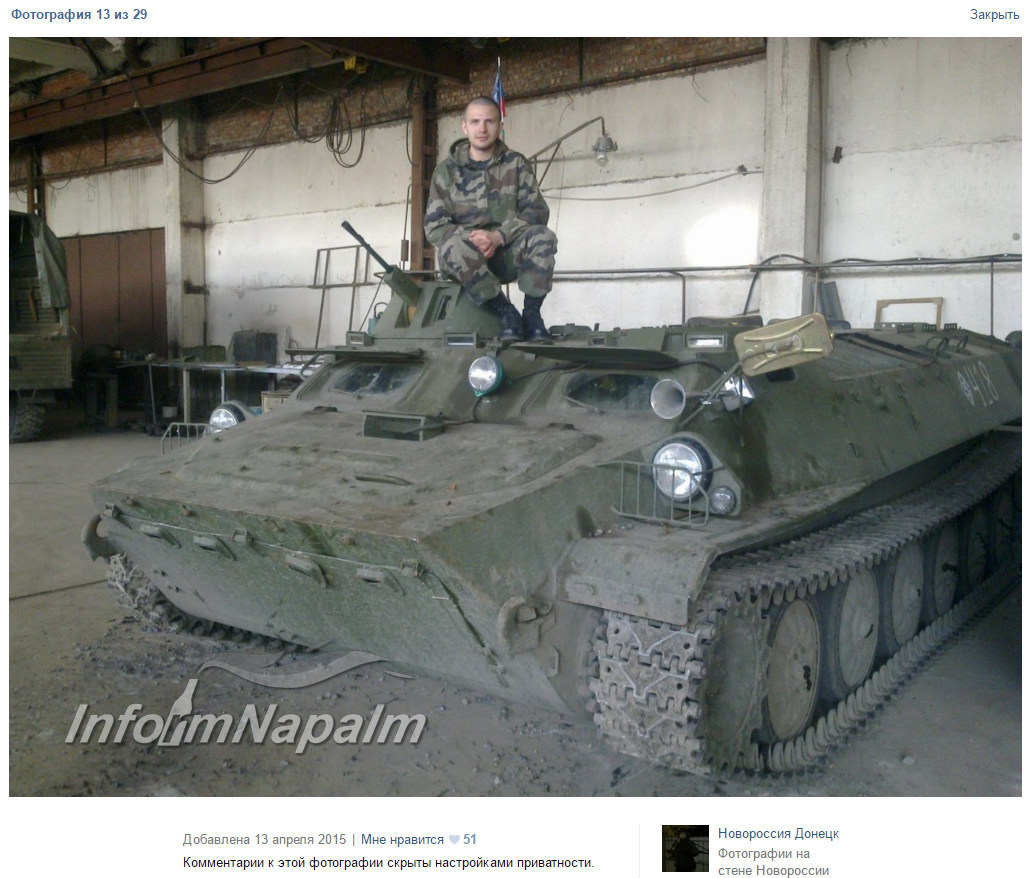 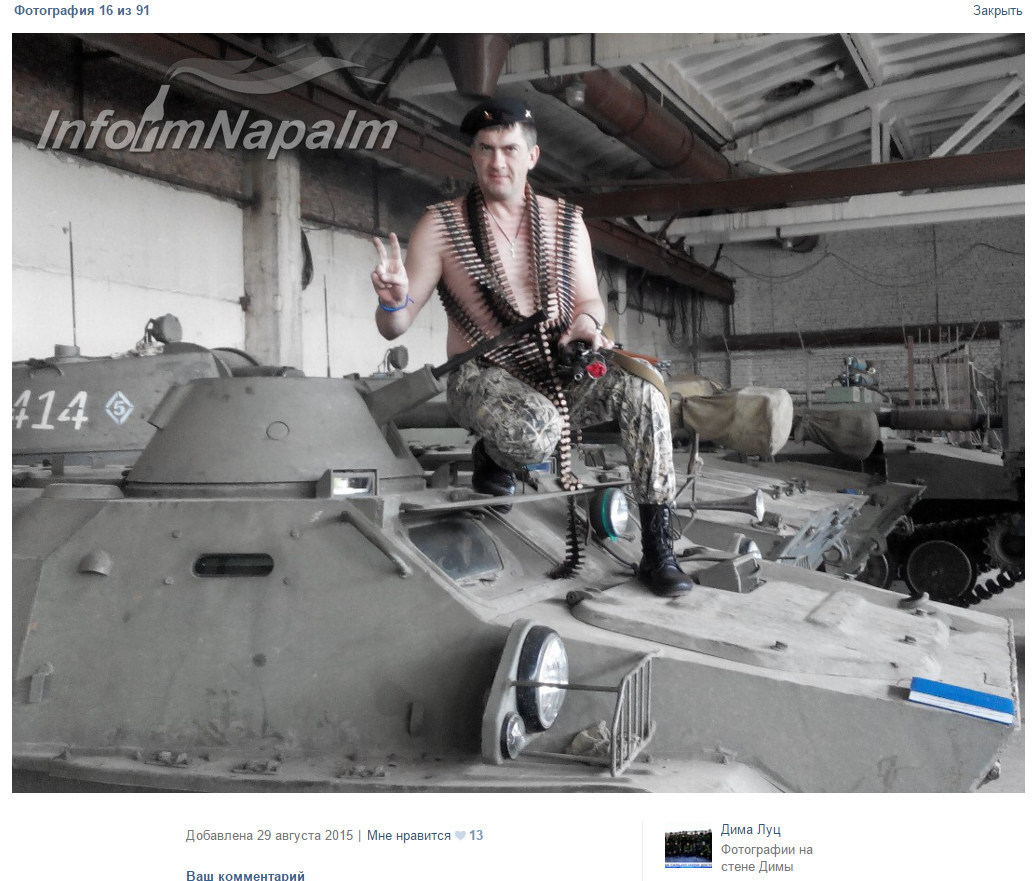 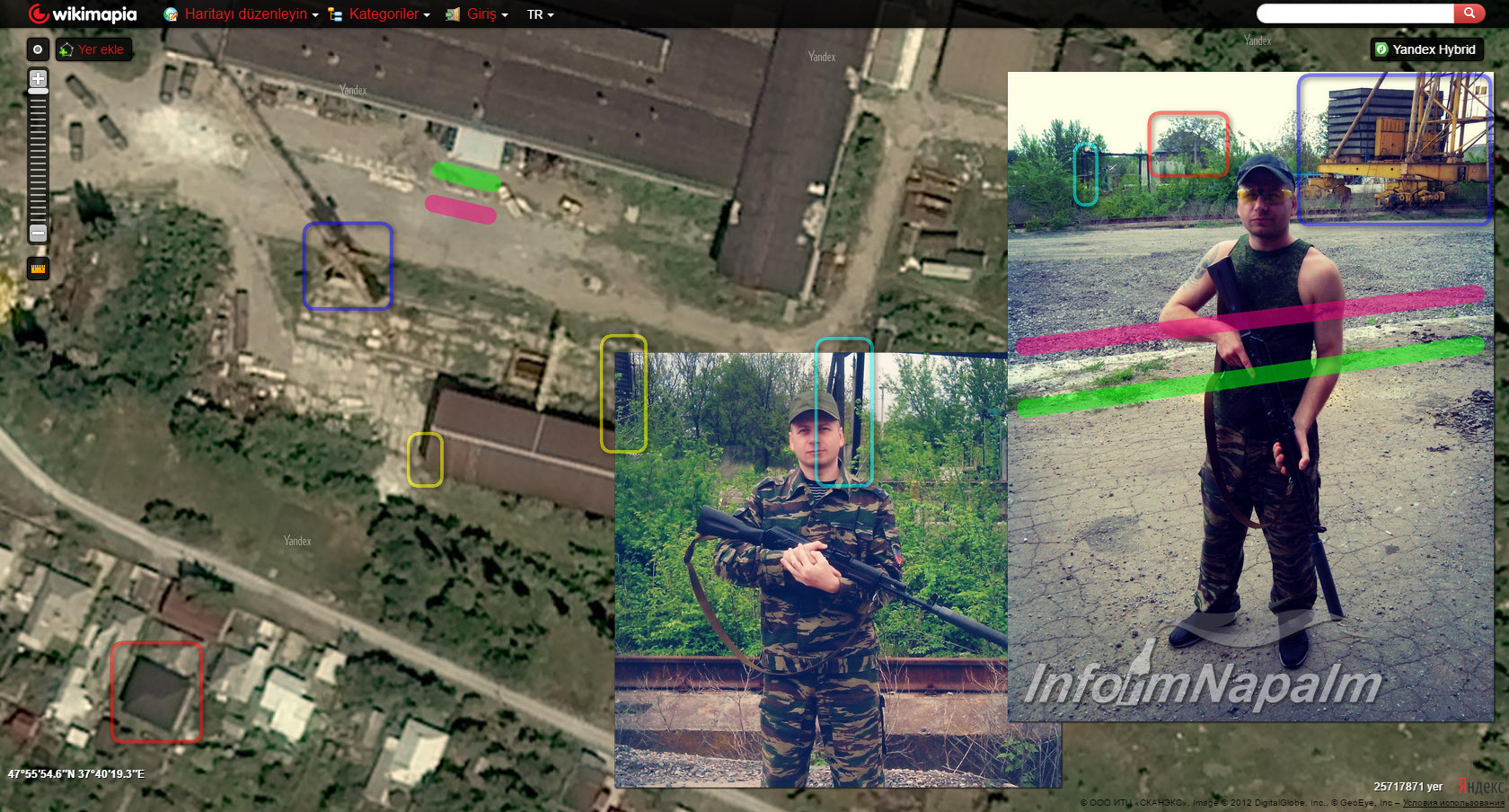 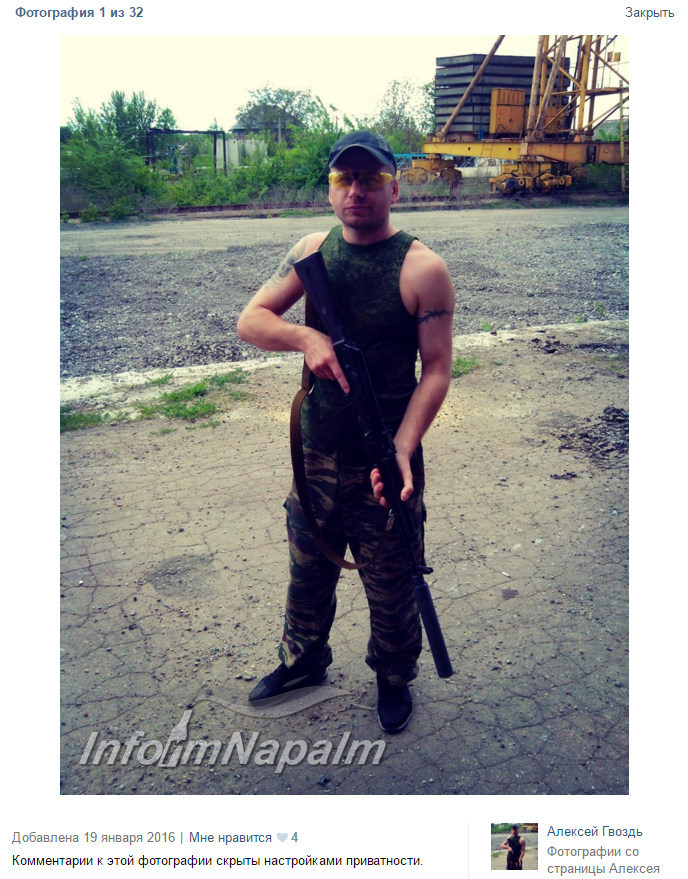 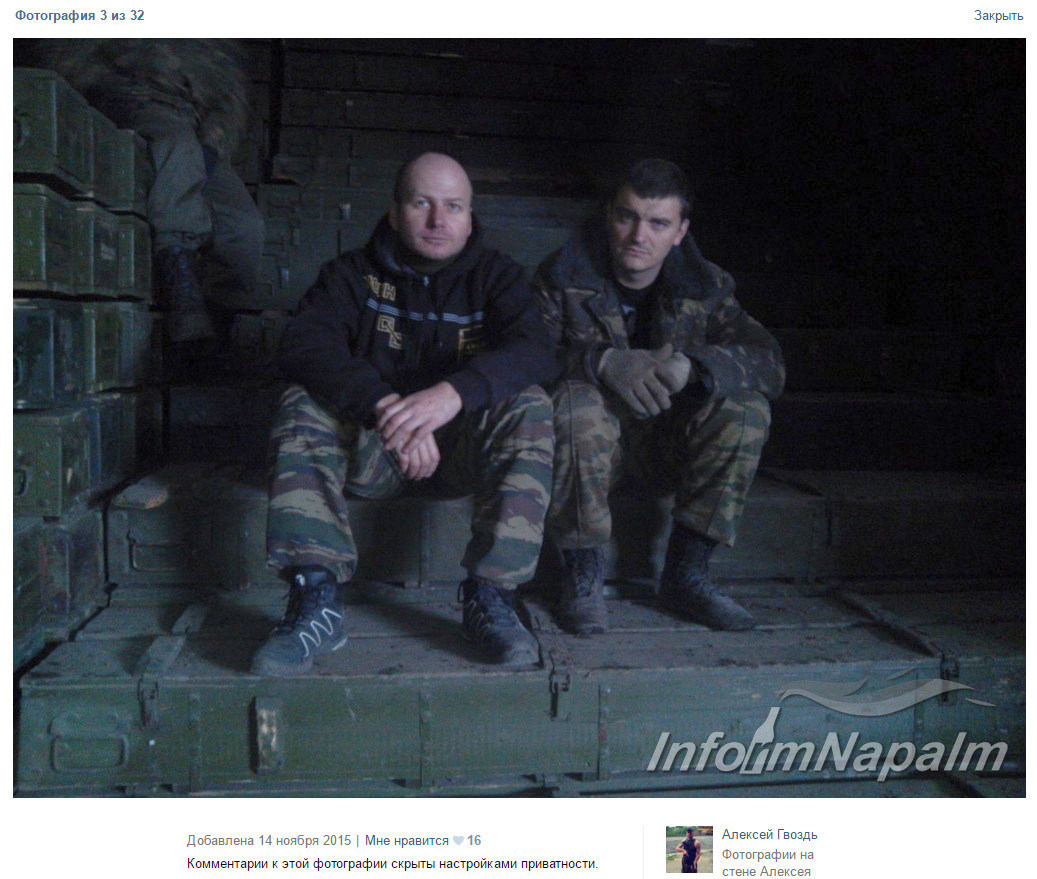