Volunteers of aerial intelligence handed a fresh image of a large accumulations of weaponry of the joined Russia-terrorist forces in the Donbas over to the international intelligence community InformNapalm for analysis.

Provisionally we can classify this equipment as belonging to a artillery battalion which consists of three bateries: two batteries of Gvozdika 122 mm self-propelled guns (4 pieces each) and one battery of D-30 122 mm towed howitzer (6 pieces). 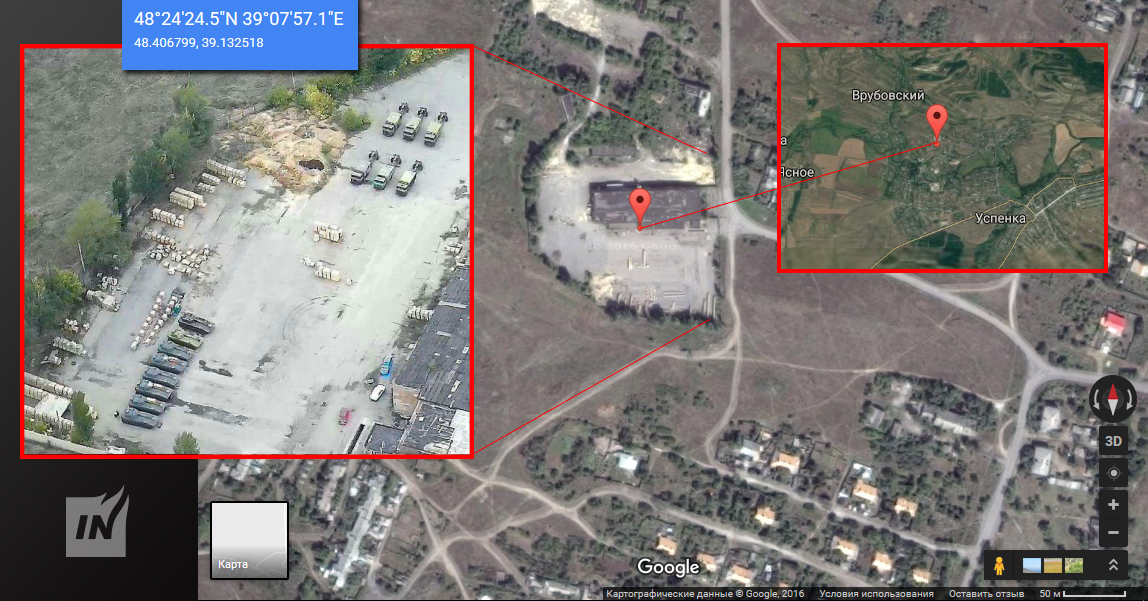 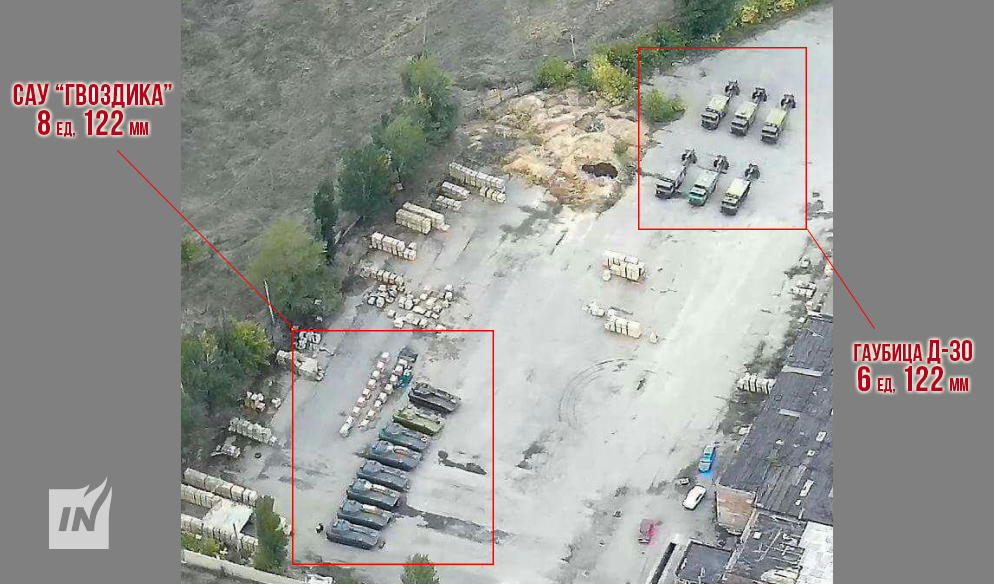 It is the fourth large weapons cluster of Russian terrorists detected and identified by volunteers over the past week in the Donbas. Earlier, large concentration of tanks and self-propelled guns was recorded in Donetsk [2] only 15 km from the demarcation line. Tanks were also recorded in the village of Razdolne [3] (10 km from the line). 2S1 Gvozdika 122 mm self-propelled guns were spotted at Novoazovsk [4] (17 km from the demarcation line). All these incidents demonstrate an outrageous violation of the agreements to withdraw heavy weapons for 25 km by the Russian terrorist forces.

It should be noted that this artillery battalion is located in an open area in the village of Vrubovsky. Although it is 30 km from the nearest point of the delimitation line, this is an important indicator of a dense saturation of the occupied territories with Russian weapons and military equipment which Russia is likely not going to withdraw back into its territory.

It is interesting that satellite images of TerraServer have captured this artillery battalion only since August 2016; it was not recorded in earlier satellite imagery.
Let us remind you that during monitoring and investigation of open information sources, such as analyses of satellite images, videos, bystander shots, personal photos of mercenaries and Russian military personnel from social media, the international intelligence community InformNapalm identified more than 30 types of weapons and special equipment of the Russian Armed Forces in the Donbas. In September 2016, a data base and video graphics were presented [5] as a result of the investigations.

[6](CC BY) Information specially prepared for InformNapalm.org [7] site, an active link to the authors and our project is obligatory for any reprint or further use of the material.