On March 23, 2021, three officers of the Russian Air Force were killed, and another was seriously injured due to a malfunction of the ejection system during preparation for takeoff of a long-range Tu-22M3 bomber. The accident happened at the Shaikovka military airfield in the Kaluga Oblast of the Russian Federation.

It is also known that Shaikovka airfield is the base of the 52nd Heavy Bomber Aviation Regiment (military unit 33310) operating Tu-95MS (Bear) and Tu-22M3 (Backfire-C) bombers. It is not known which of the 4 officers survived, but Russian channel NTV indicated that the regiment commander, Colonel Vadim Beloslyudtsev, died as a result of the accident.

InformNapalm volunteers also found an archived interview [1] given to the NTV channel by the regiment commander, Colonel Vadim Beloslyudtsev in the fall of 2020. 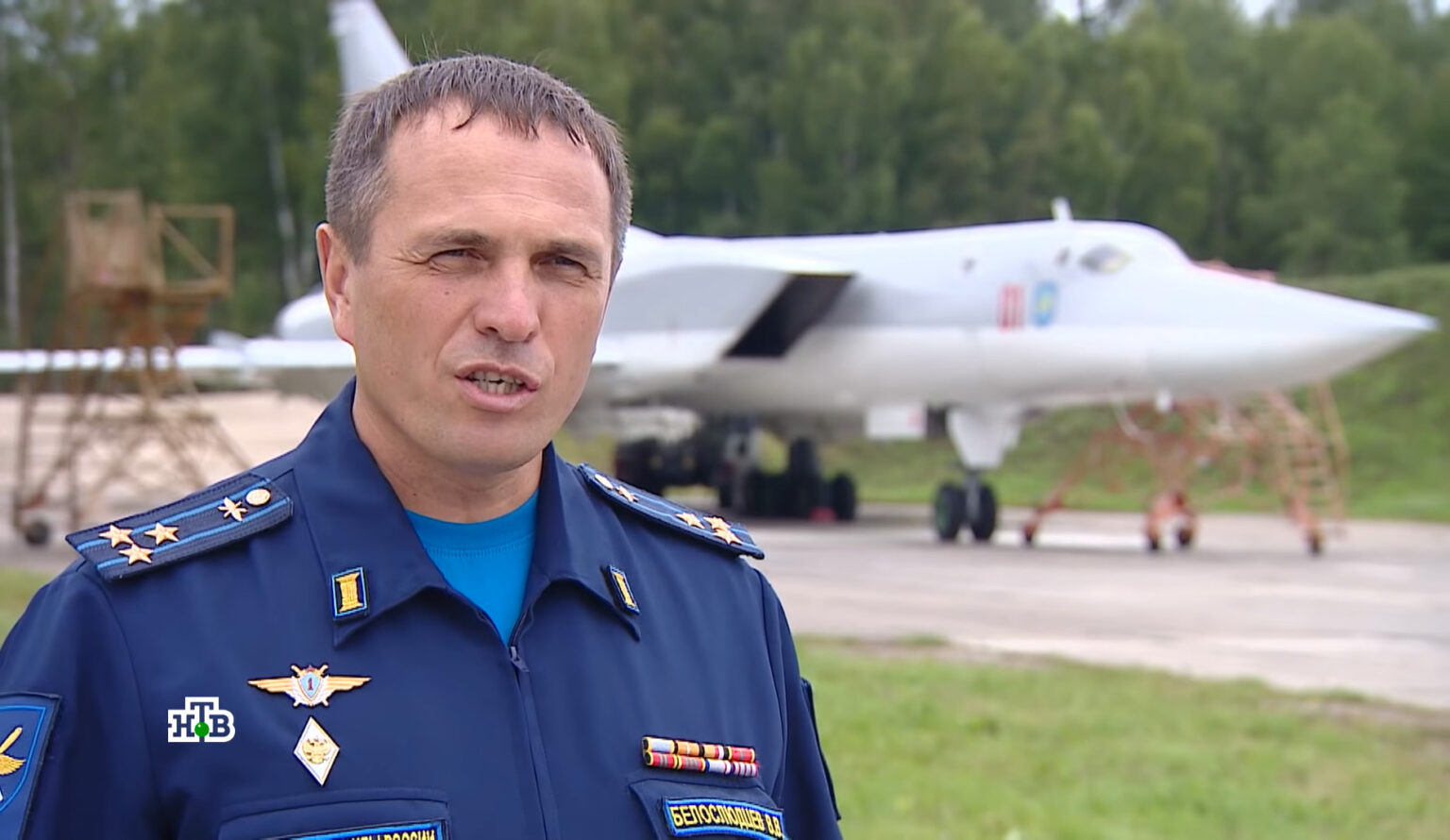 “Tu-22M3 is a soldier plane that has taken an active part in practically all conflicts of recent decades,” Beloslyudtsev emphasized.

The NTV story also said that this aviation regiment had participated in the war in Chechnya in the 90s, then was deployed in August 2008 in the war against Georgia.  According to InformNapalm OSINT investigations, the pilots of this regiment also took part in air strikes in Syria.

In 2015, InformNapalm volunteers conducted an OSINT analysis of Russian propaganda videos and made public the identification data of the Tu-22M3 crew commanders [2] who bombed civilians in Syria. 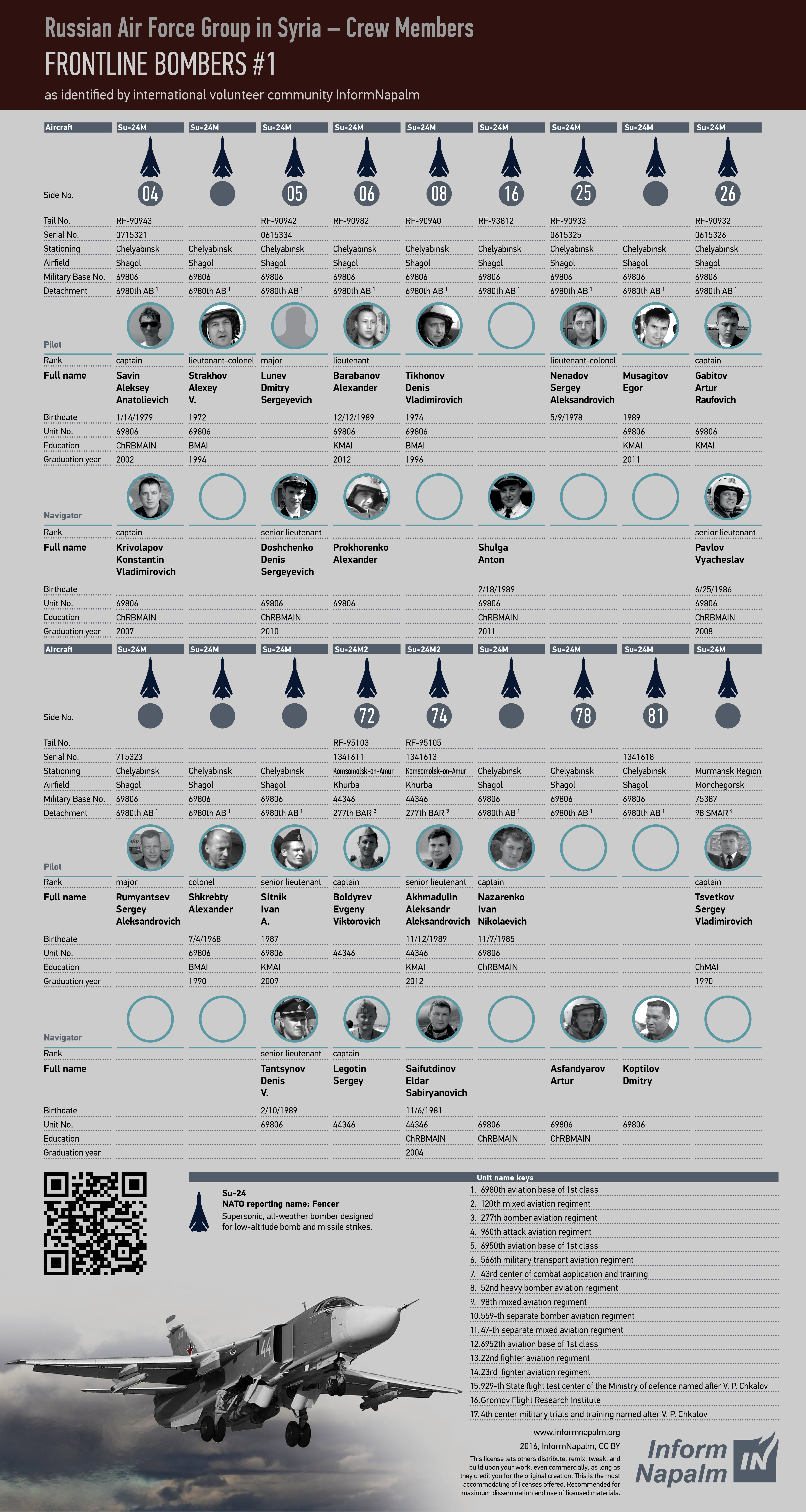 On November 14, 2019, the Commander of the Ukrainian Navy, Admiral Igor Voronchenko, during the third international conference on maritime security of the Black Sea region countries, reported [3] that on July 10, 2019, Russian Tu-22M3 strategic bombers drilled a missile strike over the sea, 60 km from the city of Odessa, and then flew towards the Bosporus.

In 2016, InformNapalm volunteers collected and made public idetnifying data of 116 officers of the Russian Air Force [4] – pilots and navigators of the Russian air wing in Syria, who repeatedly launched missile and bomb strikes killing thousands of civilians. Apparently, in the event of the start of a full-scale war of the Russian Federation against Ukraine, these Russian officers will be deployed again to deliver air strikes against civilians and defenders of Ukraine.

Back in 2016, Russian media reacted hysterically, calling the publication of the data of the military crews a “leak of classified information”. The Russian Foreign Ministry also unsuccessfully tried to apply diplomatic pressure on countries where the InformNapalm.org website and its mirror sites were hosted demanding that the site be closed [5].

[18]   Inform Napalm does not receive any financial support from any country’s government or large donors. Only community volunteers and our readers help to maintain the site. You can also volunteer or support the development of the unique volunteer intelligence resource InformNapalm with your donations through Patreon [19].