Servicemen from the Russian 810th Separate Marine Brigade of the Black Sea Fleet have come to the attention of volunteers of InformNapalm international intelligence community more than once. In May 2015, one of the marines was spotted in Luhansk Oblast [1] while serving in the separatists illegal armed forces. In April 2016, another marine disclosed a location of a Russian outpost [2] located 7 km from a military airbase in Syria. Also, there were those who managed to visit both hot spots [3].

The subject of this InformNapalm OSINT investigation is a professional serviceman of the 810th Separate Marine Brigade, military unit #13140, based in Sevastopol, Crimea, a temporarily occupied territory of Ukraine.

The Russian marine is registered as Alexander Vladimirovich [4]** on the Russian social website VKontakte. 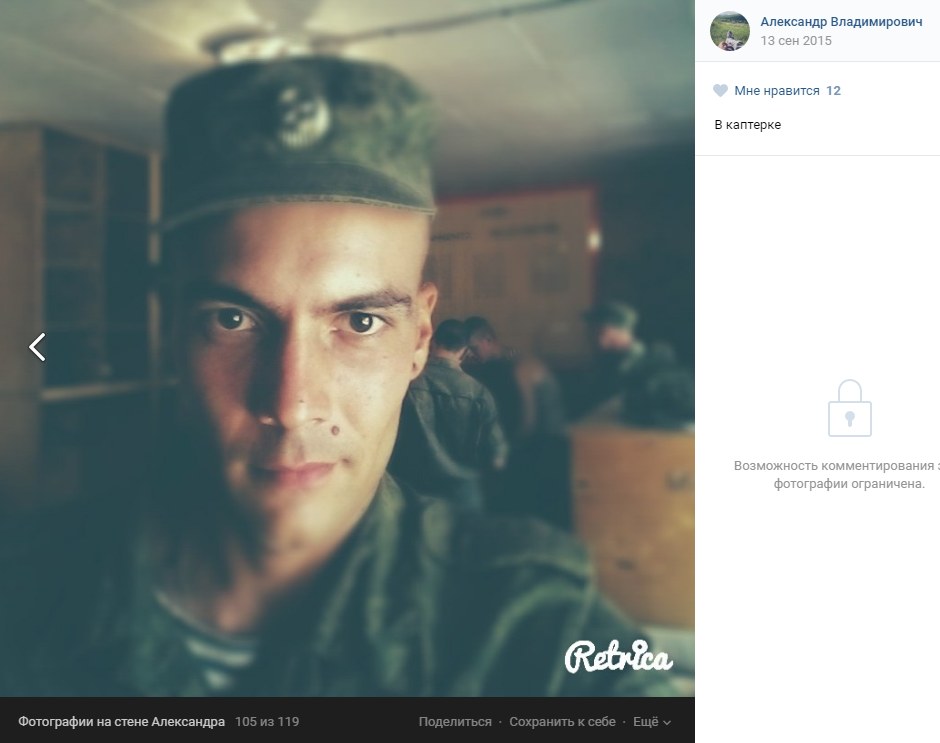 Alexander’s life and service “after Donbas”: 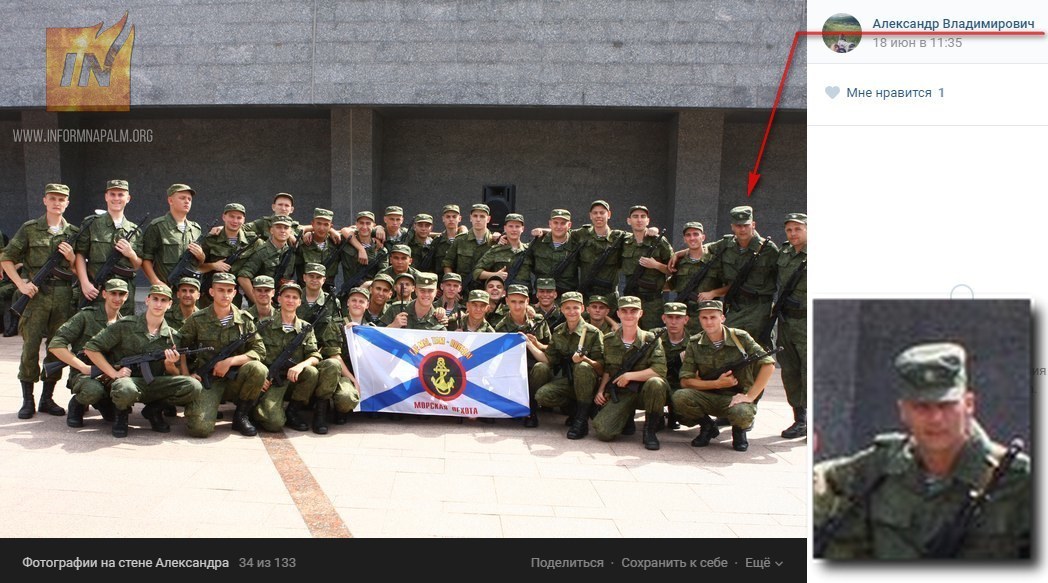 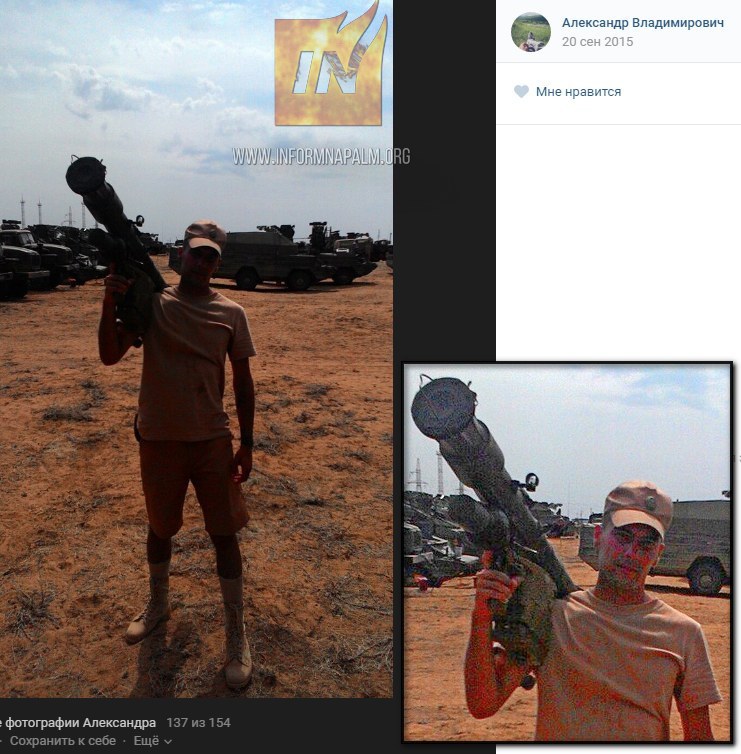 [8]The photo of Alexander wearing a desert uniform was taken during military exercises in Crimea. 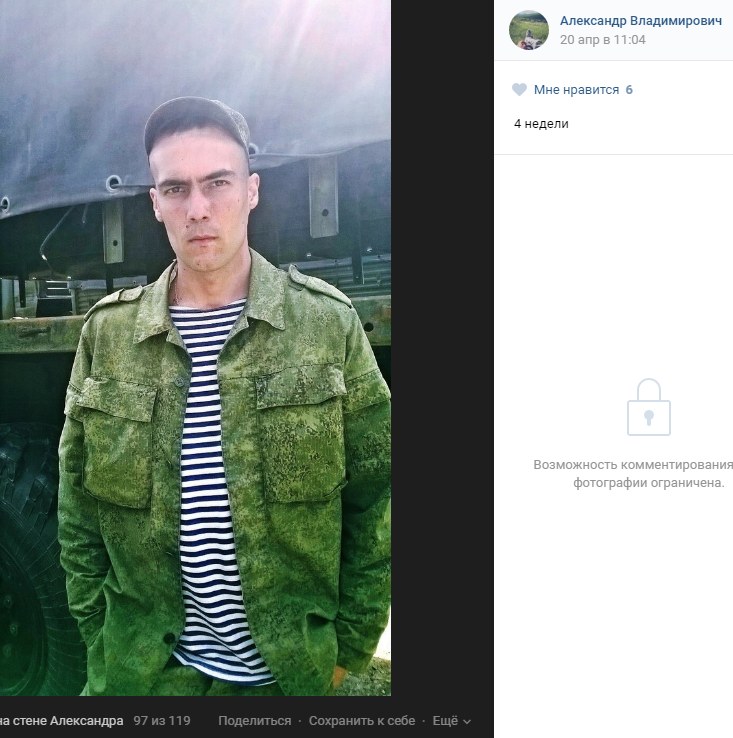 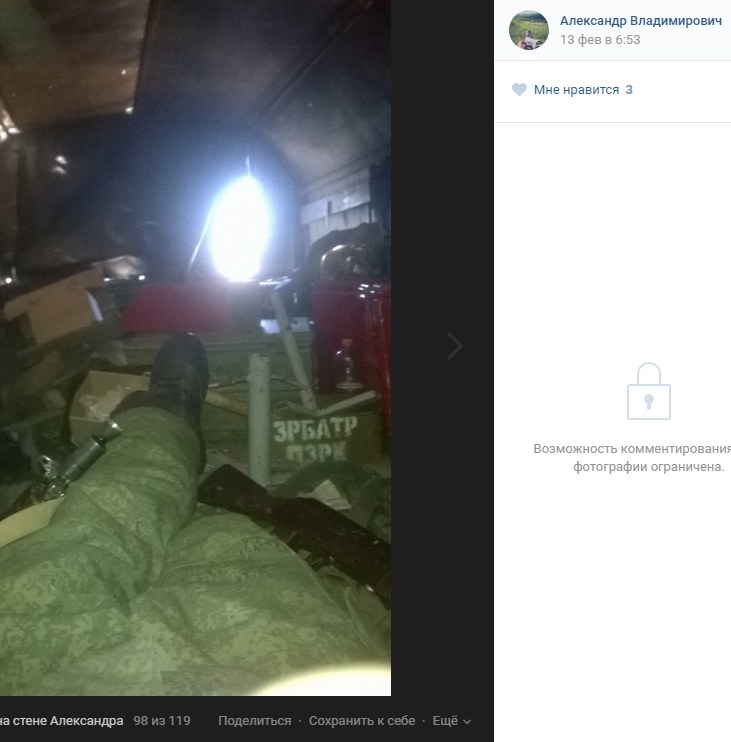 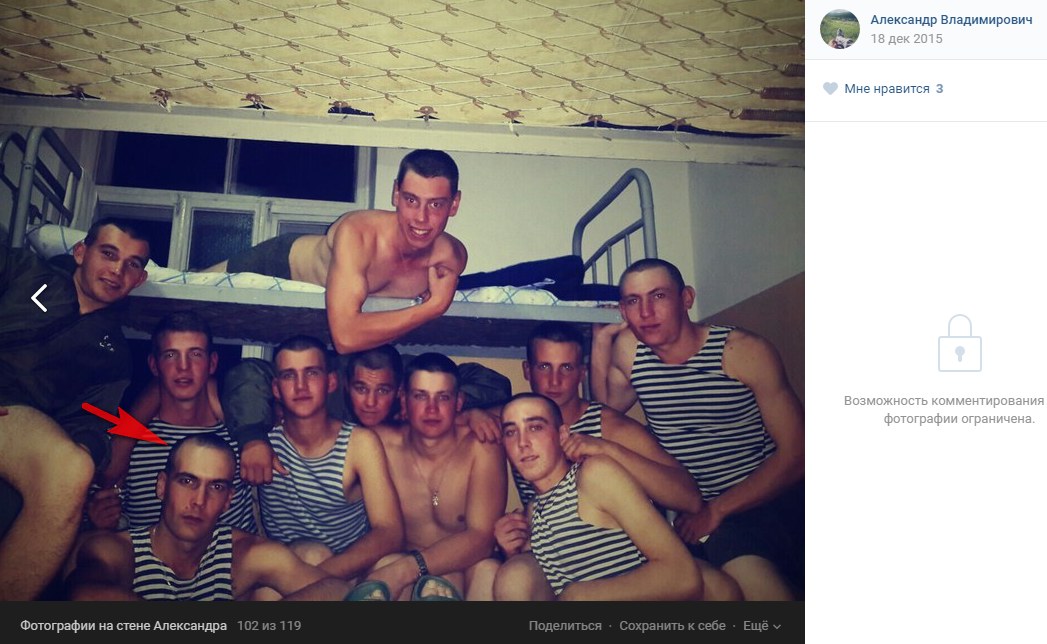 Alexander’s life and service in Crimea, “before Donbas”

In the photo, dated April 2014, Alexey Chaly, the former “Acting Governor of Sevastopol”, awards the medal “For Military Valor” to members of the so-called “self-defense of Sevastopol”. The awarding ceremony was held in the territory of Sevastopol Coast Guard Detachment of the State Border Guard Service of Ukraine in Balaklava (military unit #2382) that was captured by Russians in March, 2014. The exact location on the map is here [12]. 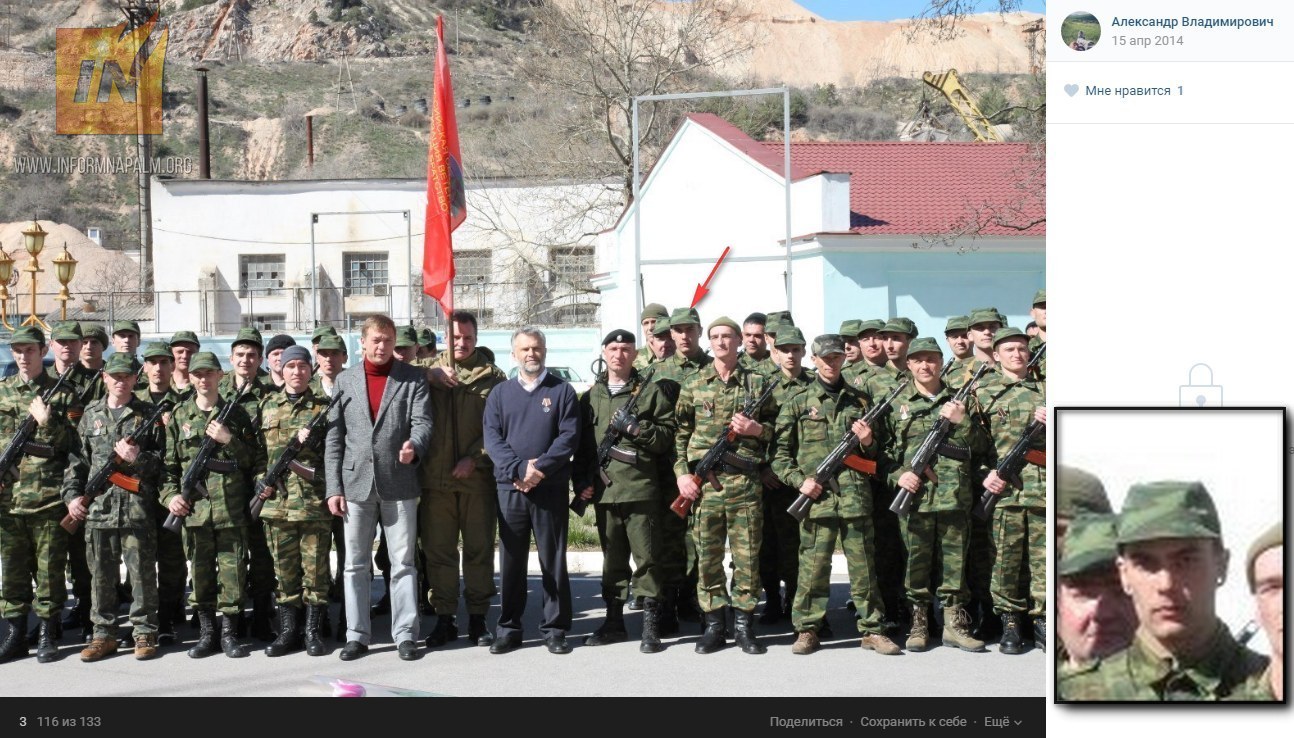 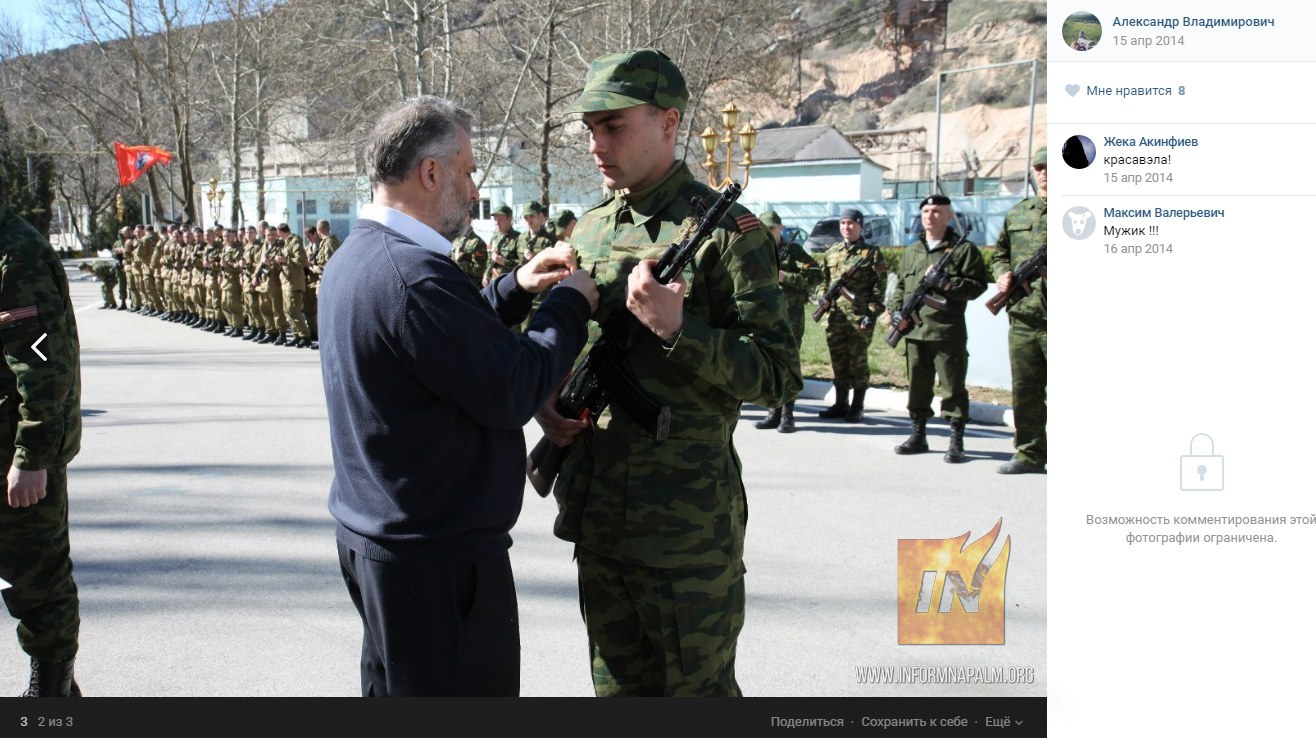 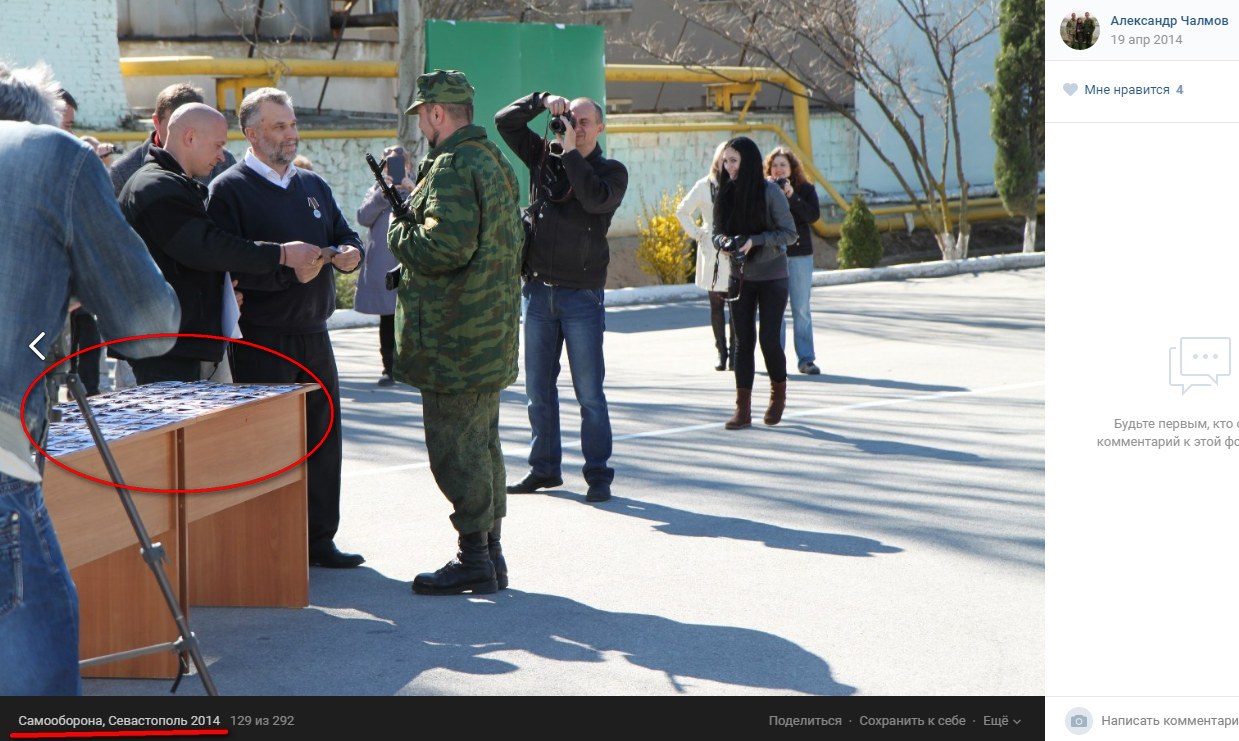 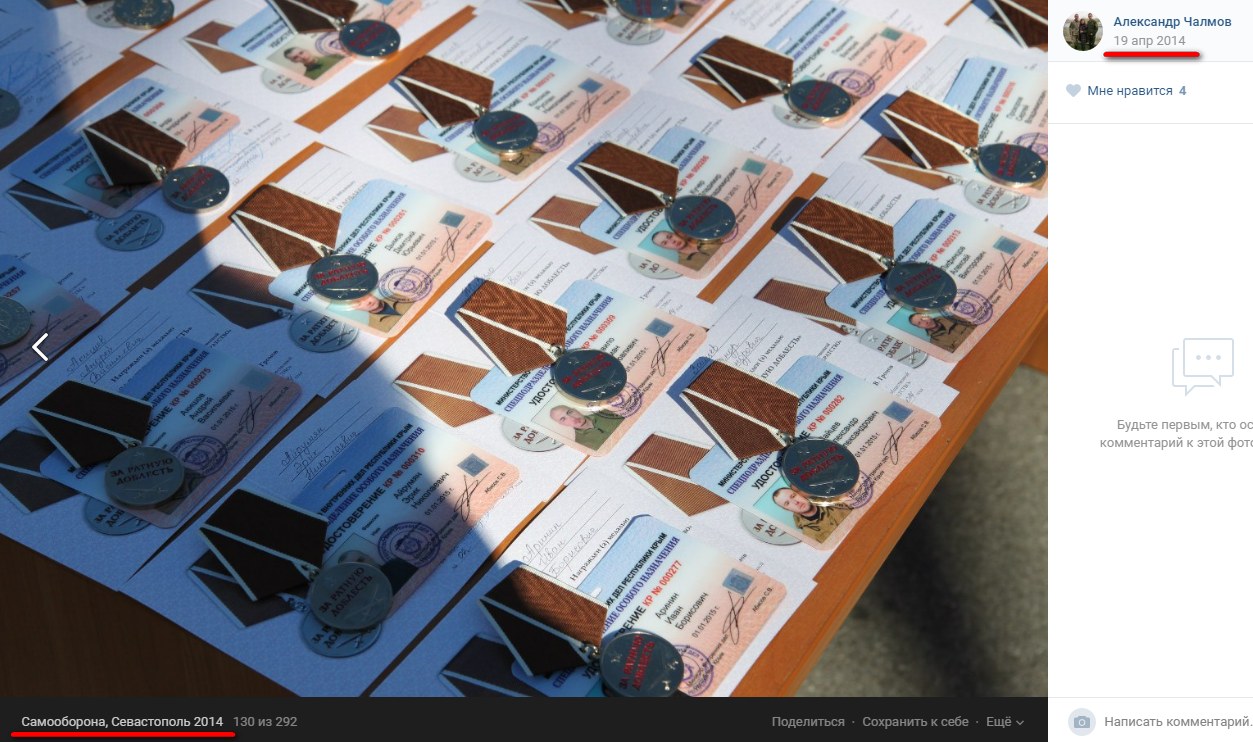 The photo below [17] was taken against the wall of the North Fortification in Sevastopol, on the hill above the Bay of Sevastopol. 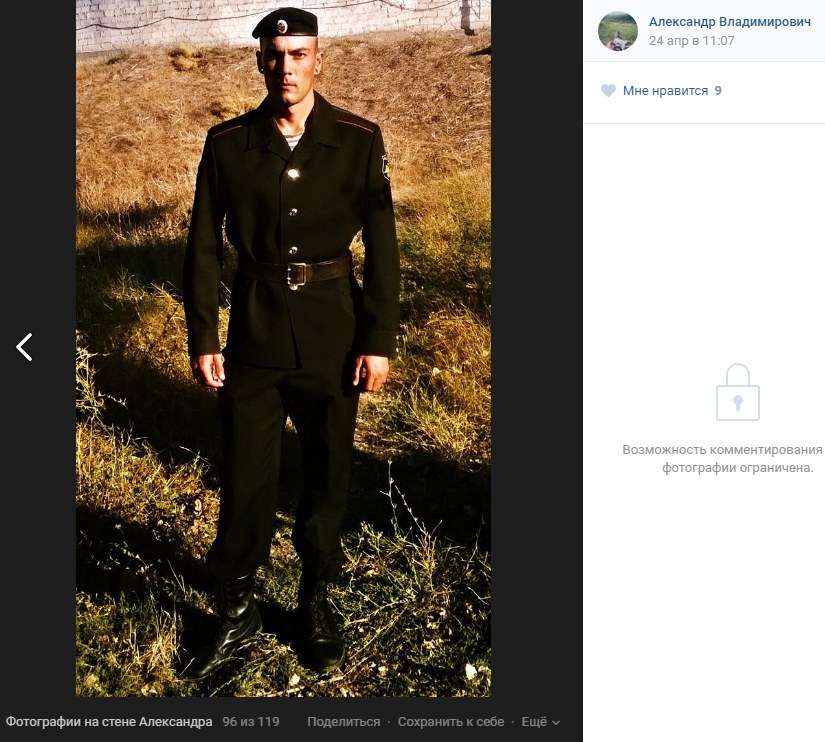 Alexander’s life and service “in Donbas” in 2014 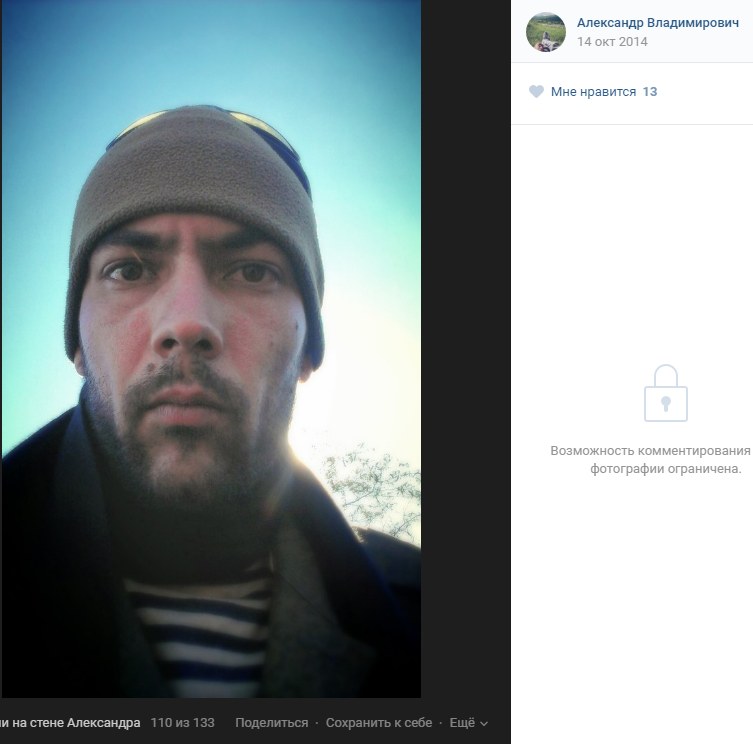 In a photo [20] posted on October 19, 2016, the Russian military criminals were posing next to a sign “To Mariupol 12 km” near the village of Uzhovka (formerly Leninske). It is here [21] on the map. The photo has been geotagged. The date on the photo is October 22, 2014. It is most likely correct and matches the beginning of the construction of a fortified region that was captured in the satellite image below, dated November 10, 2014. 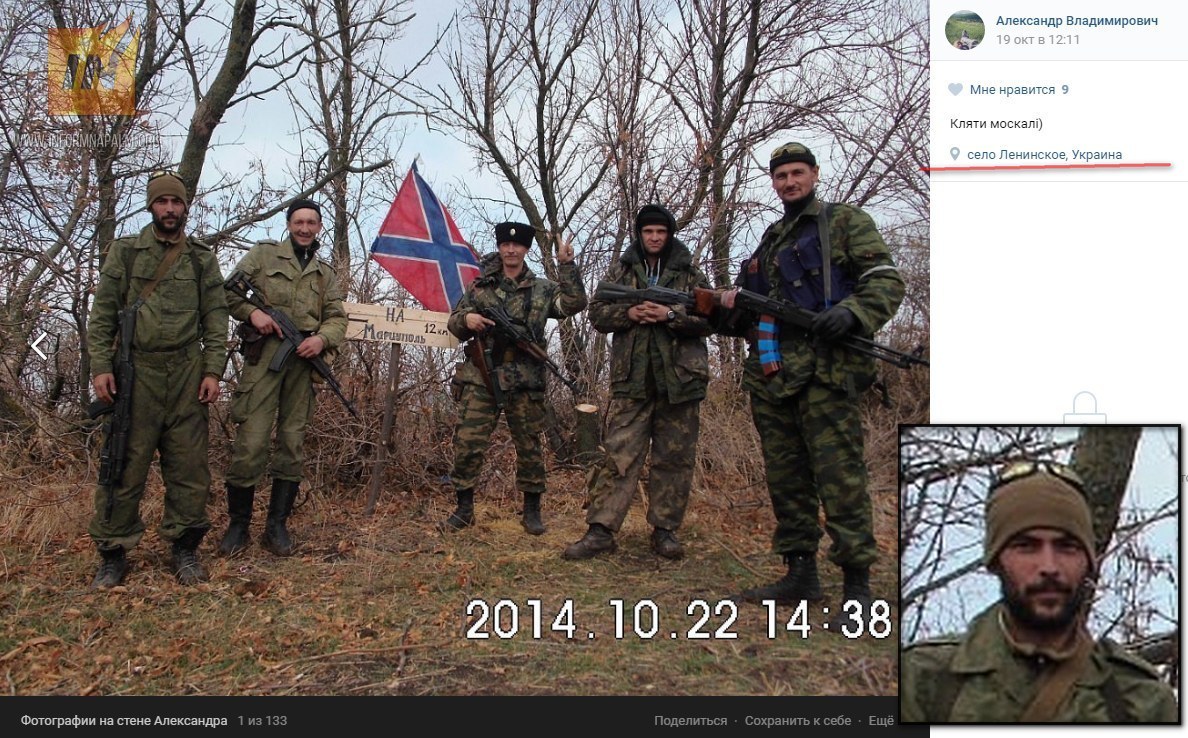 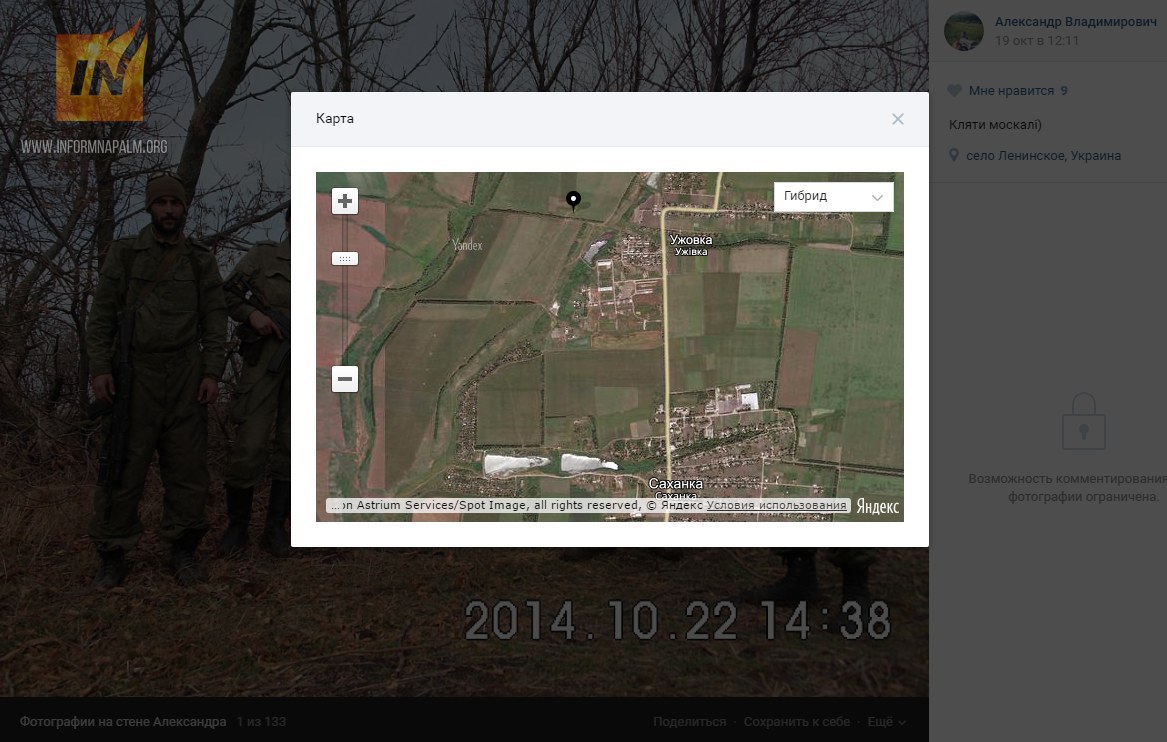 Thanks to the archives of satellite imagery available in Google Earth, it was determined that the Russian occupying forces started building a fortified region at this very location.

Additionally, another photograph was found, published [27] by The Guardian. It had a description: “A militiaman of the Donetsk People’s Republic near the town of Novoazovsk. Photograph: Stanislav Grigoryev/ITAR-TASS Photo/Corbis”.

The distance from the place with the sign To Mariupol – 12 km to the nearest Ukrainian checkpoint in the outskirts of Mariupol was measured using a satellite image. The distance was indeed 12 km.

In Alexander’s photo album we found a photo [30] of him with an infantry fighting vehicle in the background that had the words “Barsik” and “16RUS” written on it and a flag of the so-called “Novorossia”. In the comments from September 30, 2016, Alexander let slip out: “10 km from Marik”. (Marik is the slang abbreviated name for Mariupol). 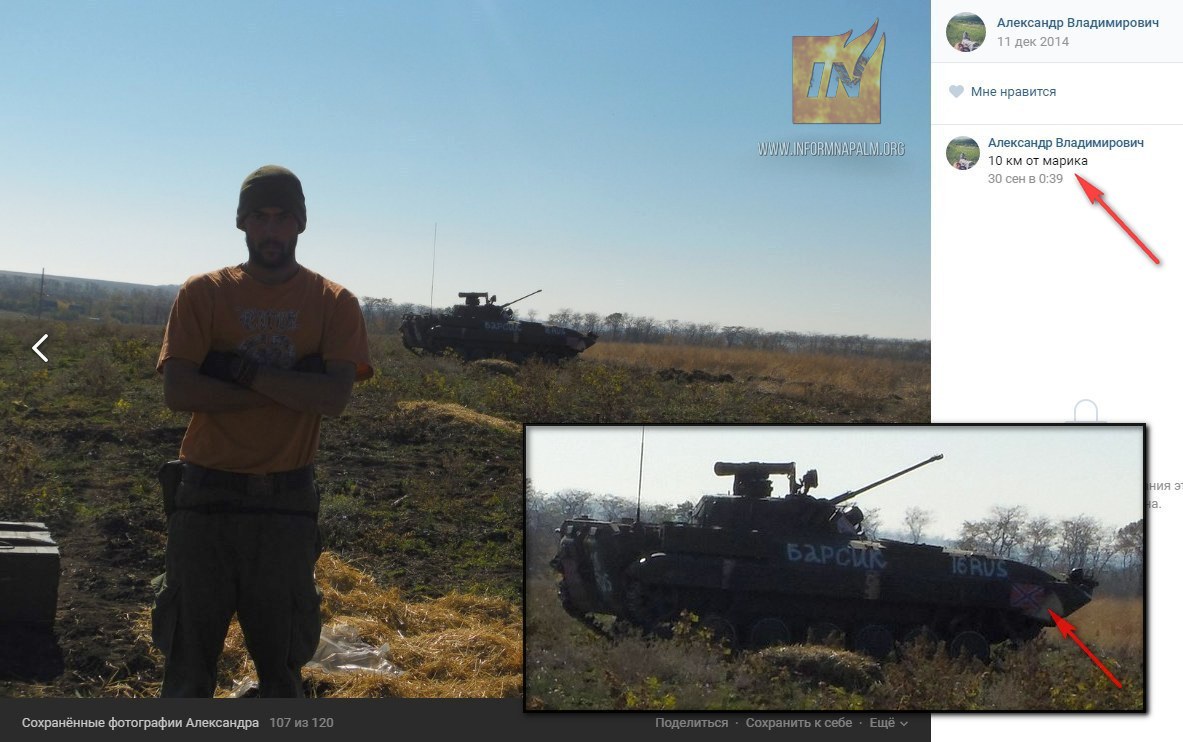 Thus, in the course of our investigation, more proof of participation by military personnel of the Russian Armed Forces, in particular, the 810th Marine Brigade from Sevastopol, in war in the Donbas has been found.
A database of more than 75 Russian military units, servicemen of which fought in Ukraine, can be found here [32].

** The subject of this investigation hides in social networks under several pseudonyms, so we cannot reveal his real name at this time. If anyone of our readers recognizes him, please let us know to speed up the confirmation.

(CC BY 4.0) Information prepared exclusively for InformNapalm.org [34], an active link to the authors and our project is obligatory for any reprint or further use of the material.