Scotland Yard says British Metropolitan police are investigating an employee of the British Embassy in Germany suspected of spying for Russia.

A 57-year-old British citizen David Smith was detained on Tuesday, August 10, following a joint investigation by British and German police. He is not a diplomat, but a private person hired as a security guard at the British Embassy in Berlin.

Among other things, the Prosecutor’s Office of the Federal Republic of Germany stated that David Smith was suspected of selling documents obtained in the course of his work at the embassy to a representative of the Russian intelligence services.

In addition, photographs of the detainee’s apartment were published in several media outlets. Many of those who studied these photographs noticed only the shoulder patch of the disbanded Ukrainian riot police unit Berkut which earned infamy for brutal crackdown on the EuroMaidan protesters in 2013 and 2014.

According to media reports, Foreign Minister Dmytro Kuleba intends to draw the attention of the Ukrainian law enforcement authorities to the souvenir shoulder patch of the Berkut unit found in the apartment of the Briton detained in Germany.

“We will certainly draw the attention of our law enforcement officers to this fact. If they see any clue in this, I am convinced that an appropriate investigation will be carried out” Dmytro Kuleba said at an online briefing [1] on Friday, August 13.

The minister also noted that the discovered Berkut patch is apparently a souvenir, and he sees “no compelling reason to conduct any special investigation into the presence of a Berkut shoulder patch”.

Signs of contact between the detained Briton and Russian terrorists

However, the most interesting item on the shelf in David Smith’s apartment was overlooked by diplomats and journalists. InformNapalm volunteers spotted the shoulder patch of the 1st Separate Battalion Tactical Group Somali, which is part of the hybrid Russian forces in Donbas. This unit is also used by the Russian military command to rotate snipers from regular units of the Russian Army to the combat zone in Ukraine. 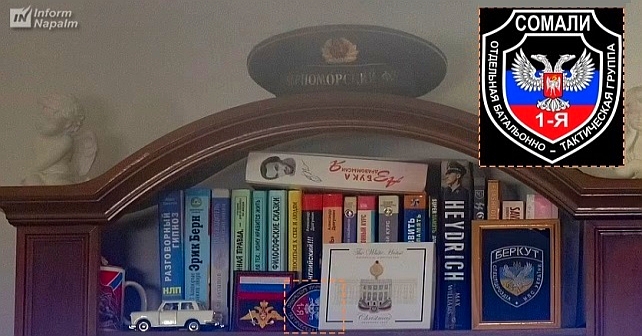 Complementing the data of the Ministry of Foreign Affairs of Ukraine, volunteers of InformNapalm volunteer intelligence community, in turn, believe that the presence of the Somali battalion shoulder patch is a much more significant sign of a possible contact of the detained British citizen with Russian terrorists and intelligence services than all other memorabilia, including a mug with the flag of Novorossiya, which is also visible on the left on the shelf of the closet in his apartment.

We also recommend the British and German law enforcement officers and other interested parties to look through archived OSINT study of InformNapalm, which is available in 7 languages, including English and German: 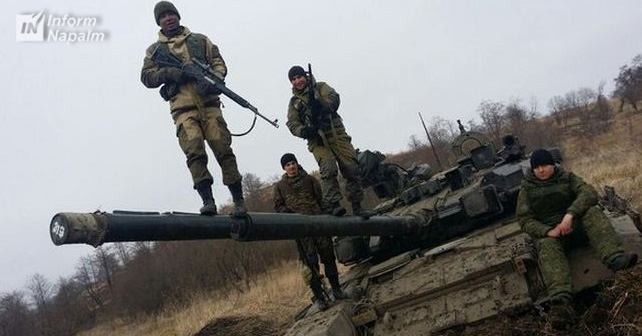 [16]InformNapalm [17] does not receive any financial support from any country’s government or large donors. InformNapalm.org website is supported solely by the community volunteers and our readers. You can also volunteer or support the development of the unique volunteer intelligence resource InformNapalm with your donations through Patreon [18].