Russian President Vladimir Putin signed a decree dismissing a number of high-ranking officers of the Federal Bailiff Service (FSSP), the Ministry of Emergency Situations, the Ministry of Internal Affairs, and the Federal Penitentiary Service (FSIN). The decree was published [1] on July 6, on the Russian official portal of legal information. 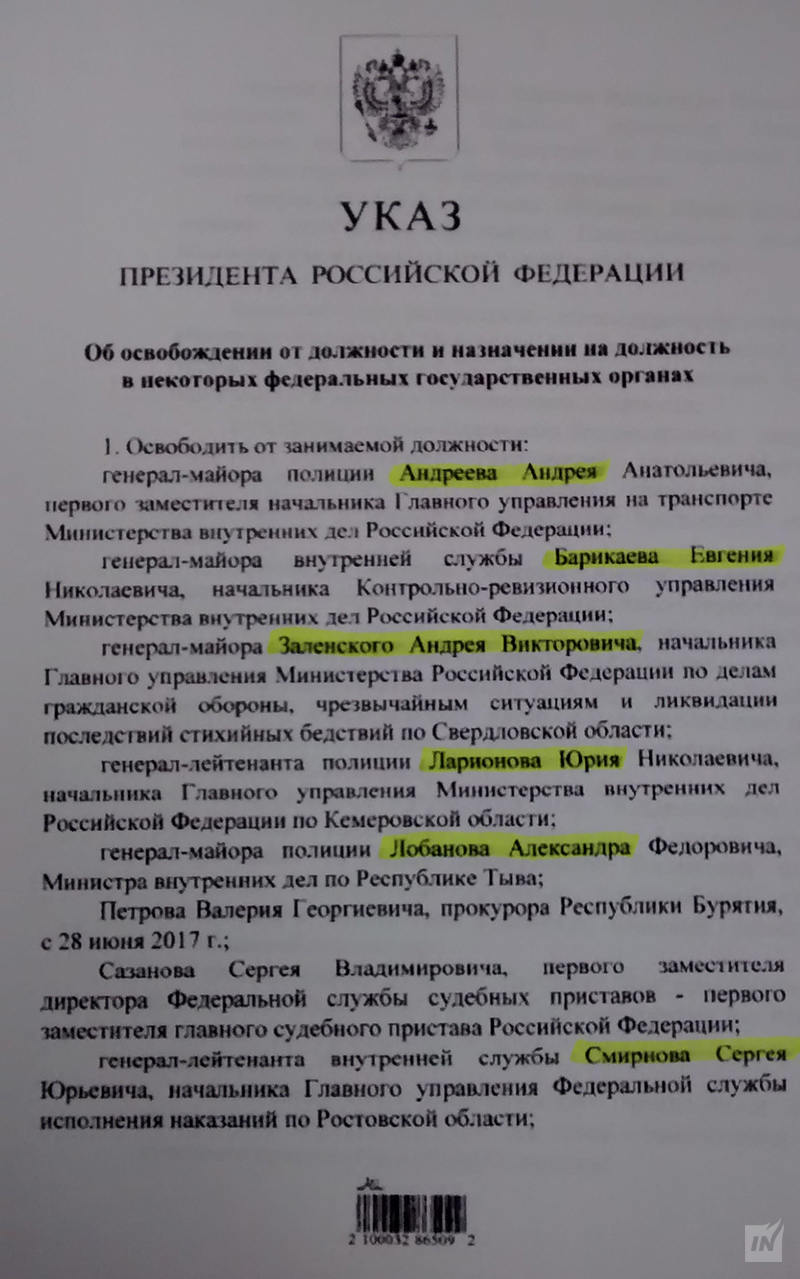 Recall that the Russian Federal Penitentiary Service in Rostov Oblast was connected to a resonance investigation with photos and video showing the war crimes of an employee of this agency in eastern Ukraine.

In March 2016, InformNapalm international intelligence community revealed information about a serviceman of the Mangust Special Purpose Department of the FSIN in Rostov Oblast [3] who repeatedly visited Ukraine and participated in fighting in the Donbas.

Photo and video materials that were used in the InformNapalm investigation, were exclusively provided by a group of hacktivists FalconsFlame [4] which subsequently co-founded, together with other groups, Ukrainian Cyber Alliance (UCA) [5].

The value of the received information is that most of the photographs extracted from the FSIN employee’s cell phone contained full EXIF data, including the exact date when the photos were taken.

More in the video:

This is not the first mass dismissal of generals in 2017, signed by Putin. For example, on February 2, 16 dismissals were signed, on March 3, 10 dismissals, and on May 1, 12 more generals were fired. The reasons for the new dismissals of Russian generals on July 6 were not specified.

As reported by Kommersant.ru [7], on July 5, Putin, by a classified decree, dismissed another general – the head of the 12th Main Directorate of the Ministry of Defense, Lieutenant General Yuri Sych, “due to the state of his health”. His department is responsible for storing, servicing and preparing for the combat use of all nuclear weapons in Russia. Major General Igor Kolesnikov was appointed the temporarily acting chief of the department; later he can get this post permanently.

This mass dismissal of Russian generals occurred right before the G20 summit held on July 7-8 in Hamburg. Also, on the eve of the G20 summit, Russia is actively using fakes and special operations against Ukraine [8].