On August 16, InformNapalm published an investigation [1] with the first photo evidence confirming multiple reports of the presence of the Russian SPR-2M Rtut-BM jammer system in Donbas.

The readers of informnapalm.org contributed to the investigation helping us to define the exact location of the SPR-2M Rtut-BM station. The photos were found to have been made in Donetsk, in the area of Topaz plant (48.0302113, 37.7560857 [2]).

The geo referencing was performed by Oles Kolomiets. [3] 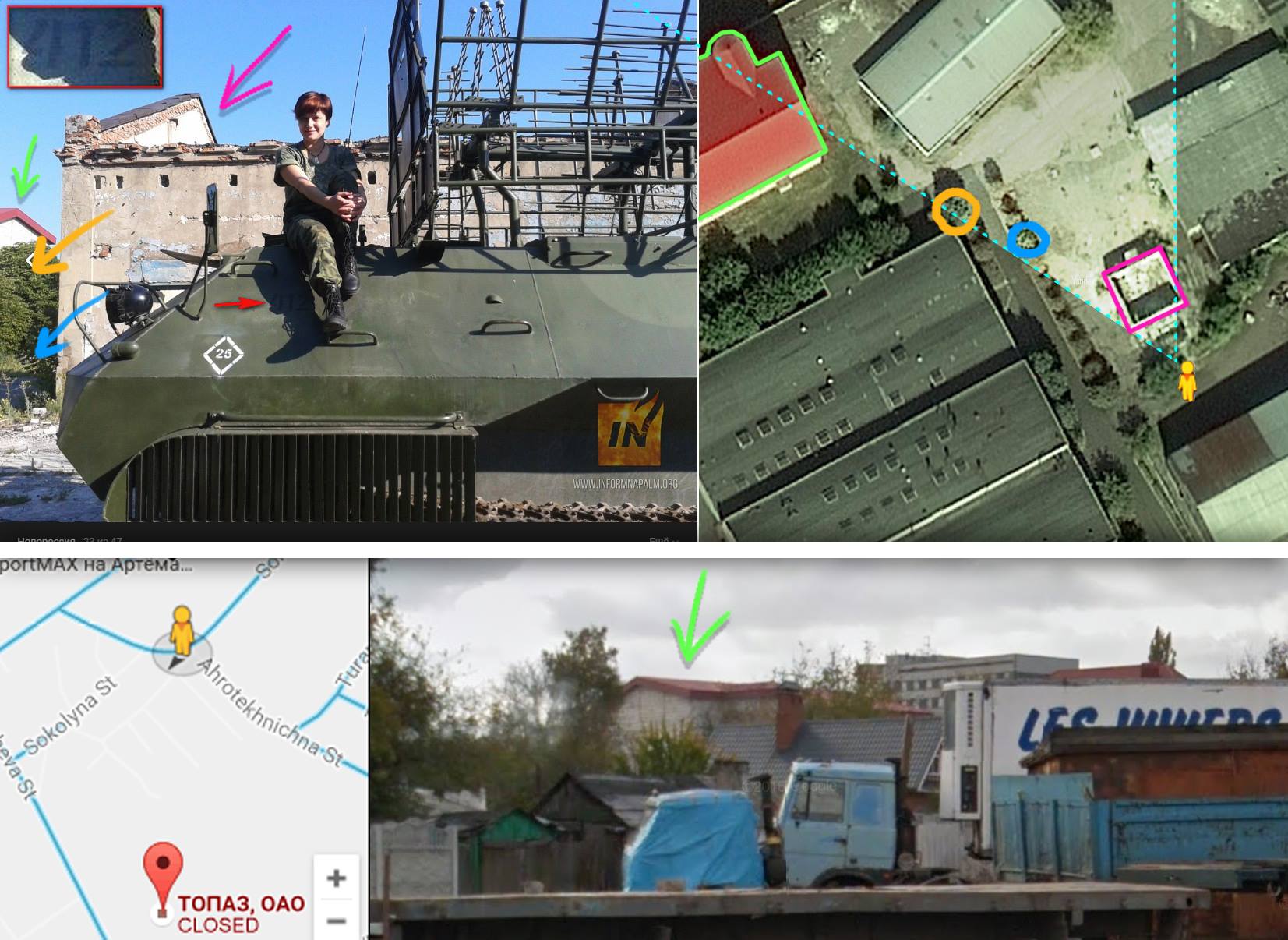 Having analyzed the satellite images from open sources, InformNapalm volunteers also confirmed the location of theSPR-2M Rtut-BM station at the ruined building.

Here are the satellite images in chronological order from 2015. 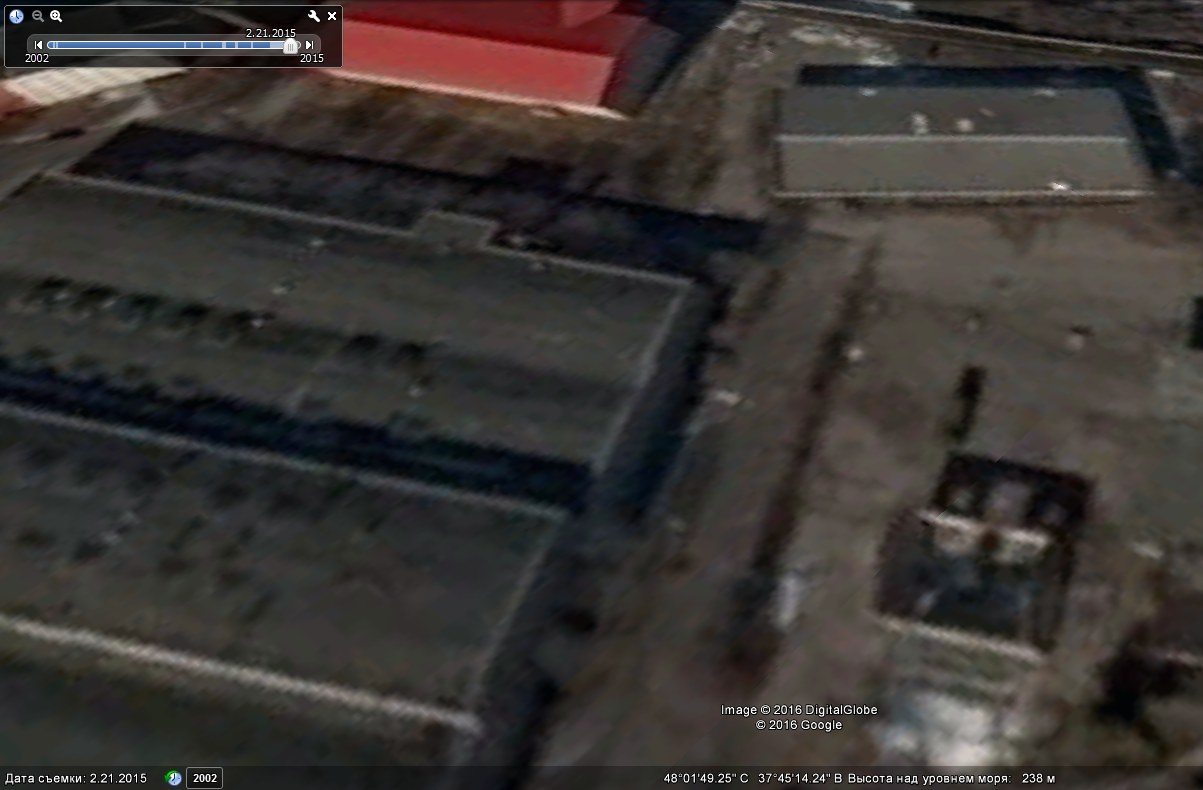 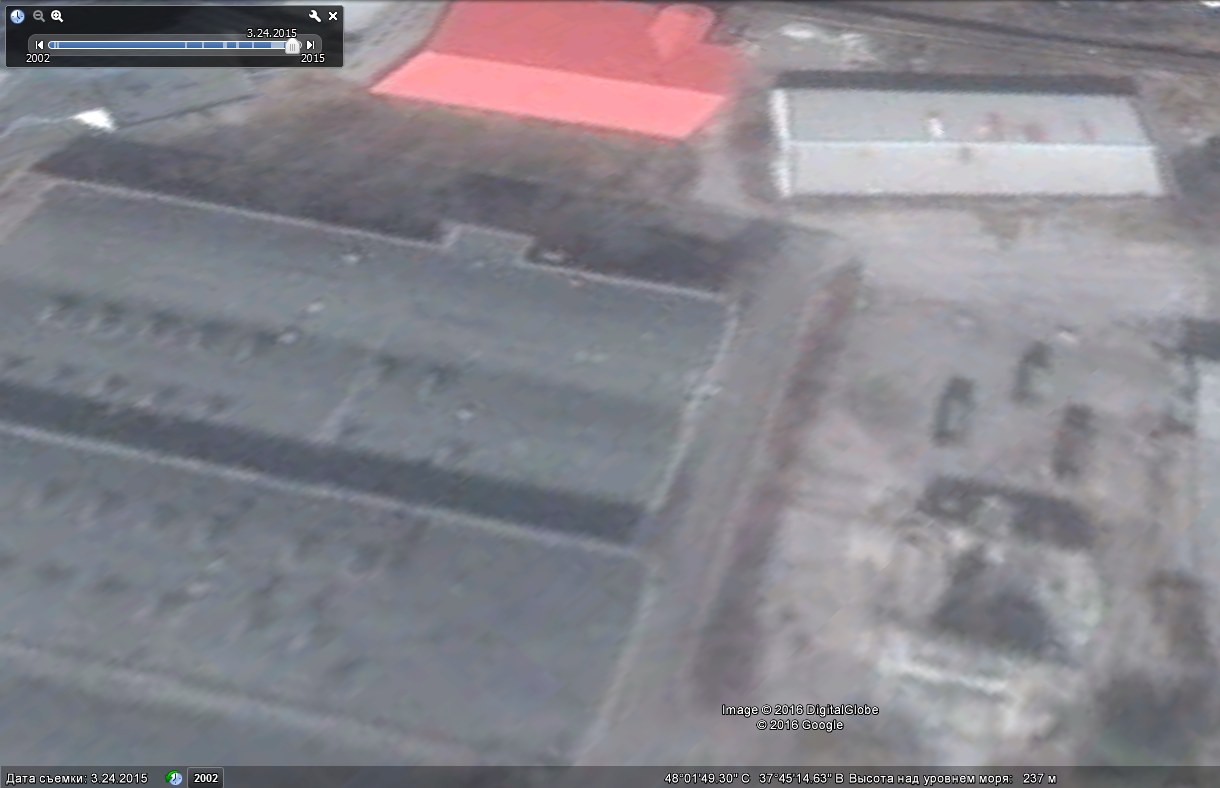 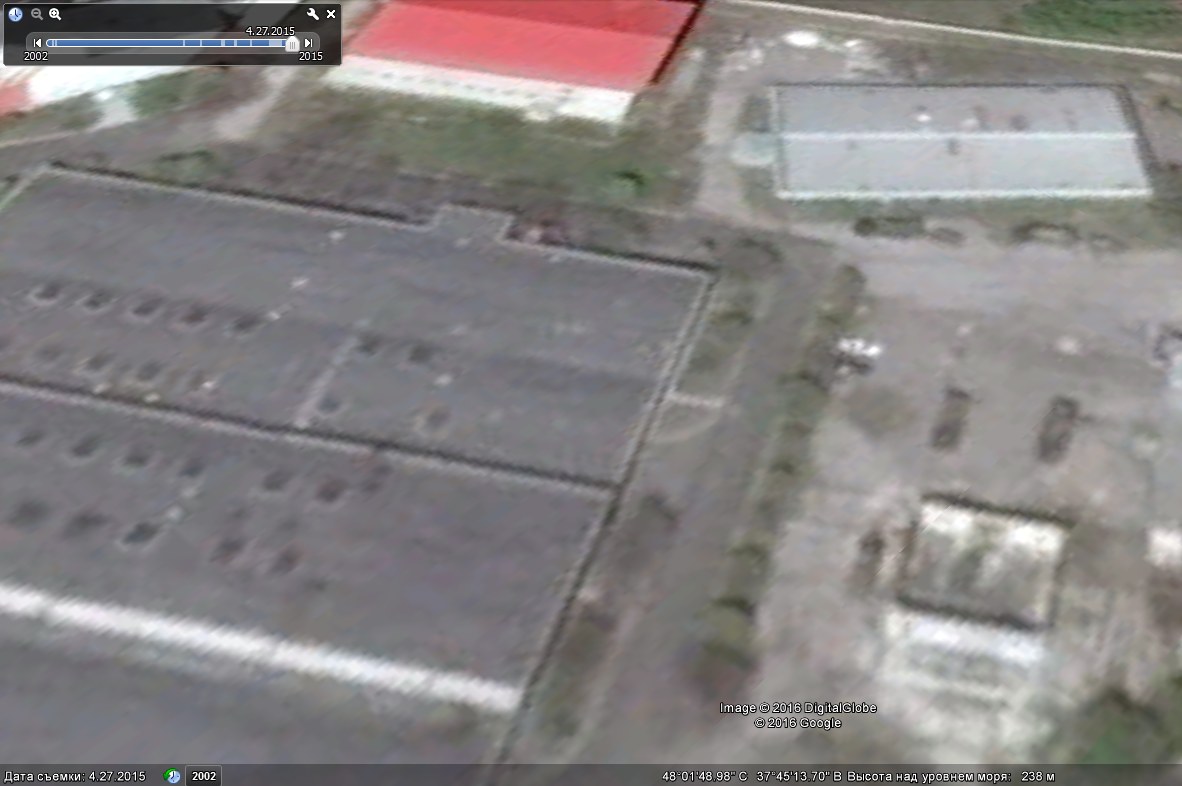 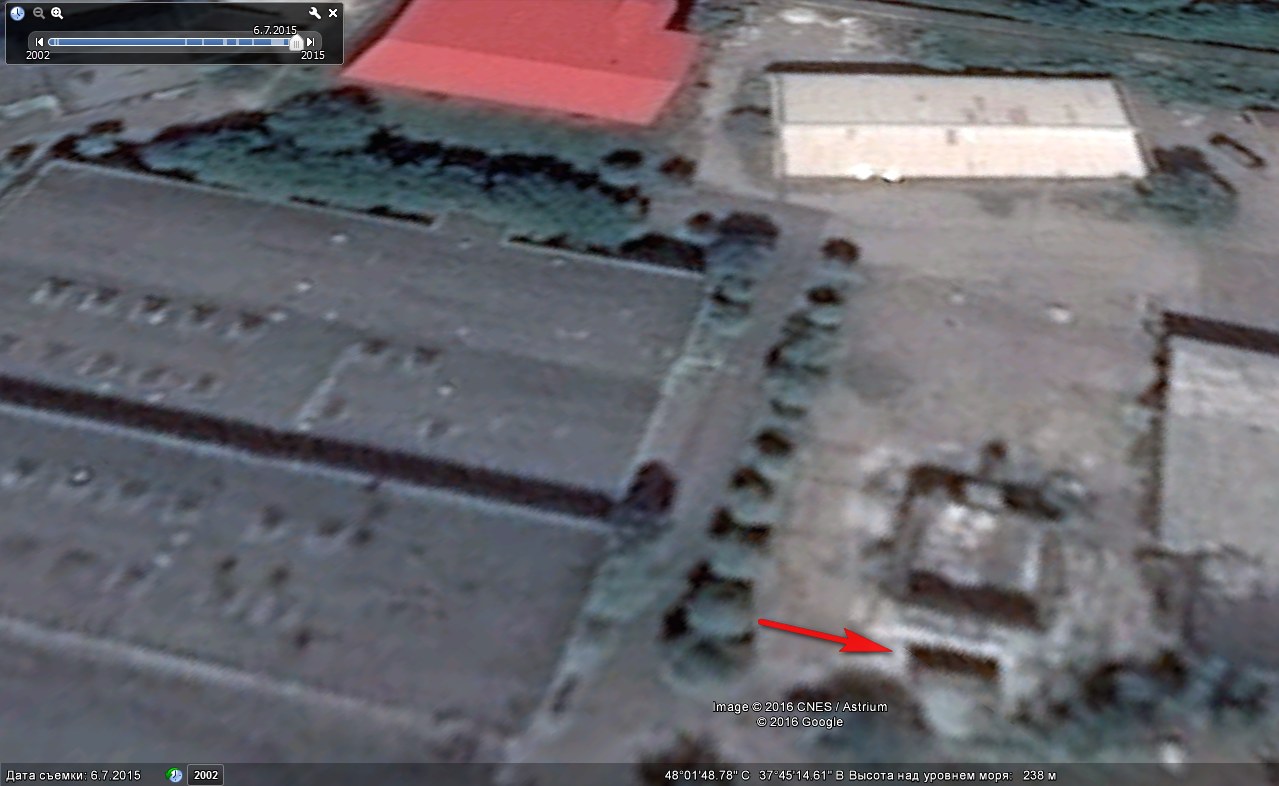 10/01/2015 – this is the last picture in which the SPR-2M Rtut-BM is visible. Therefore, from June to October, the station remained in the same position. Also in the picture, a power supply unit is visible with transmission antennas belonging to another type of Russian equipment – R-330Z Zhitel [12] jamming station repeatedly spotted in Donbas (marked with a green arrow).

This material was prepared for publication by Vidal Sorokin [15]

(CC BY 4.0) Information specially prepared for InformNapalm.org [16] site, an active link to the authors and our project is obligatory for any reprint or further use of the material.