Russian contract soldiers, who went through the war in Donbas, try to avoid further service in military districts and units, which are more often involved in Ukrainian deployments.

OSINT investigations are all about noticing the details. A seemingly harmless picture or a careless comment can put OSINT investigators on a trail. In this short investigation InformNapalm international community will look into a case of Russian serviceman who chose to serve in the Russian Far East rather than stay closer to home and run a risk of another Ukrainian deployment.

In the profile of one Arthur Arsenov we found an interesting photo uploaded in October 2014. The photo shows two soldiers sitting on a BTR-80 rushing along the road with outside-mounted load. The photo has a noteworthy caption: “to ukr…” [1].

We studied the profile, which contained the photo and identified its owner, and traced the way of this Russian serviceman from the 7th Military Base in Abkhazia to the 60th Motorized Rifle Brigade (MRB) stationed in Russian Far East. 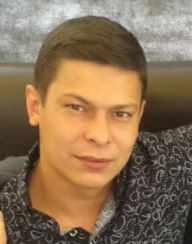 Judging by the photos and comments to A. Bagavov’s photo album, in 2014 he was serving as a contract soldier in the snipers company of the 7th Military Base (military unit No. 09332, Gudauta, Georgia, occupied Abkhazia) of the Southern Military District, Russia. Since late spring, he was at the Ashuluk training range (Astrakhan Oblast) serving in the battalion tactical group (BTG) of the 7th Military Base. From that training range, this combined unit was transferred to Rostov Oblast first, and then went on a combat deployment to Ukraine (most of the photos from Ashuluk were uploaded to his album in 2015 and 2016). 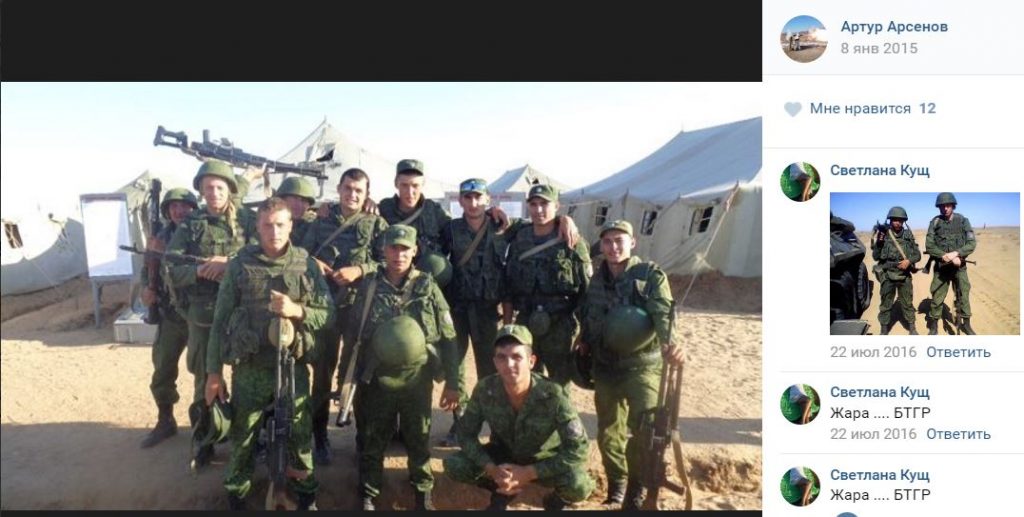 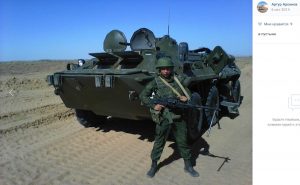 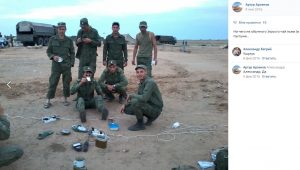 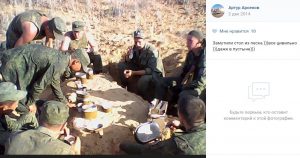 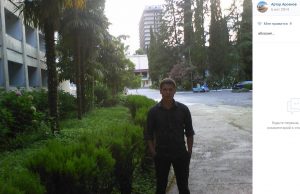 A. Bagavov left military service in the end of September or in the beginning of October 2014. The reason for the contract termination was most likely the fear of being sent on another Ukrainian deployment. InformNapalm reported more than once about high staff turnover and massive dismissals of contract servicemen from the 7th Military Base: 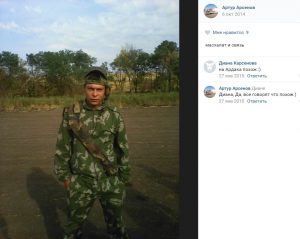 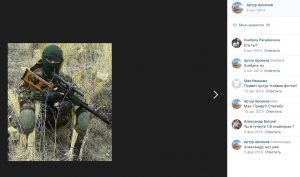 After almost two-year pause, having found no civilian job, and feeling nostalgic for the army A. Bagavov again signed a contract with the Defense Ministry of Russia, but with a unit far away from Ukraine and his birthplace, and joined the reconnaissance company of the scouts battalion of the 60th MRB (military unit No. 16871, located in Kamen-Rybolov and Monastyrishche settlements, Primorsky Krai, the Eastern Military District). 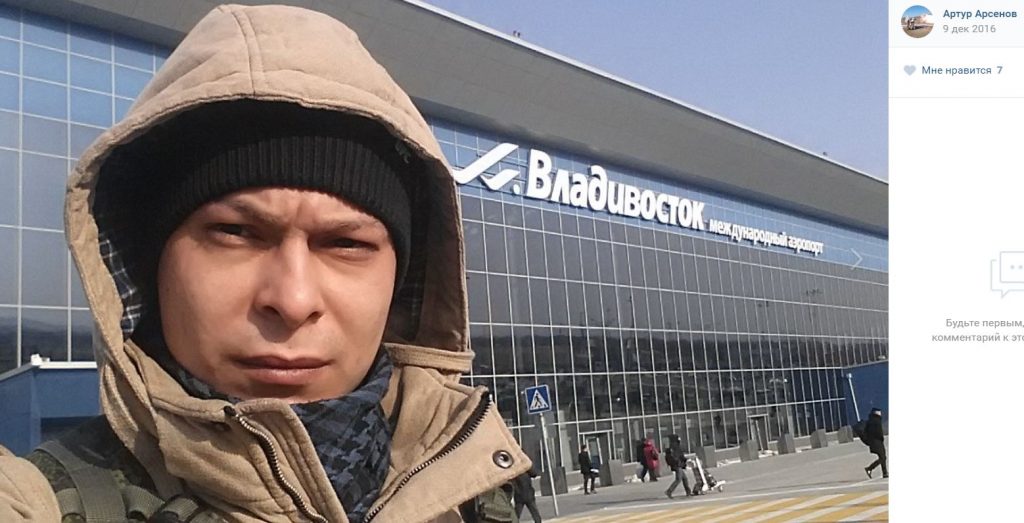 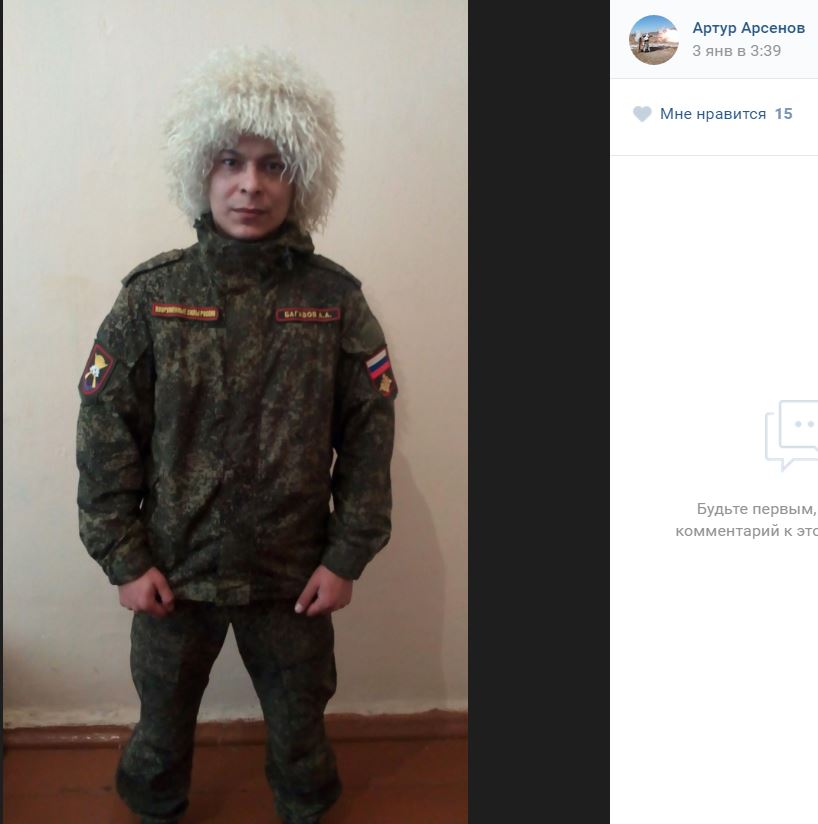 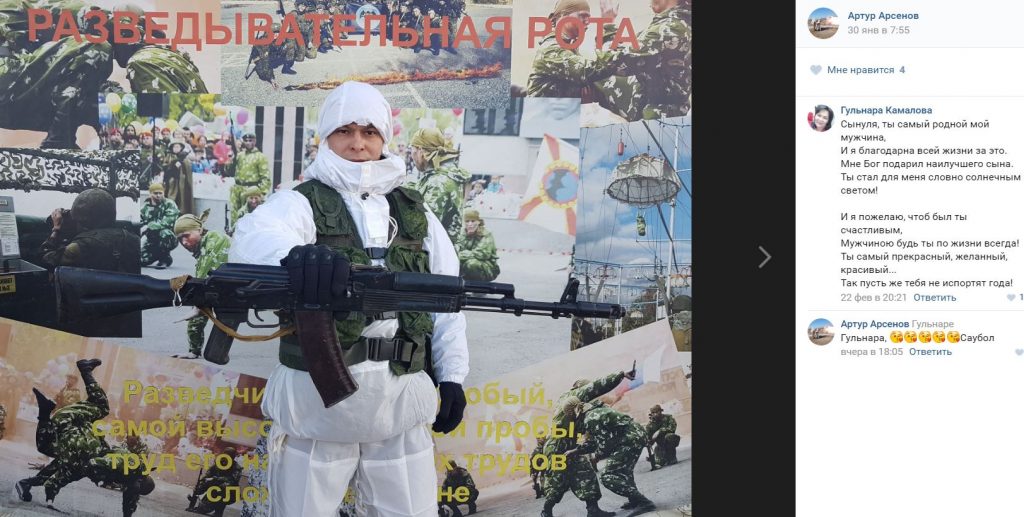 Let us remind you that the 7th military base is one of the most actively belligerent units of the Russian Armed Forces, it featured in 28 OSINT investigations and other publications of the InformNapalm international intelligence community.

This publication was prepared on the basis of an OSINT investigation of InformNapalm volunteer intelligence community. Author Irakli Komaxidze [51]

(CC BY) Information specially prepared for InformNapalm.org site, an active link to the authors and our project is obligatory for any reprint or further use of the material.
We urge readers to actively share our publications on social networks.

Broad public awareness of these investigations is a major factor in the information and actual warfare.