In early 2016, InformNapalm international intelligence community in its publication “Russian Military Exercises Reveal Aggressive Plans” [1] wrote about the so-called humanitarian mine clearing of Palmyra conducted by Russian engineers ahead of a symphony orchestra performance, the Kremlin’s propaganda PR-action. That swank show did not help the Russians to present themselves in the best light, since soldiers of the “invincible army” had to flee [2] losing weapons and ammunition after a sudden attack of ISIS militants.

Trying to divert attention of the Russian audience from the shameful escape from Palmyra, Kremlin propaganda switched its attention to the city of Aleppo, covering fighting for particular areas, humanitarian convoys and evacuation of civilians from the war zone. And then the brave engineers showed up again, clearing half-ruined parts of the city from mines, meter by meter.

Less than six months have passed since the awarding of medals “For the Demining of Palmyra”, as we again see people from the so-called International Mine Action Center (based in the village of Nakhabino, Krasnogorsk Raion, Moscow Oblast), this time in the ruins of Aleppo. 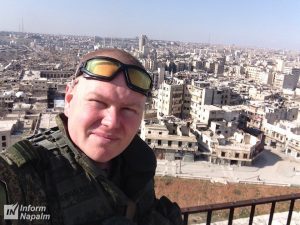 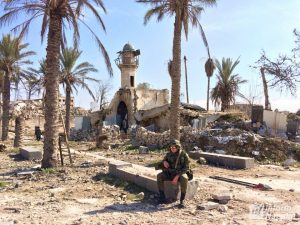 Similar to the mine clearing of the Palmyra’s ancient amphitheater in spring 2016, servicemen of the engineer battalion from the military unit 11105 (town of Murom) were sent to Aleppo to help the sappers from Nakhabino. Before their departure to Syria, there was a solemn farewell in December 2016, when Murom residents blessed their engineers for “feats of arms” in local social media groups. After a little while, Russian social media were filled with photos of sappers from Aleppo. 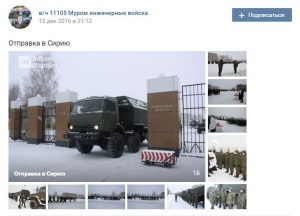 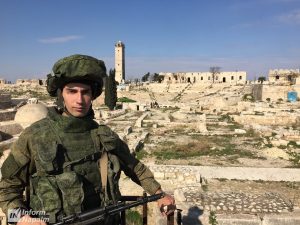 When ISIS militants left ancient Palmyra, Murom engineers, using robots, again started mine clearing and disposal of unexploded ordnances and booby-traps. At that time, a joke was born that among the Russian military there will be double recipients of the medal “For the Demining of Palmyra”. 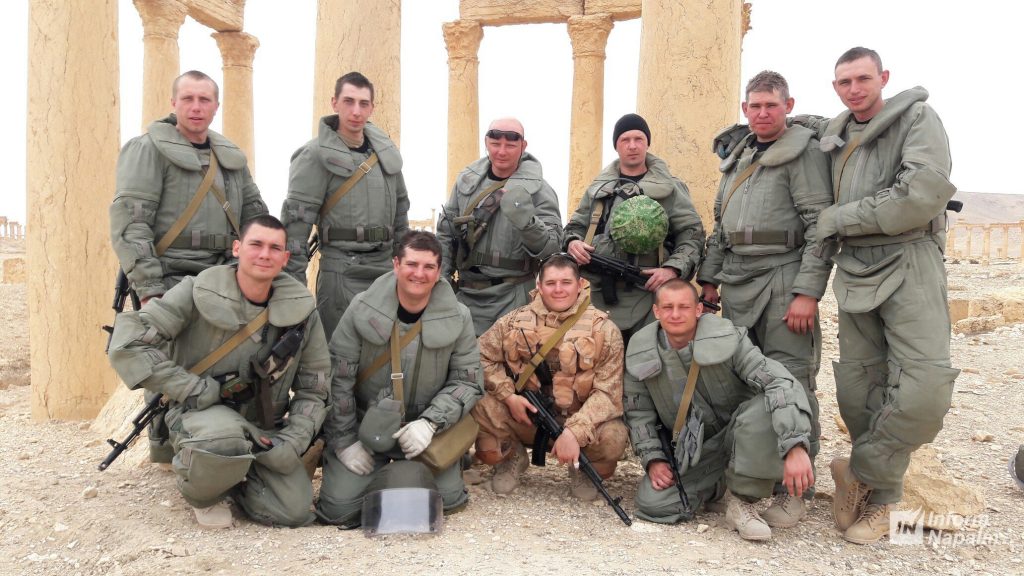 There is a grain of truth in every joke. The media already wrote [3] that Russian Ministry of Defense had place information on the procurement of heraldic products [4], including two thousand pieces of the medal “Paricipant in Military Operations in Syria” and 630 pieces of the medal “For the Demining”.

The tender has already taken place already and 45 billion rubles under the contract will go to the private entrepreneur from Moscow A.K. Kuznetsov whose main activity is “the production of umbrellas, buttons and zippers”.

Another sensational tender [5] for purchase of 49 thousand Russian flags to cover caskets is places again and is waiting for bids. Impressive figure. However, 23 thousands flags will remain in stock, the rest will be sent to Yekaterinburg (16 thousands), Rostov (8 thousands), and Khabarovsk (2 thousands).

Now returning to the engineers, it should be noted that photo albums of Russian servicemen in social media include pictures of Syrian everyday life and Russian graffiti which became an element of Russian culture. An example of such noteworthy art is the inscription on the wall of a historic building – “Aleppo is ours”, which emphasized that this is the territory of Russian influence and is consonant with the slogan of criminal annexation of Crimea – “Crimea is ours” (KrymNash). 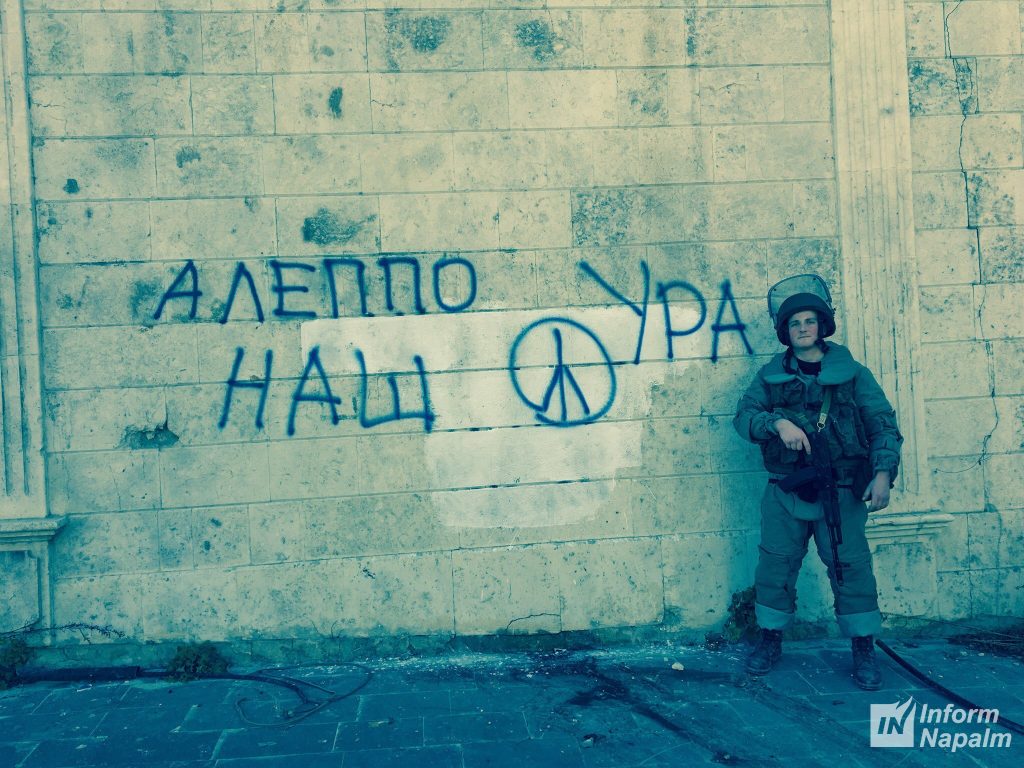 In addition, the Russian sappers came up with a quest: find a traces of my presence.

So, for example, one of them, Dmitriy Profatilov, writes [6] on his social media page [sic]: 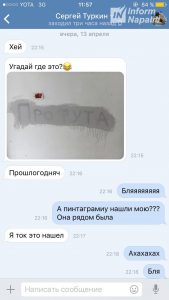 “Now my closest friends are in Palmyra. Today, on April, 14, 2016 (the record was made on Apr, 14, 2017 – editor’s note) one of them sends me and all of you warm greetings, being next to the wall of the ruined building wall in the most ancient city of human history and all humankind – Tadmor. I made this inscription in April of last year. They wanted to paint it over but it did not work out.”

Making inscriptions on the walls of buildings that are on the UNESCO World Heritage List is vandalism at least. What has not been destroyed by the Russian Air Forces, it is spoiled with “Russian folk art”.

[9]An active link to the authors and our project is obligatory for any reprint or further use of the material.