Editor’s note: in the period from 2014 to 2016 InformNapalm volunteer intelligence community collected the database [1]of more than 160 cases of detecting active Russian servicemen, as well as over 33 types of modern Russian military equipment, in Donbas. The database identifies Russian soldiers and officers from 75 military units of Russia. At the same time we often observe the following pattern:
– professional soldiers and entire units arrive at training camps in Rostov Oblast of Russia (the area near the uncontrolled part of the state border in the east of Ukraine); – they are furnished with cover stories and bogus documents and then sent to illegal armed groups to serve as military advisers and to provide combat reserves of the terrorists’ forces.

However, when preparing this investigation we discovered a fundamentally different approach: mercenaries (citizens of Russia) arrive in Donbas, receive combat experience, and after that enter contract service with the Russian Army.

The criminal and the terrorist track record of some of these Russian citizens, as it turned out, is not an obstacle for the service in the Russian Army, it even helps career growth. Moreover, Russian citizens who fought as militants against Ukraine in Donbas are sent to do military service at the territory of the occupied Crimea as a reward.

Started long before the Maidan protests and the occupation of Crimea, the manning of combat units of the Russian Army on the territory of the annexed peninsula continues actively until now. In particular, this is the way Russian Army staffers select contract soldiers for the so-called first-strike units such as the air assault battalion of the 810th Marine Brigade of the Black Sea fleet stationed in Sevastopol. It was established that at the relevant recruitment centers in Rostov and Volgograd Oblasts of Russia, the officers of the above mentioned brigade are actively studying the candidates on the spot: their physical, moral and psychological fitness to serve, loyalty to the current Russian policies, and so on. Apparently, the mercenary experience is only welcome for future contract soldiers.

I. Member of illegal armed groups for service in occupied Sevastopol

The citizen of Russia presented below is a typical example of a serviceman, selected for military service in the occupied Crimea. 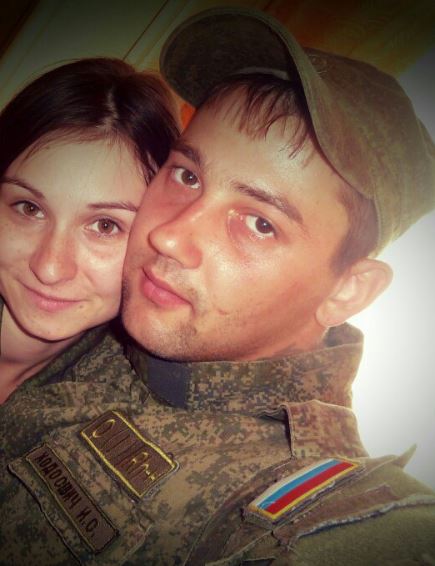 According to the available data, Ivan Khodosevich after providing relevant documents and having done interviews with an officer of the 810th Marine Brigade was assigned to contract service and appointed deputy platoon commander in the specified unit. On the web forum of the brigade his wife Anna asks about service housing and notes that on September 28, 2014 her husband will arrive at the location of the Brigade (see correspondence). 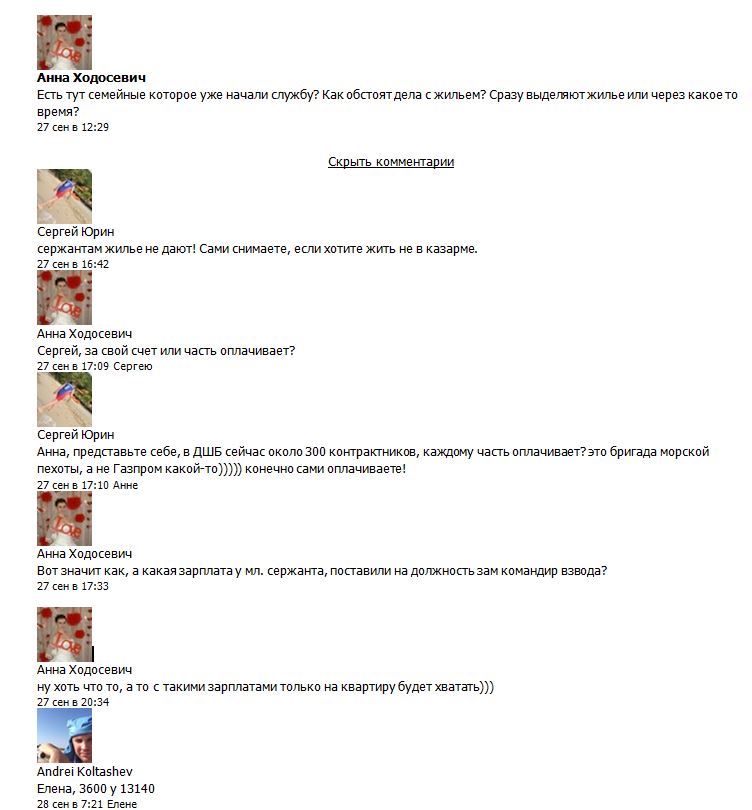 CORRESPONDENCE OF ANNA, WIFE OF IVAN KHODOSEVICH, AT THE FORUM OF THE 810TH MARINE BRIGADE

The very same new-sprung contract soldier Ivan on his social network page openly brags about recent participation in the armed conflict in the East of Ukraine, as well as about personal acquaintance with such odious “field commanders” as Bes, Strelkov and others. 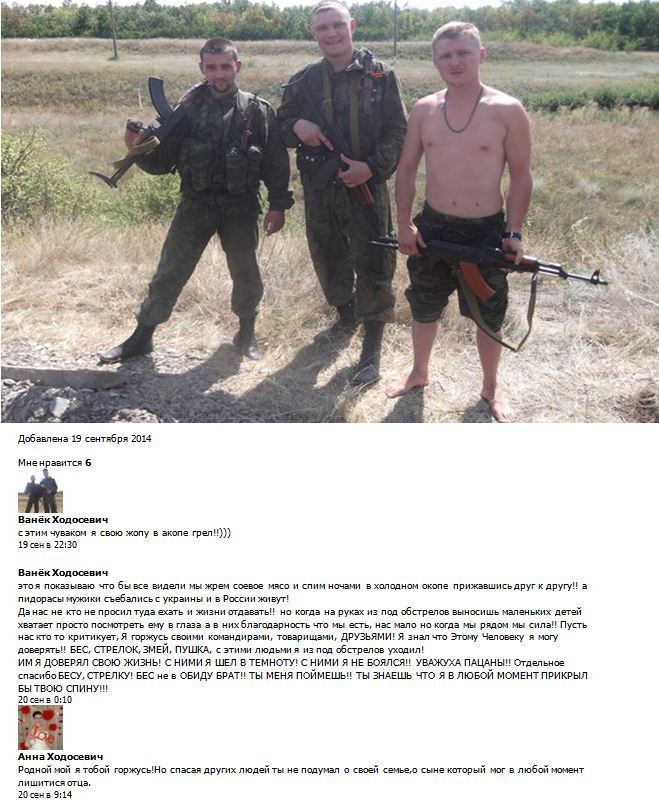 Also quite representative is the correspondence of Ivan Khodosevich with another defender of the “Russian World”, a muscovite Dmitriy Belyaev [7] (the account has been cleaned up, but its two-years-old archive [8] remained intact), with whom they once fought together in the ranks of the so-called “militia” in Ukraine. Based on the numerous photos on the pages, the mercenaries were next to Krasnodon (now Sorokyno, Luhansk Oblast of Ukraine). 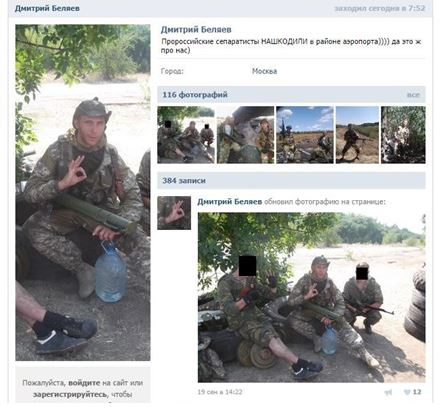 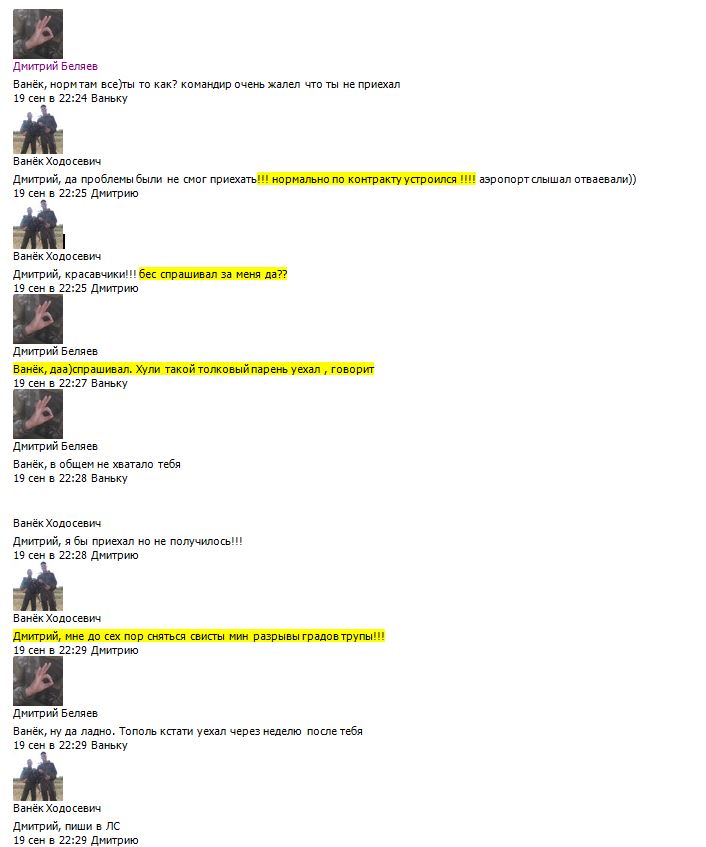 What exactly the above Russian citizens were doing in Ukraine is eloquently shown on the photos from their pages on the social networks: 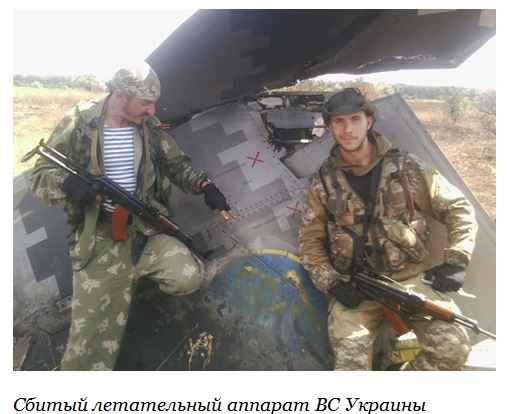 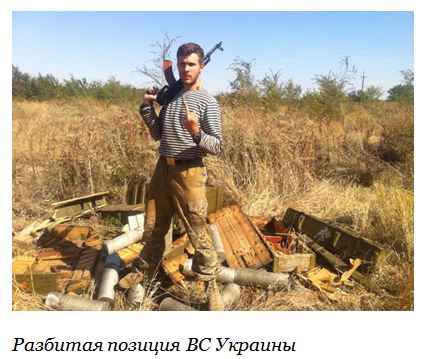 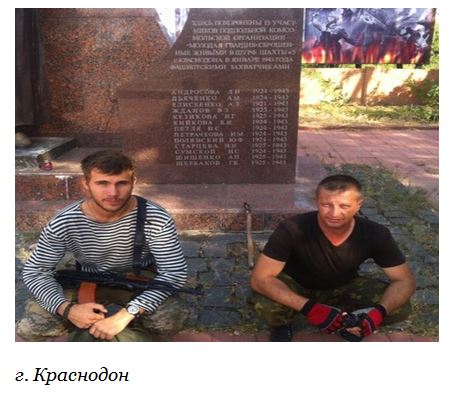 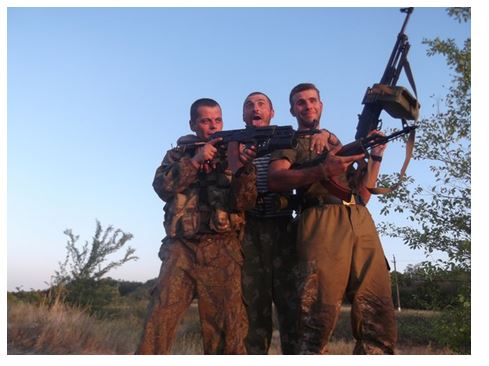 A Gepard-class patrol boat (Project 11661) that was laid down at the Zelenodolsk shipyard under the Vietnam order and then was converted from the transportation mode to the operational mode of normal use at the Zaliv Shipbuilding yard in Kerch, has recently been moved to Novorossiysk for trials.

The ship while still in Zelenodolsk, was manned by the trial crew from the Black Sea Fleet (Sevastopol). 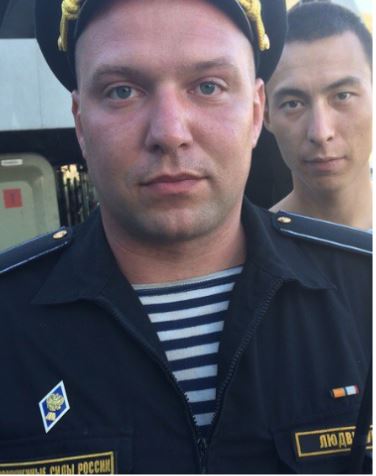 During 2014-2015, he was engaged in terrorist activity in the occupied territories of the Luhansk Oblast of Ukraine in the ranks of the so-called Amur separate special operations battalion.

Lyudvichuk has a track record of alcohol abuse and illegal weapons possession, and does not hide that, judging by his personal social network page. Perhaps these past “achievements” have helped the militant to pass the “careful selection” of personnel departments of the Russian Army and be assigned to the Black Sea Fleet of Russia, as well as get an appointment to the new ship, equipped with ultra-modern missiles. 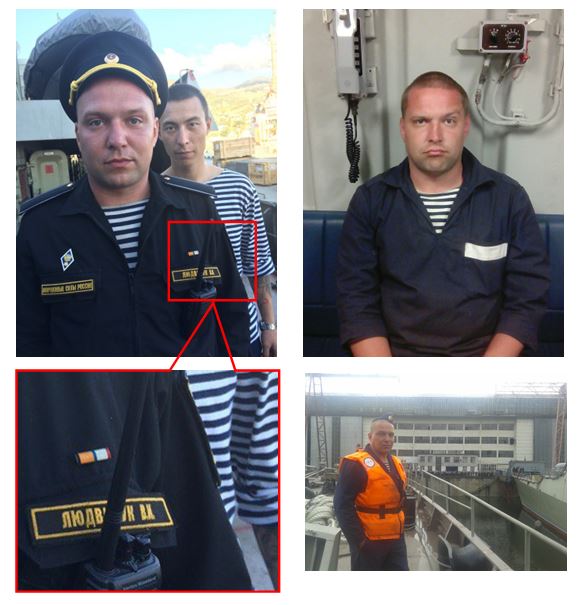 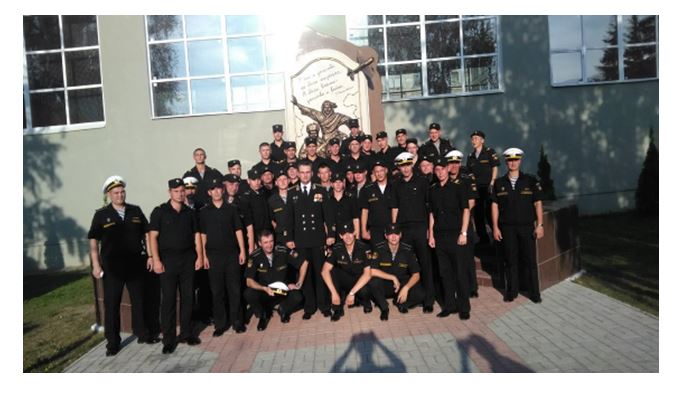 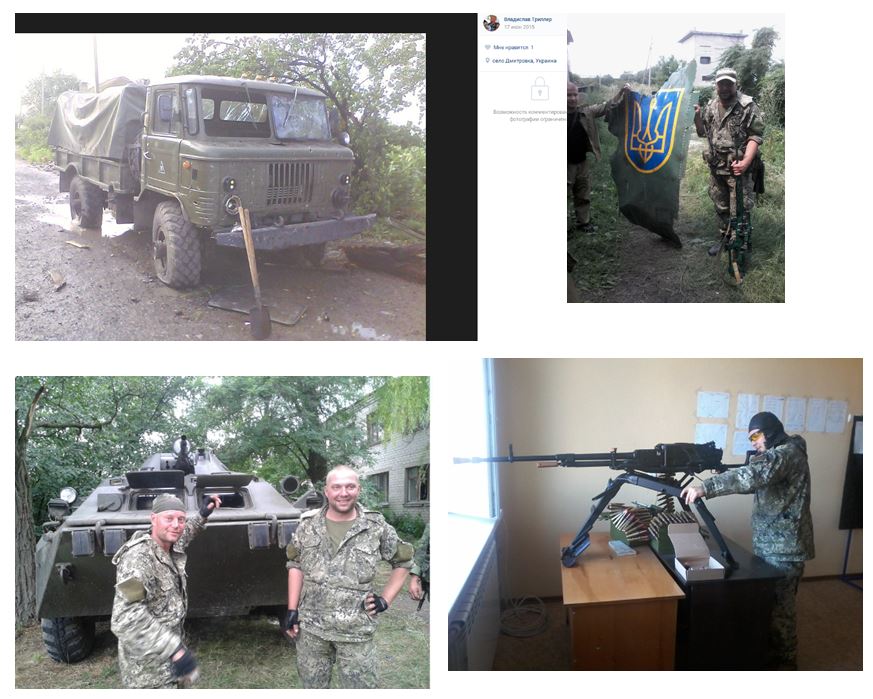 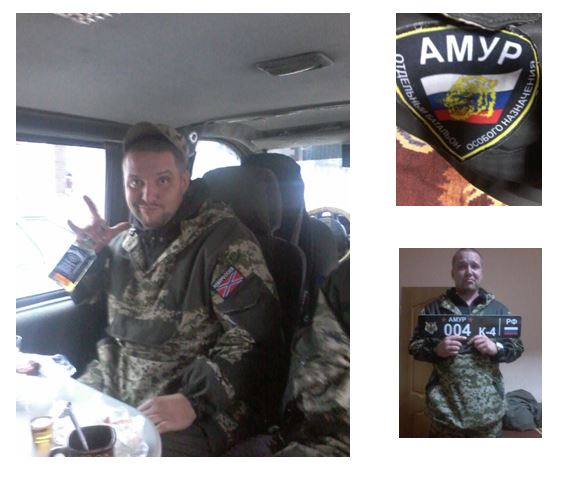 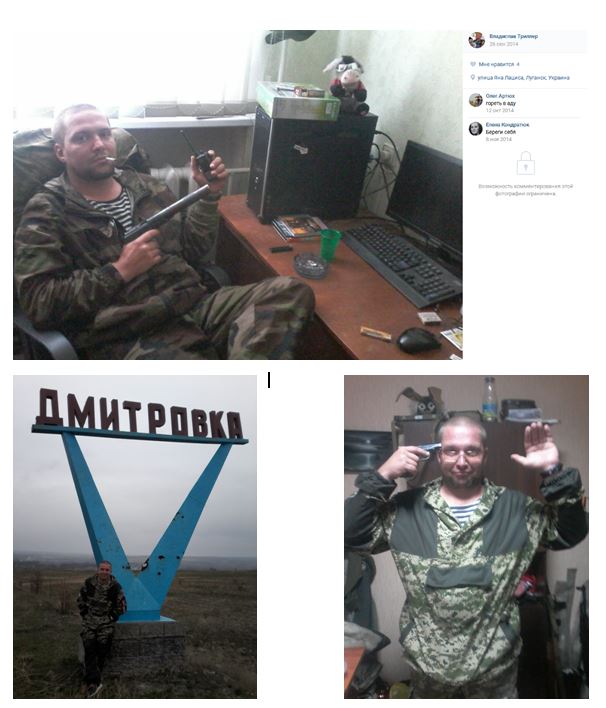 Thus, some Russian citizens, who fought in the Ukrainian territories, turned out to be in demand also in the ranks of the professional army, and their mercenary past has not become an obstacle at the selection stage. It is especially noteworthy, that former mercenaries are sent for service to Crimea.

And now the dilemma is: either the Russian army is experiencing an acute shortage of contract personnel, or the above-described personal qualities, skills and track record of the candidates turn out to be the best reference for service in the Russian Army in its current state.

We urge readers to actively share our publications on social networks. Broad public awareness of these investigations is a major factor in the information and actual warfare..