A career scout with the 7th Russian military base (military unit 09332, Gudauta, occupied Abkhazia, Georgia) who is on a combat mission in the city of Horlivka, Donetsk region of Ukraine, was given away by a bull terrier.

In early October 2016, InformNapalm volunteer intelligence community received a document [1], the so-called ration records reflecting the structure and strength of the battalion tactical group (BTG) of the 7th Military Base on the “Rostov-Ukraine mission”. According to our estimates, as of July 7, 2016,  288 servicemen (out of 418) of this BTG of the 7th Military Base, being on a combat alert mission in the Rostov region, received food rations. It gave us 130 absentees. So we wondered where the 130 soldiers belonging to BTG were. And after a while we received confirmations for our assumption of their foray to the other side of the border to support illegal armed groups of Luhansk People’s Republic (LPR) and Donetsk People’s Republic (DPR). This is the focus of this OSINT investigation. 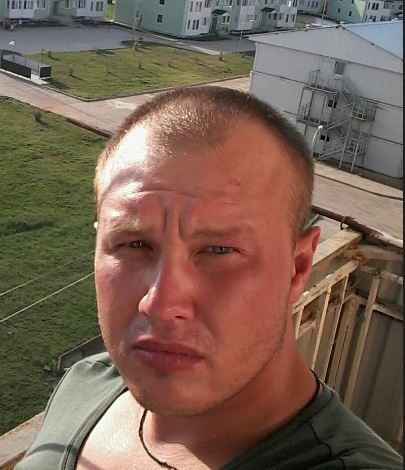 He did his compulsory military service in 2009 in the Russian Air Force/Air Defense. Since 2014 he’s been a contract serviceman of the 7th Russian Military Base (military unit 09332, Gudauta, occupied Abkhazia, Georgia). Presumably, he serves in the field reconnaissance company of the reconnaissance battalion or in the reconnaissance platoon of the 2nd infantry battalion.

Social network accounts: using the false first name and the surname of his mother, he calls himself Ilya Kuznetsov – on VK [2] (archived profile [3], photo album [4], contacts [5]), declared place of residence is Horlivka. There are also abandoned accounts under the name Sergey Finogin – VK2, [6] OK1, [7] OK2 [8] with residence in Aleksandrovsk, Perm Oblast, Russia.

Judging by the photos posted by Finogin, his combat mission to Donbas began in August 2016. The last photo from the home station of the 7th Military Base in Gudauta was posted on July 20 [9]. A little earlier, on June 30, [10] photos were posted from the base camp of the Rostov contingent around Kadamovsky training range.  From then on Finogin posted pictures from the mission, and we believe he is still there.

Photo #1, [11] posted on September 4, 2016, shows Finogin together with two militants, all three of them wearing non-standard uniforms. 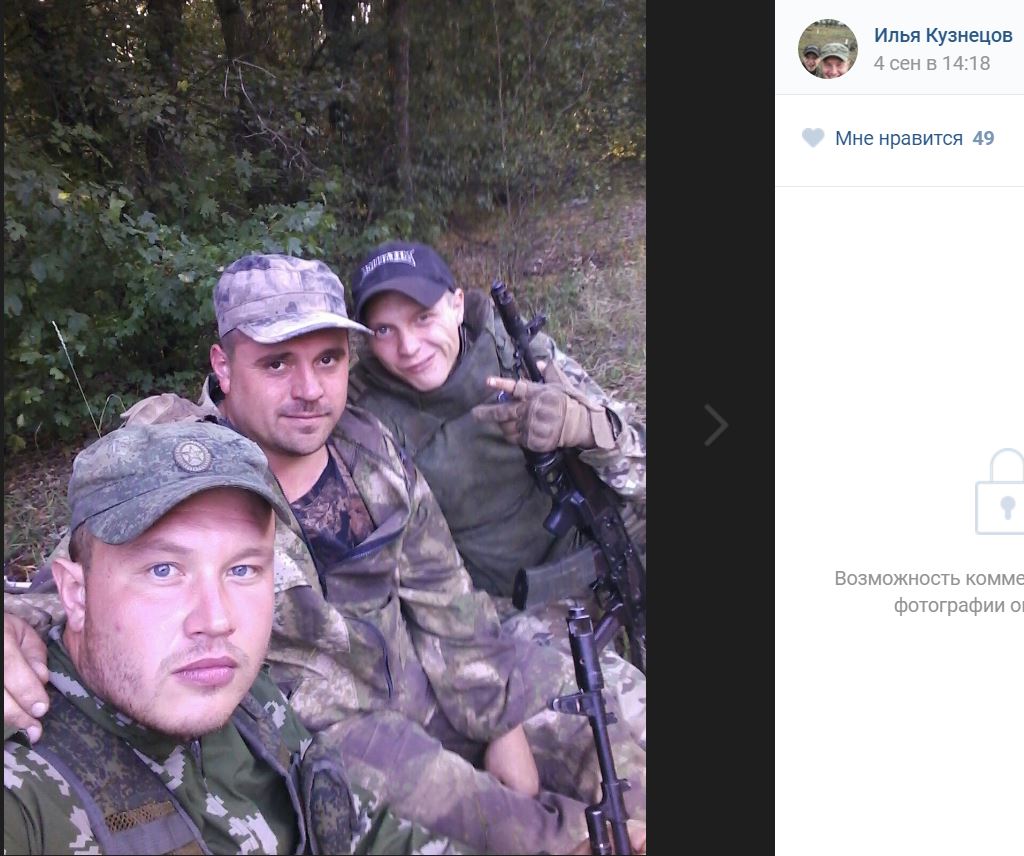 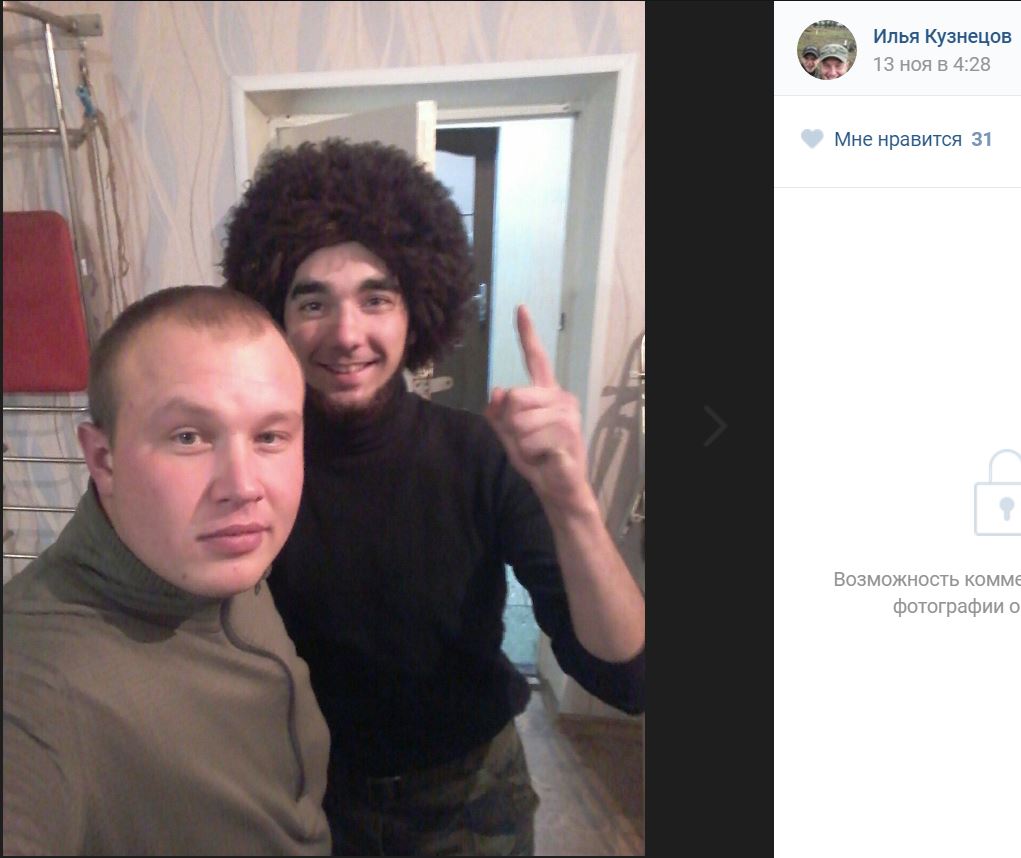 On the photo #3 [13], posted on November 10, 2016, Finogin is walking a bull terrier.  We identified the spot: Gorky Municipal Park in Horlivka [14] with distinctive benches and cracked pavement. 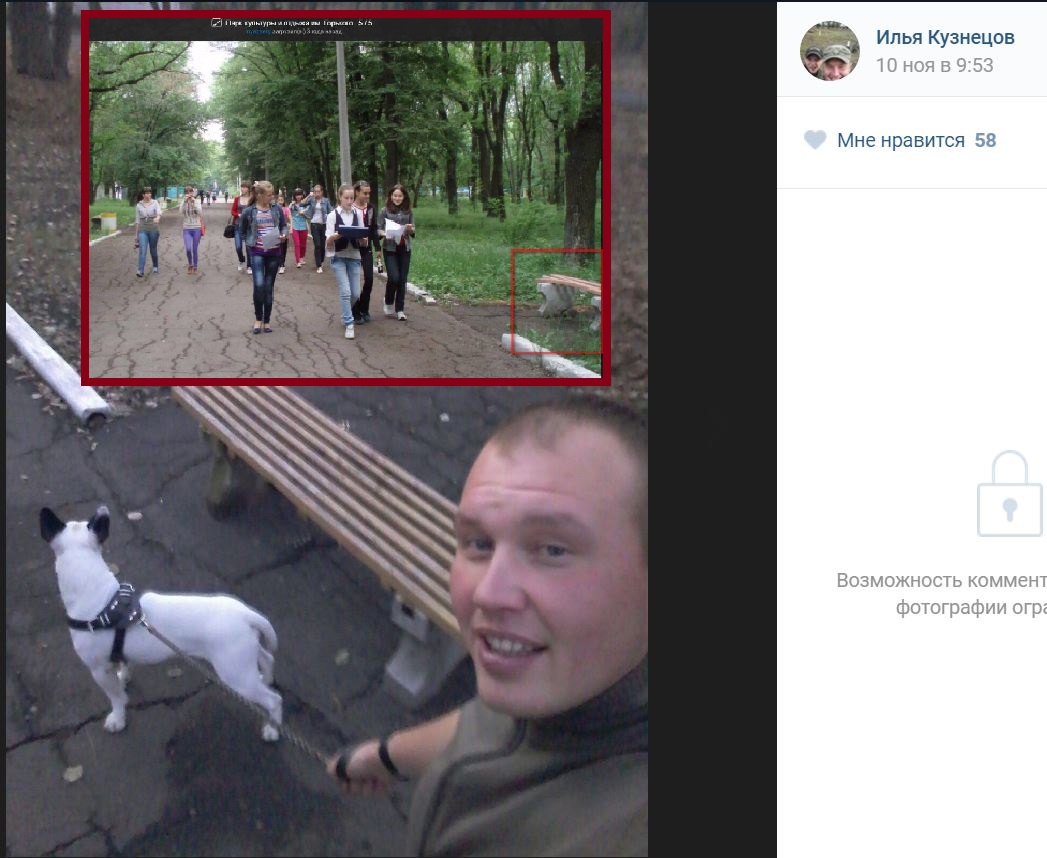 In his album, there are also other pictures with the Horlivka bull terrier. They belong to the period from August to November 2016, among them there is the photo #4, [15] posted on November 5. It shows Finogin posing in the standard-issue uniform of the Russian Army (“digital camo”) with a DPR flag shoulder patch. 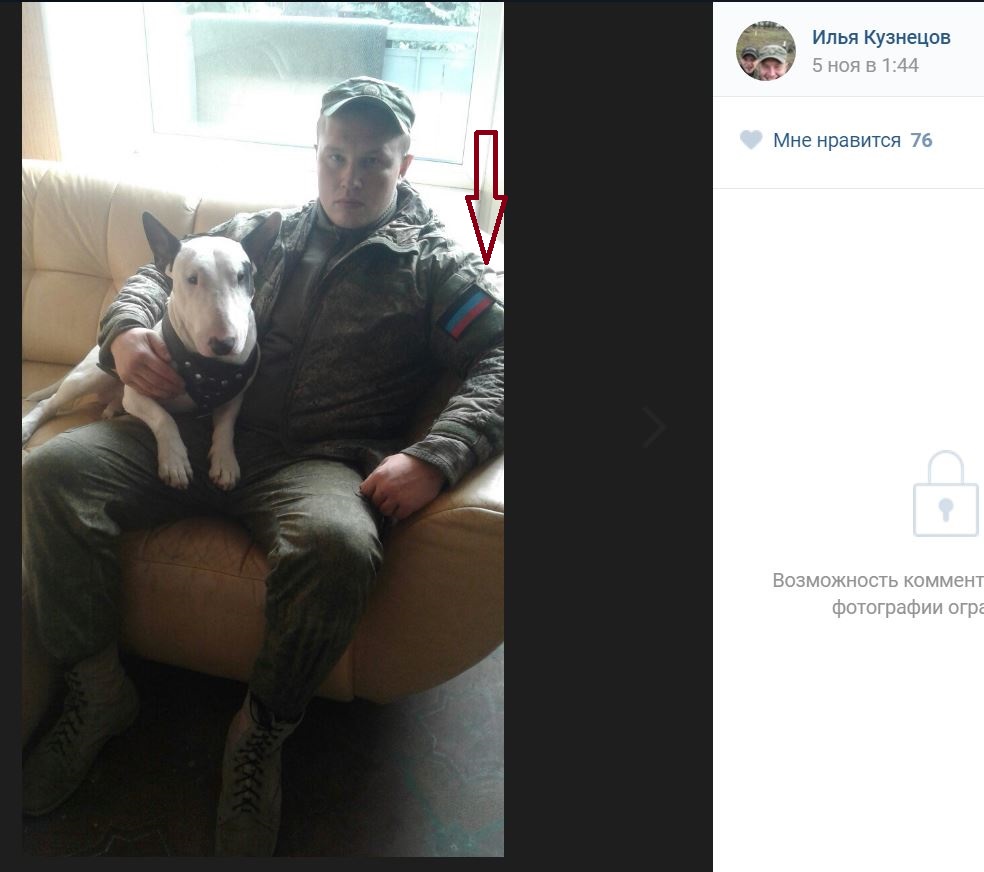 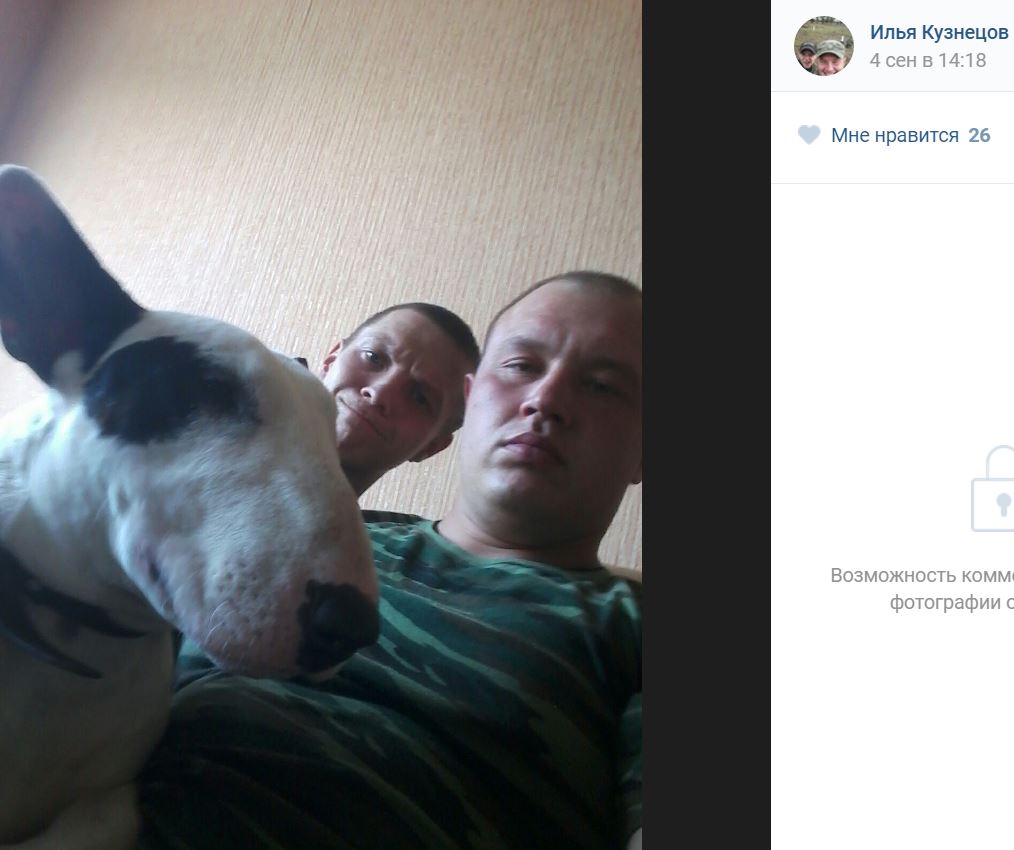 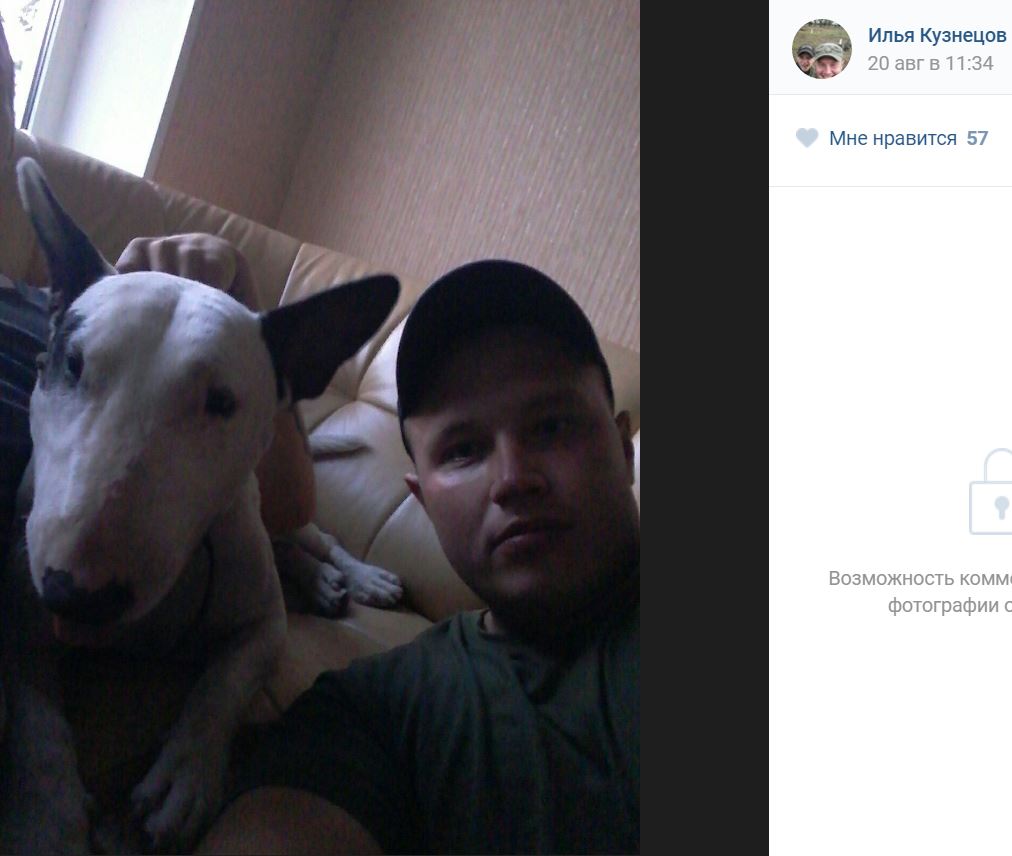 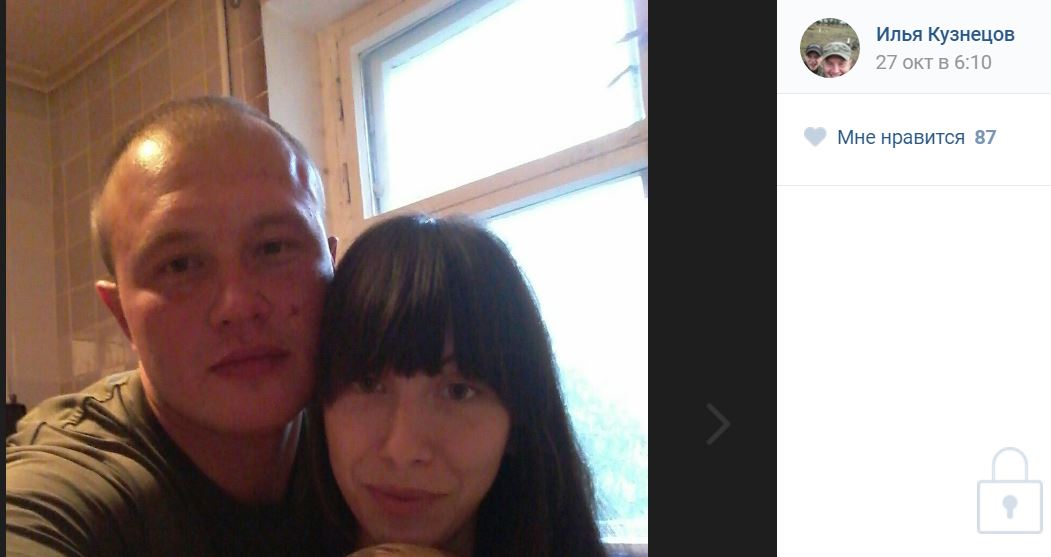 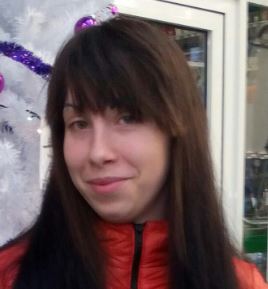 This is not the first “military romance” between an occupier and a citizen of Ukraine. Read more love stories in previous publications of InformNapalm: 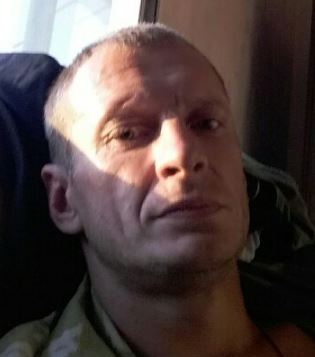 We could also establish that Russian soldiers on Donbas missions are charged with combat training of local separatists and Russian “volunteers”. This is evidenced by the pictures [30] posted on August 13 and September 3 2016 in the album of Finogin’s compatriot. Russian citizen Andrey [31] Panishko [32] (profile [33], photo album [34], contacts [35]) is an instructor for the militants. In the album, there is a photo [36] of Panishko and Finogin sitting together on the already familiar leather sofa. It was posted on August 20, with the following comment: “Wow!!! So it happens in life… Homeboy… Just rushed in…” There is also a picture [37] posted on August 5, in which Panishko is posing with the aforementioned bull terrier. 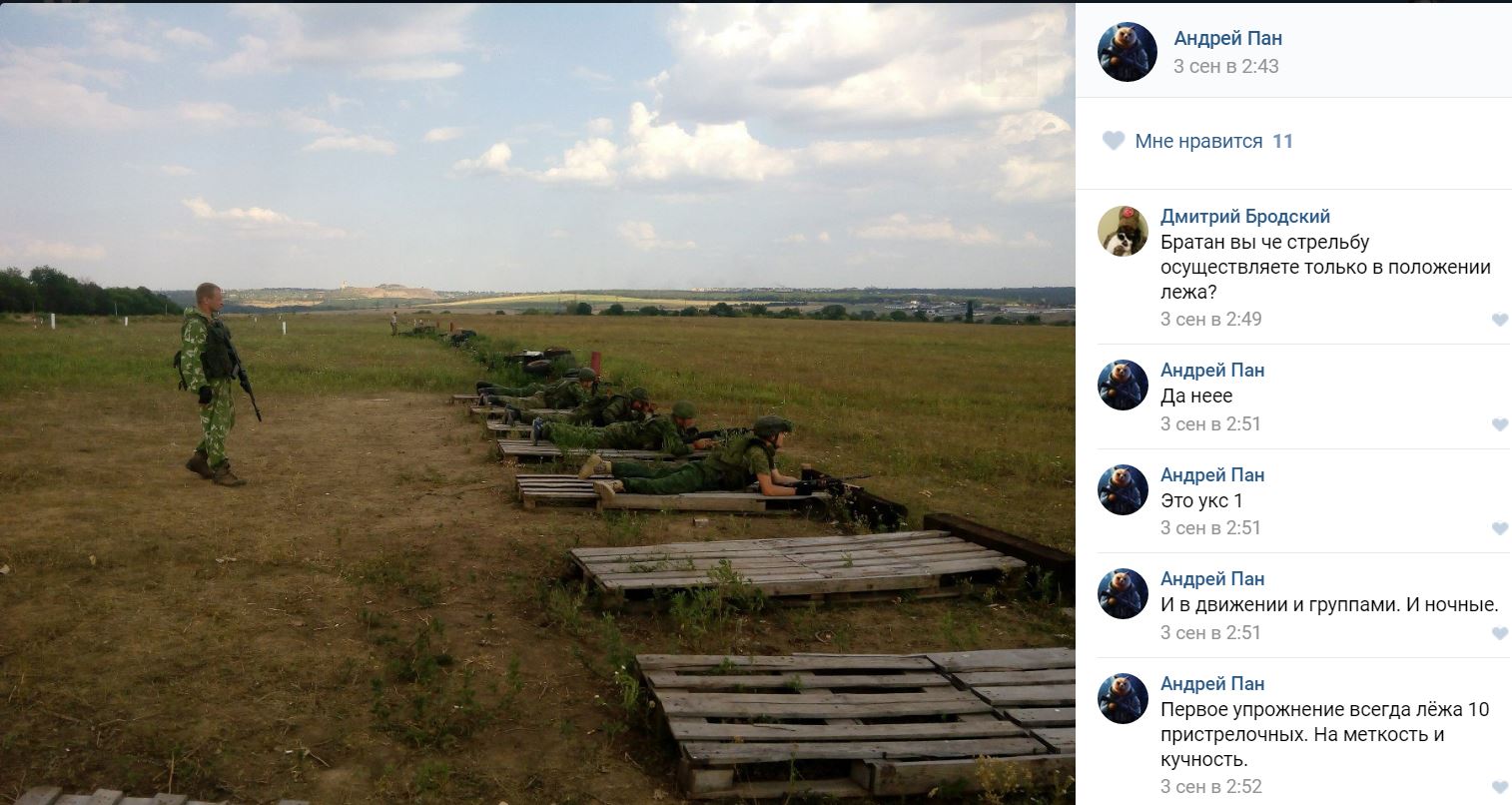 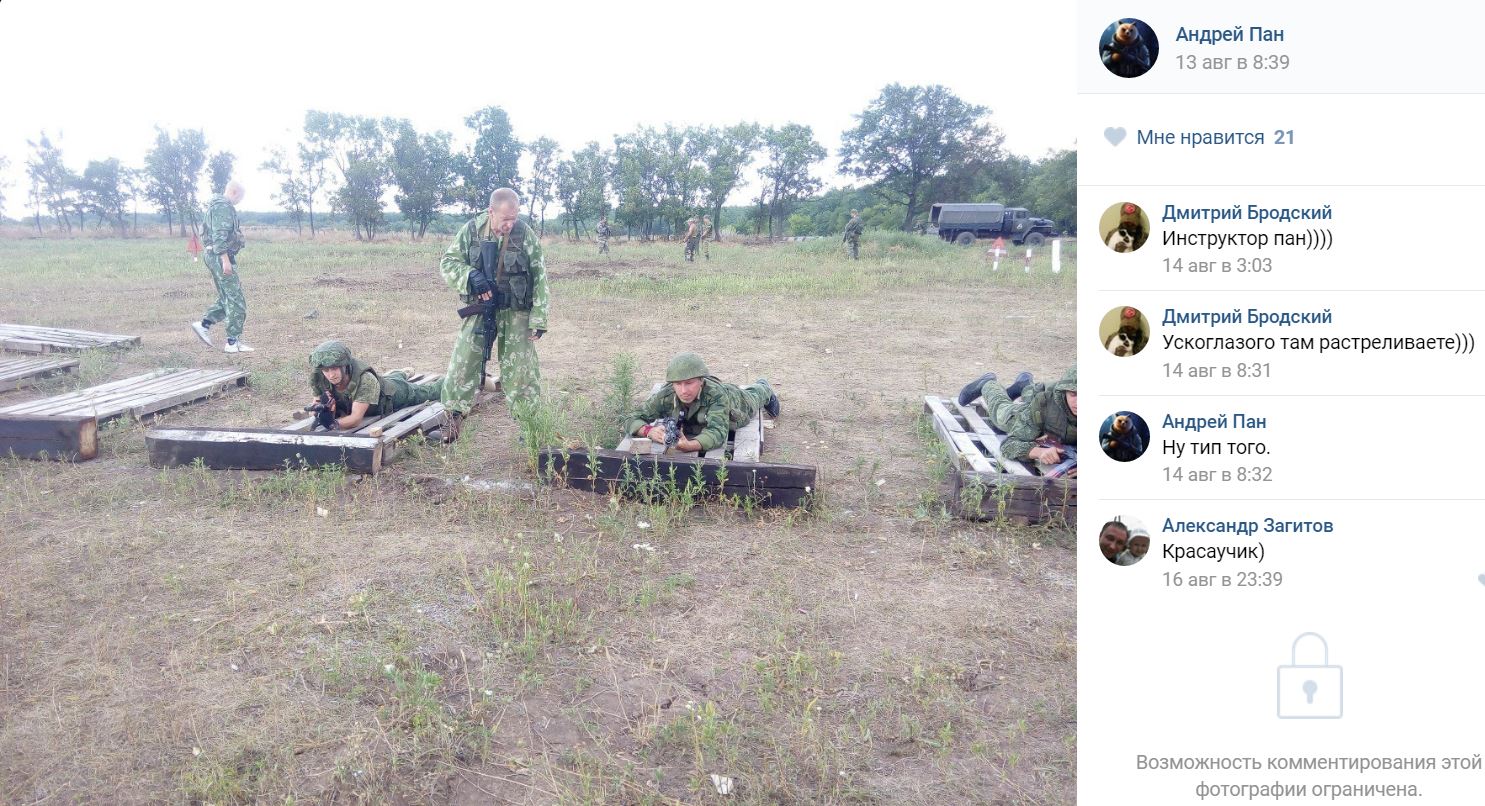 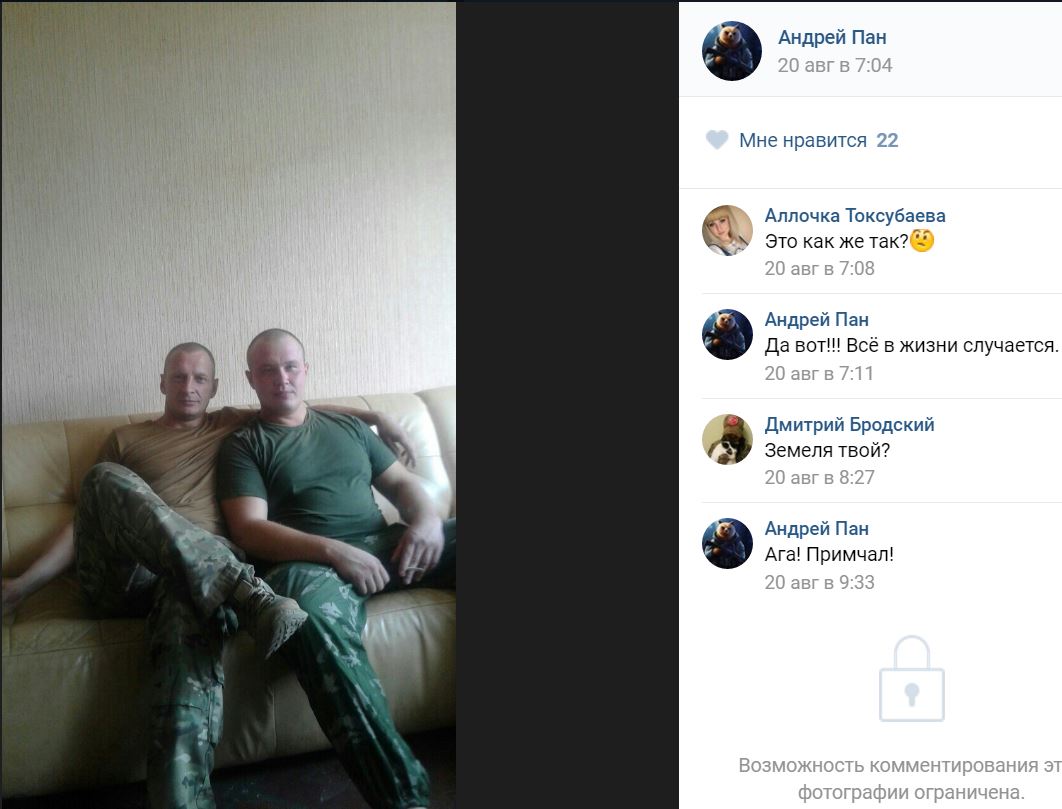 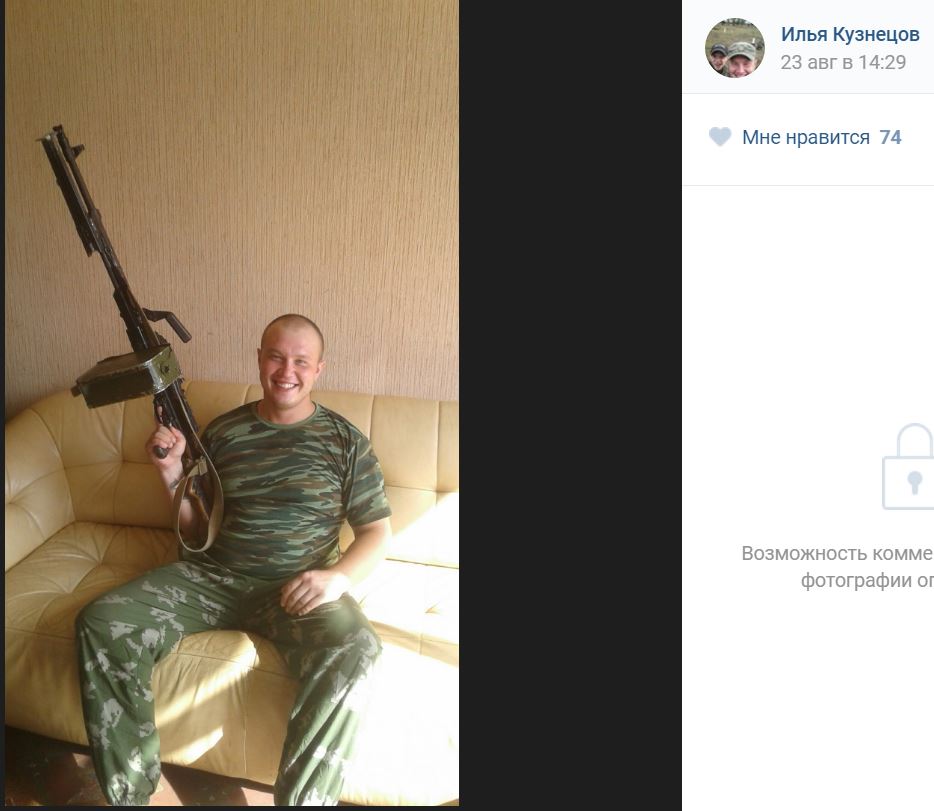 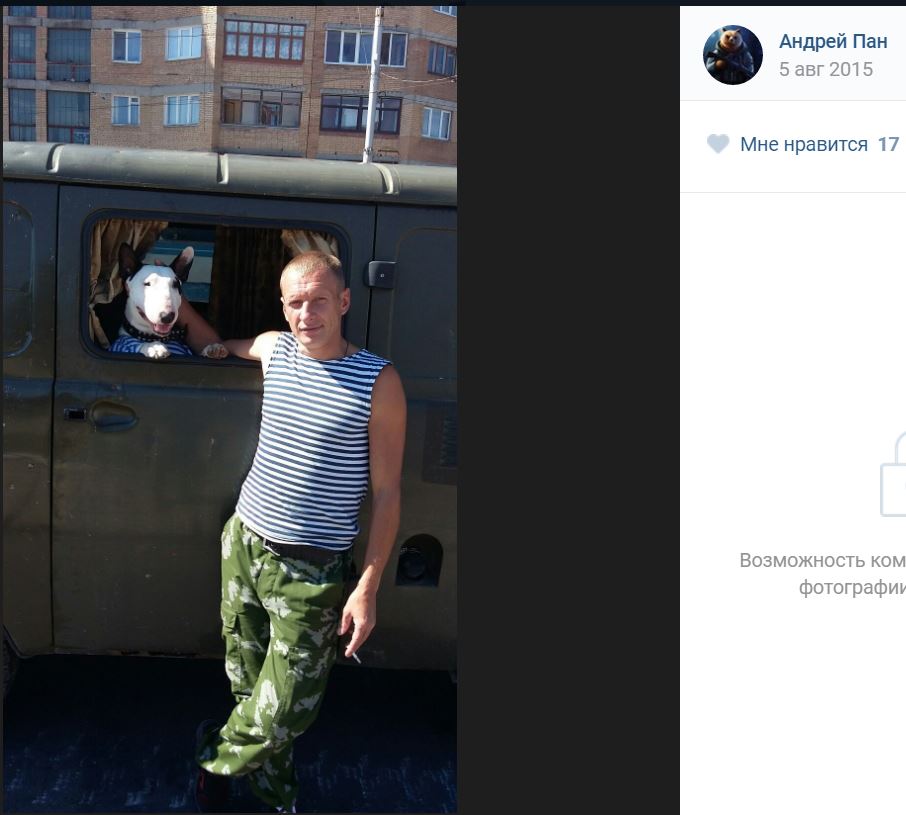 Finogin’s photos can be found in the albums of other militants, mostly Russian citizens, as well as local separatists, members of illegal armed groups of “Novorossia” – photos 1 [38], 2 [39], 3 [40]. 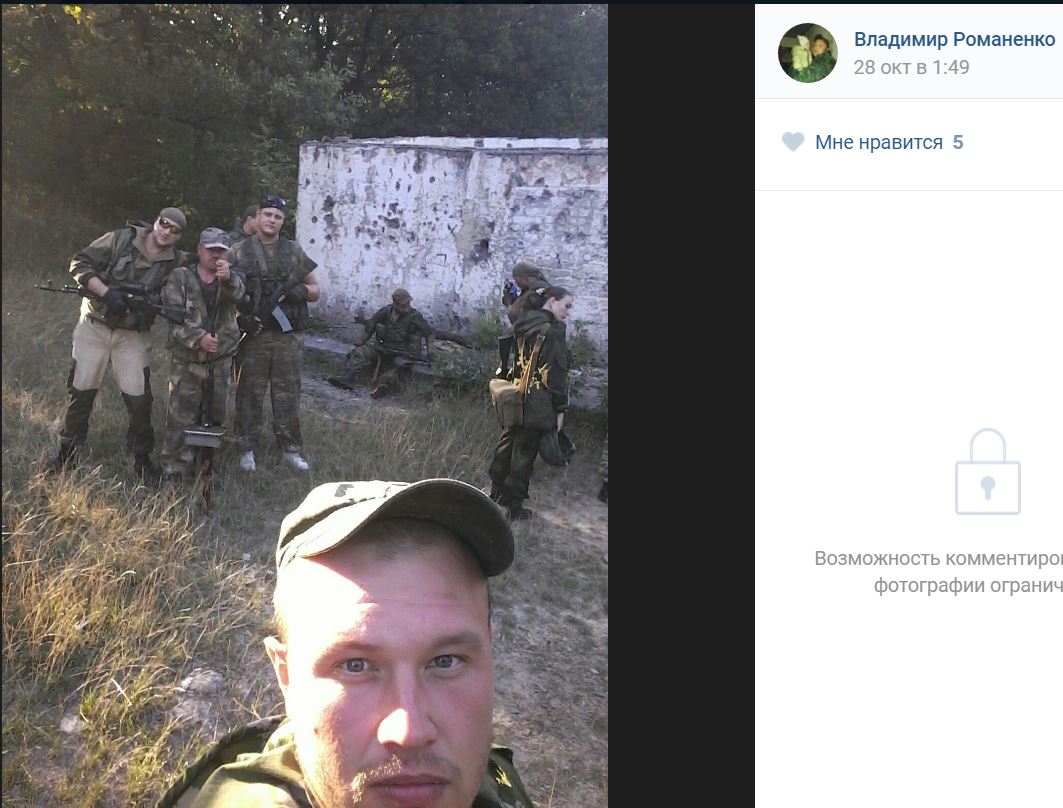 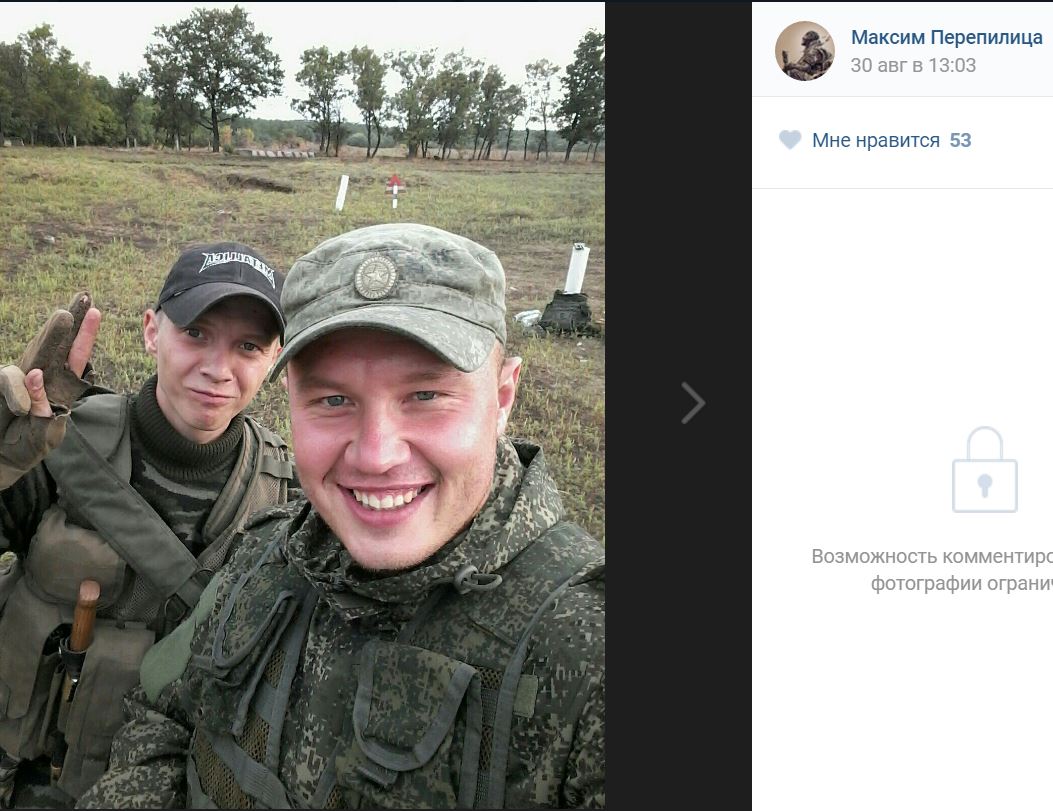 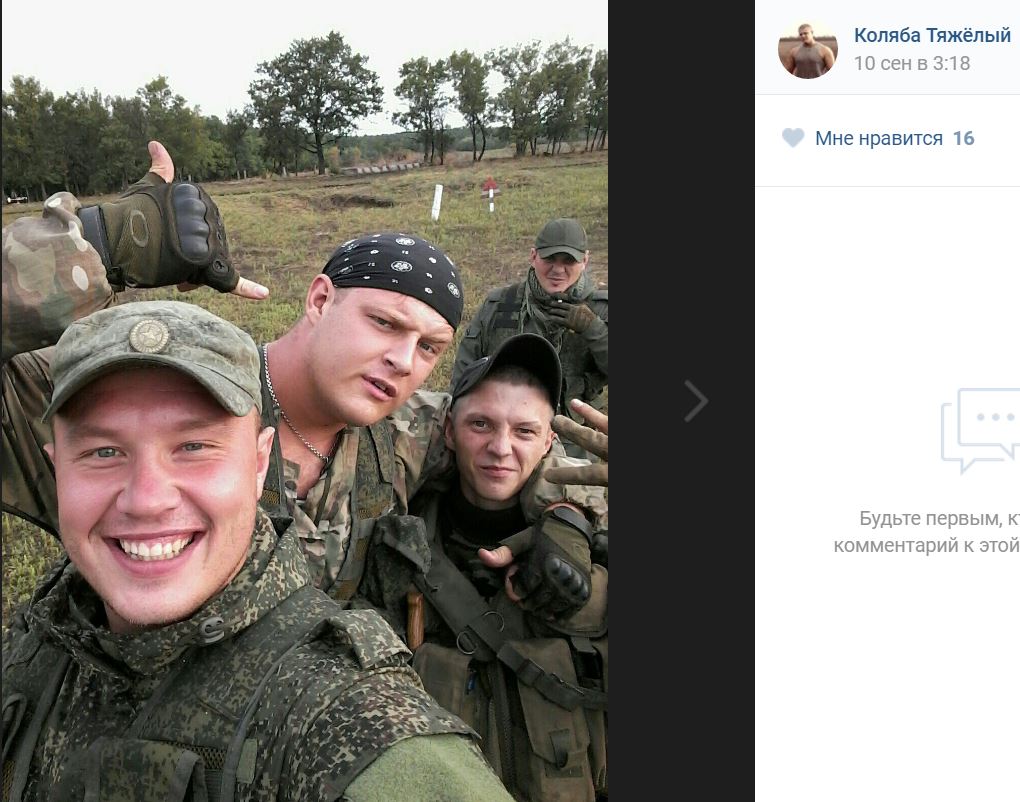 The fact that Sergei Finogin is a career soldier at the 7th Military Base has been confirmed by the chronology of photographic evidence tracing his movements along the route: Gudauta (7-th Military Base) – Rostov (Kadamovsky training range) – Donbas (Horlivka). Finogin’s contacts also corroborate it. There are many military men serving in the occupied Abkhazia among them. 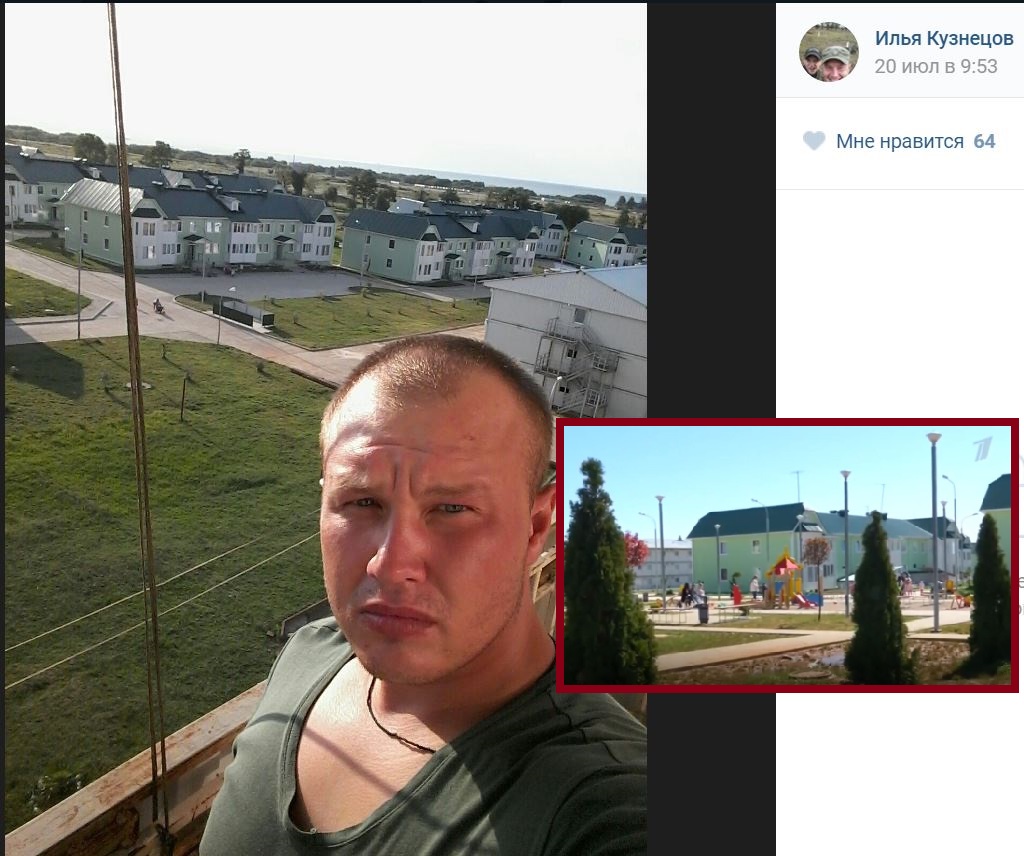 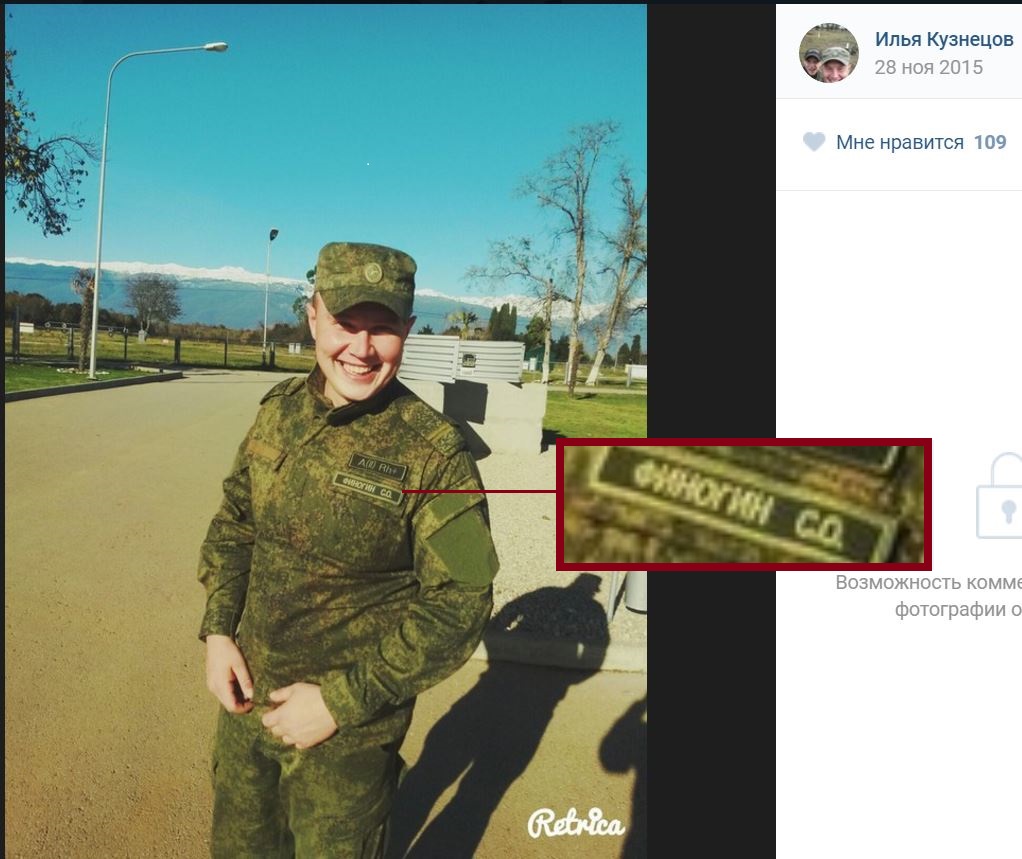 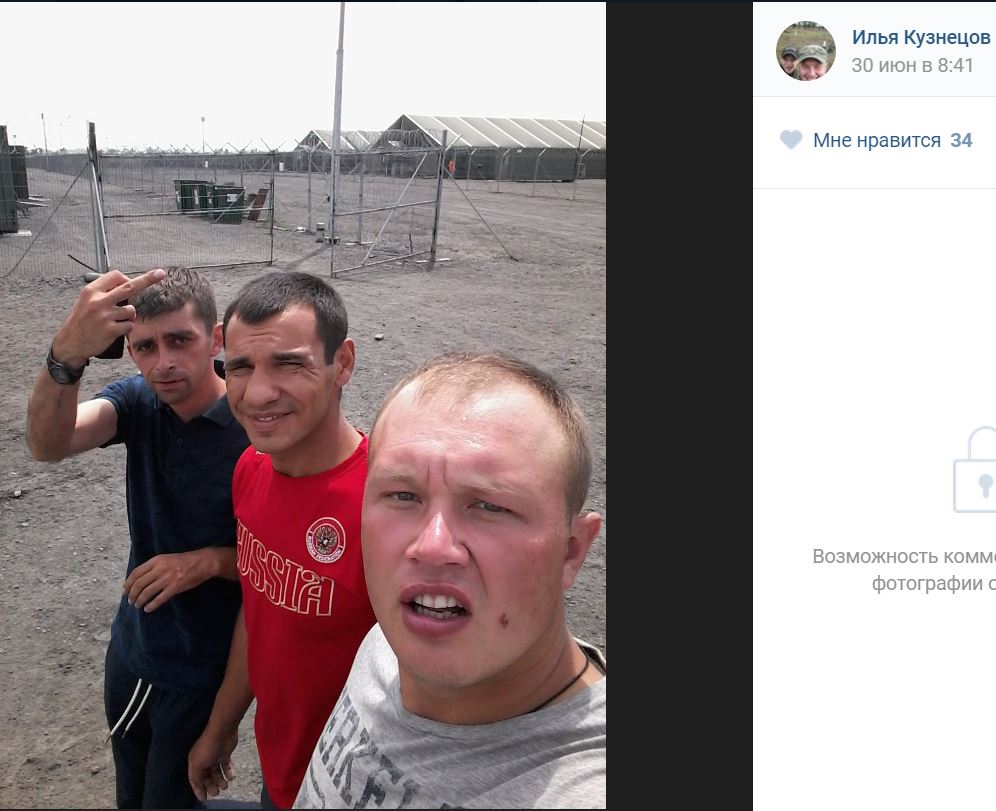 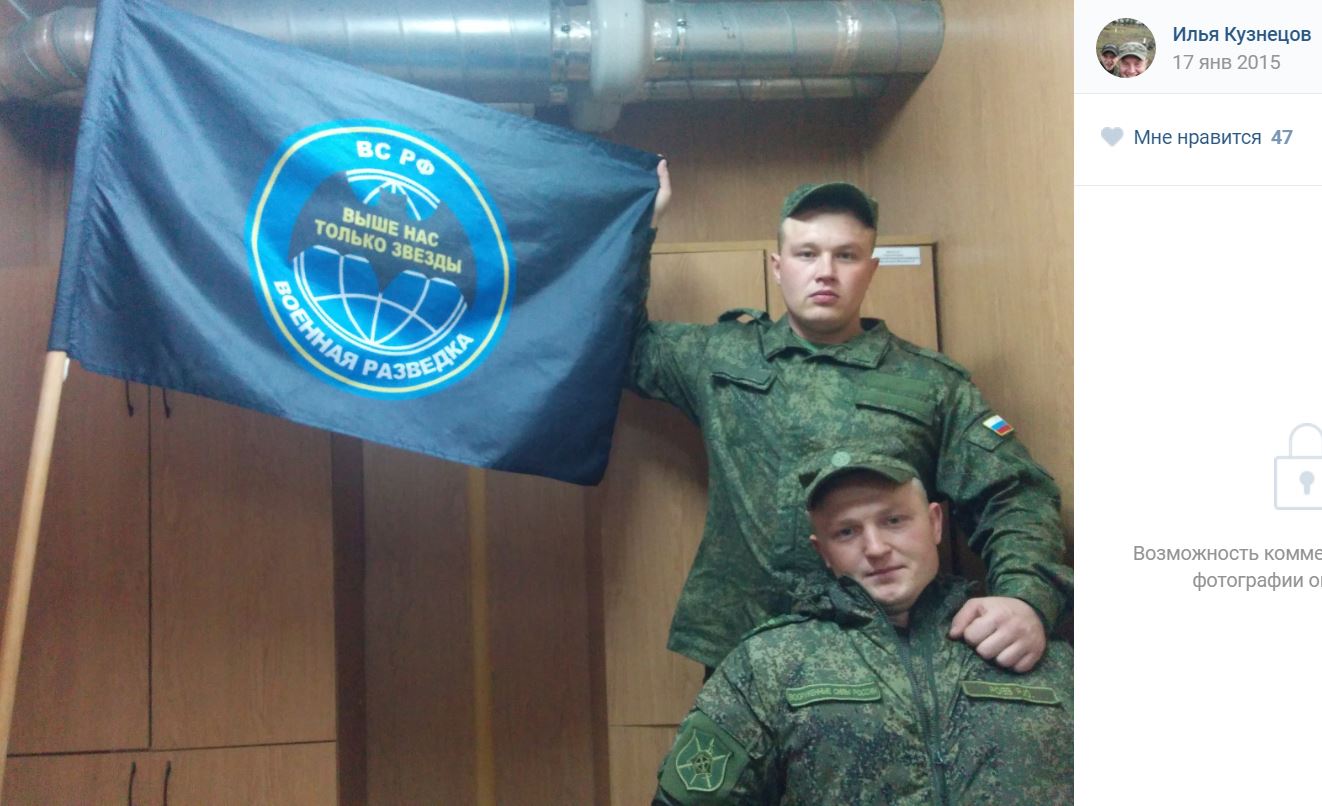 Judging by the number of our publications, featuring military unit 09332, the 7th Military Base beats all previous records and is the most belligerent military force of the Russian Army in Ukraine. Read more:

Databases of identified Russian military personnel and evidence of their involvement in the fighting in Ukraine on the side of the Russian-terrorist forces are available here: https://informnapalm.org/en/category/top-investigations/ [61]

This publication is based on an OSINT-investigation by the InformNapalm international volunteer group.

(CC BY) Information specially prepared for InformNapalm.org [66] site, an active link to the authors and our project is obligatory for any reprint or further use of the material.