The Security Service of Ukraine (SBU) Counterintelligence together with the units of the Ministry of Internal Affairs and the National Guard detained members of a subversive group of “Vostok” (“East”) illegal paramilitary formation. The group planned to commit terrorist acts in the city. 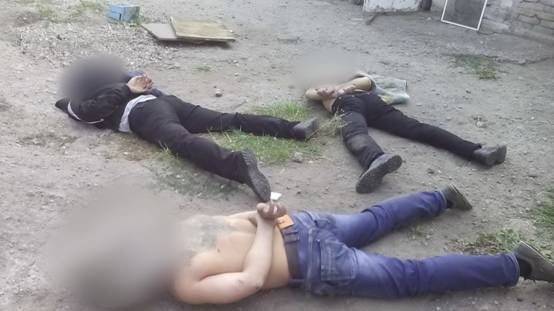 The militants underwent training in a camp in the Russian Federation. Members of the group have combat experience and had participated in armed attacks on administrative buildings in Mariupol in May 2014. Recall that many law enforcement officers and civilians were killed as a result of those attacks. It is also known that the militants were involved in the murder of entrepreneurs during criminal activities in which they stole money and property.

The mission of the militants was to commit acts of sabotage and terrorism in order to destabilize the situation in the region.

While preparing terrorist acts, the members of the group visited the DPR Headquarters and the Russian Federation to get weapons, explosives, and detailed instructions.

Officers of the SBU seized topographic maps of Mariupol with the locations of administrative buildings marked, and a report of the group on their readiness to commit sabotage. Officers also seized RPG-26 “Aglen” disposable anti-tank rocket launchers, new model of a sniper rifle manufactured in the Russian Federation, 7 Kalashnikov rifles with loaded magazines, RGD-5 grenades, many stun grenades, signal flares, and a radio. 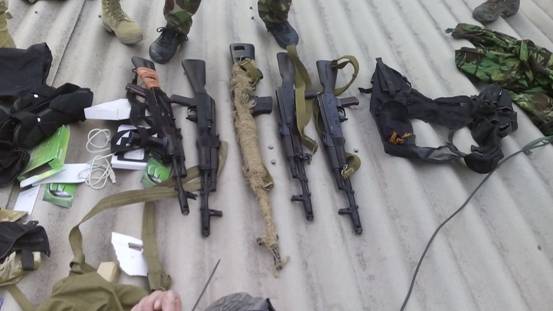 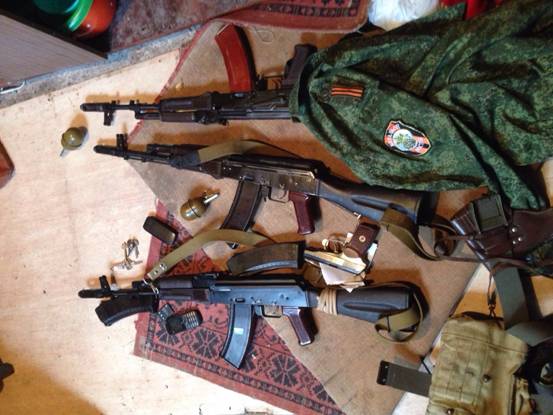 Criminal proceedings in terms of the Article 258-3 of the Criminal Code of Ukraine have been initiated. Operational and investigatory actions are in progress.