We disclose personal data about major Rumyantsev Sergei Aleksandrovich (profile archive [1]), a pilot of Su-24M aircraft (serial No. 0715323, photo archive [2]) of the 6980th guards aviation base of the 1st class (military unit No. 69806, Chelyabinsk, Russia). The aviation group is based on Shagol airfield. 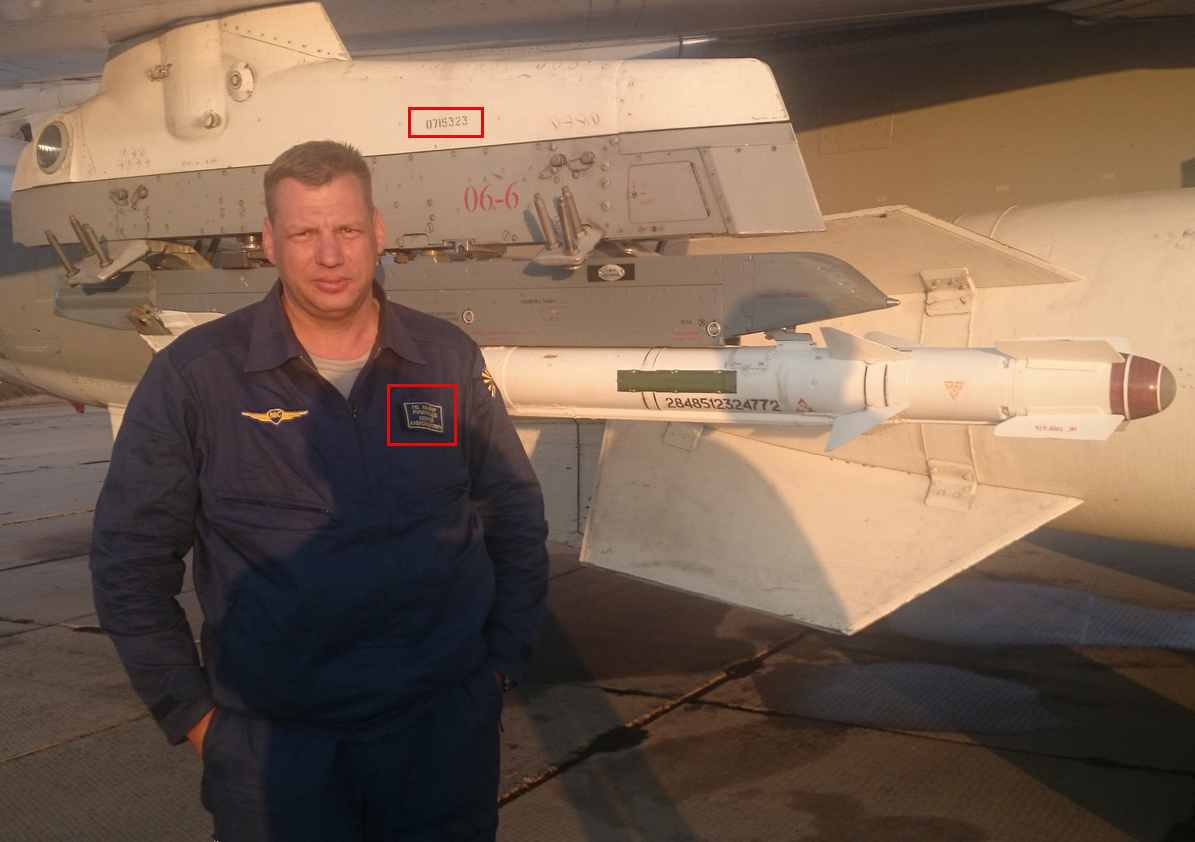 It is noteworthy that the last login by major Rumyantsev to VK social network was at 01:16 am on September 20, 2015. This date matches the temporary transfer of the Russian aviation equipment to Syria (legalized later on September 30, by the decision of the Russian Federation Council to send troops abroad). That time Valentina Matvienko, the speaker, did not specify in which region these troops would be sent. As you may recall, similar situation of formal legalization of the Russian forces’ participation in operations outside Russia took place in spring of 2014. The Federation Council approved the Russian army’s operation in Ukraine. Then Russia annexed the Crimea and the approval was withdrawn in the summer of 2014. This means the latest approval of the aggressive activities outside Russia may pursue not only the legalization of the presence of aviation in Syria, but it is also a part of a bigger operation of protection of the ‘Russian-speaking people’ in any other country in the world.

Let us remind you that the foreign media with links on satellite photos [5], published by the US private reconnaissance company ‘Stratfor’, demonstrated major build-up of the Russian military presence in Syria. InformNapalm team in its turn conducted analysis of the Syrian photos and made conclusions about the identity of the noticed military aircrafts. Based on the observations we assumed that this was a Su-30SM fighter (side No. ’red 24’, tail No. RF-95003, serial No. 10МК5 10МК5 1105 [6]). It was clarified that the aircraft was assigned to the 120th guards mixed aviation division of the 3rd air force and air defense command of the Eastern Military District on Domna airfield (Zabaykalsky Krai, Russia).

Earlier, on September 15, the InformNapalm volunteer team conducted the statistical analysis of the Russian LPDs’ trips to the Syrian port of Tartus and discovered significant raise in the dynamics of the military equipment and troops deployment to Syria in the range between 2013 and September of 2015. The statistics and infographics are available here. [7]

Also, not long before the Federation Council’s decision on Russian troops usage outside Russia, our volunteers, performing the analysis of the Russian servicemen’s social profiles, disclosed several facts which proved the preparation of the Russian forces for possible usage of the striking aviation. Besides that, the airfield used for the weaponry transferring to Syria [8] was found in the end of September, 2015. 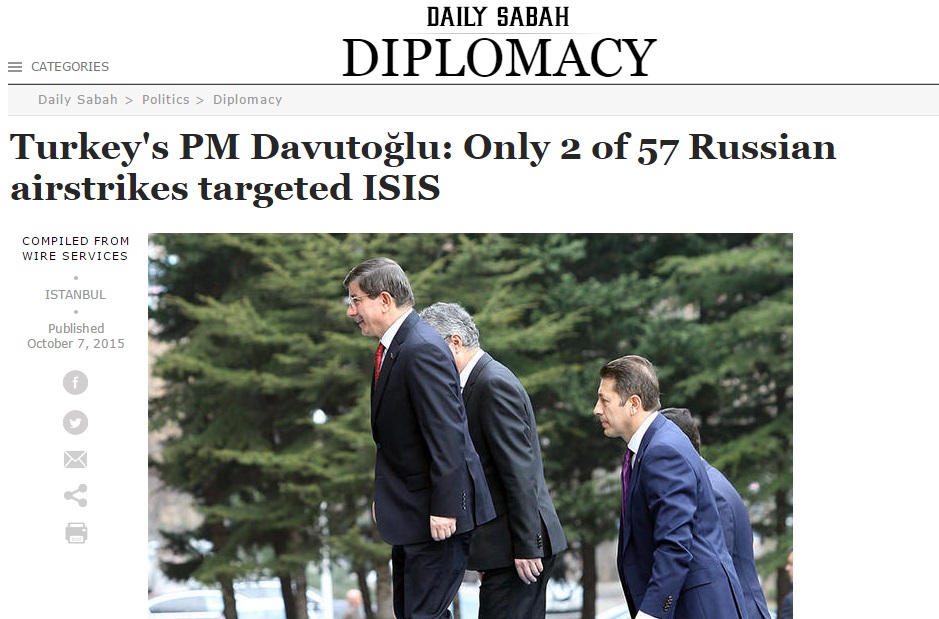 Starting from October 5, when it became known that civilians (including children) suffered from the Russian rocket and bomb strikes, InformNapalm started an ultimate action of disclosing and publication of the information about the Russian military pilots [10]committing the war crimes in Syria.

Our conclusions were confirmed also by the statements of public officials. In particular, on October 7, Ahmet Davutoglu, the Prime Minister of Turkey, highlighted that only 2 out of 57 Russian airstrikes in Syria targeted the ISIS militants’ positions [11].
The religious leaders of Saudi Arabia [12], same as rebel groups in Syria, declared jihad against Russia and asked all the Muslims to join it. But the speculative statements of the Russian military authorities, that “all those who do not support the Russian operation against the ISIS militants support these militants”, do not hold water. For example, the Saudi aviation also takes part in the fight against ‘Islamic State’, and anyone who supports ISIS can be sentenced to a long prison term.

It is interesting that today, according to MK.ru, Dmitry Peskov, the Press Secretary of the President of Russia, reacted on our ultimatum [13]. He said the appearance of such Ukrainian websites with data on Russian pilots who take part in the operation in Syria was a ‘hostile position’ regarding Russia and the Russian servicemen. According to Peskov, “the Russian special services track such activities and will take all needed actions to ensure the security of the Russian servicemen”.

Here, by the requests to the servers of InformNapalm.org, we can see how those Russian security services track publications of our volunteer group. For instance, Russia’s FSB continuously pings RSS updates of our site and periodically checks the publications of our service in foreign languages, including the Arabic. 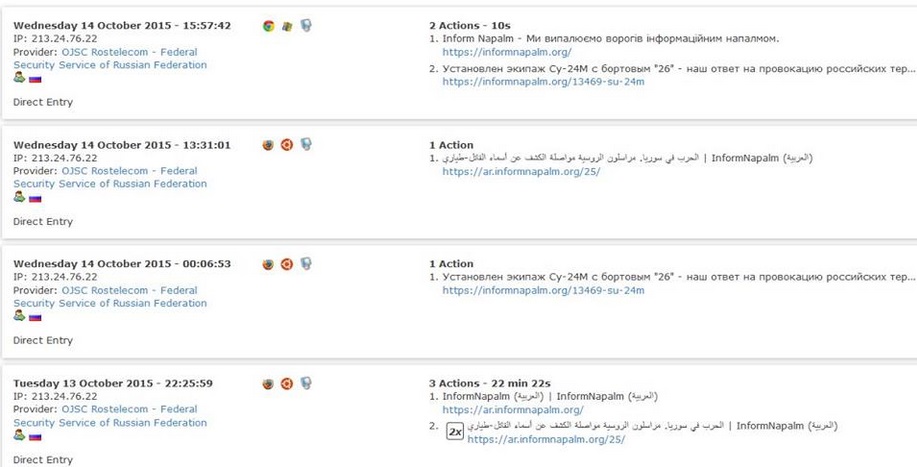 The full screenshot of the FSB’s requests to informnapalm.org website for the last week can be found here [15].

Let’s note, that the threats in the address of InformNapalm, as well as comments of the Russian readers that the publication of names and data on the Russian pilots is ‘the help for ISIS’, are nothing but a campaign to discredit the volunteer community. At this moment InformNapalm has a sufficiently extensive data on the Russian military aviation flights in Syria, collected both from public sources, and by obtaining insider information, also from the Russian reporters.

InformNapalm volunteers conducted a series of consultative meetings with foreign experts in Saudi Arabia [16] and the EU on which the decision was made not to publicize the data on pilots who indeed stroke the ‘Islamic State’ groups, but the information about war criminals, who bombed peaceful Syrian citizens and moderate Syrian opposition, will be publicized.

For example, we keep the data on the crew of Su-34 aircraft (side number ‘red 22’) of the 47th mixed aviation regiment, which really hit the ISIS groups near the town of Raqqa with guided KAB-500S bombs (video by RT [17]). But as soon as this crew is noticed in war crimes against the Syrian people, we will announce their data on the network.