Russia continues its undeclared war against Ukraine, applying as needed its military, economic, and political powers. Additionally, the propaganda component of this conflict is highly active at all times. All flashpoints, in which Russia is engaged, both in Ukraine and the Middle East, are interlinked in a single plan by the Kremlin in the pursuit of its geopolitical ambitions.

On Vladimir Putin’s order, on the 15th of March the withdrawal of the majority of Russian troops from Syria was announced. The Kremlin previously denied the participation of its ground forces in this operation, so the pullout was only related to the Russian Air Force. Starting on the 16th of March, InformNapalm has been observing increased Russian propaganda support of the possible use of airpower against Ukraine. The threat of such a scenario and the evidence supporting it had been observed by us earlier, but the combination of several deterrents had postponed the X hour. However, the level of risk remains unchanged.

On the 25th of March, the representative of the Ukrainian Main Directorate of Intelligence Vadim Skibidskiy stated that after the withdrawal of the Russian forces from Syria, the threat of attacks by Russian Air Force has increased.

Taking into account all the above factors, as well as the illegal arrest and conviction of the Ukrainian pilot Nadiya Savchenko, who was sentenced to 22 years of prison on the basis of falsified evidence, the volunteers of the international volunteer community InformNapalm decided to provide information on the real war criminals, who were engaged in the slaughter of hundreds of Syrian civilians. (Human rights organizations’ reports: 1 [1], 2 [2], 3 [3], 4 [4], 5 [5].)

Moreover, considering their combat skills and experience, these people could be the first to carry out illegal orders to bomb the territory of Ukraine. This OSINT investigation provides the information on the pilots of SU-34 bombers, who have not been mentioned in our previous investigative reports, as well as infographics [6] with personal details of 32 pilots from 20 Russian aircrews who were spotted during their deployment in Syria.

All information we offer here has been collected from video reports of Russian mass media.

Confirmed participation in the Syrian operation

Andrey Ivanovich Zaharov, major, air navigator of the 47th Combined Aviation Regiment (CAR), Voronezh, Voronezh Oblast. He was awarded the Order of Courage for the killing of Syrian civilians. 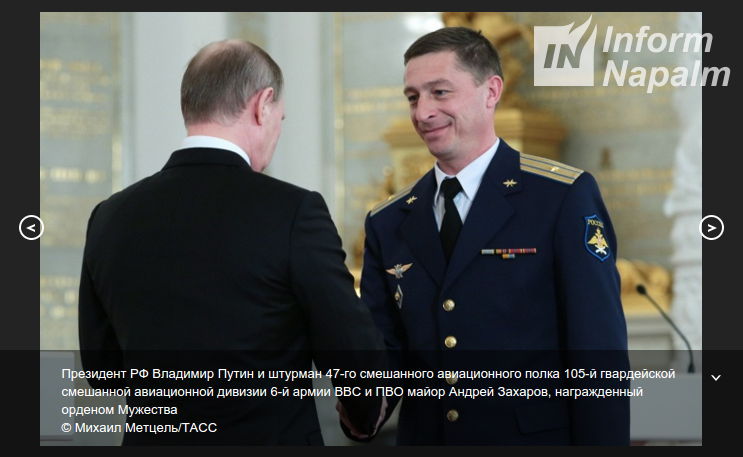 Oleg Melnikov, captain, deputy commander of an air squadron of the 47th CAR. In Syria, he flew Su-34 «Red» 22. 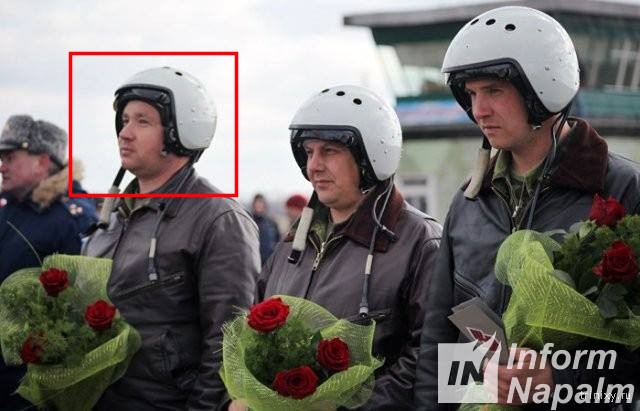 Aleksey Chechetkin, captain, Air Navigator of the 47th CAR. In Syria, he flew Su-34 «Red» 22. He was awarded the Medal “For Courage”. 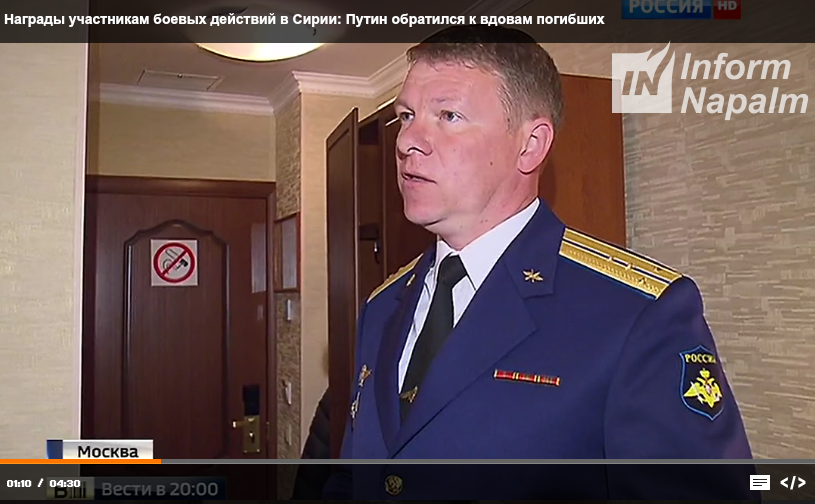 Andrey Alexandrovich Dyachenko, major, deputy commander of an air squadron of the 47th CAR. In Syria, he is presumed to have flown Su-34, RF-95811, «Red» 22. He was awarded the title of Hero of the Russian Federation for the killing of Syrian civilians. 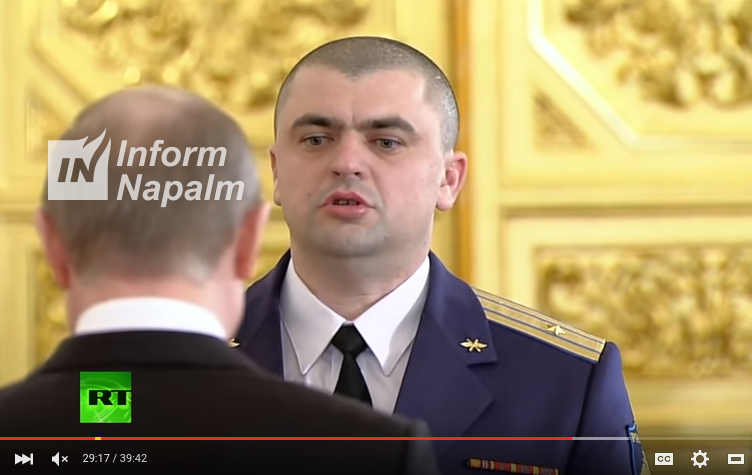 Viktor Mikhaylovich Romanov [profile [7]], colonel, Senior Air Navigator of the 929 State Flight Test Center [GLITS]. He was awarded the title of Hero of the Russian Federation for the killing of Syrian civilians. 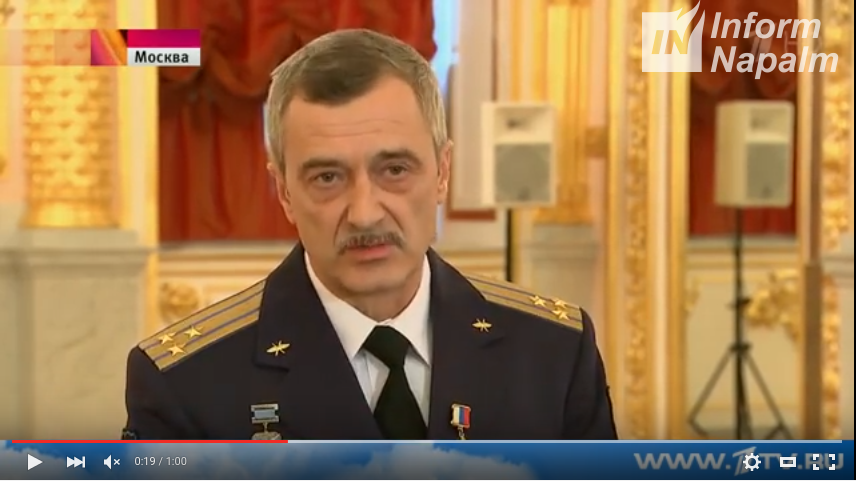 Believed to have participated in the Syrian operations 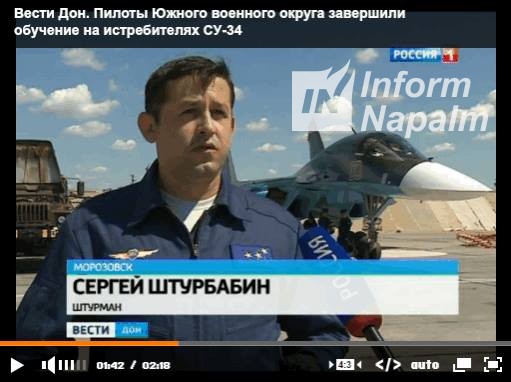 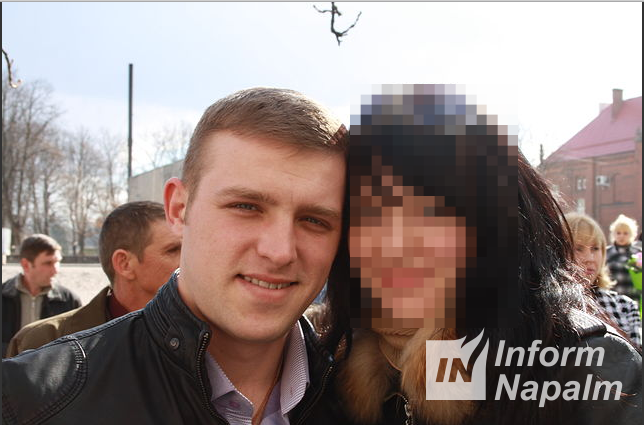 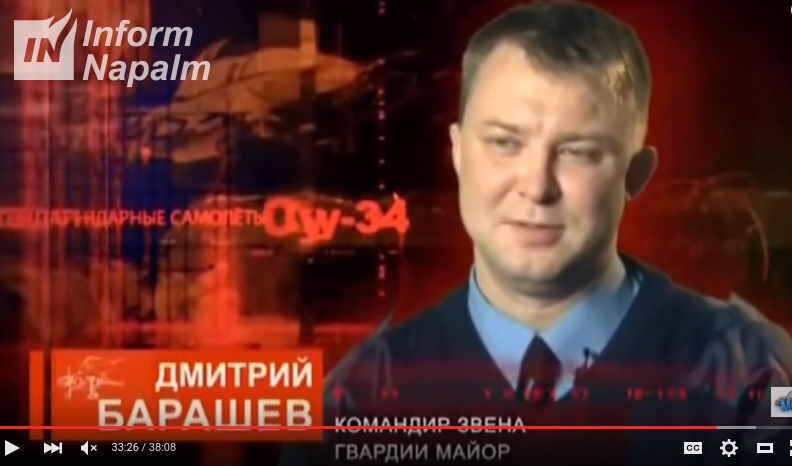 Participated in Syrian operation, but haven’t been identified

The screenshots below show an unidentified Su-34 air crew. They returned from Syria on the 15th of March, 2016. 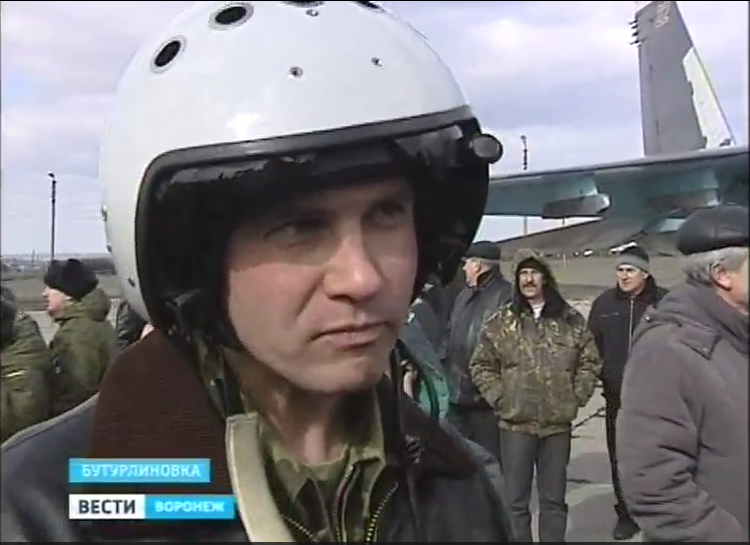 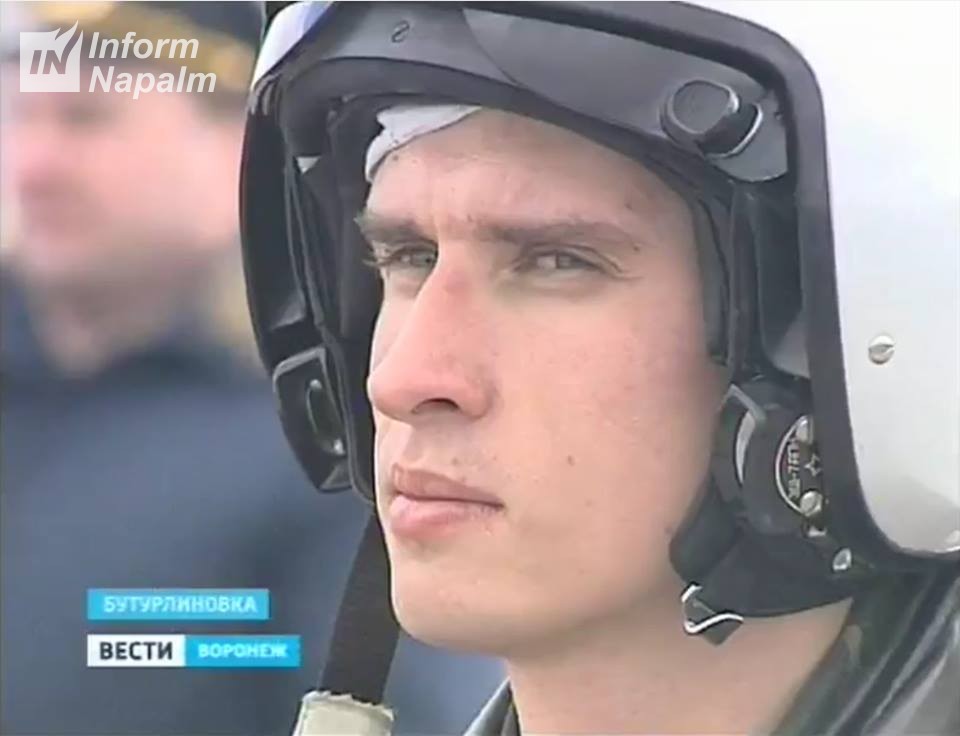 All the above officers are now being tracked. Detailed information on them has been submitted to the relevant authorities. Should they or their colleagues attempt any illegal actions against Ukraine, certain measures will be taken against them. Moreover, these people should be charged by a military court, to investigate their involvement in the genocide of the Syrian people.

CC BY 4.0 – Original article [12] prepared by the InformNapalm volunteers Irina V. and Dmitry B., translated by Vladislav Kizima. Upon reuse of the material, an active link to the author and our project is desirable.