Our vigilant readers gave us photo evidence of a modern Russian mobile electronic (EW) station spotted on August 19, 2016 in Luhansk at the intersection of 50-letia SSSR and Kurchatov streets. The station was identified as a radio control and information protection system RB-636AM2 Svet-KU. This system was put in service by the Russian army in 2012, it has not been supplied to Ukraine.

The system is designed to monitor the airwaves and keep track of various radio emitting sources. The system is able to monitor the situation and to protect against interception of information transmitted over wireless communication channels. The equipment is capable of tracking signals of different electronic systems, perform their analysis and calculate the coordinates of the source of these signals. Svet-KU has the ability to receive signals in the frequency range from 25 MHz to 18 GHz. An early version of the system coded RB-636AM2 is mounted on KamAZ-4350 biaxial chassis. There is new version of the system mounted on a Ford Transit chassis, it was presented at the specialized exhibitions in 2015.

Photo of the system in Luhansk and its identification: 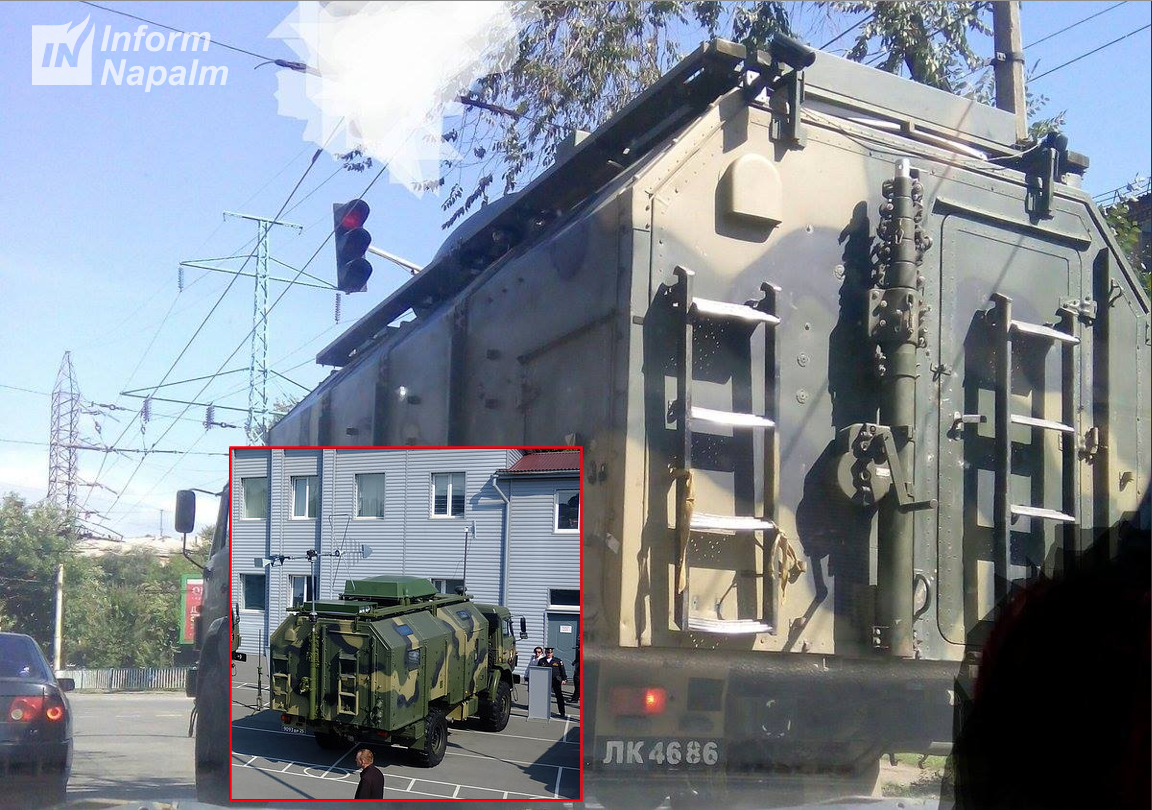 Geotagging of the picture: 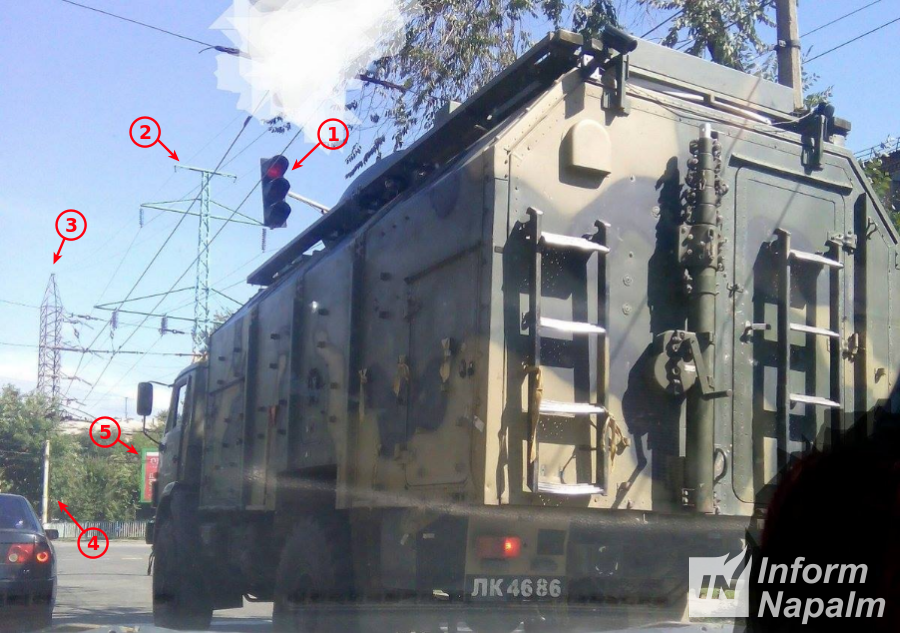 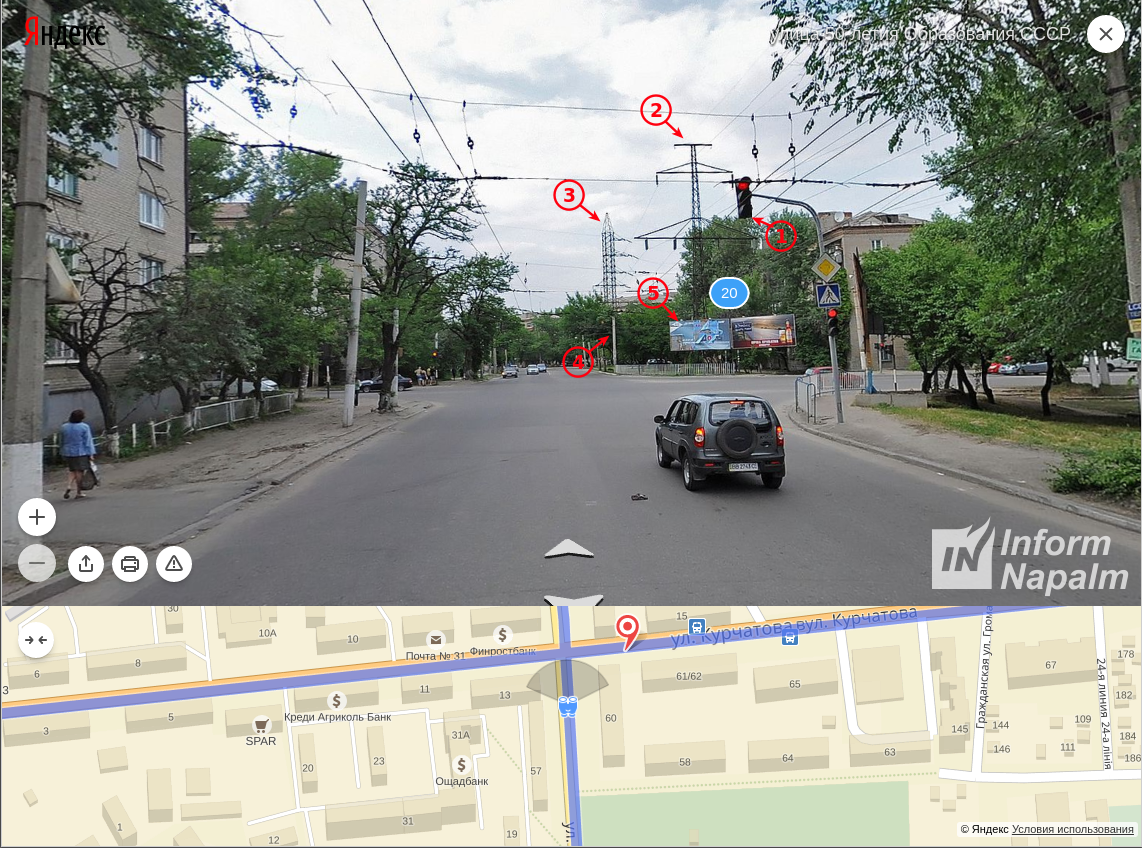 Our readers also helped us establish that the system was operated by 18th Electronic Warfare Company (unit #L-05776 based in Luhansk) of the 2nd Army Corps of the Russian occupation forces in Donbas. The chassis of the system is bearing a tactical sign “18 in a square” and the registration number LK 4686. 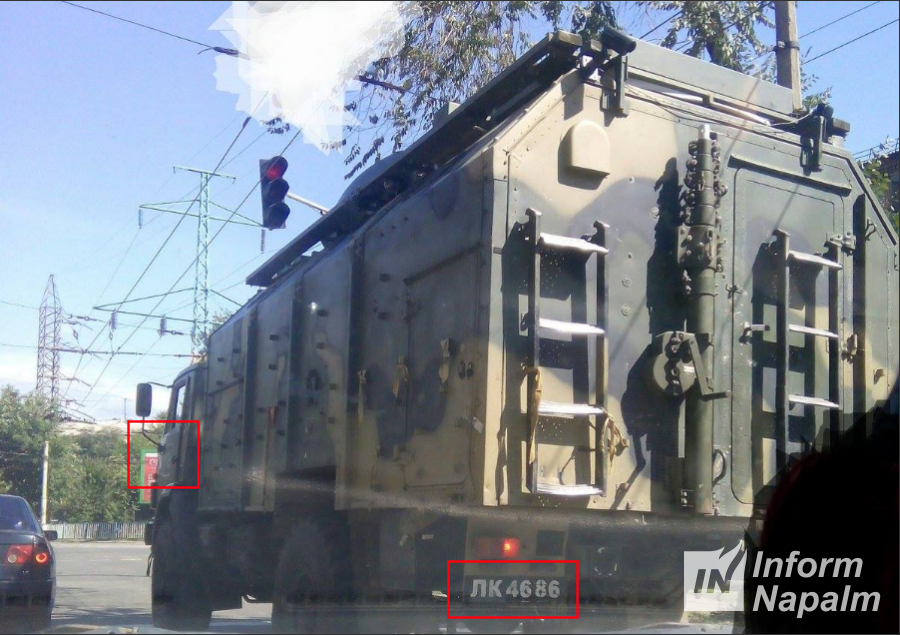 We should like to remind that this week, InformNapalm volunteers identified another novel Russian station SPR-2M Rtut-BM designed for radio proximity fuse jamming which was used by the Russian occupation forces in the vicinity of Donetsk. Read more in our article Russian SPR-2M Rtut-BM system in Donetsk (coordinates) [1].

So far, volunteers of InformNapalm have identified the following modern Russian EW systems in the occupied territories:

This publication was prepared by Mikhail Kuznetsov [2] assisted by Kuzma Tutov, Dmitry I., Kot V. and readers of our site.

[3](CC BY) Information specially prepared for InformNapalm.org [4] site, an active link to the authors and our project is obligatory for any reprint or further use of the material.