A soldier of 200th Motorized Rifle Brigade (military unit 08275) of the Russian Northern Fleet is in the center of the new OSINT-investigation by InformNapalm [1] which identifies Russian weaponry, geo-positions a photo and presents a military award issued by a presidential decree. All together these facts confirm with certainty that in August 2014 units of the Russian 200th Rifle Brigade participated in the fighting for Luhansk airport.

Selfie-soldiers in the service of OSINT

After the annexation of Crimea in 2014, the Russian Federation continued its invasion of Ukraine. It has used and continues to use the hybrid methods of war, officially denying the participation of Russian troops in fighting in the Donbas and presenting it as an internal Ukrainian conflict. 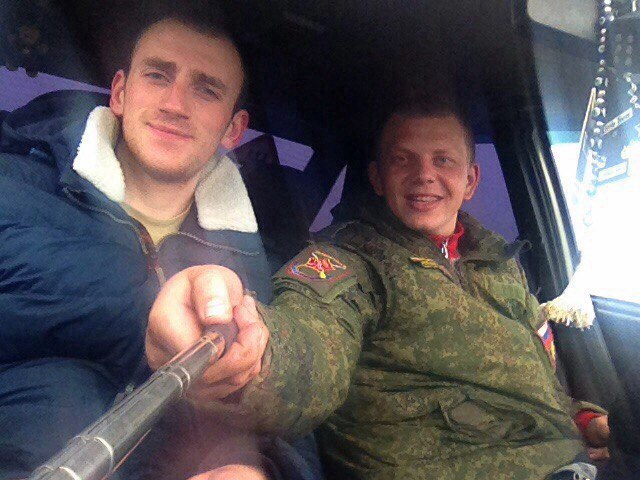 But new technologies, such as the Internet, and the broad use of social media have allowed to uncover the secret actions of the aggressor and prove that Russia invaded Ukraine. It was psychologically difficult for Russian soldiers to listen, on the one hand, to the state propaganda machine that cultivated the spirit of ‘victory-madness’, the imperial conquests of new territories and slogans such as “Crimea Is Ours!” [2], and on the other hand, to the rhetoric of the country’s leadership claiming: “They are not there” (“IkhTamNiet” [3]). From the very beginning of the war, Russian soldiers and officers tried to show, at least to their friends and relatives, that actually they ARE THERE, fighting for the interests and under the flags of their country. Thus, we have observed and continue to see multiple selfies, photos and videos as mementos. Those selfies overcome all bans and orders of the Russian military command. They confirm the falsity and cynicism of the statements of Russia’s supreme military leadership and provide additional facts for strengthening the sanctions pressure on the aggressor by the international community. In turn, InformNapalm continues to collect and systematize the evidence of the participation of Russian military personnel in the war against Ukraine in the Donbas.

A serviceman of the 200th Motorized Rifle Brigade of the Russian Army Yevgeny Gromovchuk has several social media accounts. We have found his accounts in the Russian VK [4] (archives of the account [5], album [6], contacts [7]) and OK [8]social networks (archives of the account [9], album [10], contacts [11]). Thanks to his selfie with a boiler house in the background, we established that the photo was taking near [12] Luhansk Airport. The fallen smoke stack can even be seen on a satellite image from August 31, 2014. In addition, it is known that the stack fell down as a result of shelling by [13] Russian artillery in the second half of July 2014.
To determine the place where Yevgeny Gromovchuk was photographed, we used the following images: 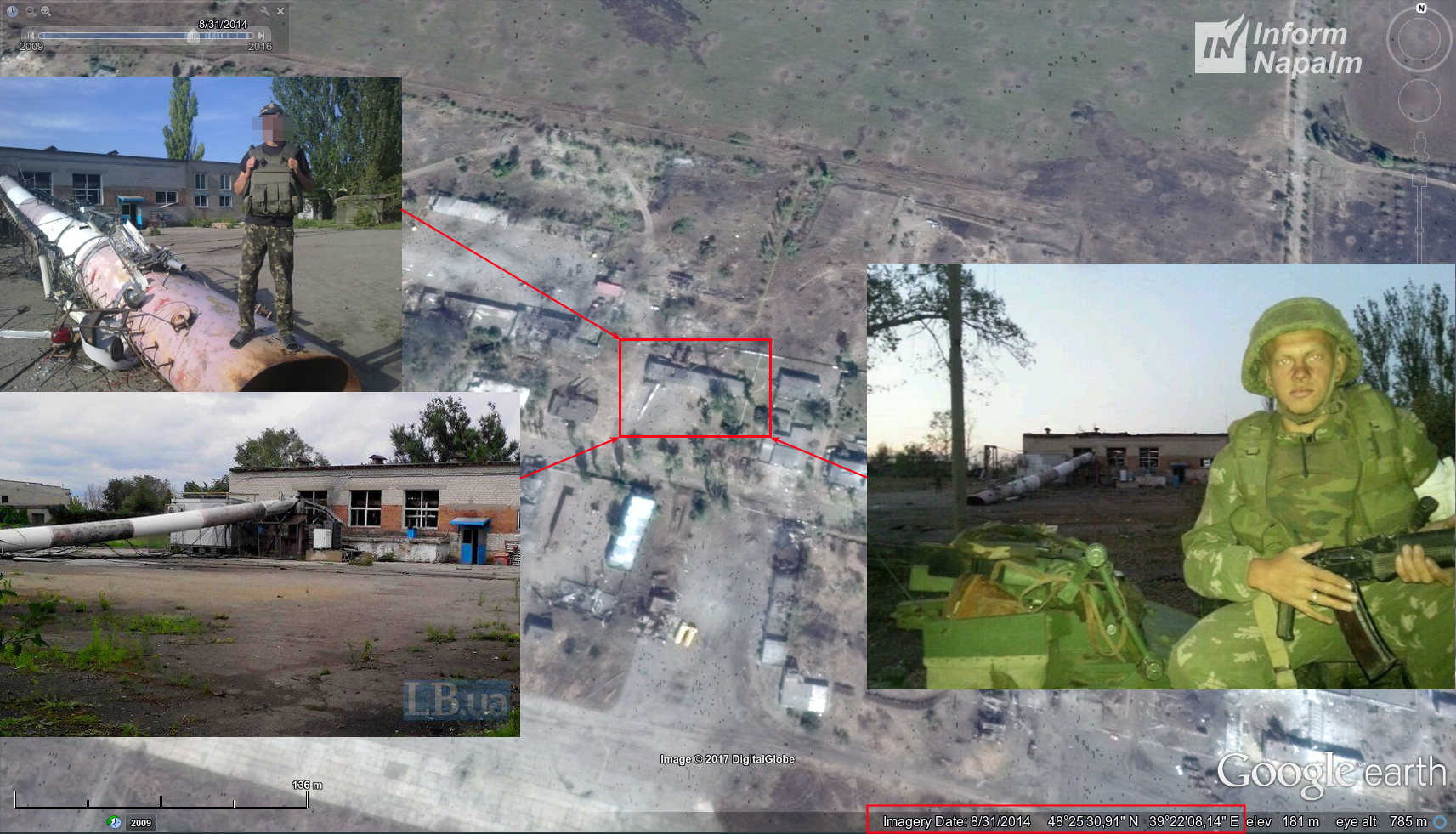 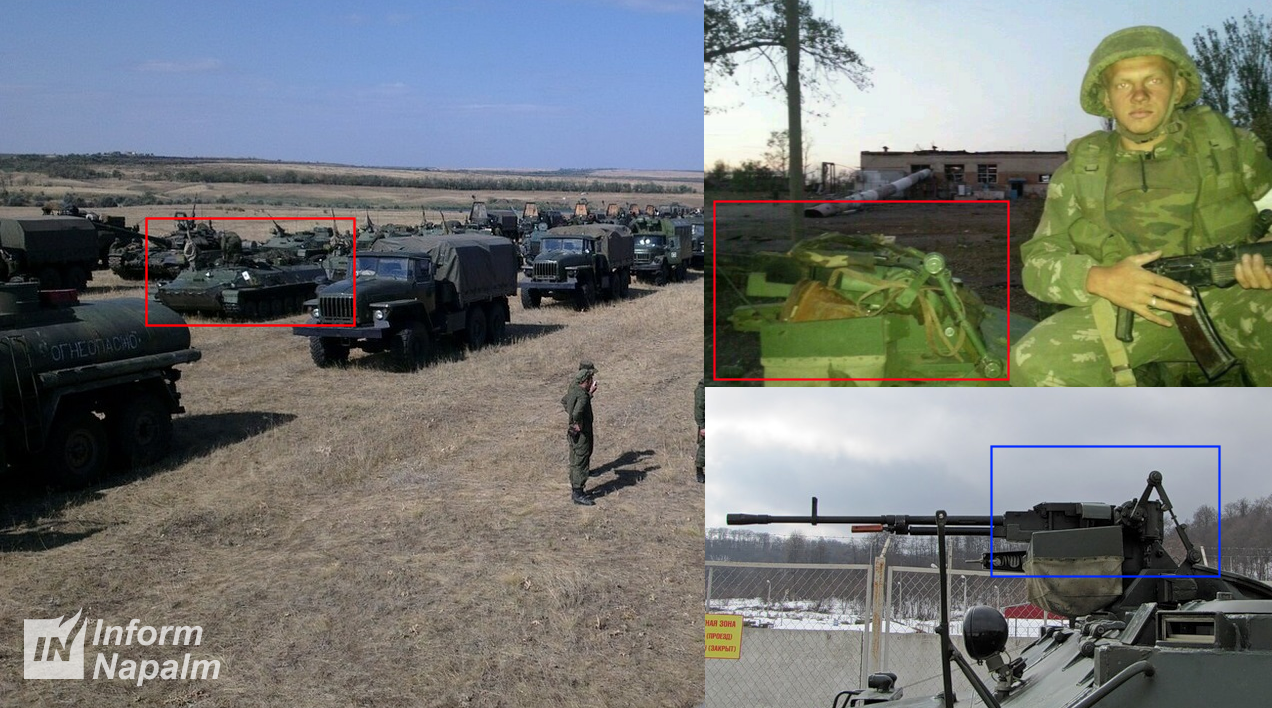 Analyzing the social media account of Yevgeny Gromovchuk, we found a photo of the certificate for the Suvorov medal No. 43521 (archive [18]). The award was issued by the presidential decree on November 23, 2015. 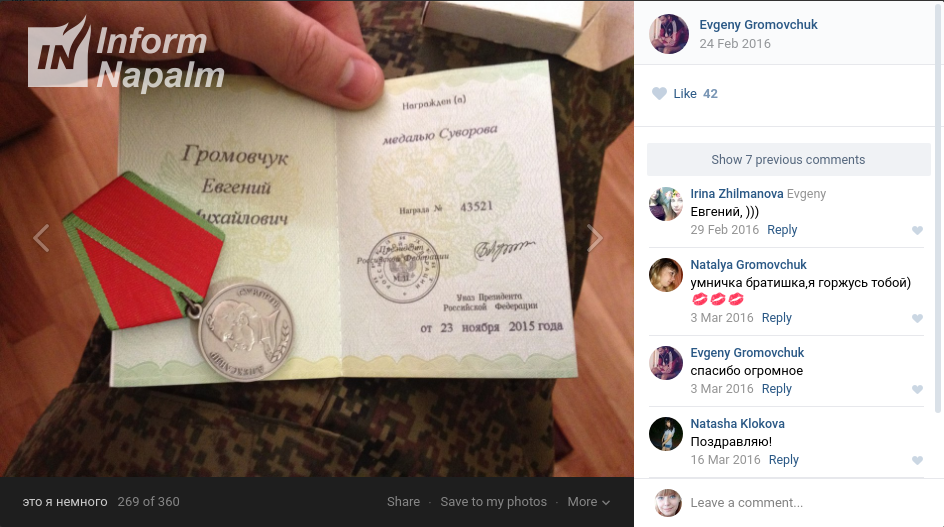 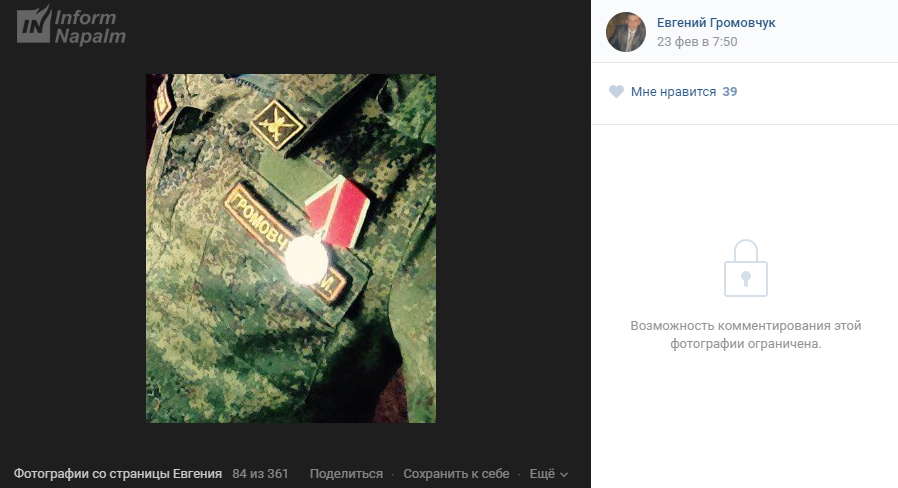 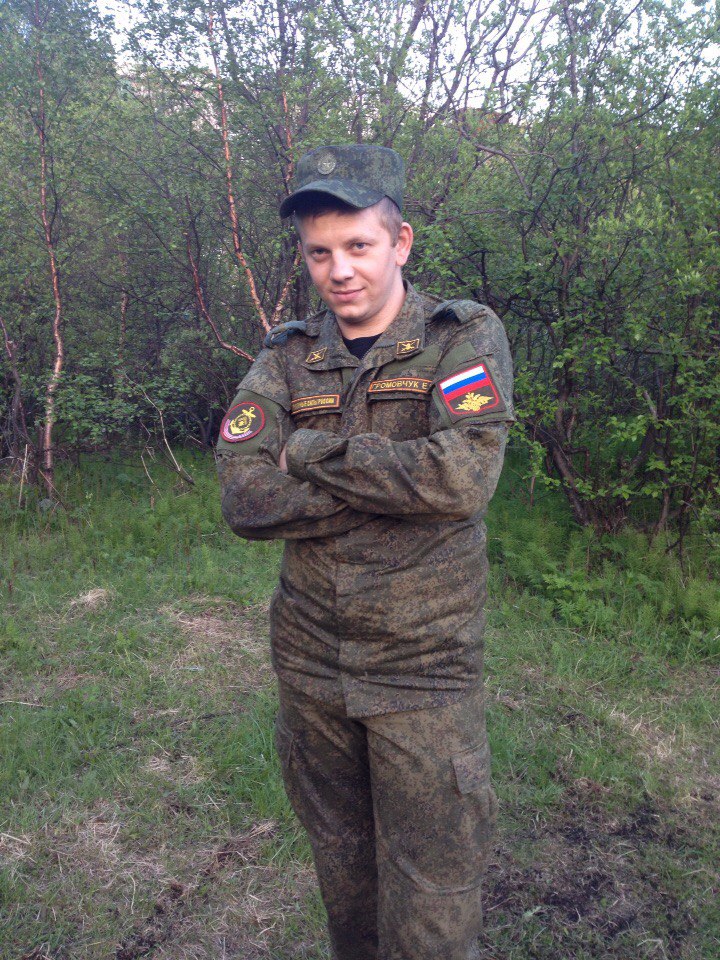 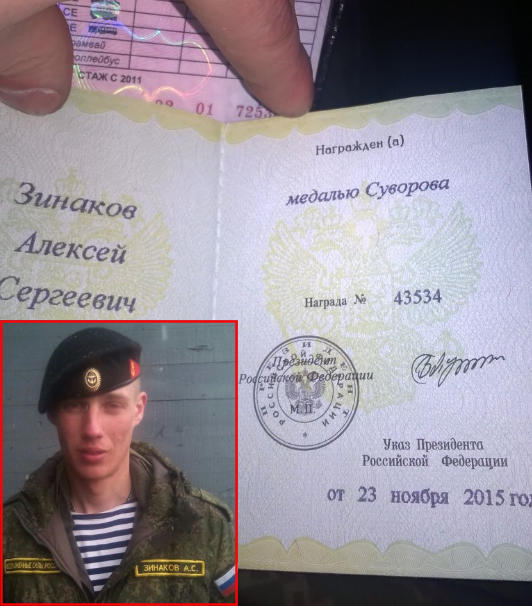 Once again, based on real facts and compelling evidence, the participation of regular Russian servicemen in aggression against Ukraine was confirmed. Judging by the photos of the award certificates that were issued by the President Decree, it is obvious that the aggression is extensive.

The magnitude of this aggression is also confirmed by the InformNapalm investigation databases. In three years, more than 1,000 investigations have been carried out which recorded more than 190 cases of spotting Russian servicemen from 82 units of the Russian military (database [20]).

This publication was prepared by Mikhail Kuznetsov [22] and Viktor Gennadiev specially for InformNapalm [23].  Translated by Andrii Gryganskyi, edited by Svitlana Kemblowski

An active link to the authors and our project is obligatory for any reprint or further public use of the material.
(Creative Commons — Attribution 4.0 International — CC BY 4.0 [24])
Repost and share with friends.
For notifications about InformNapalm investigations follow us on Facebook [25] / Twitter [26] / Telegram [27].