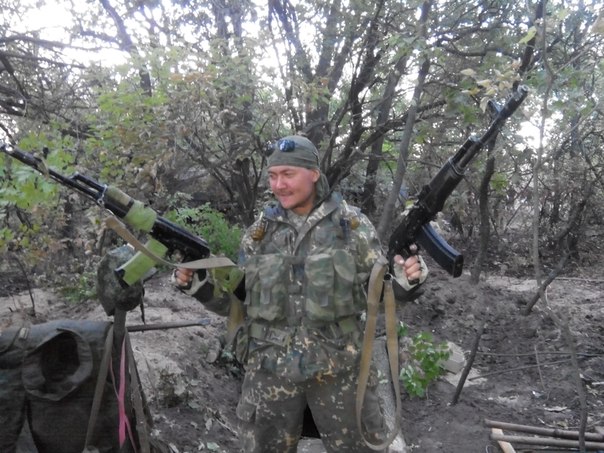 The 23rd separate motorized rifle brigade was spotted in Ukraine one more time. Mass media received the information that the colonel Konstantin Stepanishchev (the brigade commander) lost both his legs, and also the death of captain Sergei Shashkin and five his comrades-in-arms was reported.

We are waiting for the official contradiction of these rumours, but the chances are low, since the 23rd brigade used to enter the Ukrainian territory on a regular basis last summer.

This is Ilfat Rustamovich, a contract soldier of the 23rd brigade, born on June, 17, 1989. Taking into account his relatives with the last name Mubarakzianov we assume that he comes from the city of Novokuybyshevsk, Samara Oblast, Russia. Ilfat holds a post of the R-330B ‘Mandat’ UHF jamming station officer. 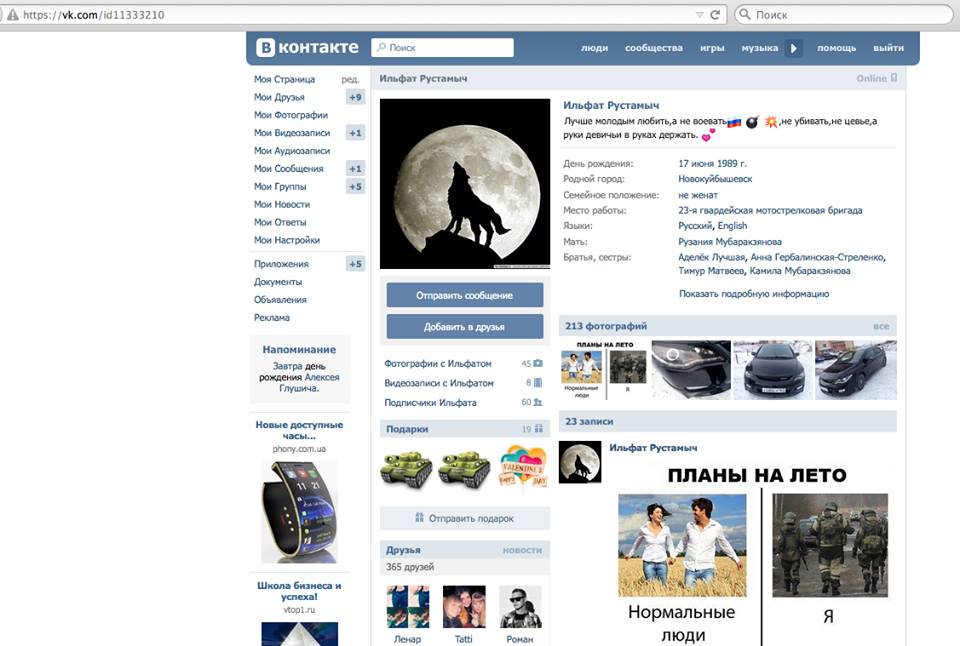 He also served in the 94th elite division which specialized in guarding important state objects and special cargoes (Russian internal troops, military unit No. 3450) and in the 46th separate special forces brigade (military unit No. 6780, Republic of Chechnya, Russia). In short words – he is a typical career officer (archive [5]).

Ilfat uploaded a picture of himself with the vehicles of the 15th brigade in background and the comment “Arrived” on July, 8, 2014.

In July-August he made a picture in front of a Russian army helicopter, wearing a uniform, but on September, 3, another photo from some Ukrainian town was uploaded with the shop-signs in Ukrainian: 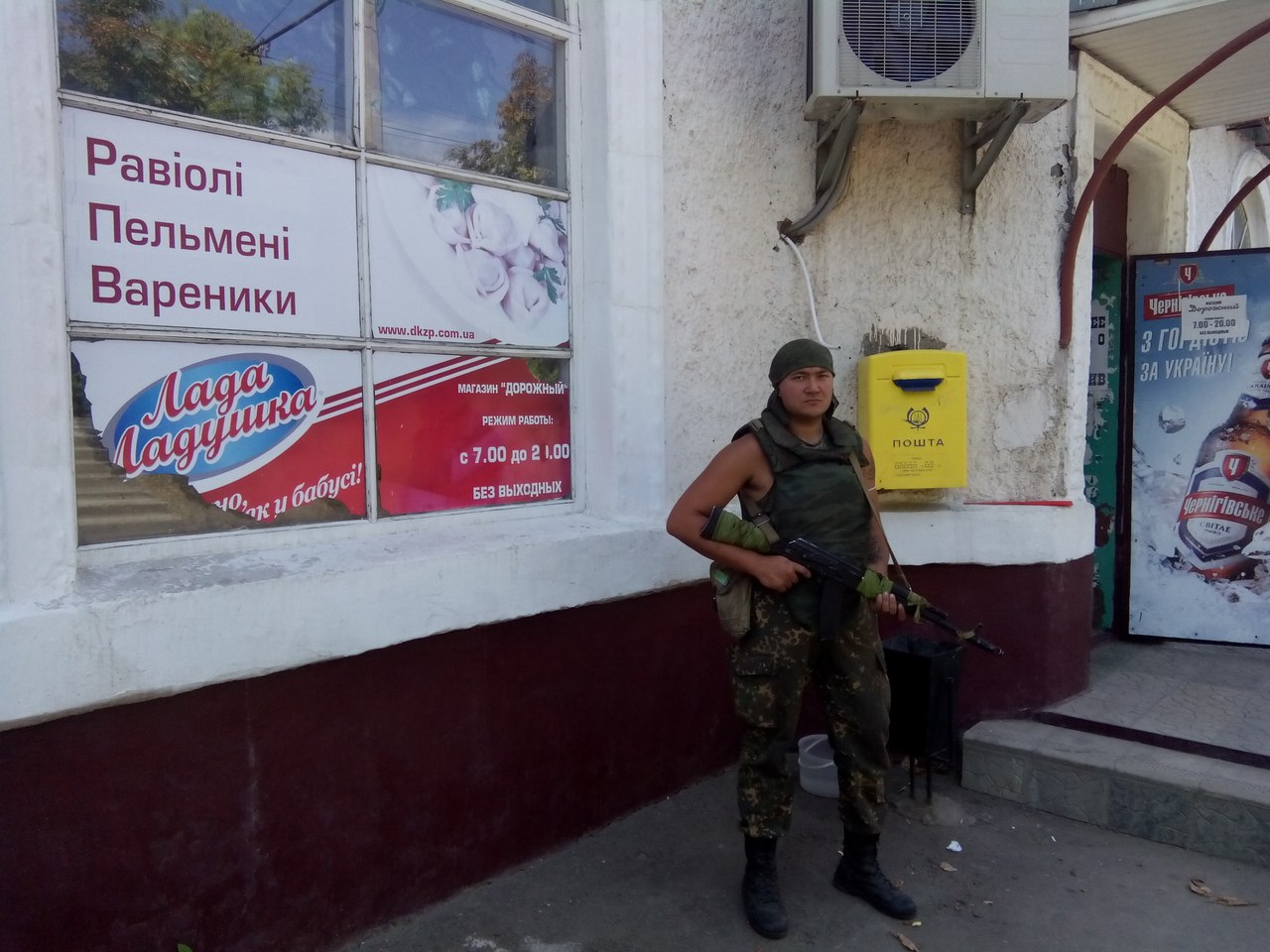 Next we have several pictures in front of the Vicotec electronic store in the town of Krasnodon, Kotova street, 30 (compare [9]). And, as any other occupant, he picked a shop-sign with an underlying message: “You are always welcome”. 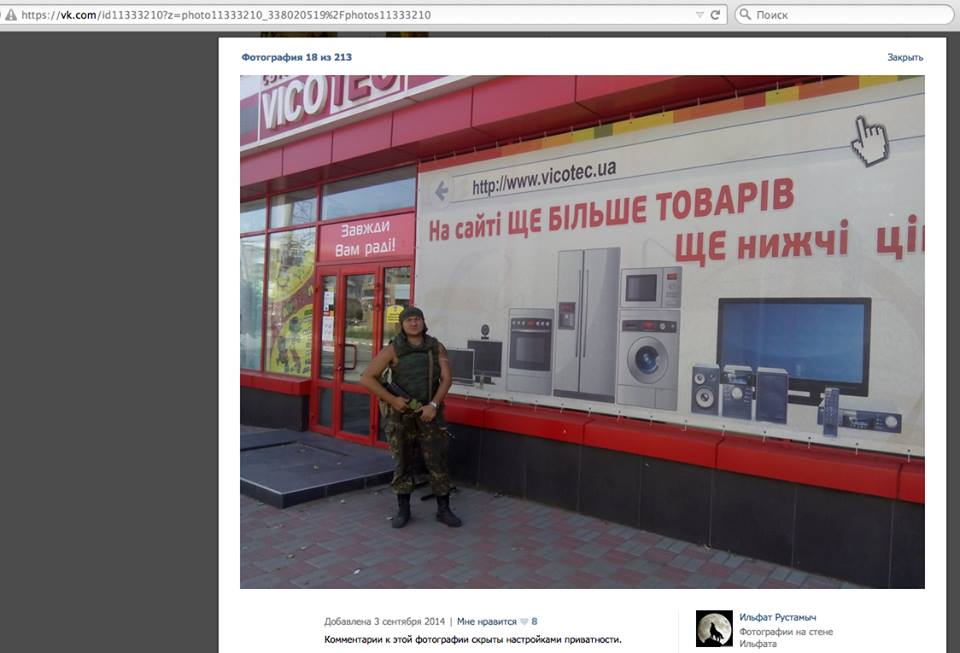 No, Mr. Mubarakzyanov, you are not welcome!

And, to leave no doubts, he took a picture in front of a stela with the Ukrainian flag and Krasnodon town arms: 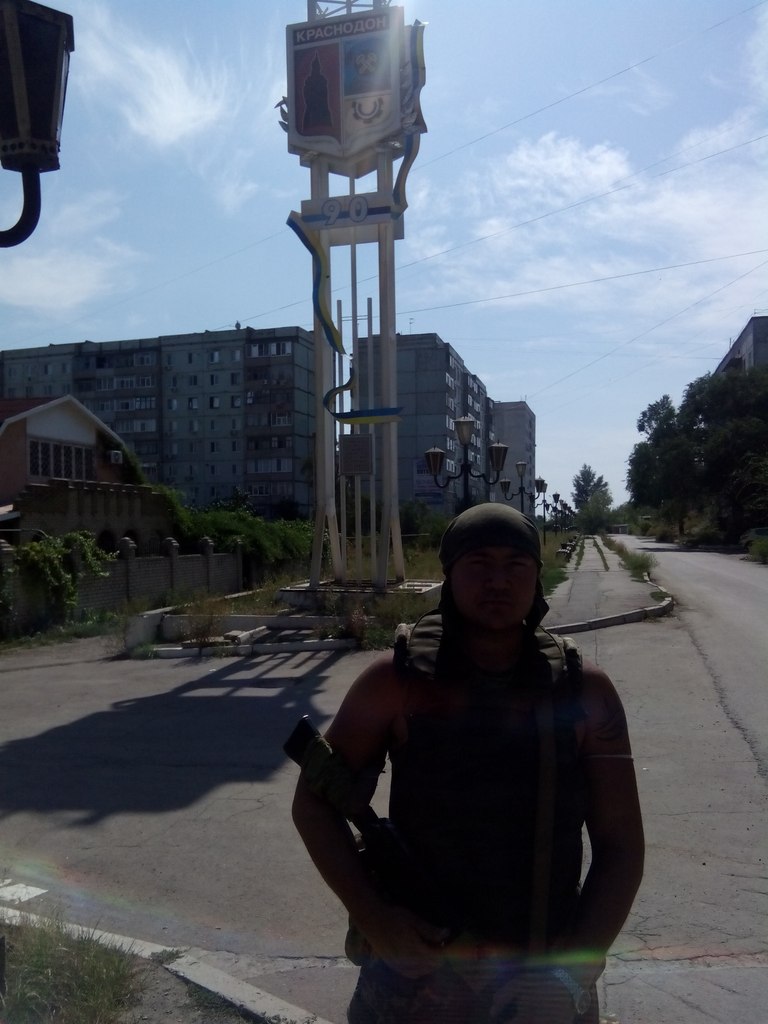 All this happened 20-30 km deep in the Ukrainian territory. After that he continued taking pictures in the fields wearing Russian uniform.

Mr. Mubarakzyanov from the 23rd brigade is luckier than his commander Stepanishchev so far – he has returned to Russia on his feet.