OSINT experts from the international volunteer group InformNapalm continue monitoring the deployment of Russian military units along the full length of the border between Russia and Ukraine. The large scale militarization of the borderland areas near Ukraine carries a threat not only to Ukraine, but also to our Western neighbors. We dedicate this publication to the 75th anniversary of the Nazi attack on the Soviet Union. Just like then, today we are experiencing a foreign aggression, coming this time from the “brotherly” nation of Putin’s Russia.

For about two weeks the international informational space was emotionally reacting to the beginning of the build-out [1]  of a number of military bases close to the Ukrainian border. Some have, for the first time, heard about a town in Bryansk Oblast called Klintsy and are now carefully figuring out the distance from it to Chernihiv (Chernihiv Oblast, Ukraine) and Gomel (Gomel Oblast, Belarus). Others have started talking about another base [2]being built in Valuyki (Belgorod Oblast), relatively close to the Ukrainian city of Kharkiv , claiming to have exclusive information from anonymous sources. The focus is not even on the buildup itself, because this fact has been known since the fall of 2015 (thanks to the Russian Defense Ministry contract RFPs), but on the deployment of the 23rd Separate Motor Rifle Brigade from Samara.

Note that InformNapalm reported [3] about this deployment   as early as in January 2016, noting that servicemen of this unit celebrated New Year in barracks on the territory of the base. We do not care for sensational reporting, we just share the information we obtain in the result of OSINT investigations.

At this time the new base of the 23rd Separate Motorized Rifle Brigade (military unit 65349 based in Samara, Central Military District; military unit 34670 based in Valuyki, Western Military District) is located on the territory of the airfield in the town of Valuyki, Belgorod Oblast. Meanwhile, the permanent facilities of the base are being constructed by the workers of “Spetsstroy” [“Federal Agency for Special Construction”] under the contract with the Ministry of Defense just outside Valuyki, in the Soloti village (coordinates [4]  ) 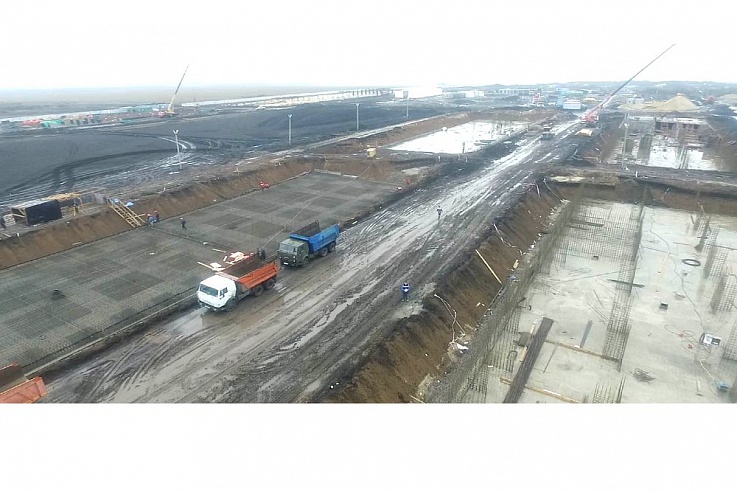 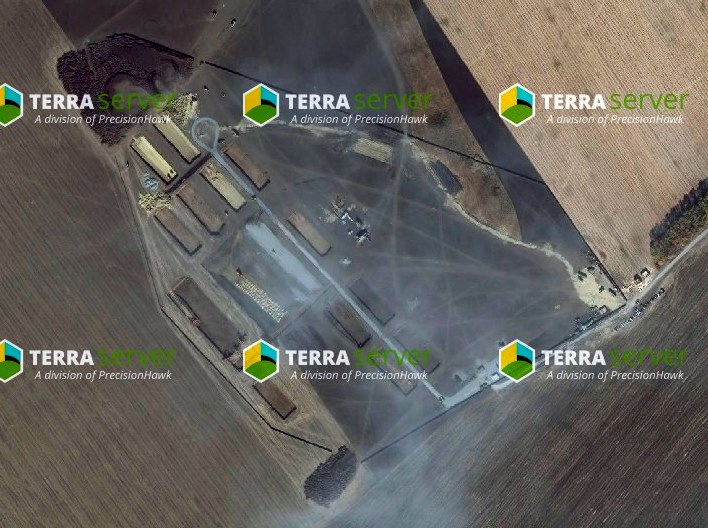 In February 2016 this agency delivered temporary housing for the military personnel: more than 200 modular trailers with the capacity for a thousand people [5] . Meanwhile, a new garrison town in Belgorod Oblast for the military unit from Samara is planned to be delivered in the coming November.

With the help of satellite photos we can estimate the size of the garrison town for the 23rd Separate Motor Rifle Brigade in Valuyki as of October 2015. For example, we can clearly see the already familiar buildings of the APL-500 type [6] , used in Kadamovsky and Kuzminsky garrisons. 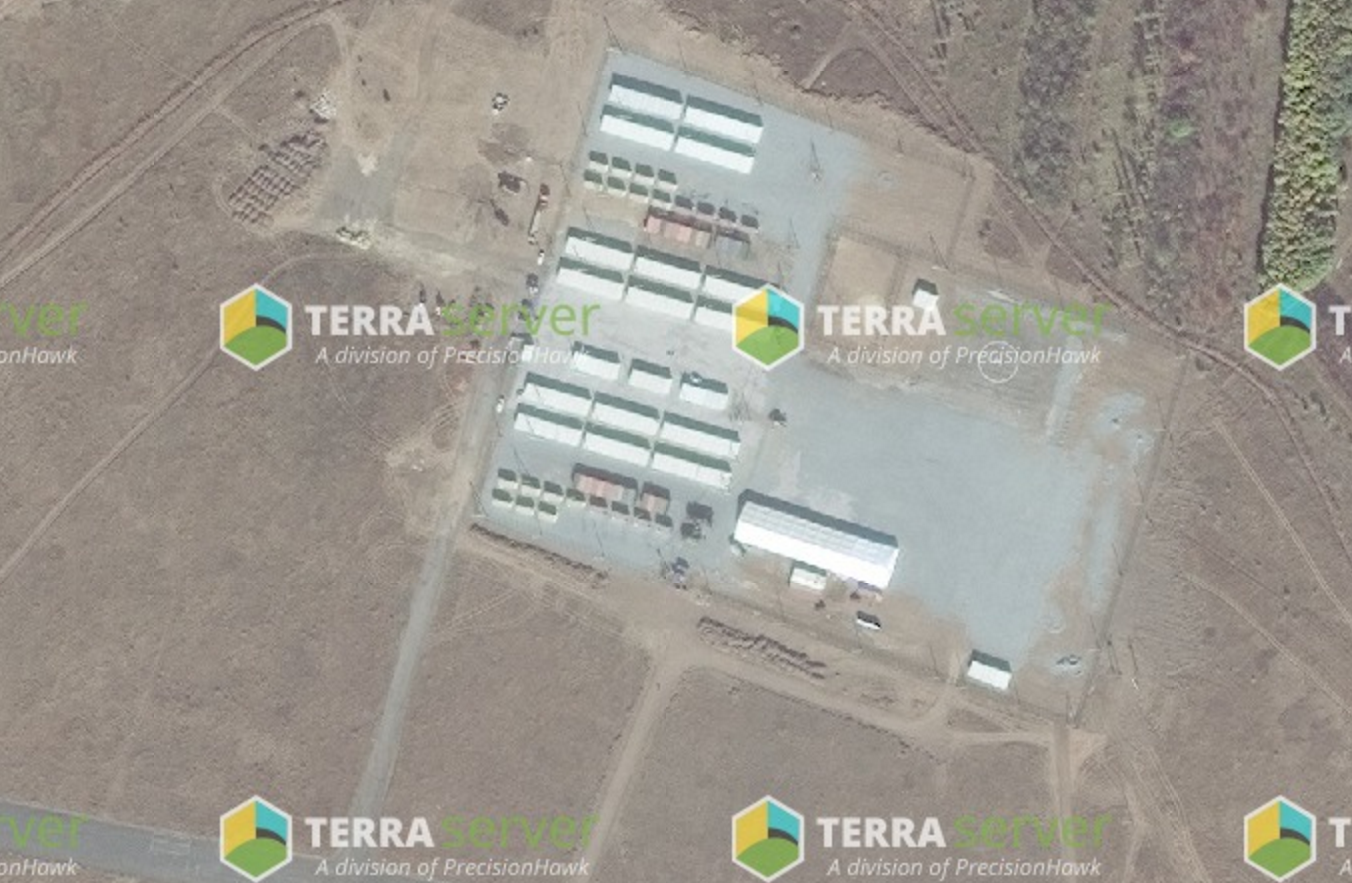 Gradually, with the arrival of more servicemen from Samara, the territory of the garrison grew through the installation of temporary tents. (archives 1 [7], 2 [8], 3 [9])  [7] 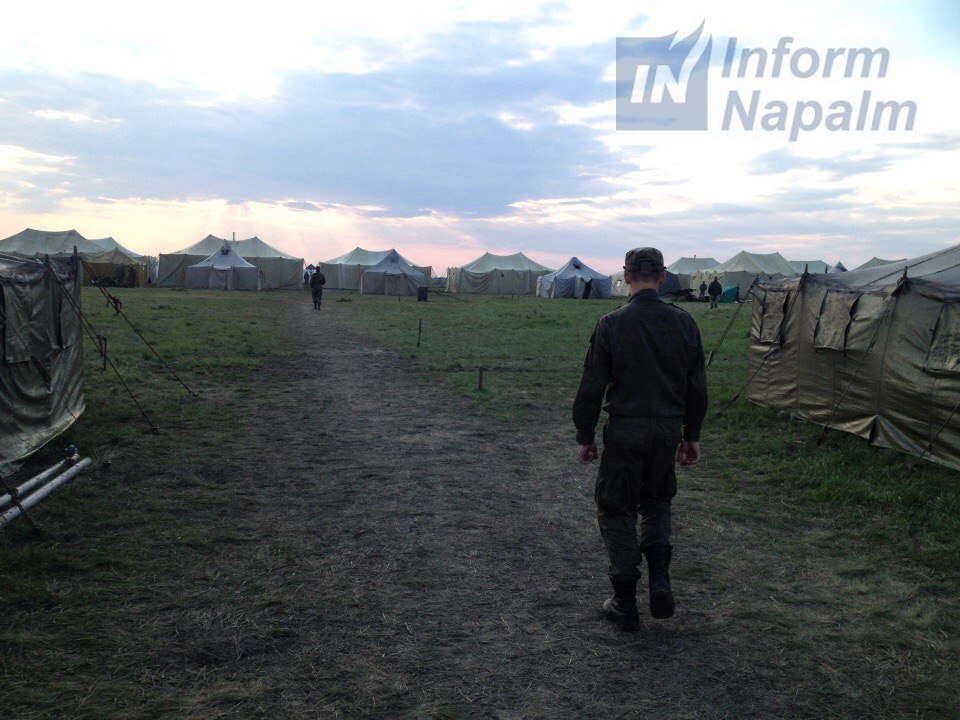 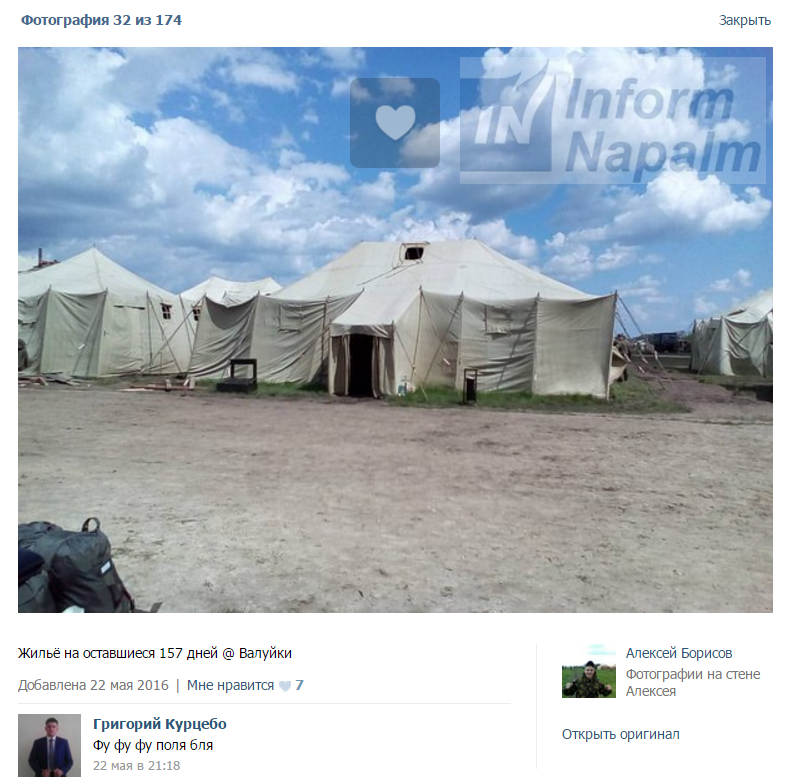 The relocation of the 23rd Separate Motorized Rifle Brigade to Valuyki is not a secret: on February 23, 2016 there was a parade in the central square of the town with an exhibition performance by the scouts [10]  of the unit and with personal participation of the acting commander of the 23rd Guards Separate Motor Rifle Brigade (military unit 65349) Colonel Sergey Kazachkov  [11] 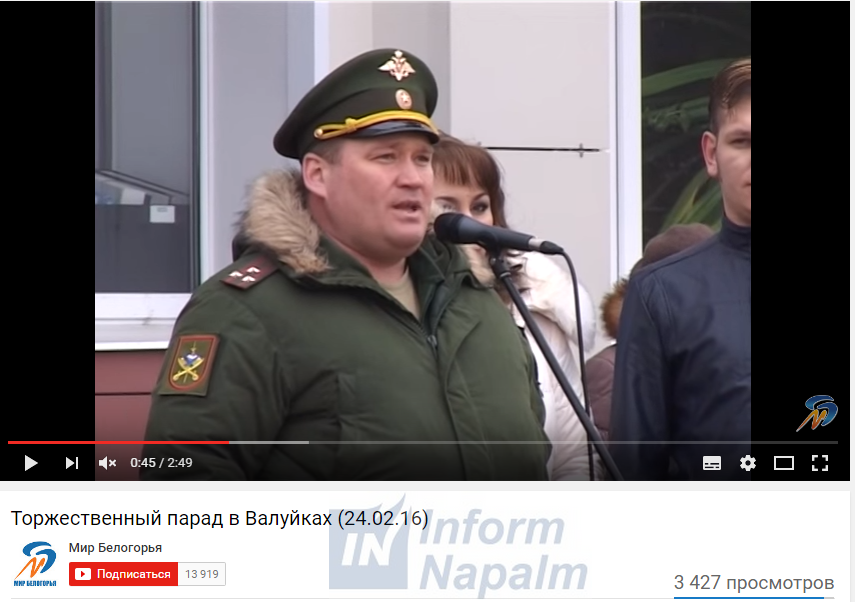 Besides the brigade commander Kazachkov, the award certificates issued to servicemen of the military unit 65349 in Valuyki list the commander of the 1st battalion tactical group Lieutenant Colonel A. Negara [12]  [13] 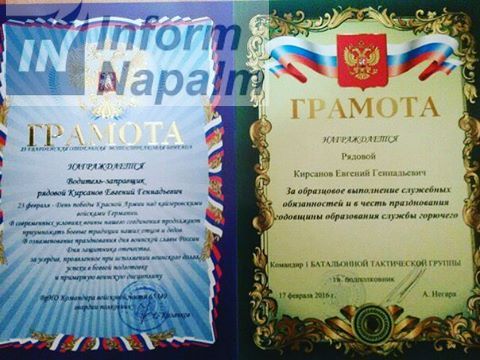 Note that the terms battalion tactical group (BTG) and company tactical group (CTG) are well known from the context of “Rostov-Ukrainian trips”. Those are independent combined mobile groups, included into motorized rifle units, enforced by a tank company or platoon, combined artillery battalion or battery including both cannon and rocket artillery, tactical air defense together with reconnaissance units and other supplemental units. Since the beginning of the active phase of war in Donbas (spring 2014) we have been monitoring dozens of BTGs and CTGs, mostly in Rostov Oblast (in addition to Belgorod and Voronezh Oblasts). Some of those units were used in military operations in Donbas.

The equipment grounds of the 23rd Separate Motorized Rifle Brigade are located near the camp [14] . The picture provided shows dozens of KAMAZ trucks of different modifications, including tent and special machines. 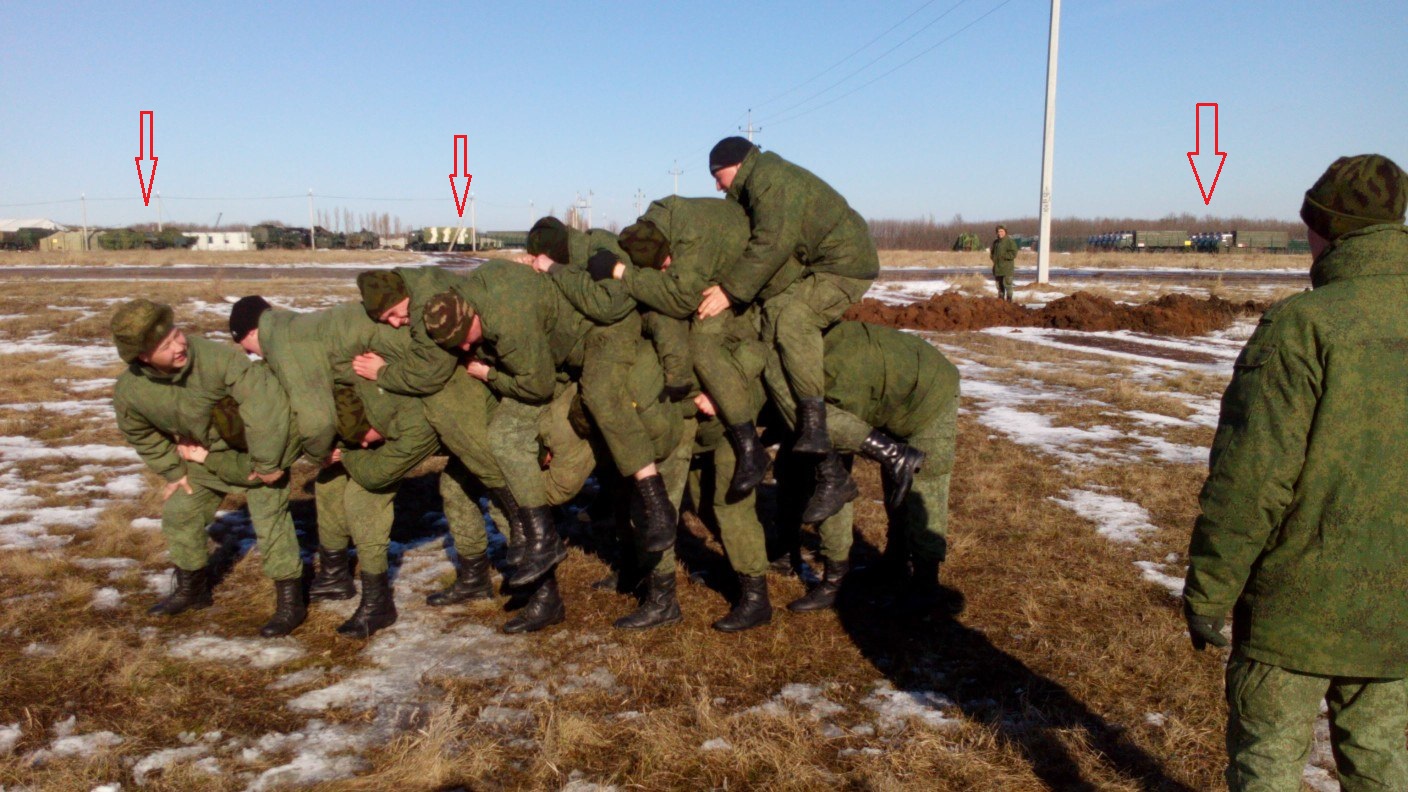 Here is the list of equipment and armament stationed on the territory of the Valuyki landing field: 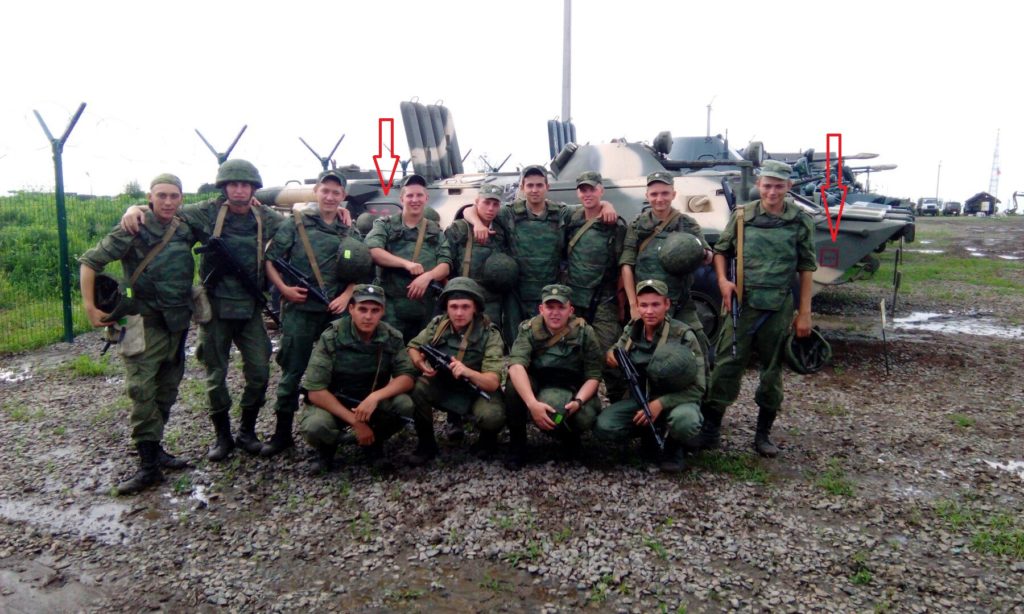 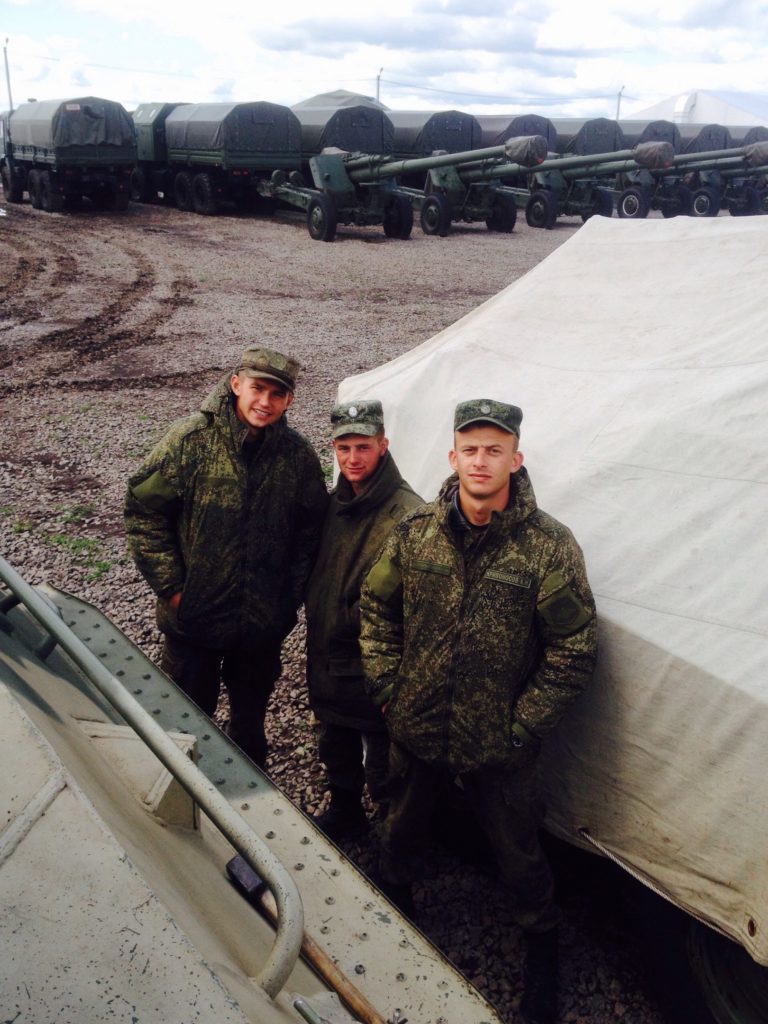 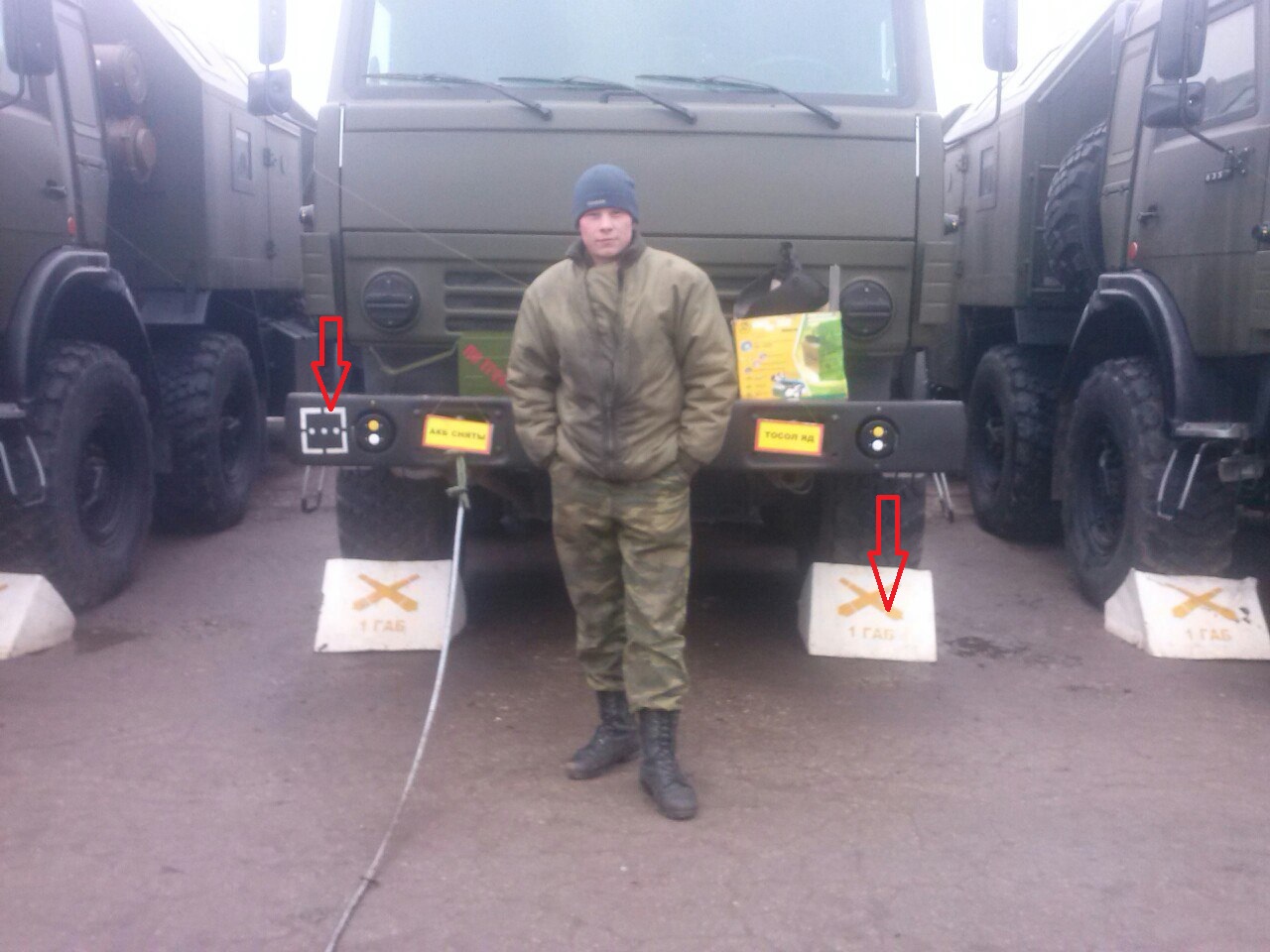 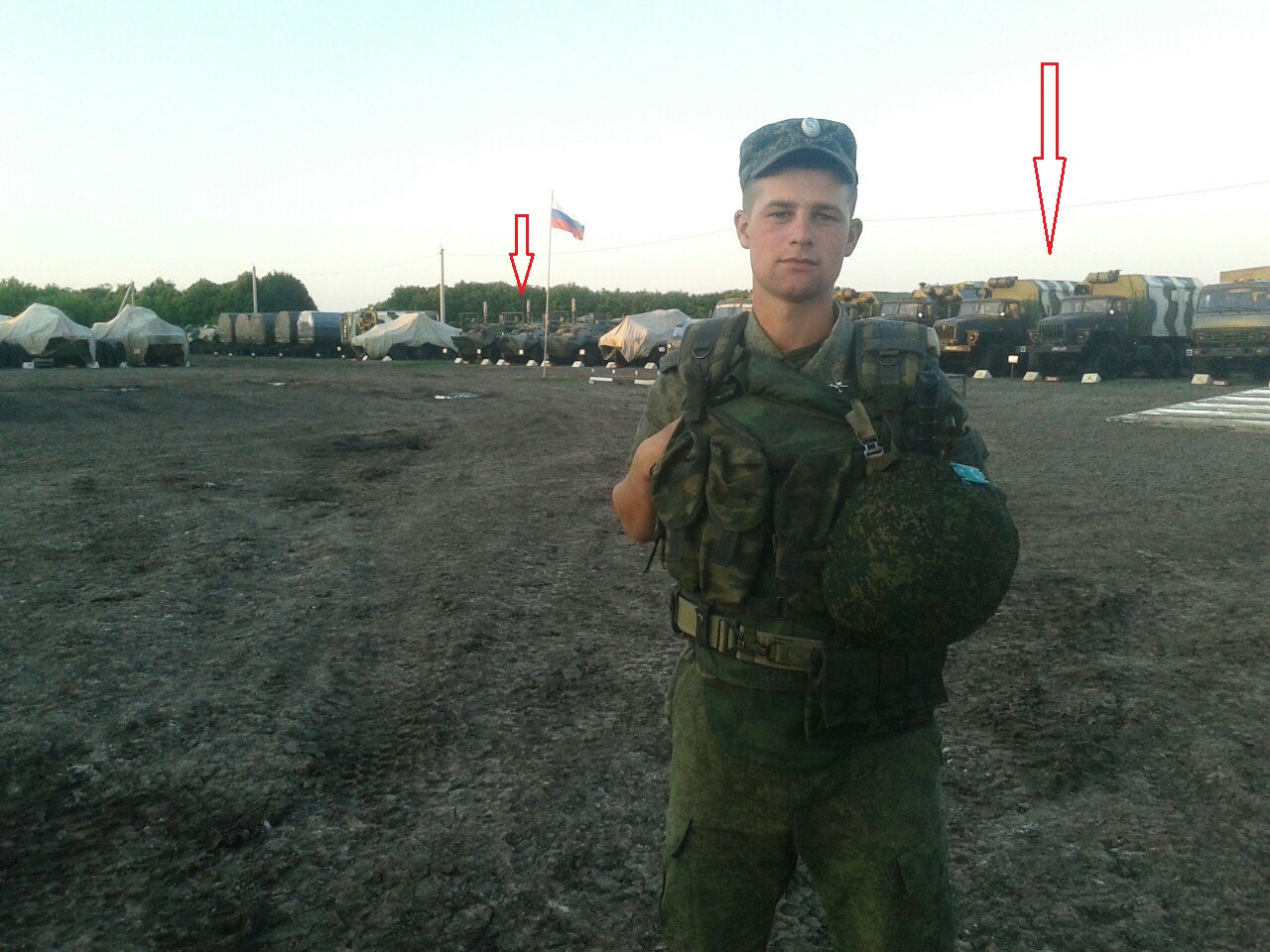 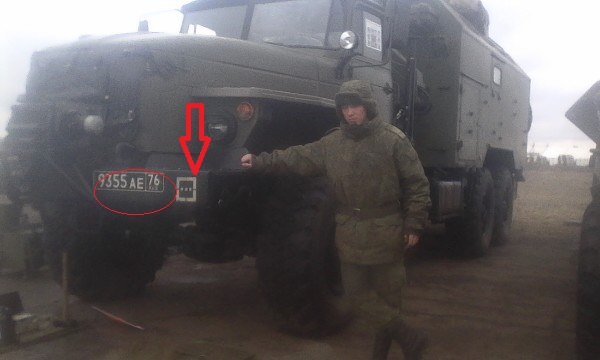 Near the camp of the brigade that has been newly “teleported” to the Western Military District, a firing ground [28]  is being built. It is going to be used for tactical training, firing practice, and other disciplines of military personnel training.

In early June 2016 we registered the deployment of air defense units, which include 9K33 Osa tactical surface-to-air missile systems [29]. We also observed something that is likely to be a unit from the reconnaissance battalion. They were first noticed in Valuyki while unloading and then on the territory of the military base. The arrival of the first trains delivering the armament and equipment of the 23rd Separate Motorized Rifle Brigade (archives  1 [30], 2 [31]) was observed in May [32]2016 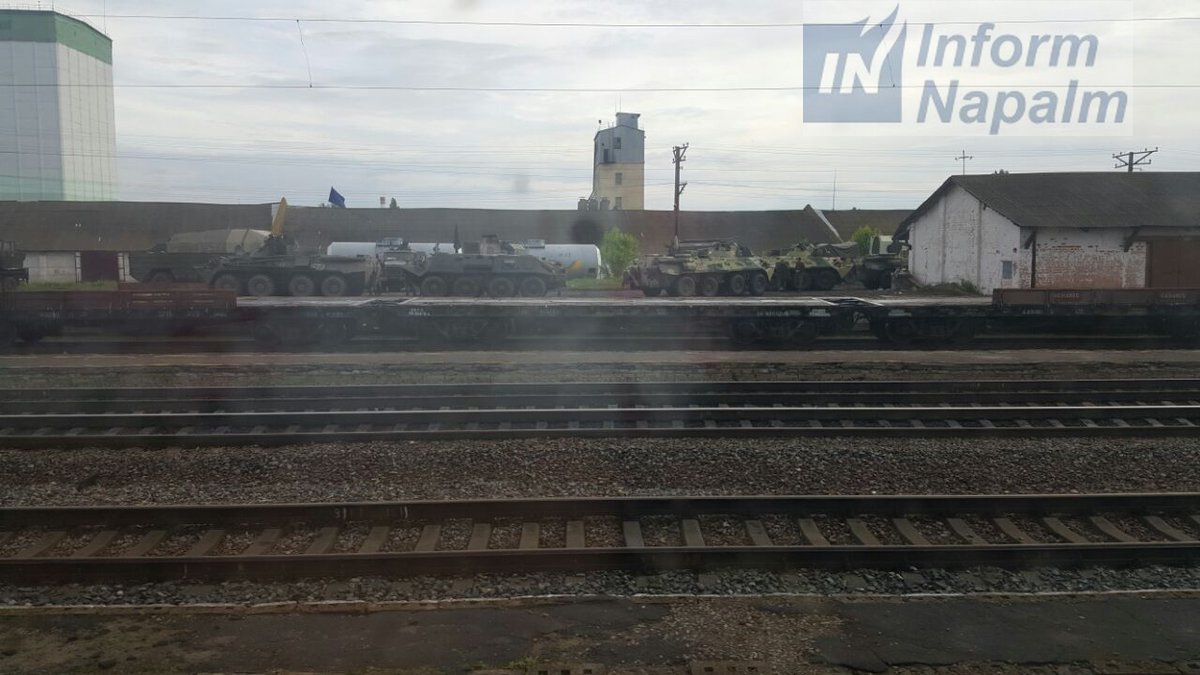 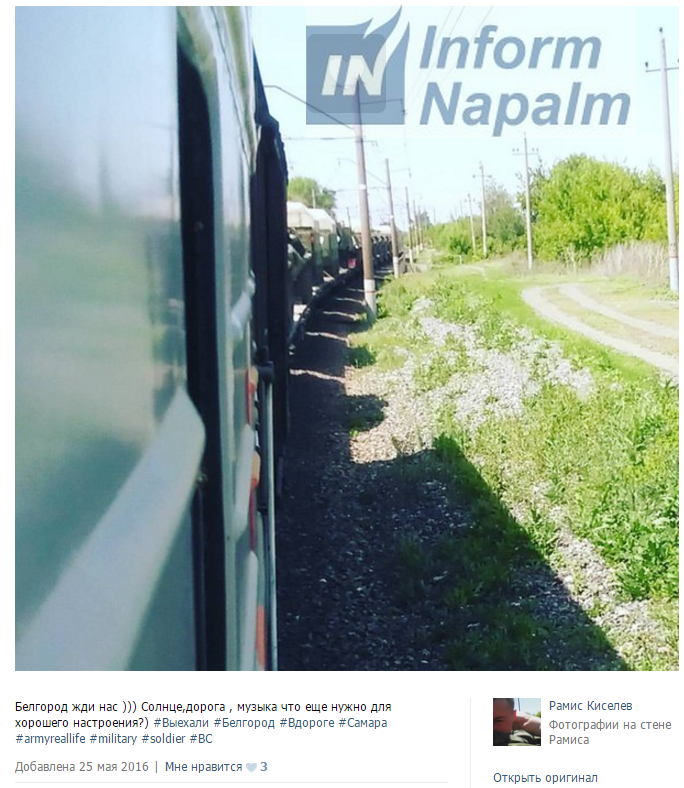 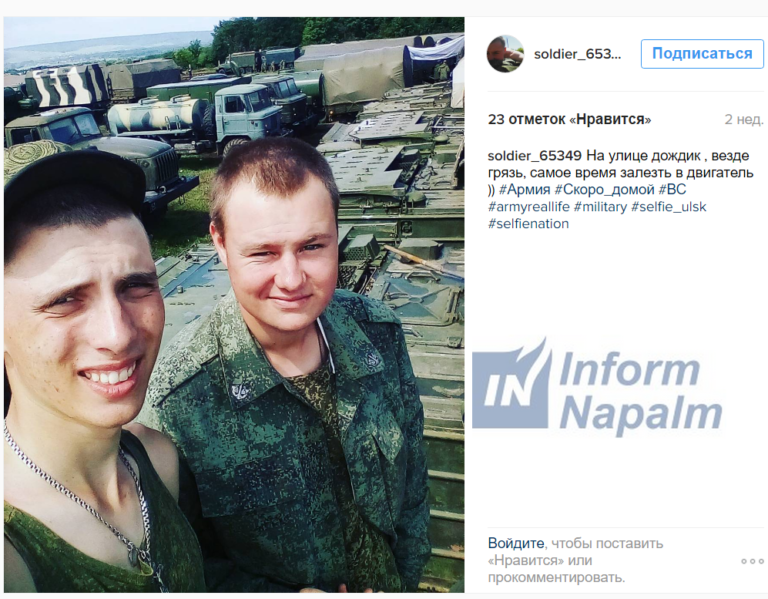 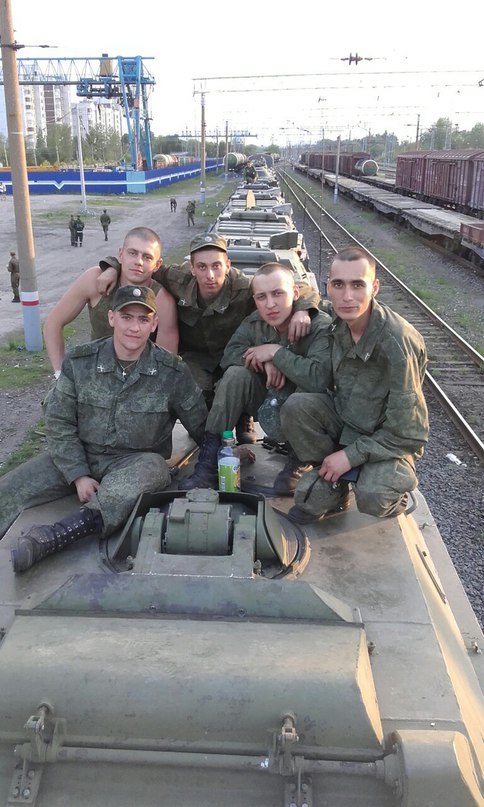 According to our estimates, by this time Russia has relocated about 30 to 40 percent of the 23rd Separate Motor Rifle Brigade’s personnel to Valuyki. Among the relocated units we saw infantry, reconnaissance, some artillery and air defense units together with command and logistics of this military formation.

As a bonus for readers we provide a short video which shows a mishap with the air defense unit serviceman from the 23rd Separate Motorized Rifle Brigade, who was relocated to Valuyki and who was taking a standard qualification test.

N.B. 23rd Separate Motorized Rifle Brigade, military unit 34670 [33] (originally based in the town of Samara, Central military district, now being relocated gradually to the town of Valuyki and the village of Soloti, Belgorod Oblast. The relocation is planned to end in late 2016. The former unit number is 65349, the city of Samara).

[36]ared for InformNapalm.org [37] site, an active link to the authors and our project is obligatory for any reprint or further use of the material.