Volunteers of the InformNapalm international community, in their monitoring of the pages of Russian military personnel, have discovered important facts of the participation of the 758 Material Supply Center (MSC) servicemen of the Russian Black Sea Fleet in the operation to seize the Crimea. The names of the personnel have been determined. These results will be used to update the database of units and officials who could be charged with a crime committed against Ukraine.

The role of supply units in the operation of seizing the Crimea was significant because they provide technical and logistical support to all branches of Russian military. For example, in order to accomplish a combat mission, all ships, both surface and submarines, require fuel and lubricants, missiles, ammunition, food, fresh water, and all other necessities.

× This military unit has never been named in the list [1] of Russian Army units involved in the seizure of the Crimea, so in addition to publishing the collected data we also appeal to the law enforcement agencies of Ukraine.

We mentioned this unit in November of last year in a publication [2] about the soldiers of the 99th Logistic Brigade (military unit 72153, Maikop, Republic of Adygea, Russia). They published photos taken at the Fuel Transfer Base of the 758th MSC (1 [3], 2 [4]). At that time, we had no evidence of participation the 758th MSC servicemen in the aggression against Ukraine. However, recently the necessary evidence was found during our monitoring of social network profiles.

Photo evidence of the participation in the operation of seizing the Crimea was published on a social network page of the Russian soldier Sergey Sergeyevich Danilov, born on July 25, 1991 in Sochi, Krasnodar Krai, Russia. 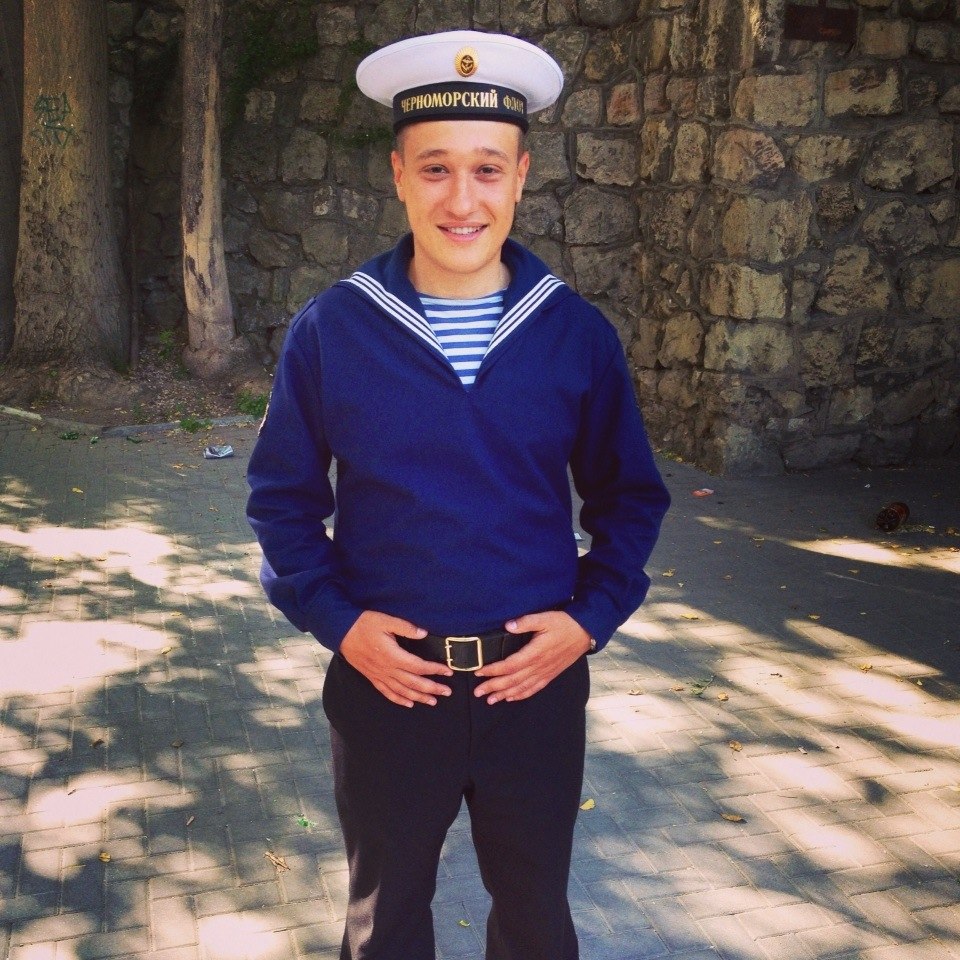 In Danilov’s album there is a photo of the award certificate for the medal for the occupation of the Crimea. The document was signed by the commander of the 758th MSC, Colonel Alexei Nikolayevich Shishechkin: 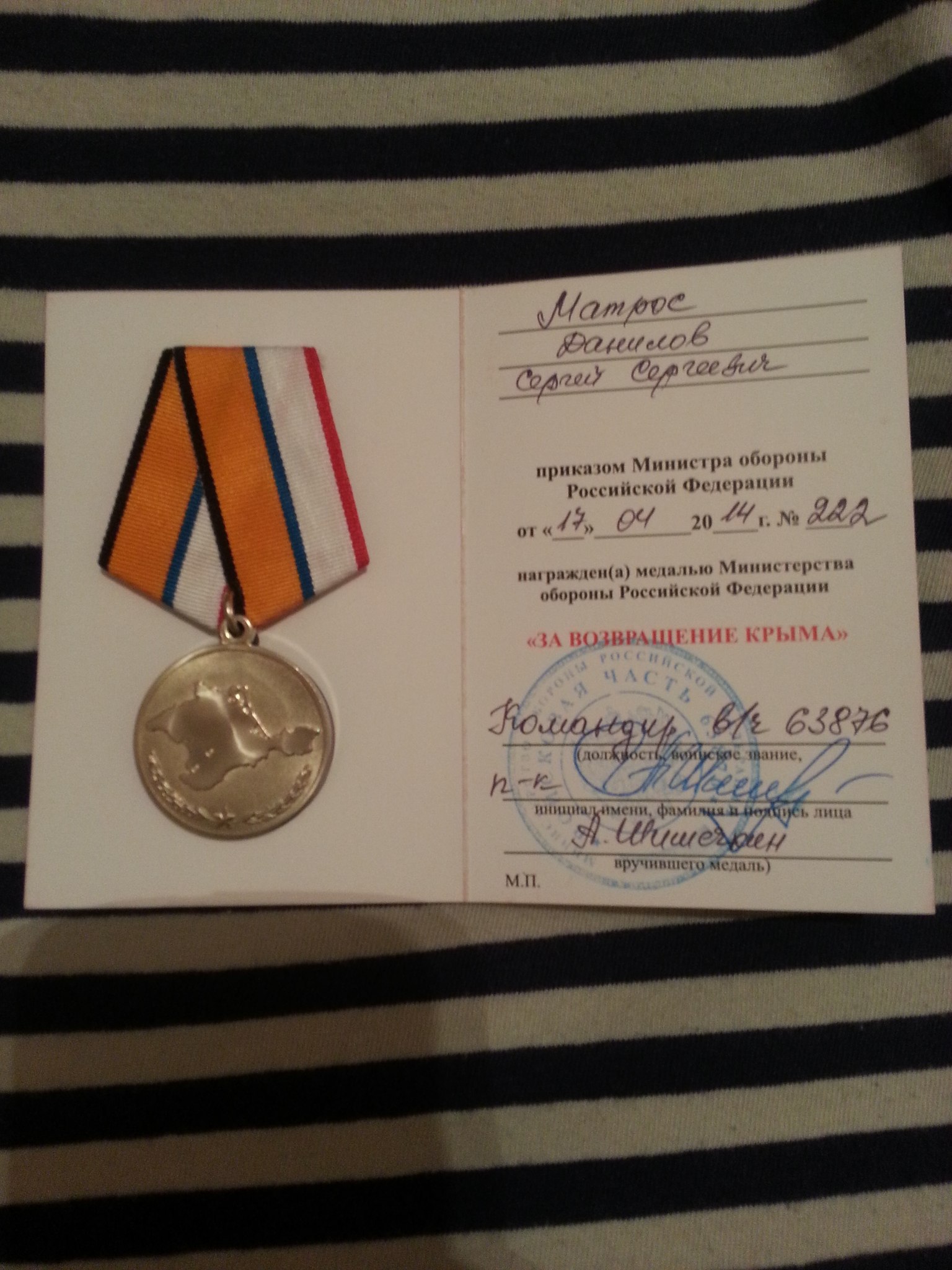 The following photo shows Sergey Danilov and his colleague Vladislav Didenko, both with medals for the occupation of the Crimea: 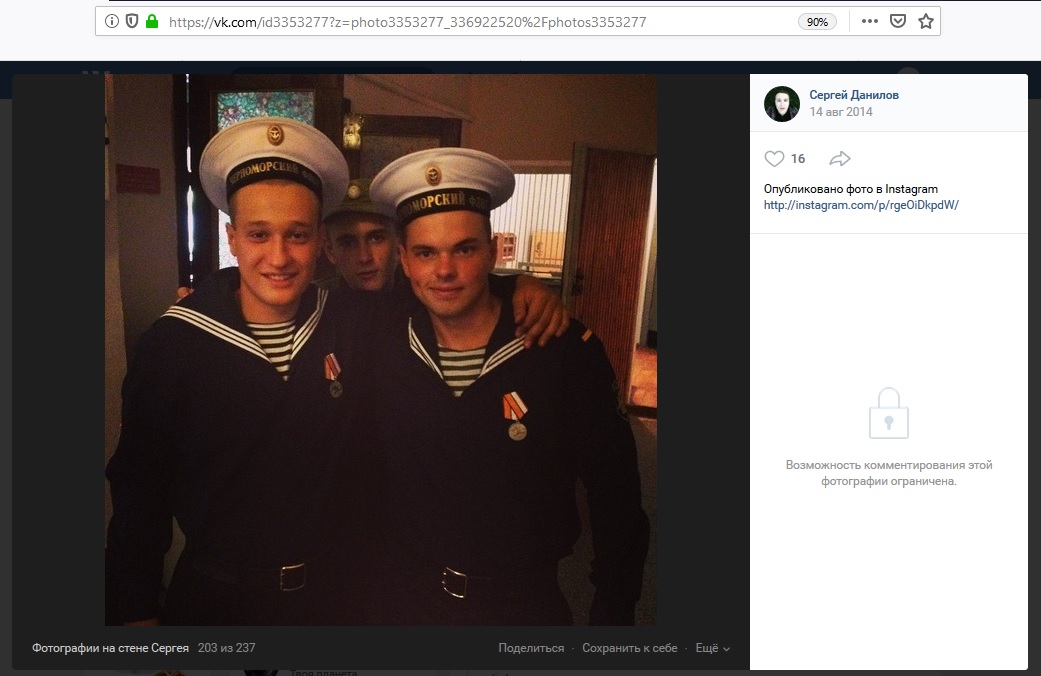 Based on information from social networks, Vladislav Evgeniyevich Didenko is from Volgograd, born September 8, 1991. He graduated from Volgograd State Agrarian University in 2013.

Notably, Didenko did not publish evidence of his participation in the seizure of the Crimea in his social network profile. His crime was revealed Danilov whose album contains many photos taken together with Didenko, including photos with the medals. A photo of Vladislav Didenko with the medal can also be found in the album of his father Evgeniy Didenko: 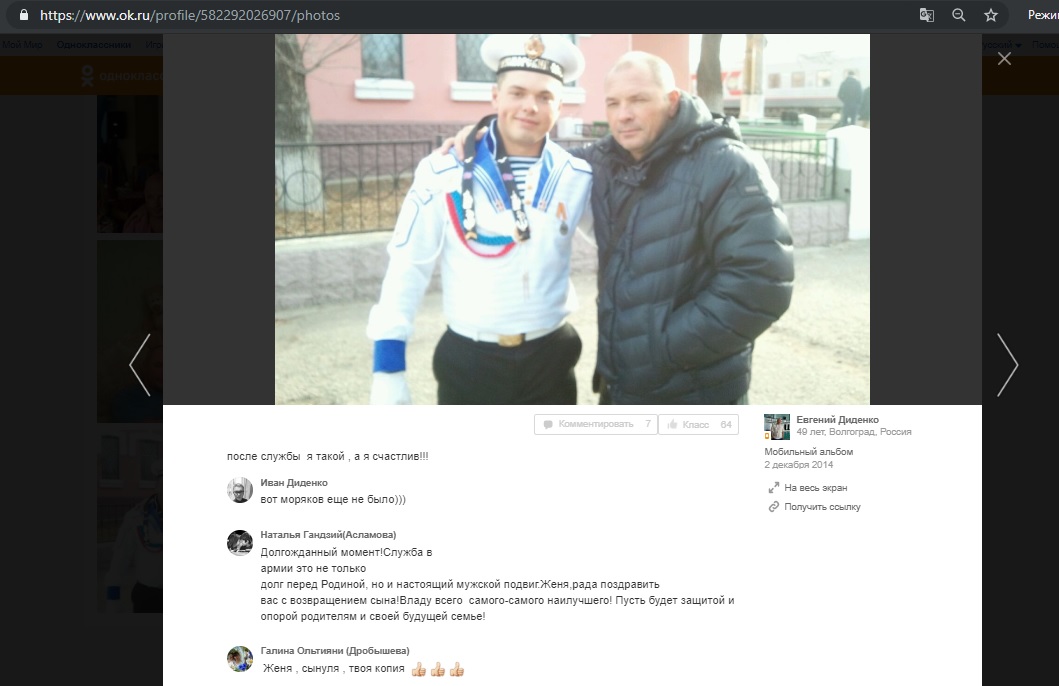 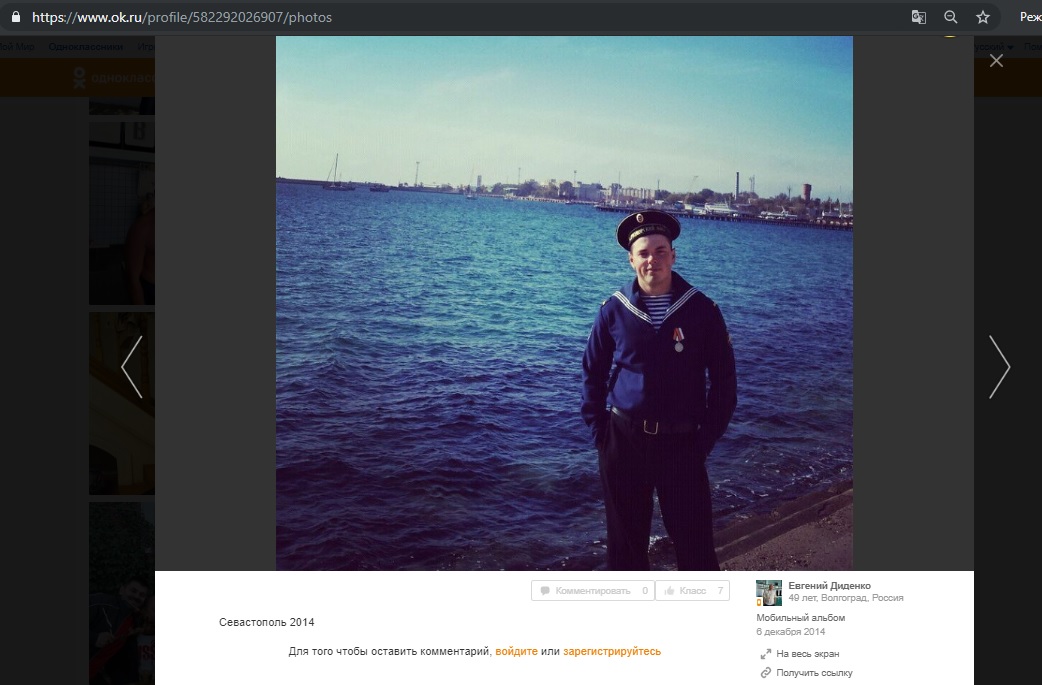 We appeal to the law enforcement organization of Ukraine: 758th MSC center is missing from the list of units [1] of the Russian Armed Forces involved in the seizure of the Crimea, compiled by the Military Prosecutor’s Office of Ukraine. Also, the commander of the military unit 63876, Colonel Alexei Shishechkin, is missing from the list (1, [5] 2 [6], 3 [7]) of military officers of the commanding staff of the Russian Armed Forces and representatives of the authorities charged by the Main Military Prosecutor’s Office of Ukraine. Please consider our investigation as a report on a crime committed against Ukraine, and carry out all the necessary procedural actions.

This publication was prepared specially for InformNapalm.
An active link to the authors and our project is obligatory for any reprint or further public use of the material.
(Creative Commons – Attribution 4.0 International – CC BY 4.0 [9] )
Repost and share with friends. Subscribe to the InformNapalm community pages on Facebook [10] / Twitter. [11]