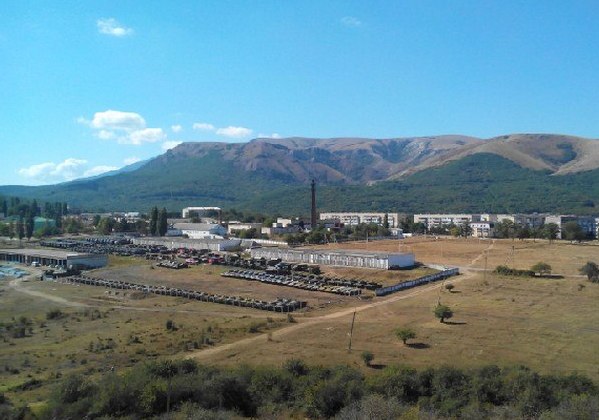 As previously reported, Russian occupants did not hide the deployment of new military units and reinforcement of the military groups in occupied Crimea.

Among the first was the 8th Separate Artillery Regiment of the Coastal Defense Forces of the Black Sea Fleet, military unit number [Russian: ‘в/ч’ for ‘voinskaya chast’] 87714, stationed in Simferopol. There are a lot of traitors in the artillery regiment who previously served in the 406th artillery group of the Ukrainian Navy, including its commander, colonel Dmitriy Kozachenko.  On November 19, a day when the unit got a new Russian military banner, he made a rather cynical statement: “Combat regiment banner is a symbol of military honor, valor and glory.”

Back in September of 2014, we made an attempt to clarify the situation with the newly formed regiment [1]. Since then, some new details have emerged that differed from the official Russian version.

In particular, according to the Russian information, the unit consists of three divisions and has 700 servicemen and about 60 pieces of weaponry:

In reality, we were able to observe the following. There are no Msta-S howitzers in the inventory, but only towed 2A65 Msta-B howitzers. Also, the situation within the rocket division is slightly different: it has two BM-21 Grad batteries with six vehicles in each and one battery of 9P140 MLRS Uragan with four vehicles in it. Currently, most of the personnel and equipment of the Simferopol artillery regiment is concentrated on the new bases of the Crimean occupation forces at the Dzhankoy airport. 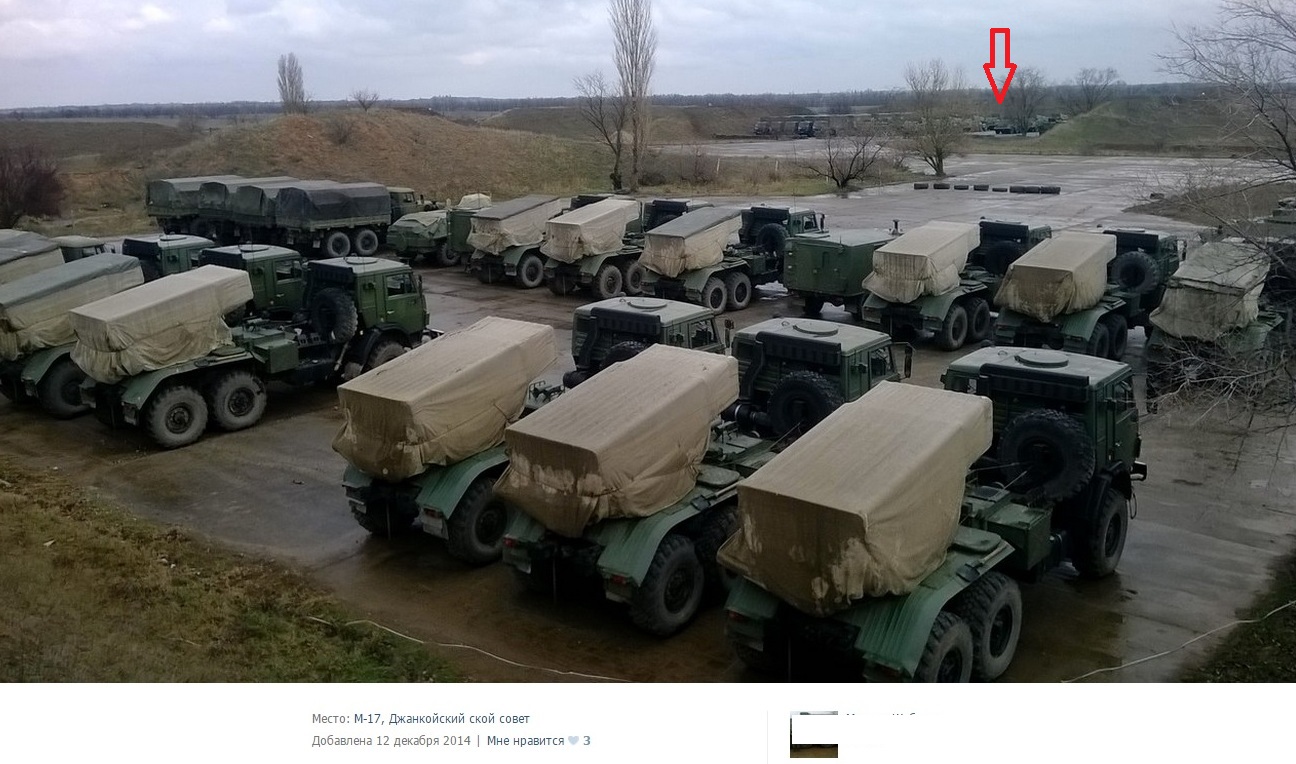 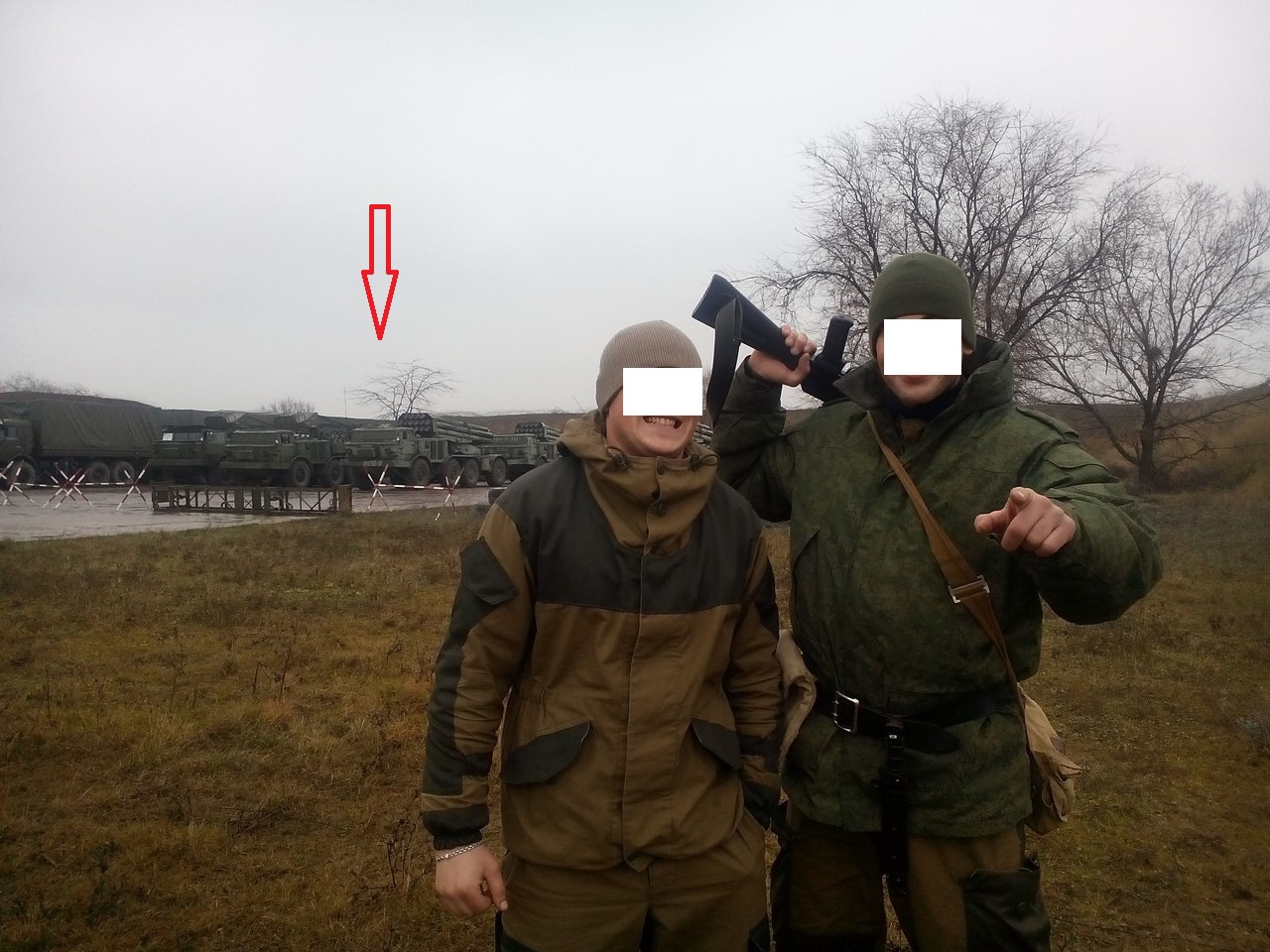 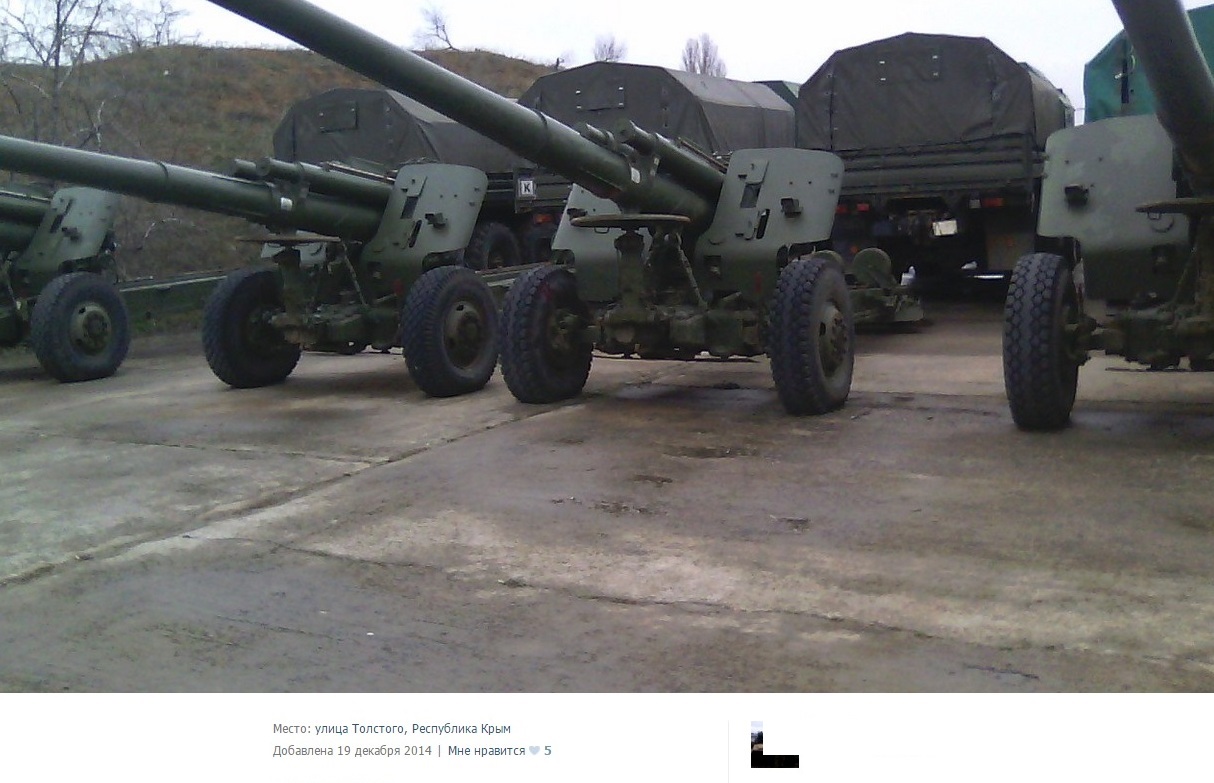 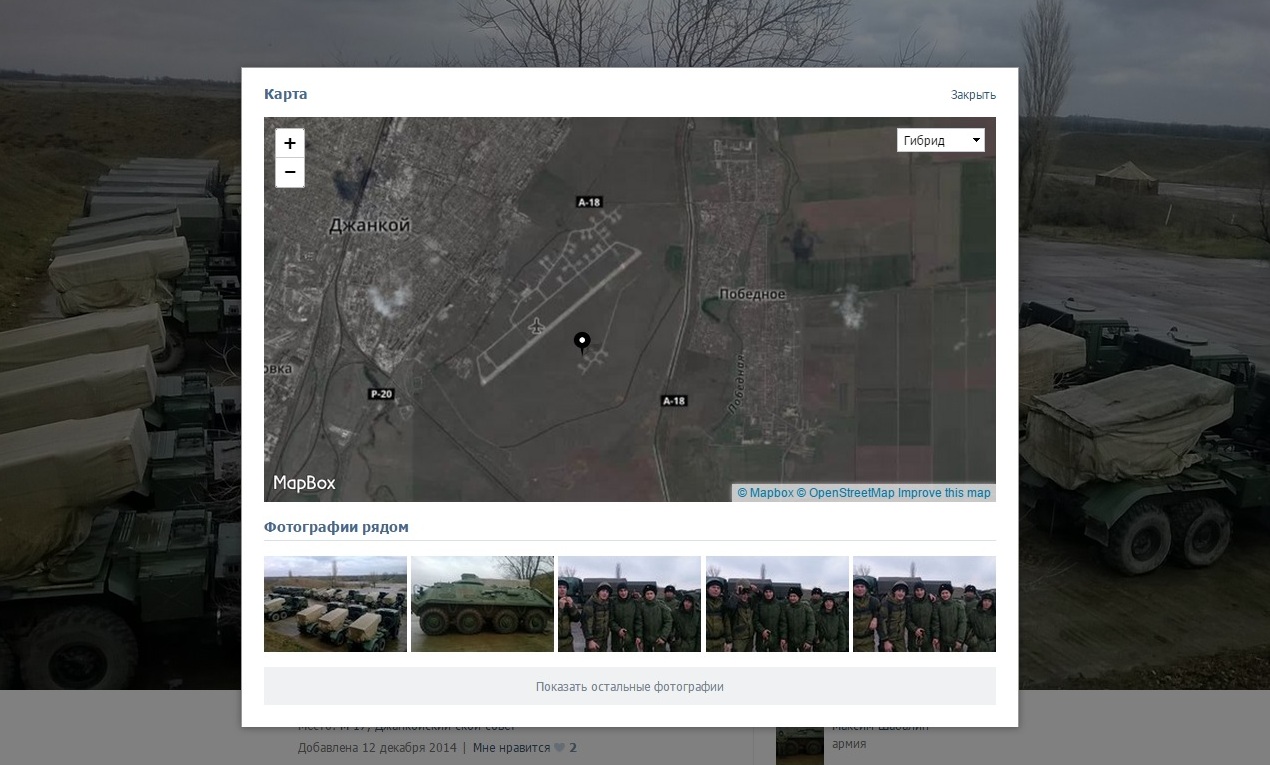 Construction work has started on the site of the currently occupied base of Coastal Defense Brigade of the armed forces of Ukraine in the village of Perevalne, to the South from Simferopol. The old wooden buildings have been demolished. New administrative buildings, housing and parking infrastructure are under construction.  In this location, the 126th Separate Coastal Defense Brigade of the armed forces of the Russian Federation will be stationed. New military equipment, including T-72 tanks, has been transferred to Perevalne already. New troops have been brought here.

The coastal defense forces of the Crimean deployment group of occupation forces, in addition to the 8th Artillery Regiment and the 126th Brigade, also includes the 810th Separate Naval Infantry Brigade in Sevastopol and the 501th Separate Naval Infantry Battalion of Feodosia. The latter was formed from the former servicemen of the 501th and the 1st Naval Infantry Battalions of the Ukrainian Navy. In addition, there are the 1096th Anti-Aircraft Rocket Regiment of the Black Sea Fleet in Sevastopol and several other units: a unit of air defense, an engineer regiment and a regiment of the radiation, chemical and biological protection, as well as a railway battalion in Sevastopol. There are still some units of Russian Southern Military District present in occupied Crimea, which over time will be replaced by troops of the newly-formed Crimean Military Group of the Russian Army.

Air force units in Crimea are getting modern equipment. Anti-aircraft missile and radio engineering troops are expecting new equipment as well. Since the beginning of December 2014 the Russian anti-aircraft defense system has been operating in Crimea. A solid radar field over the peninsula has been created.

In addition to the above, in December of 2014, a so-called Crimean naval base was restored (it existed as a part of the Russian Black Sea Fleet until 1996). The new unit is led by captain 1st rank Yuri Zemskiy, chief of staff is captain of 1st rank Alexey Komarov.

According to the occupants’ plans, the 30th Surface Ships Division of the Black Sea Fleet (commander is captain 1st rank Oleg Krivorog) will get new ships in 2015. In the next 2—3 years, it expects to get new frigates Admiral Grigorovich, Admiral Essen, Admiral Makarov, Admiral Butakov and Admiral Istomin.