The investigative bloggers have tried several times to identify a Russian citizen, commander of the so-called “Spetsnaz of Novorossiya” with the call sign Olkhon. But every time there was a share of doubts in the full reliability of the analysis. OSINT investigators and activists Dmitry Lisunov [1] and Oleh Baturin [2] present their own version of identification of the war criminal Olkhon. Although Olkhon has already left occupied territory of the Donbas and went into business in Moscow, he continues to be a media figure and gives interviews to the notorious propagandist Graham Phillips [3]. The identification of Olkhon may be of interest not only to Ukrainian readers but also to the current puppet leadership of the LPR/DPR, to which Olkhon stands in stiff opposition, like Igor Girkin, criticizing them from a distance.

In November 2016, the Russian newspaper Moskovskij Komsomolets published an article “Safe with a ‘Donbas bomb’: how they store data of volunteers from Russia” [4], in which the authors tried to “patch” information holes. Unwittingly Russian journalists lifted the veil of secrecy over the topic of “vacationers” and Russian mercenaries in the Donbas. The leakage of information from the Union of Donbas Volunteers (UDV) stimulated new investigations. The results of one of them helped to establish the identity of a war criminal, the commander of the so-called “Spetsnaz of Novorossiya”.

Since the beginning of the Russian military aggression, this military unit has become known not only b because of the collection of financial assistance from Russians to support terrorist activities in Ukraine, recruitment and training of the recruited militants, but also for their numerous crimes against humanity. Olkhon’s militants were implicated in looting and torture of civilians in the occupied part of the Donbas. A year ago, a video was posted on the Internet showing Olkhon beating to death Alexei Frumkin, a resident of the village of Kommunar in Donetsk Oblast, who disappeared at the end of 2014.

It was not possible to establish the identity of Olkhon reliably until very recently.The militant carefully kept his name secret, appearing in public only in a mask. Site Myrotvorets posted Olkhon’s photo and information but the name was incorrect.

Additional investigation and clarification of the information, it was established that the Russian citizen Maksim Petrovich Tkhorzhevsky, born on December 31, 1974 in Ust-Kamenogorsk, Kazakhstan, was hiding behind the Olkhon call sign: VK pages: https://vk.com/id143259979 [5] and https://vk.com/olhon. [6]

He fought in Chechnya in 1995, 200-2003 and 2005. His deployments were from three to six months. In 2005-2008, he served in the 24th Separate Special Forces Brigade of GRU (Russian Military Intelligence, military unit 55433) as a commander of a reconnaissance squad in the rank of staff sergeant. As of now, he is discharged from Spetsnaz GRU. 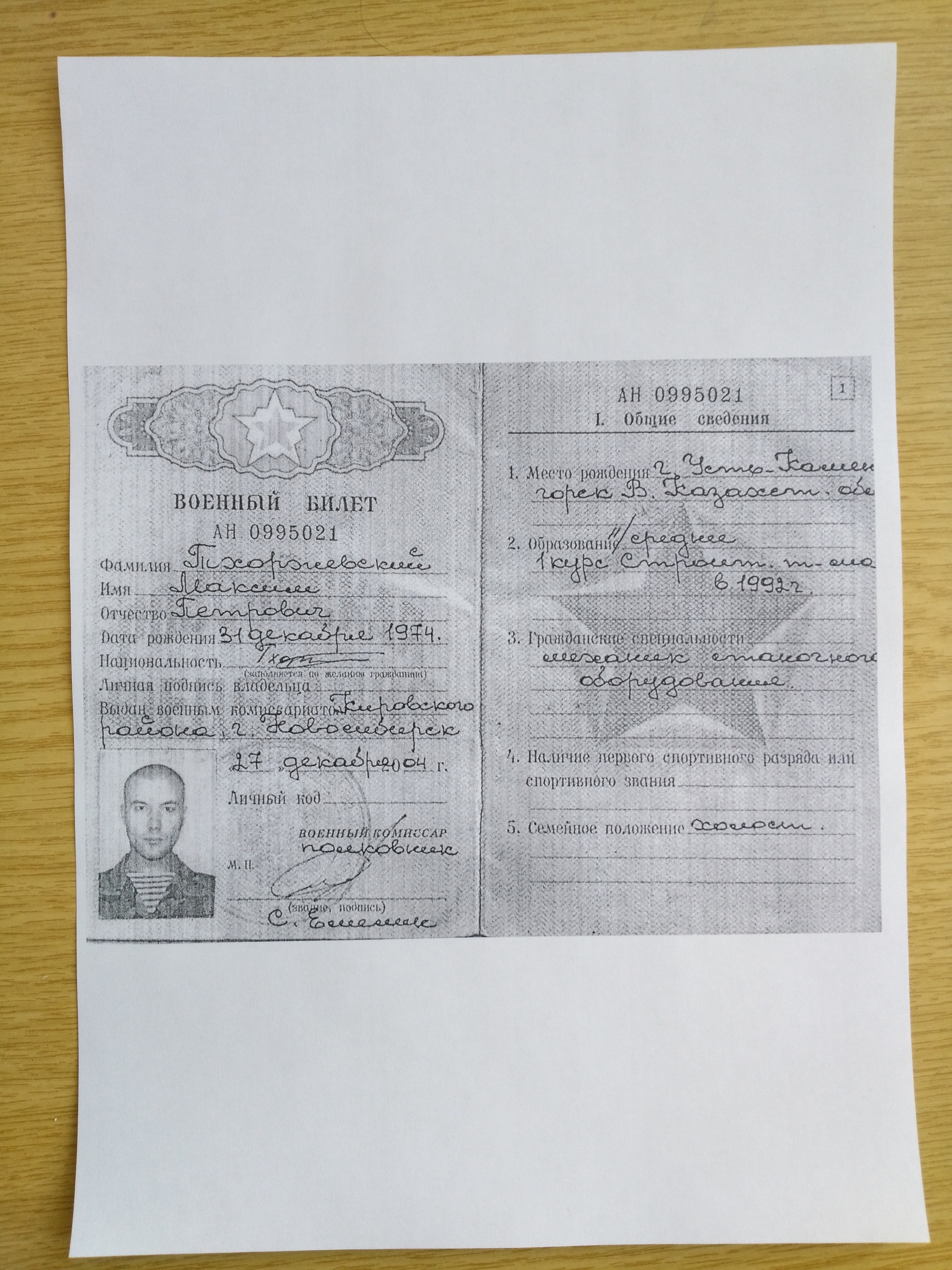 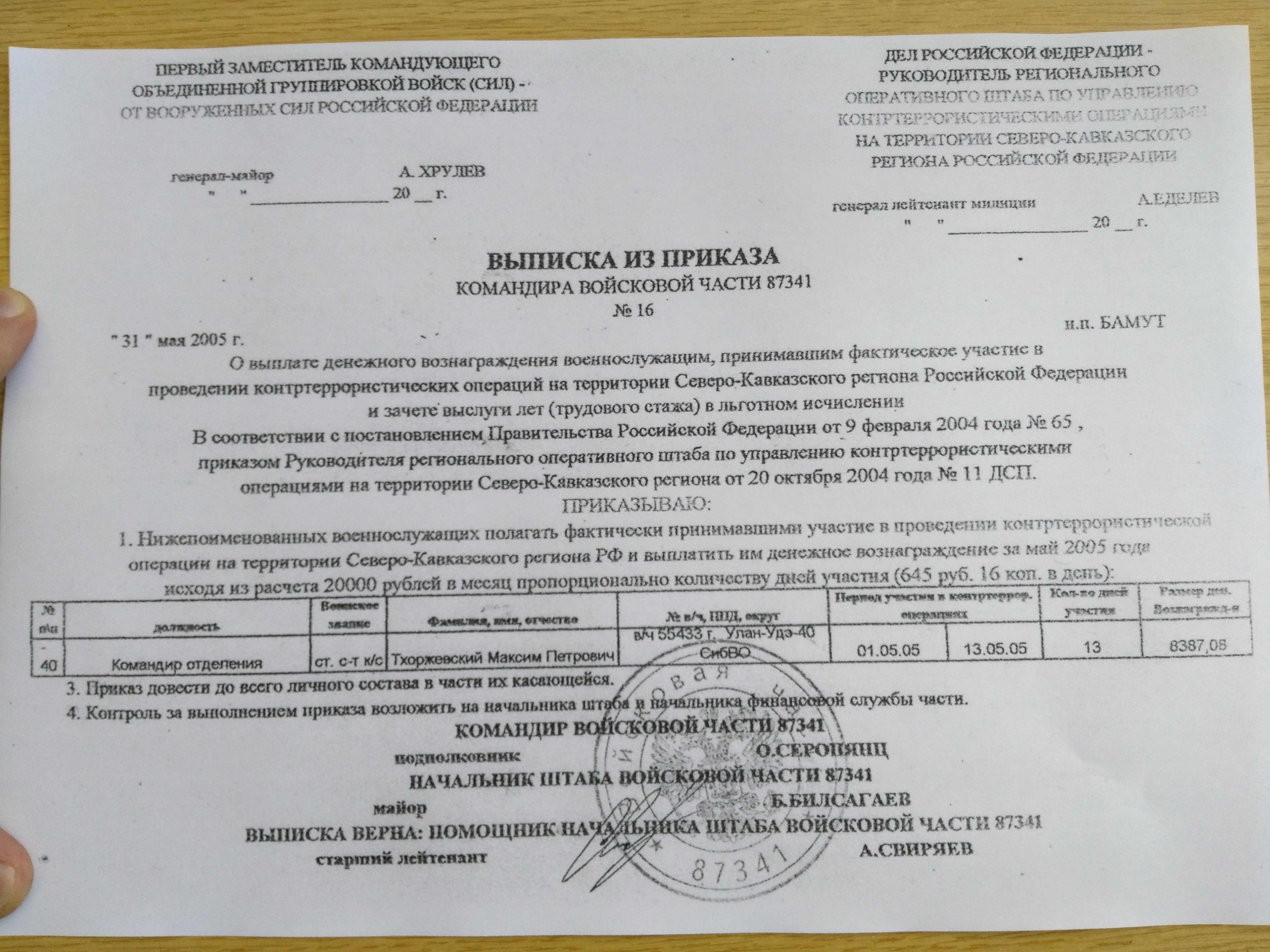 A militant Alabai once mentioned that Olkhon wanted to get transferred from the 24th Special Forces Brigade to the 45th Separate Guards Special Operations Regiment, and also posted a photo of Olkhon on a social media website in 2016, which helped to identify him. 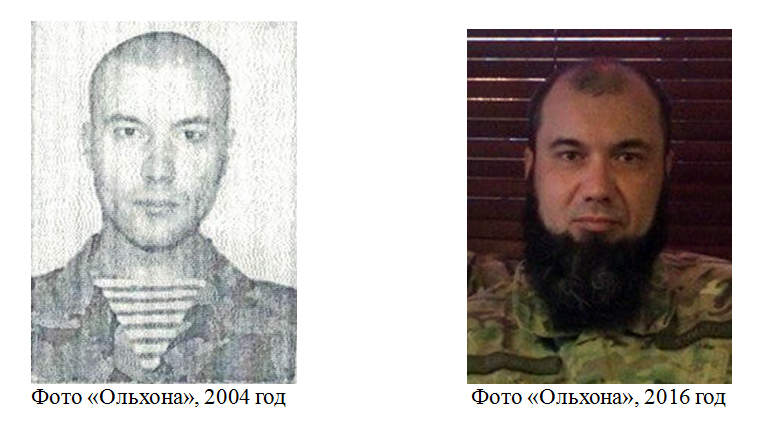 Noteworthy to mention that Maksim Tkhorzhevsky’s father, Piotr Tkhorzhevsky, served on a submarine, his maternal grandfather was a military man, and his paternal grandfather was repressed. Olkhon’s uncle participated in the Afghanistan war as a tank platoon commander, later as a company commander. Maksim Tkhorzhevsky took his call sign Olkhon after the name of the island on Lake Baikal. Prior to the events in Ukraine, he lived in Novosibirsk. Following the instructions of the GRU curators, he arrived at the Donbas in May-June of 2014. The earliest references to Olkhon were made between August, 10 and December 2015.

In early December 2015, people from the close circle of the DPR leader Alexander Zakharchenko organized the first attempt to assassinate Olkhon, in which he was saved by a bulletproof vest. He was shot in the dark from a car without license plates. Olkhon decided to avoid his assassination, returned to Russia and settled in Moscow in early 2016. On December 5, 2016, he announced the creation of his own “construction company” to get government contracts in Moscow Oblast – a construction cooperative Olkhon. The founder of the company is his father Piotr Tkhorzhevsky.

Olkhon is personally acquainted with Wagner, a former Russian officer who founded the largest private military company in Russia that was credited with the assassinations of a number of out-of-control DPR and LPR field commanders, in particular Alexey Mozgovoy and Pavel Dremov. According to the Russian website Fontanka, it is Lieutenant Colonel Dmitry Utkin who hides under the call sign Wagner.

It is interesting that one of the Olkhon’s family members was a Hero of the Soviet Union. It is Aleksandr Tkhorzhevsky who was a cousin of Olkhon’s father. He was born in Fastov Raion of Kyiv Oblast on February 25,1925, died on February 15, 1945 and was buried in a mass grave in the village Slavski in Kaliningrad Oblast.

All these facts would have remained unknown if Olkhon had not recently joined the Union of Donbas Volunteers. In summer 2016, the website Myrotvorets posted the dump of the mailbox [7] of the UDV’s employee Marya Koleda. It contained many resumes of Russian mercenaries who took part in hostilities against Ukraine in the Donbas and applied for membership in this union. The leak of the information caused outrage among the UDV’s members, which resulted in the exclusion of one of them, a former FSB officer Igor Mashkov, from the organization. Later the UDV tried to excuse themselves claiming that the leak was not their fault because the personal information of volunteers have been “stored exclusively in paper form”, which is not true. In the dump, we found the information about Olkhon and proof that he served in the Russian GRU and later joined the UDV.

It has been established that the militant units like the one under command of Olkhon, the Troya, etc. were created to disguise the activity of the Russian GRU in the Donbas. 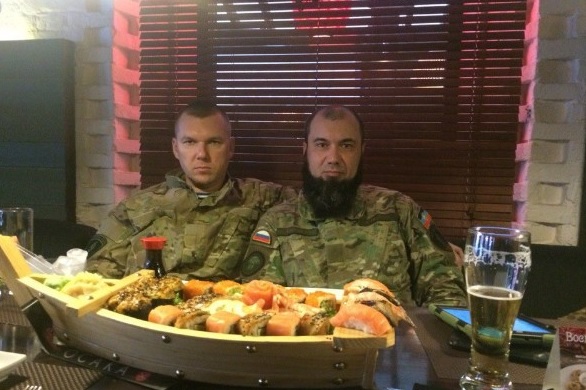 In should be noted that the idea of Alexander Boroday, a former “prime minister” of the terrorist enclave DPR, FSB Major-General and political strategist, to create a public organization the Union of Donbas Volunteers in Russia was brilliant. Before that, nobody was able to gather the most comprehensive database of Russian terrorists who fought in Ukraine under control of the Russian special services. The leak of this information [8] allows us to expose those who participated in the adventurous “Project Novorossiya” that was created by the Russian president’s aide Vladislav Surkov [9].

[10](CC BY) Information prepared exclusively for InformNapalm.org [11] site, an active link to the authors and our project is obligatory for any reprint or further use of the material.