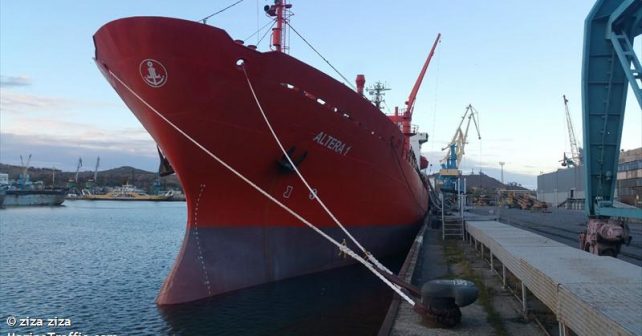 High sea shipping has always been a risky business, but gradually the ships were getting more advanced and safer; up-to-date equipment, communication systems and strict marine navigation regulations bring this risk to a minimum. But when a business is involved, which is very competitive and tough in this area, then all these complicated voyages are made for entirely pragmatic purpose – to earn some money. Sometimes the desire to get profit spur businessmen on to some speculative actions and to the violations of marine navigation regulations. To prevent such actions they created very strict and well-considered system of marine navigation safety regulations.

But what is happening in so called “grey zones”, where, until the time comes, they pretend that it is quite possible to violate commonly accepted regulations and refuse to understand the imminence of justice? Our Crimea became such a grey zone.

Ukrainian authorities closed all sea ports in Crimea, though occupants are using them illegally, and business people take advantage of the opportunity and make money not considering the consequences. 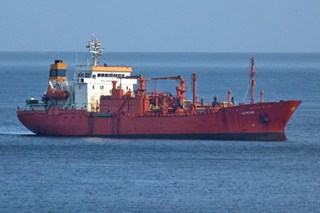 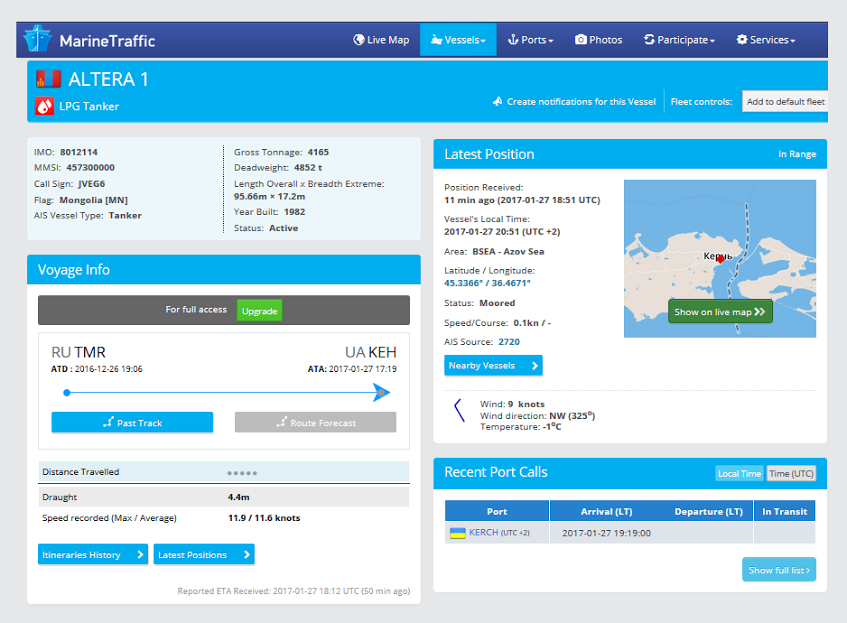 Since March 2016 the owner of the ship, as well as its commercial operator, as well as its water clerk, according to data-base Equasis, is Turkish Company ALTERA LTD, IMO: 5914812 with an operational office located in Mersin (screen shot is taken from shipowners’ data base). 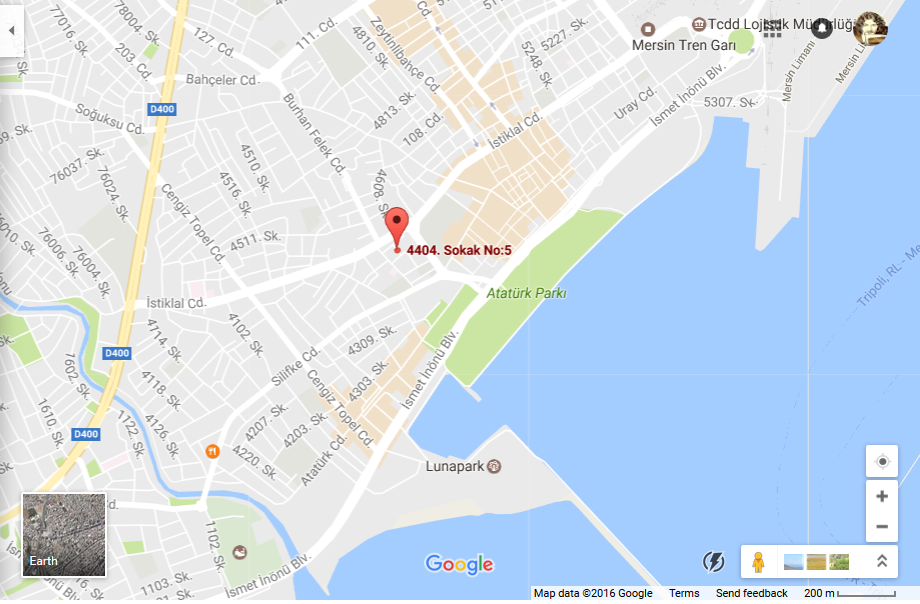 If we slightly change this address this way: Kiremithane Mh. 4404 Sokak No.3 Aykut Apt. A Blok Kat.5/13 33010 Akdeniz Mersin, then, according to the Turkish energy industry company data base, this address of the office in a multi-stored apartment building is assigned to the following company: Ukr Gaz Akaryakıt Uluslararası Nakliye İnşaat Gıda Turizm İthalat İhracat San. Ve Tic. Ltd. Şti.

This company is listed in the register of Mersin energy industry, the company’s phone number is +30 324 238 08 55 and can easily be found on the webpage of Turkish business directory.

Now let us have a look into the sanction list of the ships and companies that fed Bashar al-Assad’s regime. We will find out that the USA slapped financial sanctions on this ship, which is mentioned here under the name of “TALA” (please, look in the end of the list).

After exploring the ship entry base of the Crimean occupied ports, we reveal the truth that this elderly Lady, under constantly changing names, committed a number of willful violations of the Ukrainian State Border.

So, here we have a ship, which is the worst offender of the State Border of Ukraine, and is managed by the commercial operator from Mersin, Turkey.

On January 27, 2017, this liquefied gas tanker illegally crossed State Border of Ukraine again and is currently taking the 9th berth at the “Terminal” Port, where it is loading liquefied gas from the Company “TES-Terminal“. 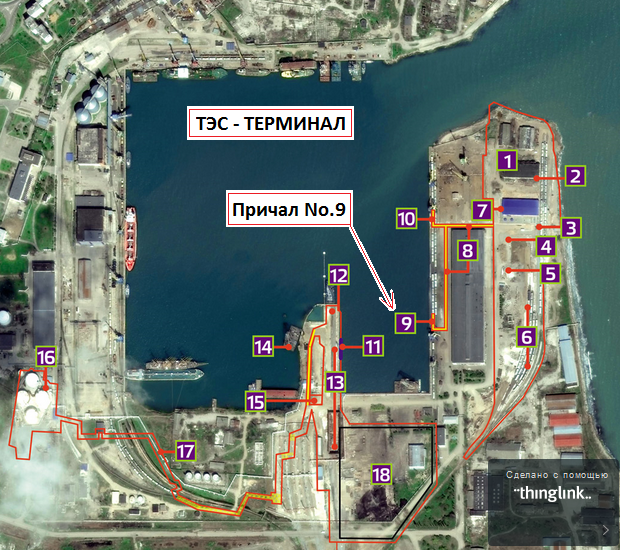 But wait, there is more. This “Altera 1”, ship captain, ship operator and the ship owner managed to commit another crime.

Please, look at the chronology of the events.

On January 22, it crossed the Bosporus Strait from the Sea of Marmara to the Black Sea with AIS enabled of course. It would be interesting to find a captain that will dare to turn the identification and tracking system off while crossing the Bosporus.
Then the liquefied-gas carrier made its way towards the Turkish coast line and after passing Zonguldak Port they disabled their AIS; it was on January 23, at 10:20 Ankara time (please, look at the screen shot below). 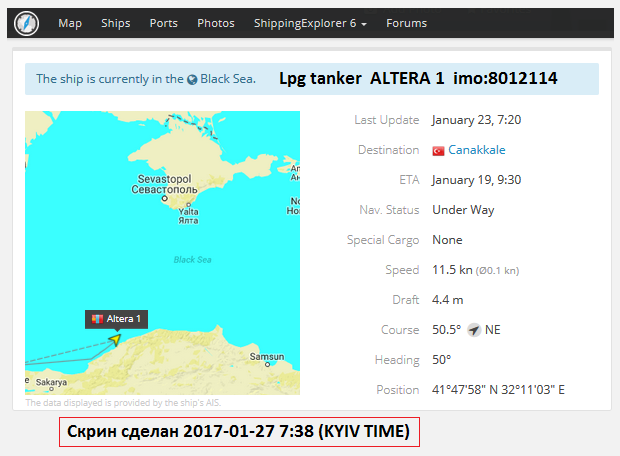 In Kerch Strait this liquefied gas tanker “ALTERA 1“, IMO: 8012114, appeared on January 25, and with disabled AIS, and in charge of a private pilot from “UVAS-Lotsman” on board, headed for occupied Kerch port, where at noon of the same day the ship was moored at the 2nd berth of the Kerch Ship-Repair yard (KSRY) which belongs to “UVAS-TRANS” Company. The ship loaded cargo from “UVAS-Broker”, which served as both an agent and a shipchandler of the vessel in occupied Kerch port. According to some information, they also loaded some liquefied gas, but this fact still needs to be confirmed. “ALTERA 1” left KSRY on January 26 in the afternoon at about 3:30 pm, local time, passed the range of bridge under construction, with disabled Identification System and then got lost not far away. 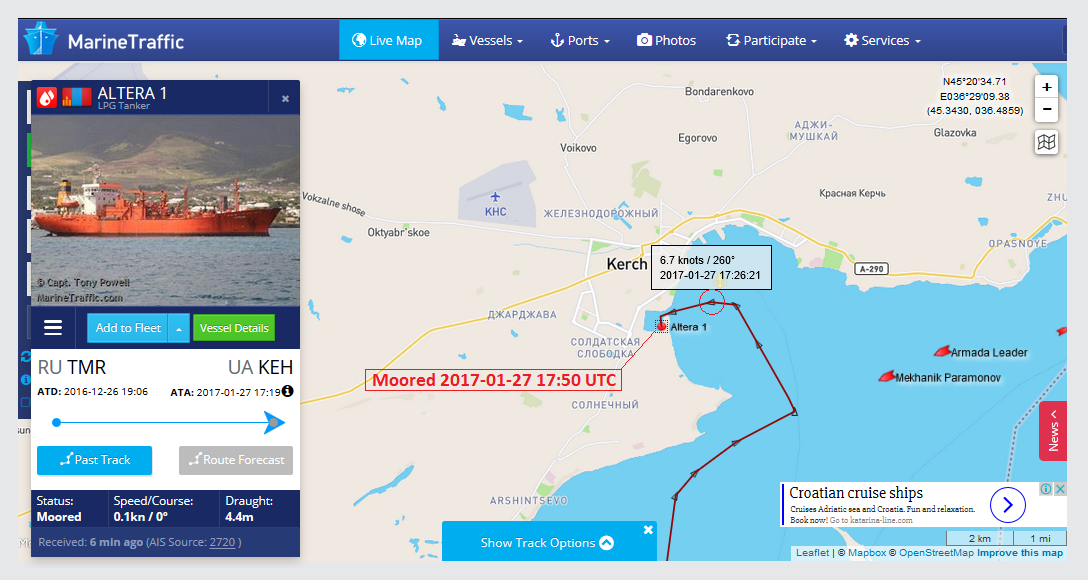 On Monday, January 27, at 12:30 local time, to be exact, the liquefied gas tanker enabled its AIS and the vessel’s navigation officer started to pretend as if they had just returned from the Black Sea and were looking for a place where bring the ship to an anchor. It dropped an anchor at the upper part of the anchorage #471. OK, then. The theatrical performance could have been well acted, but we do know the truth…

People, but not robots, work in ports and straits. If a vessel disables its AIS, it arrests people’s attention in the first place. Can you imagine what kind of spicy expressions can be heard from the navigation officers on the radio when they notice an unidentified object on their course in a narrow strait and that is heading towards them? The age of the ship and liquefied gas in its holds can serve as additional risk factors to already dangerous situation. Impressive, isn’t it?

And farther there is the most interesting part. With the fall of the darkness the liquefied gas tanker weighs the anchor and with enabled AIS proceeds up to Kerch-Yenikalsky Strait, passes the range of the bridge under construction and … enters the harbour of Kerch Fishing Sea Port, where it makes the 9th berth that belongs to a gas trading company “TES Terminal” at 7:20 pm local time. 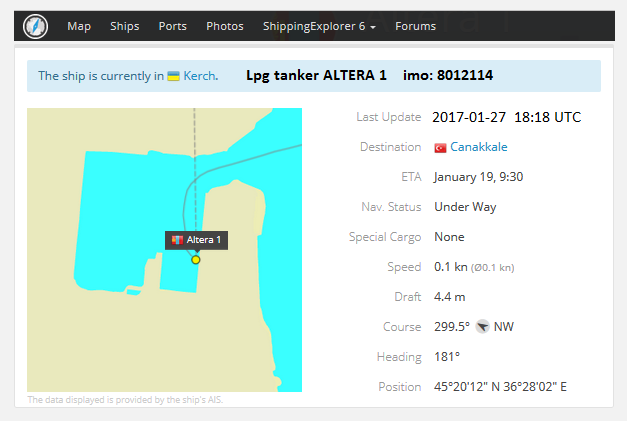 It is also recorded in the ship’s time-sheet on the marine traffic webpage.

Creative move. First we make a secret stop at KSRY, which belongs to “UVAS-Trans”, that also appears to be a gas trading company, a shipchandler, an agent and a navigation company. And then we make a “public” stop at the gas terminal of the gas trading company “TES-Terminal”. There seems to be some weird hide-and-seek games. We hide one thing and we put another on public. From one year to the next the income of Crimean gas trading companies is going down, under the competitive market some business people tend to commit inconceivable safety breaches and violate marine navigation regulations.

Impressive, isn’t it? But wait, there is more.

As we are constantly monitoring the illegal shipping traffic in closed ports of Crimea, we know that “ALTERA 1” has recently entered the port in Kerch. On December 13, 2016 it entered Kerch with enabled AIS and moored at the same 9th berth of “TES-Terminal”. 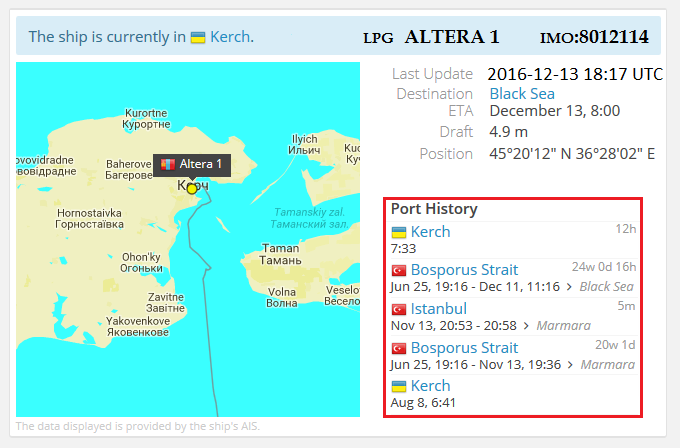 On December 21, the ship left the port and proceeded for an anchorage at the Kerch-Yenikalsky Strait and then it headed for complete loading at Temryuk. 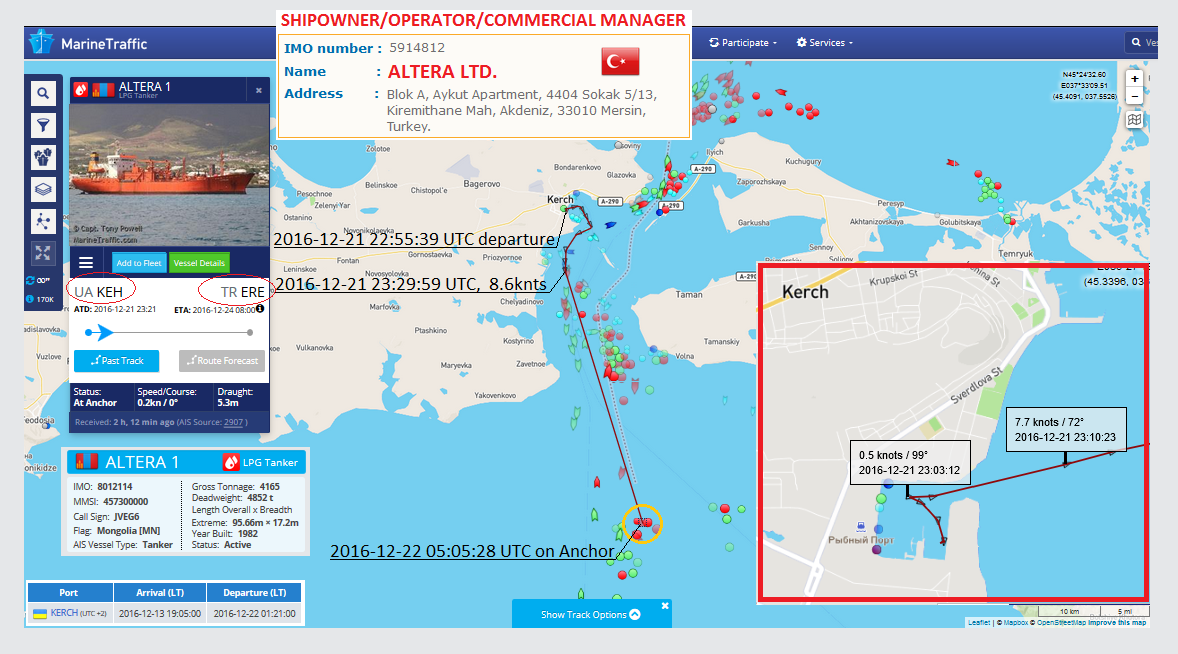 According to our sources the inspection officers of Port State Control, according to regulations of Paris Memorandum on Port State Control IMO in Temryuk, boarded the vessel twice, the first time on December 26 they filed a claim to the vessel, which consisted of many complaints. In several days they released the hold of the vessel but because of the seriousness of the complaints it was allowed to sail only to a Ship Repair yard. It was forbidden to load any cargo and the vessel left the port only with the load of gas, loaded in the Crimea. By the way, it would be interesting to see inspection officers’ faces after studying the papers of the ship, stating that the vessel came in ballasted condition, but in reality its holds are half loaded with liquefied gad.

The information of our source is also confirmed by this tweet from Head-Quarters of Paris Memorandum. 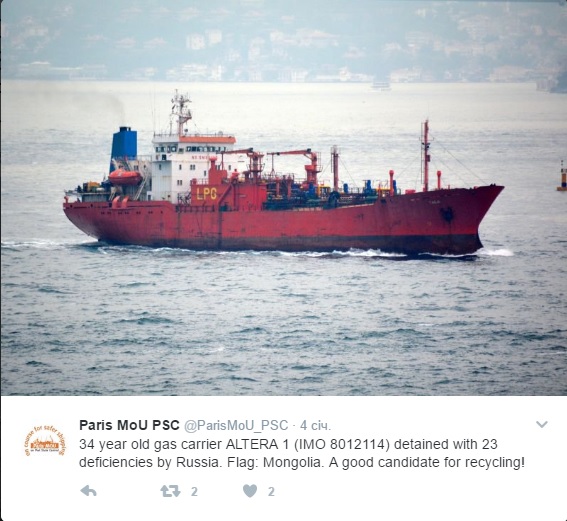 Remains an open question, has the vessel been at the ship repair yard since a month from the inspection time and has it resolved the long list of complaints? We think the inspection officers from Paris Memorandum will have a great desire to find an answer to this question at the earliest available opportunity.

And now let us imagine that an old and decrepit vessel, possibly requiring emergency repairs, with its holds filled with several thousand tons of liquefied gas, is going to appear soon at the Bosporus Strait. The violations of marine navigation regulations for the sake of receiving profit, whrerefore they illegally use actual ports in the Crimea, may be too high a price to pay.

We received a picture of “ALTERA 1” taken on January 31, 2017 near TES Terminal berth in Kerch Sea Fishing port. But still it is not a demonstration of the illegal entry of closed by Ukrainian Authorities port. 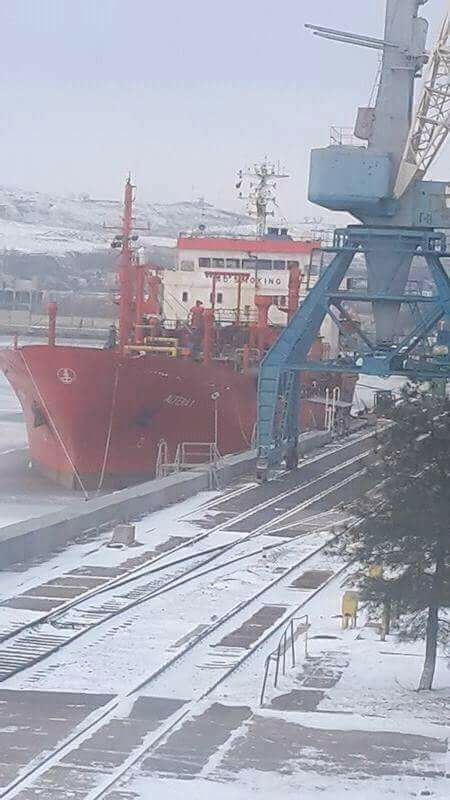 After loading liquefied gas “ALTERA 1” departed the port at 2 am Kiev time on February 1, 2017 escorted by a tow-boat “GANDVIK”. At 2:25, while passing though the range of the bridge under construction they enabled their AIS. Expected approach date at Bosporus Strait is February 3, at 1 am local time. 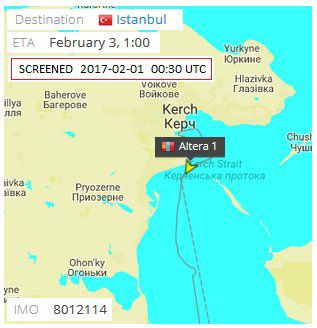 UPD2
We received a reply from Ambassador of Ukraine in the Republic of Turkey. 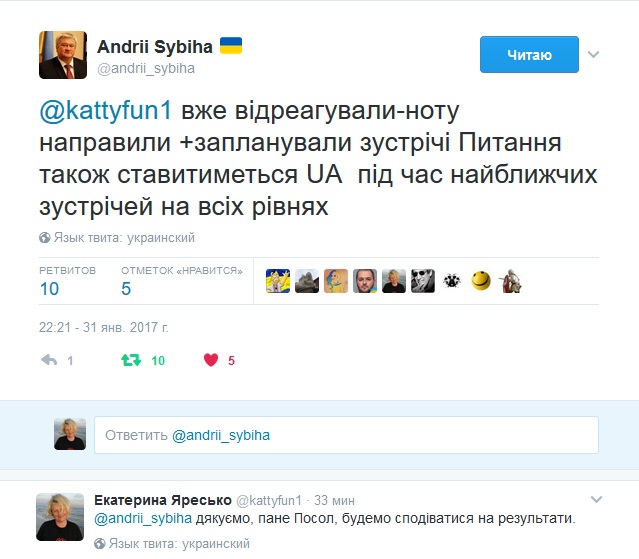 One Response to “ALTERA 1: dangerous theatrics performed by an elderly lady”