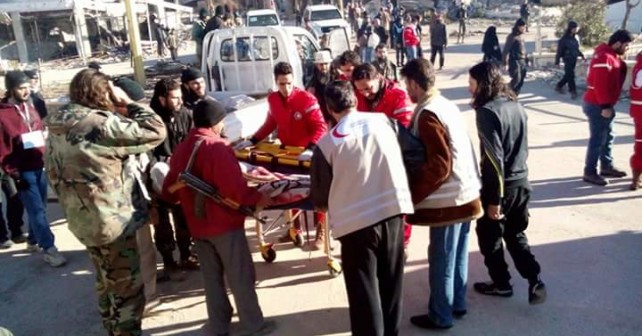 On December 28, 2015 Syrian government troops and the armed opposition honored the previously reached agreement and evacuated the people held as hostages by both sides in the encircled areas. About 130 sick and wounded people from the city of Zabadani were able to cross the border to Lebanon. Some of them will follow on to Turkey for treatment. At the same time 350 supporters of the ruling regime were released from the villages of Foy and Kefraya.

The rebels who broke out from the encircled Zabadani were greeted as heroes on the border with Lebanon – the video. 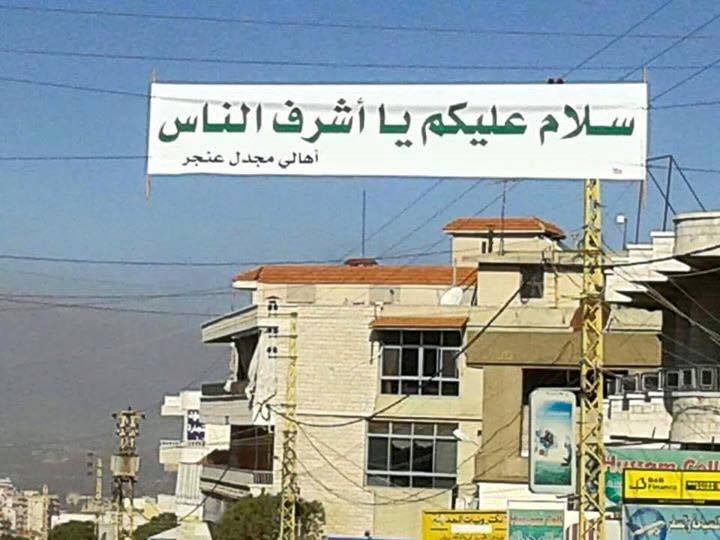 “Peace be upon you, the most valiant noble people!” – so were hailed the Syrians in Lebanon

There are reports coming from the blockaded area that a humanitarian crisis is deteriorating rapidly, but only the wounded fighters left, most part of the rebels who are able to fight decided to stay there and defend their city as long as they are alive. 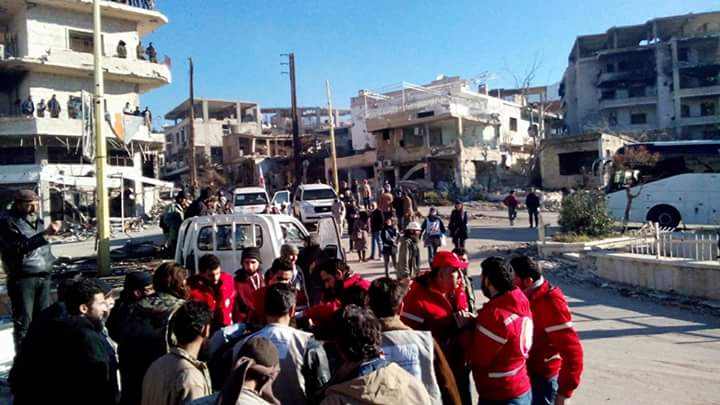 Evacuation of the wounded rebels from Zabadani

A young man from Zabadani said in an interview, he was glad that at least some of his compatriots were still alive, but the devastation of the hometown and the demise of the people made him cry. “All those men killed, it was all in vain!” – he said. “All those butchers still hold the power. When the bombs fell on Zabadani, we were forsaken, nobody helped, the city was left alone to face a huge, well-equipped army.” Reporter asks: “Now that you see the rebels coming out alive and unharmed, what do you feel?” The young man (he is from Zabadani, stayed all this time in Lebanon, helping to inform the world about the situation as much as he could) answers: “I do not have the right words. We wanted to have this joy in other circumstances, we wanted a different sort of victory, we wanted our men to come in another way. We’ve all been betrayed and left to fend for ourselves, our small town suffered through hell, we were bombed and killed with all the means imaginable. What has happened now, someone will call a victory, someone will call a defeat. For us, activists and revolutionaries, this is both victory and defeat. We survived a terrible unequal battle, rifles against war planes, moreover there were and still are civilians deliberately starved to death. Nobody is spared, nobody made any distinction. So many wounded, so many disfigured, so many orphans! This is not the victory we wanted. We wanted to get rid of this terrible government, this bloody regime. We just wanted to build a normal state. How many wounded with purulent wounds, how many of them lost their arms and legs! So much pain…”

Casualty evacuation is a positive development, hopefully this will be the first step towards a political resolution of the situation, based on agreement between the sides.

At the same time, the situation of the people left behind in the blockaded territory surrounded by minefields remains catastrophic. 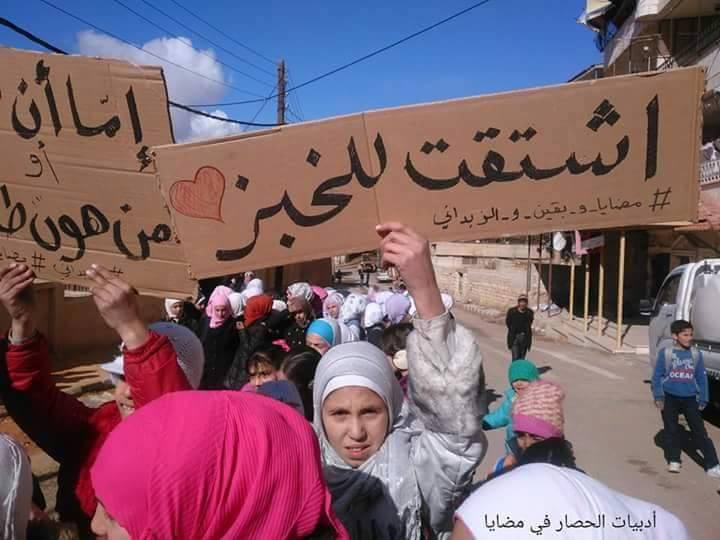 The featured video contains interviews with women from the occupied village. It shows only clothes and hands, but even the body language reveals the pain that these people carry inside. The transcript:

– Good afternoon. Tell us how you are living here in Madaya and Bukkein? (Note: Bukkein – is a village adjacent to Madaya, it is also blockaded).

– What do you eat to keep you going?

– We have almost nothing to eat. The day before yesterday I found a nut on the street, that is everything I had to eat for 3 days. Only the population of Zabadani is treated so – scarcity, humiliation, killing, war. Look at the sores on my hands.

– What is with the skin on your hands?

– I had a cardiac operation, so I can not go hungry like this, that’s why my skin began to burst.

– Did you use any medicines?

– Where can I get medicines? There is nothing here for us.

– What would you like to tell people that can hear you?

– May God prolong their years and protect them, and let no person suffer through what happened to us.

– What are you cutting up?

– Is there nothing else?

– No, nothing else grows.

– Is this the sheep feed?

– No, sheep are not eating these, they are very bitter, but we salt and soak them, then boil, then you can put them in your mouth.

– Really, nothing else grows?

– No, nothing else grows. We are also collecting dry leaves to burn them and keep warm somehow. Hunger, cold and humiliation… 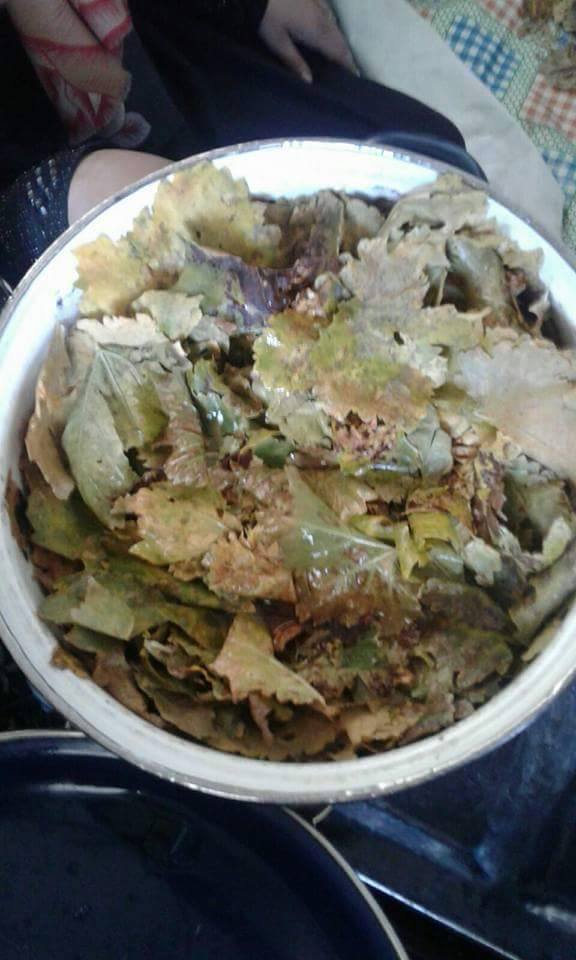 This is  what people eat – tree leaves

Reports coming from various sources indicate that there are now from 20 to 40 thousand people in Madaya and about one thousand in Zabadani. Only through last month 3 adults and 8 children died of starvation, 12 people have lost limbs to land mines.

We received several audio recordings, here are their transcripts:

There is another video that reached us from the blockaded village of Madaya. The boy is asked:

– Tell me, what would you like to drink and eat?

The conversation turns to his mother:

– What do you feed your son?

– We have nothing but water and salt, he is fainting from hunger all the time. Rice in Madaya costs 38,000 liras, but we have less than 500. Everything is very expensive in Madaya and Bukkein, sellers are using this situation for their own gain. Despite it all, we send children to school hungry, somehow this gives us a sense to live. My son fainted in the street on the way, they carried him home.

– How do you treat children? Do you have any kind of medicines?

– We have nothing at all, my son got jaundice. He was asking for something sweet, I found only a small jar of jam on sale, it cost 30,000 liras. We are not working, where will I get so much money?

The boy’s father is joining the conversation:

– What do you do to get children food?

– I am sneaking down down into the gardens, looking for some herbs and we eat them.

– There have been several cases of poisoning with herbs, are you not afraid of poisoning your children with these herbs?

– Yes, there were many cases of poisoning, but what else can we do? We have no choice. It’s cold, we have nothing to keep us warm, no firewood, no twigs. It is even dangerous to collect herbs, those who go out often trip land mines. 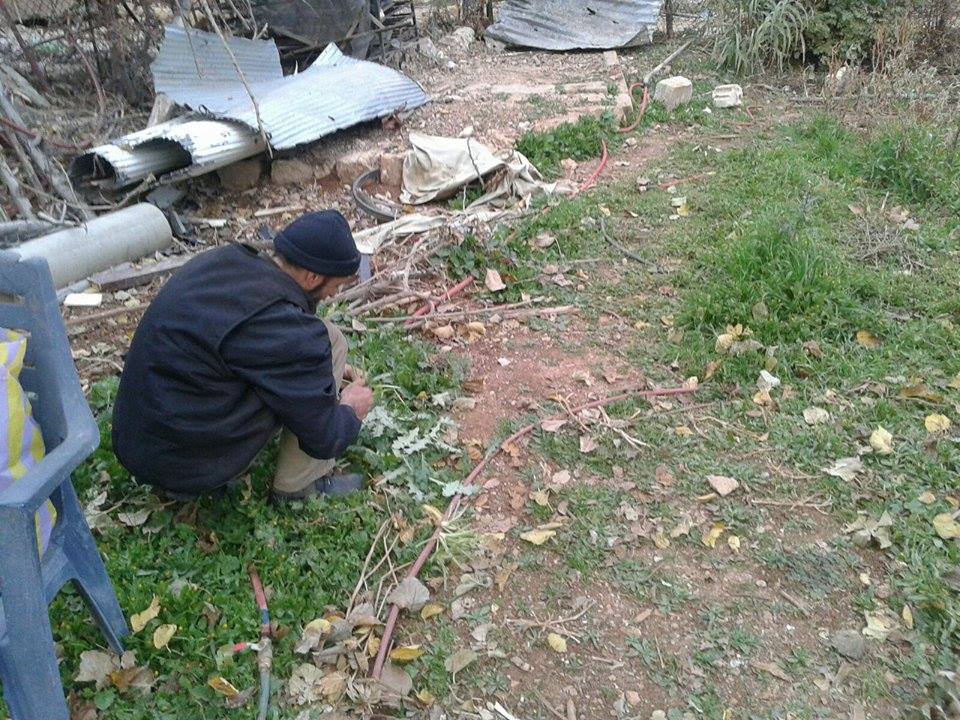 This morning, a person died of hunger in Madaya as a result of this blockade. His name is Jamel Ahmed Alouche, the photograph shows a famished and exhausted person. I am not posting the photograph of the deceased,  but I am ready to provide it at the request of international organizations dealing with the Syrian problem.

Photo of the devastated Zabadani: 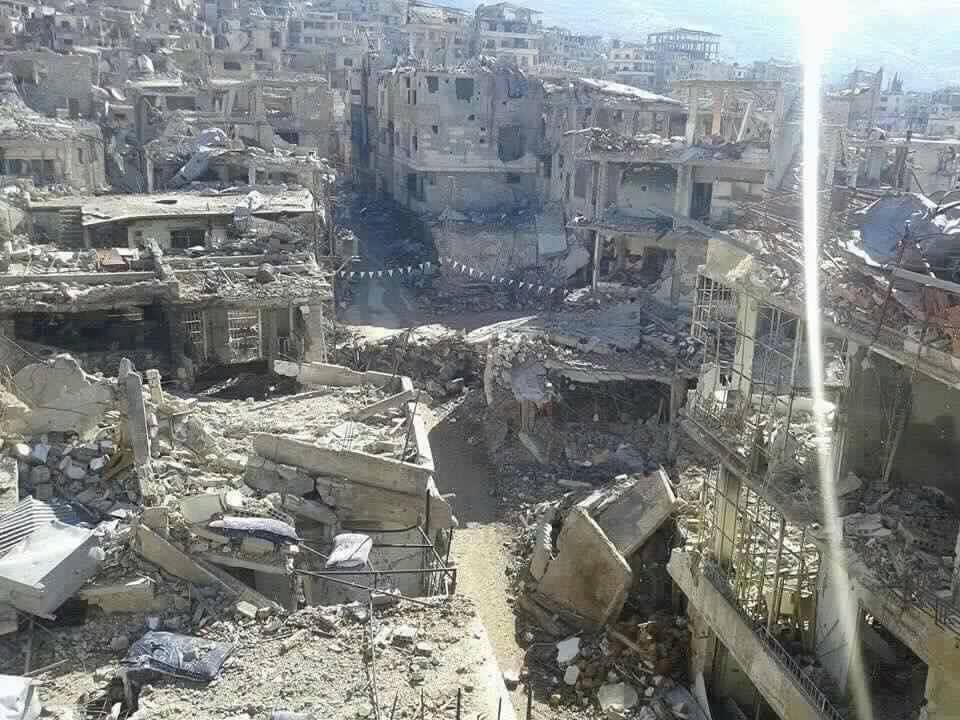 The catastrophic situation of the people in the blockaded village of Madaya has been documented by photos, videos and audio records, which were sent to us from the scene with a great difficulty.

I believe that global civil society actors, the media, NGO’s, charitable foundations, human rights organizations shall do all possible to provide the necessary humanitarian relief to the people of Zabadani and Madaya as soon as possible. I also hope for an adequate international media coverage for this act of genocide in progress of the Syrian people, which is carried out by the criminal Assad regime with the support of the air force of the Russian Federation.

No Responses to “The humanitarian crisis in Syria – first-hand accounts”