Anniversary of the annexation of Crimea: volunteers project the Kremlin’s crimes on facade of the Russian embassy 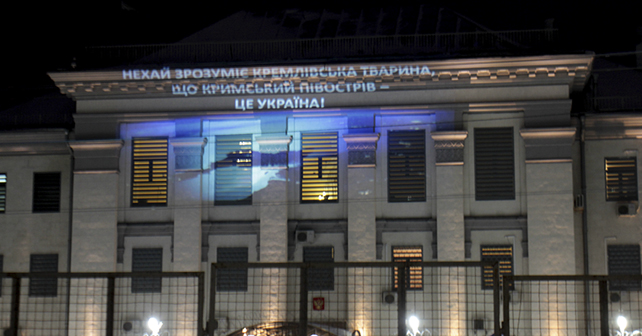 On the evening of March 18 at the Russian embassy, Ukrainian volunteers and activists held an imaginative protest rally on the fourth anniversary of the official occupation of Crimea. It is no coincidence that the occupant country also held illegitimate presidential elections on that day. During the event, a powerful projector was used to beam slides of war crimes by the Kremlin right on the embassy’s wall. InformNapalm talked about the unique details of this event with its organizer.

The event began at 6:30 pm and lasted about an hour. Slides with the names of the killed and missing Ukrainian citizens, as well as portraits of political prisoners captured by the Russian occupation authorities in Crimea were displayed on the wall of the Russian embassy. At the end of the event, the embassy of the Russian Federation was enveloped in an image of fire symbolizing the burning out of the aggressor.

The event was organized by volunteer and activist Valentina Okhlopkova, she spoke to InformNapalm about this initiative.

“The idea of ​​holding this event came up spontaneously; I was inspired by a similar event in Washington. On February 26, 2018, activists projected images of the Kremlin prisoner Oleg Sentsov on the Russian embassy. I thought that it was a very powerful way of visual communication, and at the same time it could be very symbolic on the day of the Russian elections, because the video projection could easily reach the walls of the embassy through all the fences and barbed wires. I was very pleased to see the famous military expert Edmond Huet at our event, he posted beautiful photos from the event on his Facebook page,” the volunteer said. 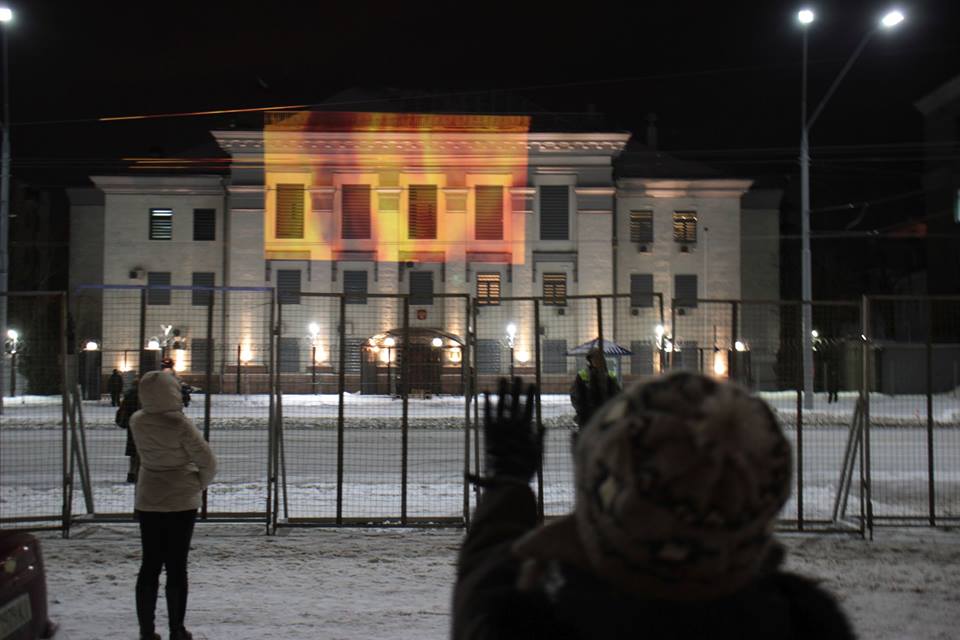 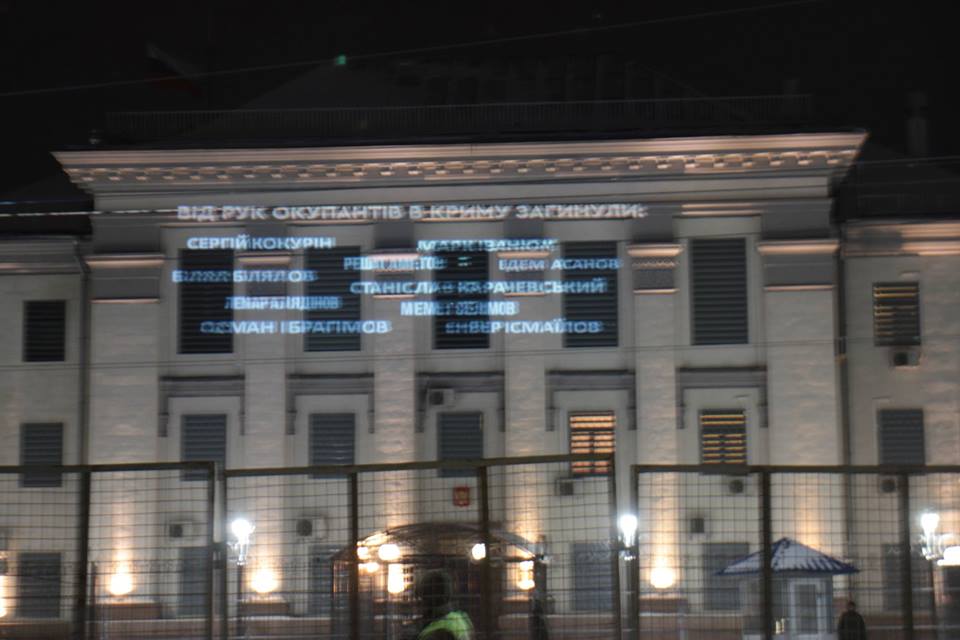 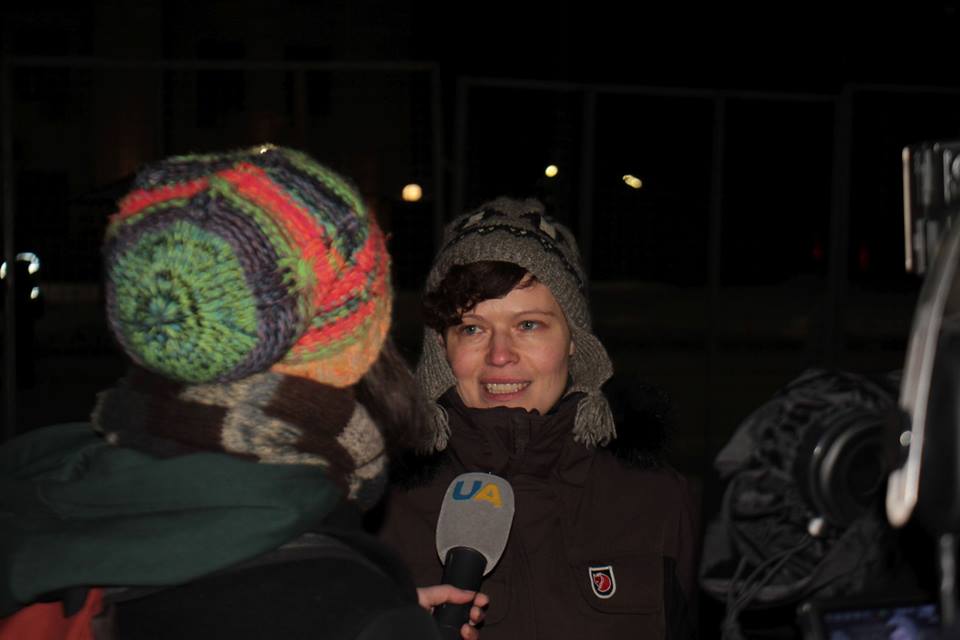 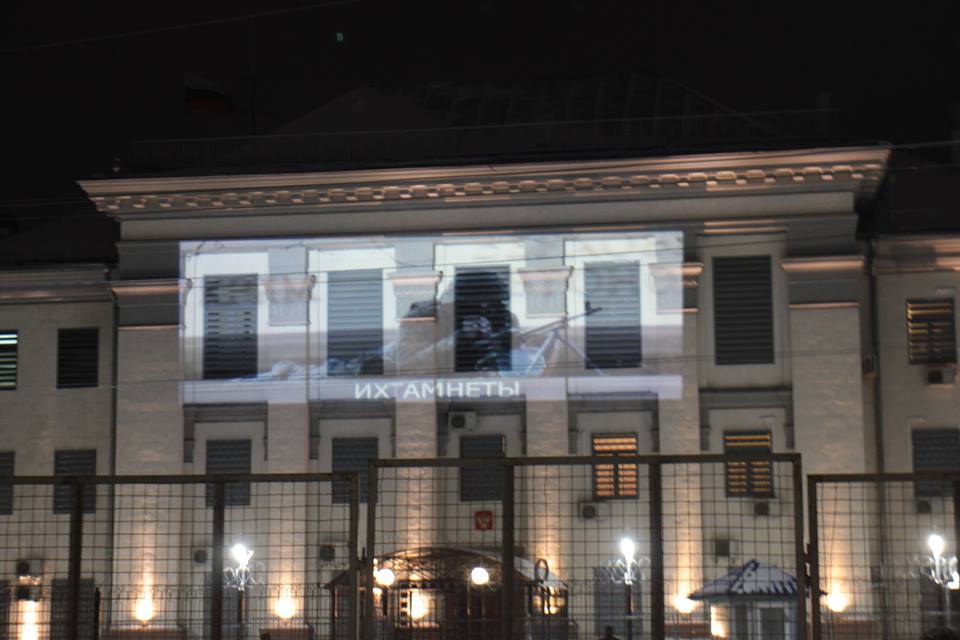 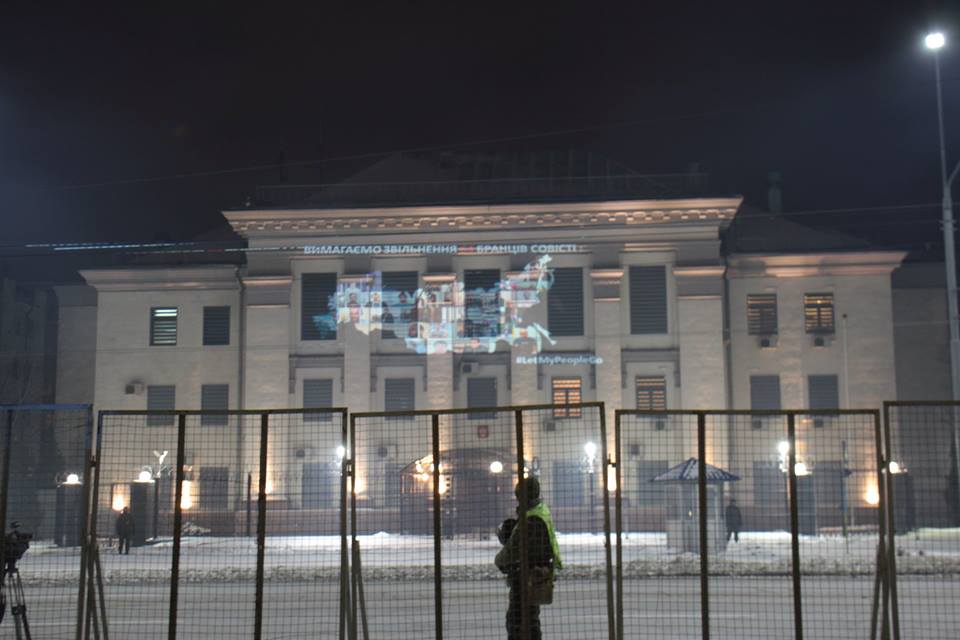 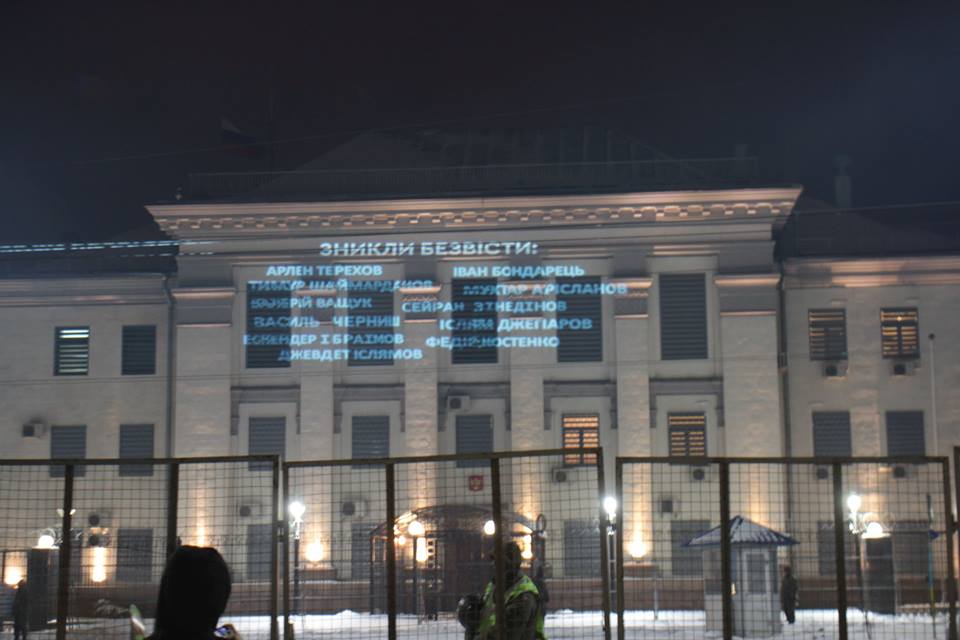 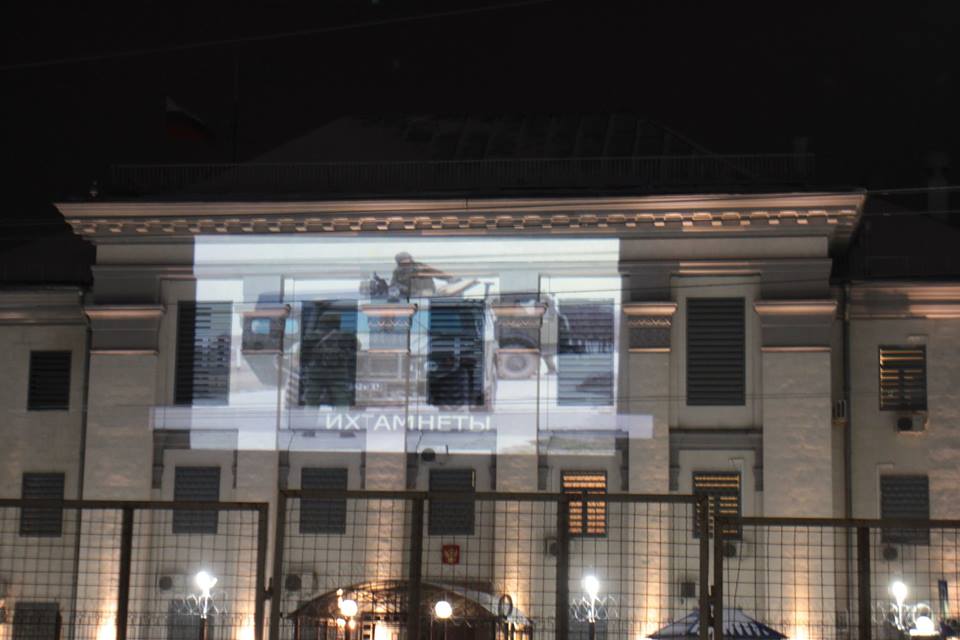 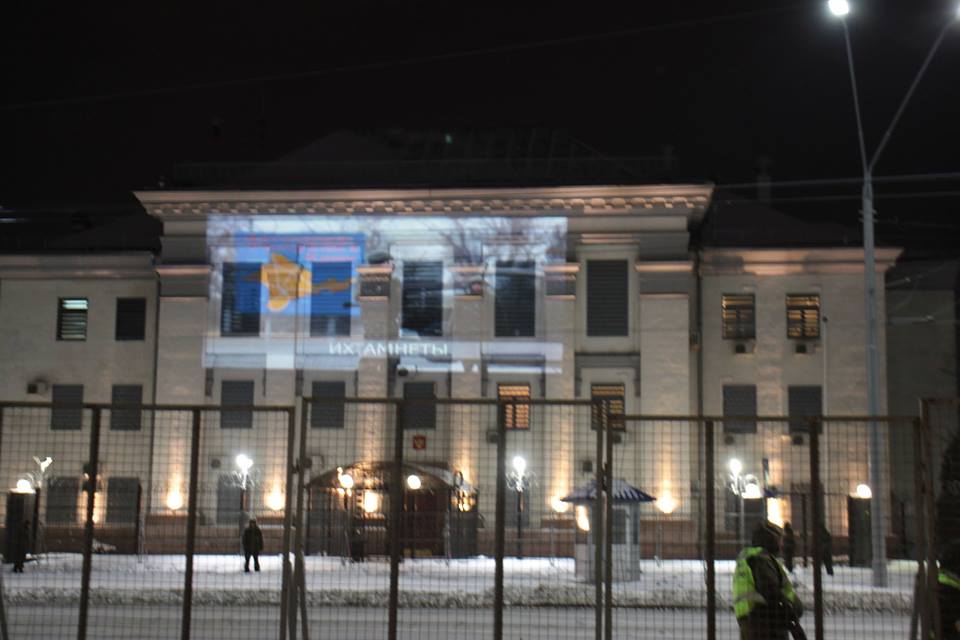 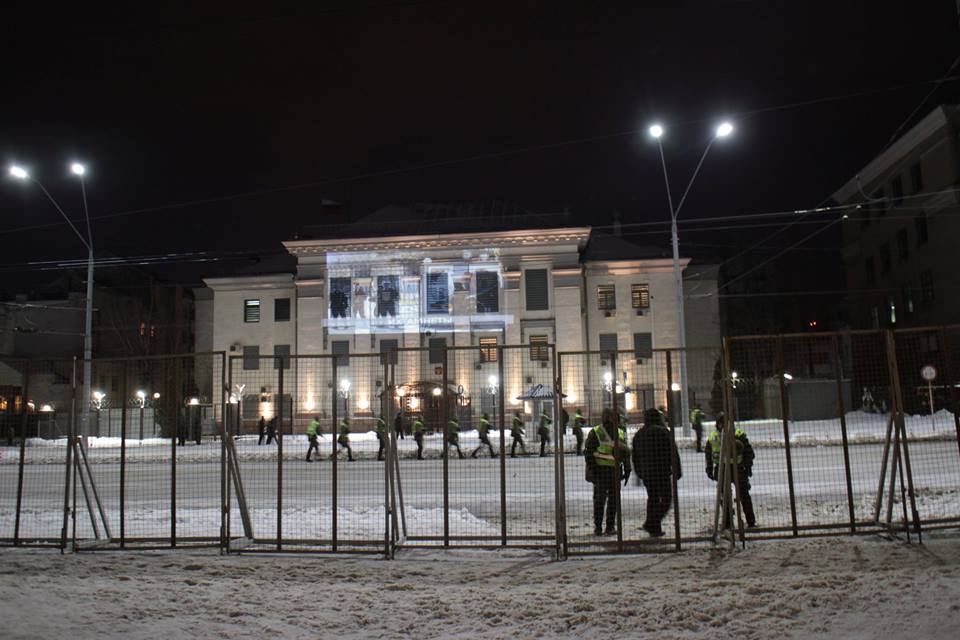 Photos from the protest at the Russian embassy by Edmond Huet.

The event organizer stressed that the volunteers had to find a projector powerful enough to outshine the light from the windows and the lighting of the embassy building. Russian embassy staff turned off the lights and closed the blinds to shut off the light of the projector, and it helped create a solid dark background for the visuals.

“My friends and acquaintances came to the event, volunteers from Crimea actively helped. During the protest we had this spontaneous idea to display photos of the Russian soldiers who “were not there” when Crimea was seized, and then beam a video of the fire on the walls of the building. I also want to thank the friends from Crimea SOS organization for the information about all the Crimean activists and military men who were killed, kidnapped or became prisoners because of Russian aggression in Crimea. The motto of the protest was “Let the Kremlin creep understand that the Crimean peninsula is part of Ukraine!” This is a variation of the slogan used at the liberation of Mariupol. By the way, this graffiti was the key image at our last exhibition dedicated to the defense of Mariupol,” said Valentina Okhlopkova. 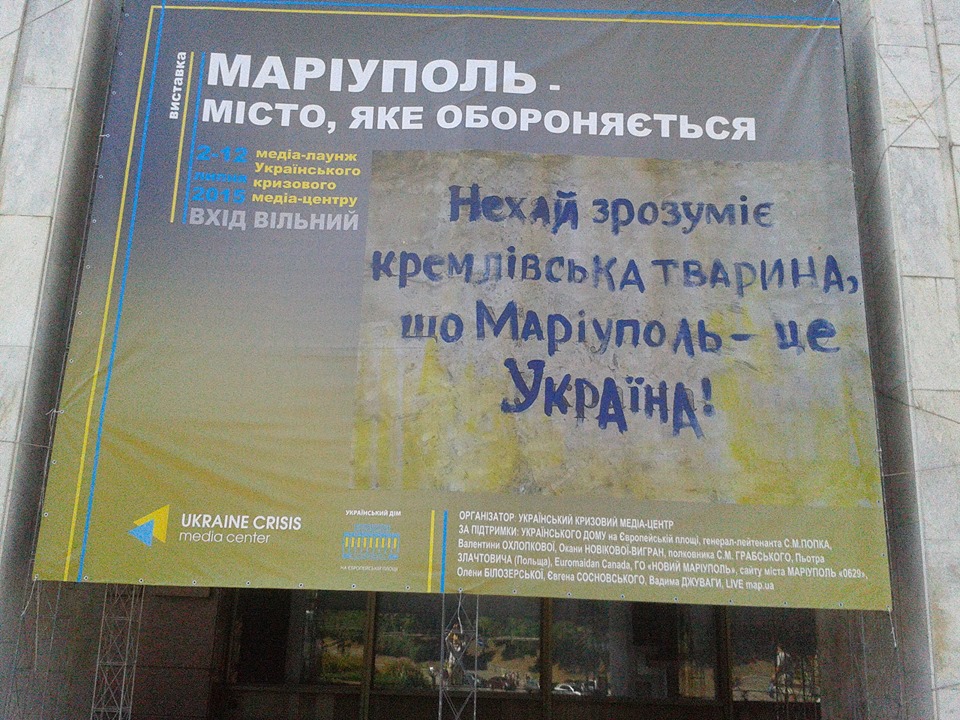 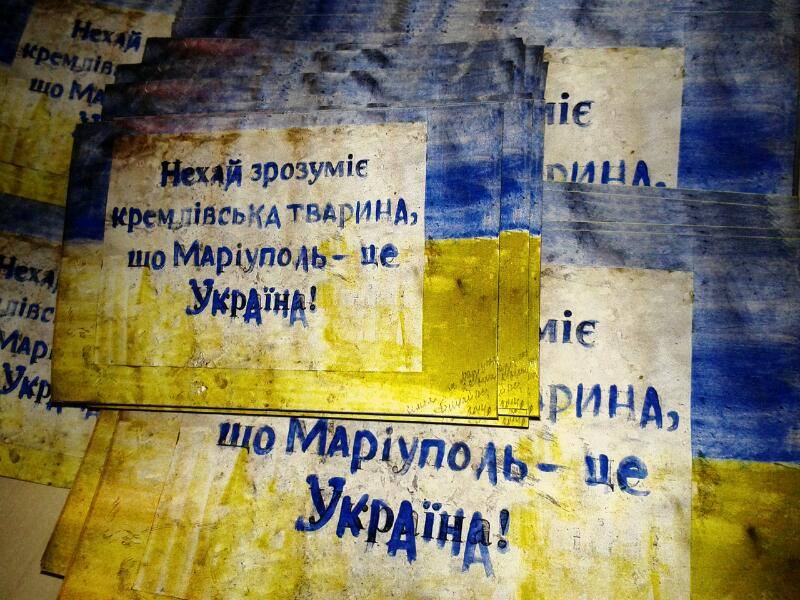 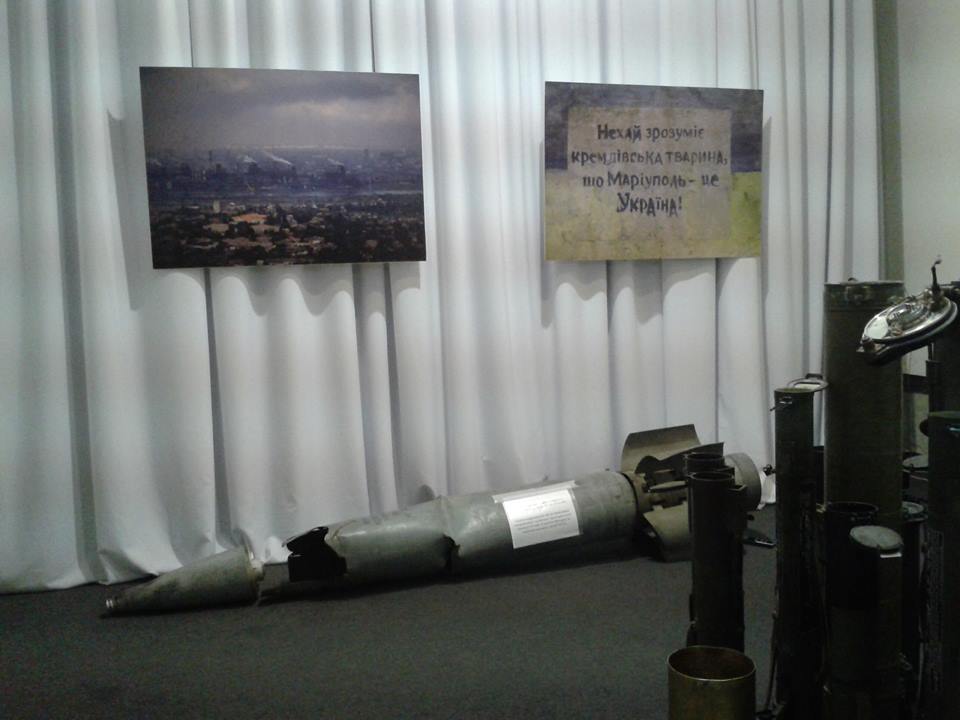 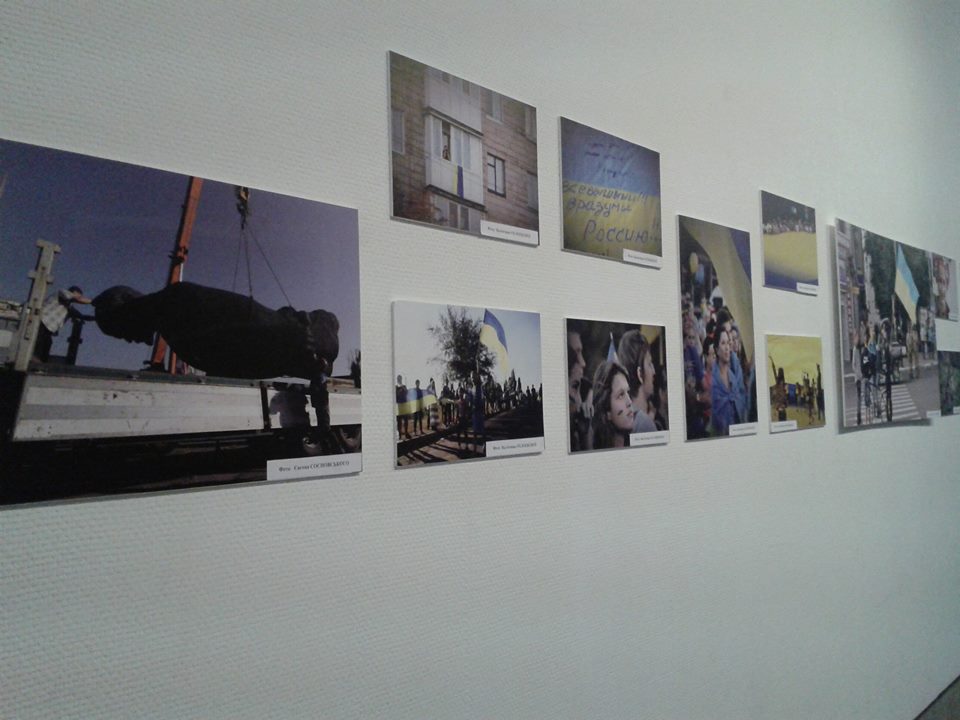 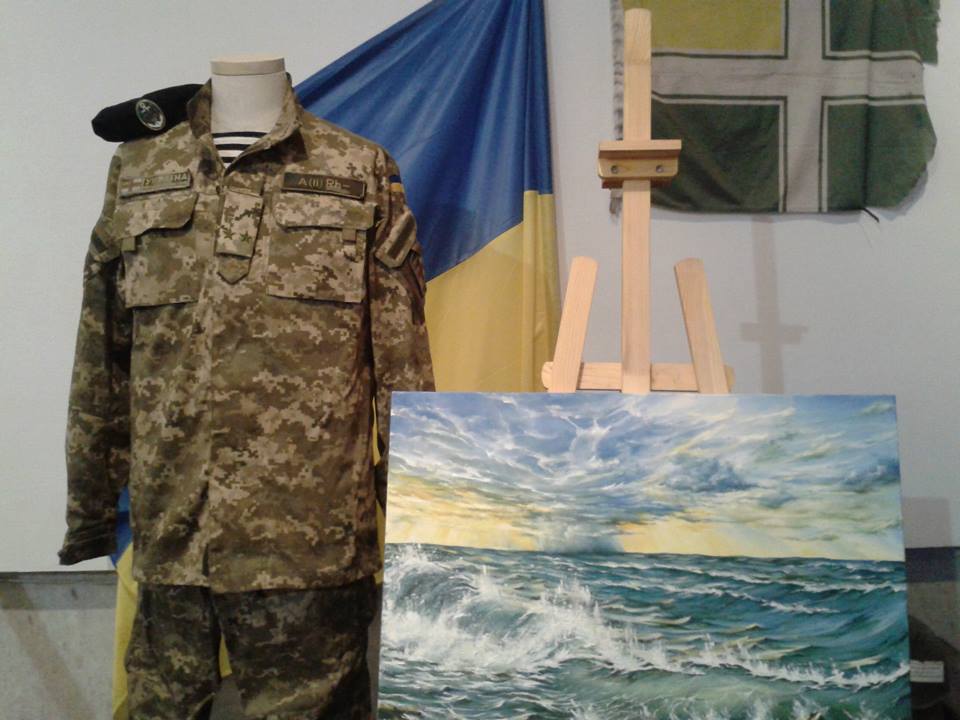 Photo from the exhibition dedicated to the defense of Mariupol / Valentina Okhlopkova .

Valentina also noted that, as she spoke to InformNapalm about the event, no mainstream media reported on the event, although Crimean activists had invited journalists to attend. Apparently, behind the fuss around Putin’s pseudo-elections the media overlooked the Ukrainian volunteers creatively chasing away the Kremlin’s darkness with light and fire.

No Responses to “Anniversary of the annexation of Crimea: volunteers project the Kremlin’s crimes on facade of the Russian embassy”