Briefing of The Head of The Security Service of Ukraine Mr. Valentyn Nalyvaichenko

Military aggression on the territory of Luhansk and Donetsk regions of Ukraine is planned, organized, financed, directed and carried out by the forces of, first of all, the Federal Security Service (FSB), Main Intelligence Directorate of the Armed Forces of the Russian Federation (GRU), mercenaries of all sorts and kinds from all over Russia, as well as by mercenaries from Ukraine. There are various sources and channels of financing that are used by criminal networks to purchase weapons which are further used to shoot peaceful Ukrainians.

The first issue is related to carrying out terrorist and subversive activity, triggering armed conflicts and setting up illegal armed elements in Luhansk and Donetsk regions. Only over the last four days, up to 20 items of armored vehicles, tanks among them, were illegally transferred from Russia across Ukraine-Russia border to support terrorist activity in Luhansk and Donetsk. Besides, APCs, heavy artillery weapons, small arms have been additionally forwarded by the Russian side. I would like to draw your attention to one of the pieces of evidence – seal of Federal Customs Service of the Russian Federation.

This is also true for the APC which is of Russian origin, has Russian component parts and was utilized by Russians.

We produce the evidence and show armament samples which are definitely from Russia. This was proved in the course of investigations, the samples were on service in identified Russian military units and illegally transported to Ukraine for further use by terrorist organizations in Luhansk and Donetsk regions.

As of now, the terrorists organizations in the ATO zone are using these particular weapons, armed vehicles, and light antitank weapon (RPG) to destroy civil infrastructure, economic potential of Donbas by demolishing roads, hospitals and power stations – everything that ensures the proper course of life in the region.

Furthermore, Investigative Divisions of Luhansk and Donetsk SSU Offices are documenting the following crimes. First, separation of children from parents. Militants are now committing the most appalling crimes. They use the lists of Ukrainian nationals who took part in elections or referendums to obtain home addresses of peaceful citizens, find them and force to slave labor – they dig trenches for free for those very militants and military criminals and generals leading insurgents. But then if a peaceful Ukrainian tries to escape from slavery, he is tortured or killed. Children in such families are forcedly separated from their parents. And afterwards they start telling fairytales about some medical treatment either in Russia or in the Crimea arranged by one of the criminals Aksionov.

Today the SSU, namely our Investigative Division in Luhansk region, initiated a criminal proceeding into all those facts and evidences that the whole world community is aware of and Ukrainian citizens, primarily. In line with the Criminal Procedural Code, we launched the criminal investigation against the Head of the Border Service of the Russian Federation. He holds the post of the First Deputy Director of the Federal Security Service of Russia (FSB), colonel general.

Reference: July 4, 2014, the SSU initiated pre-trial investigation into alleged smuggling, creation of a terrorist group or terrorist organization and illegal smuggling of individuals across the state border of Ukraine against the Head of Russian Federal Border Service – FSB First Deputy Director. It has been established that colonel general directly facilitated illegal movement of the military hardware, armament and mercenaries to Ukraine from Russia. Several dozens of military equipment (APCs, BMPs, T-62 tanks and howitzers) as well as trucks with small arms, ammunition, explosive devices and insurgents that were to be subsequently engaged in and used for fighting against Ukrainian Army were transferred across Ukrainian border to Luhansk region.

The criminal proceedings have been launched based on evidence and records of interrogation of detained agents, FSB agents among them. We are investigating and we will charge the criminal with financing and support of terrorism on our territory, illegal transfer of arms for the purpose of using it against peaceful people by terrorist organizations in Luhansk and Donetsk regions.

Besides, we will thoroughly gather all the evidence and conduct the investigation. And any possibility to question this person, no matter where he is, in what country, will be our very important request to international partners.

Second, today we’d like to reveal one of the so-called coordinators, so that everyone understands once and for all, how seriously the Russian party takes organisation of subversions and terrorist attacks.

He is a GRU major general Travkin. He was the one to gather on June 24 militants, terrorists, organizers and leaders of illegal armed groups in Rostov-on-Don. In this very city our former president was seen; all the gatherings, training courses took place; guidance and money were received and afterwards militants were again returning to our country.

Reference: The Security Service of Ukraine has established the involvement of the GRU officer, the Russian citizen Valerii Yuriovych Travkin in the delivery of weapons from Russia to the armed groups and mercenaries in the eastern Ukraine. V. Travkin together with his affiliate from the GRU a.k.a. ‘Grek’ organized supplies of heavy armaments from Rostov region (Russia) through the so called ‘corridors’ at the Ukrainian – Russian border. It has also been established that, having experience in combat operations in Chechnya, he was training militants for the terrorist organizations in Luhansk region. The SSU has revealed that the foreign intelligence officer was one of the organizers of the coordination meeting of DNR and LNR terrorist groups leaders held on June 24 in Rostov-on-Don. Leadership of special services and Russian governmental officials participated in it as well. During the meeting, the Russian side called for direct subordination of terrorists, militants and mercenaries acting in the east of Ukraine to the Russian Ministry of Defense.

Every leader, saboteur, resident agent in charge of a diversionist ring, has his supervisor. And this supervisor gets in touch with them and provides instructions from Russia. Their phone numbers, addresses, nicknames and even documents intercepted on their way from Russia – everything is in our files.

We were authorized by investigators to make some of the materials public and we will keep on doing that in order to a) at last put an end to these illegal military activities; b) reestablish the principle of imminence of prosecution, for all the ordinary people and officials who are now from Russia remotely facilitating terrorists in Ukraine to understand that they will not avoid responsibility, criminal proceedings on their crimes will last until the court hearing.

Next, we underline that separatism and terrorism financing is being carried out with the help of both Russian banks and former officials, including the high ranking officials of the Ministry of Defense of Ukraine. We have evidence proving illegal activities of one of the former assistants to the ex-Minister of Defense. His last name is Salivanov. The money which was stolen in the Ukrainian Ministry of Defense, including on tenders, is used for separatism and terrorism financing. And finally, the third source of separatism financing is International Press Institute, headed by Mr. Kyseliov, who insidiously and impudently comments, but in fact, perverts information coming from Ukraine. Together with the State Financial Monitoring Service of Ukraine we immediately freeze and block accounts in 2-3 hours as soon as we get to know about them from the citizens and the social media. Illegal activity of terrorist organizations is also an indicator. Frozen accounts don’t mean that investigation is over. We have already begun revealing identities of those responsible for organizing and financing terrorism in Ukraine, as well as launching criminal proceedings against them, in particular against the chief of the mentioned entity, who is accused of financing of terrorism and facilitating terrorist activity.

The next issue – we would like to provide a more comprehensive report on recruitment and sending mercenaries to Ukraine from the Russian Federation. We have already published photos and videos featuring people who refused to fulfill criminal orders, gave evidence, specific addresses, instructions, they even returned money they had received in Pskov and other training camps and mercenaries’ recruitment facilities in Russia.

Among recruiters, who train and send to our territory people, mercenaries, to be exact, are a lot of military men. They are well-known in the Russian Federation. We do understand that not only those mentioned generals, but also another militaries participate in recruitment of mercenaries. According to the documents available to the SSU, such seemingly forgotten entities as the MMM – Russian financial structure – are funding mercenary recruitment facilities. Two MMM fraudsters even call themselves members of Donetsk People’s Republic terrorist organization in the Russian Federation, as far as in Kurgan region.

That is all even more cynical due to the fact that the financial organization, which is globally notorious for stealing money from their own citizens, Russian citizens, is now using the money to fund separatists and terrorists on the territory of Ukraine. Currently, the SSU cannot disclose their last names, but I can reassure you that they are under investigation in Ukraine.

One of these MMM fraudsters was previously detained in India on the same charges. Nowadays, Indian special services assist us with the investigation, which is above all directed at cracking down on money funneling channels from MMM to terrorists in Donetsk and Luhansk.

This individual has been interviewed and confirmed that both weapons and instructions are coming from Russia, from specific military units in Rostov region and their respective commanders. 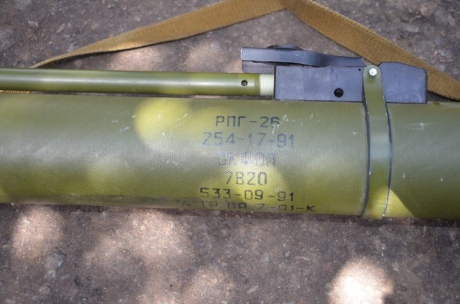 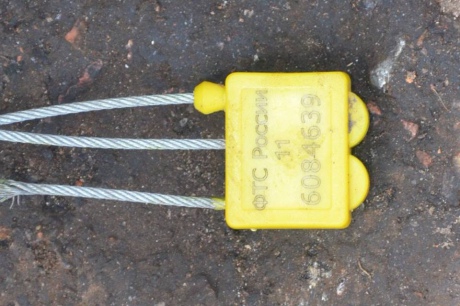 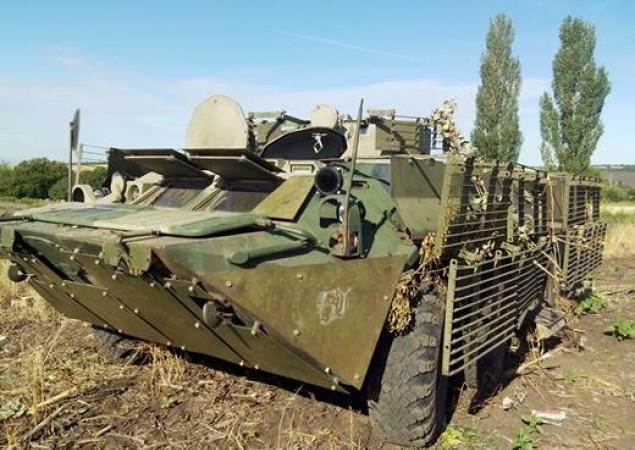 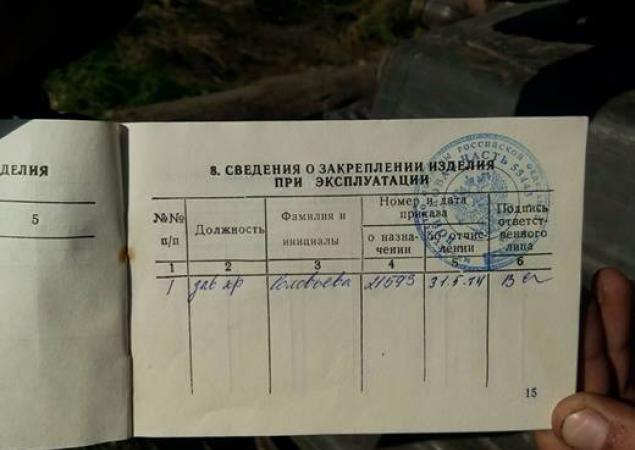 2 Responses to “Briefing of The Head of The Security Service of Ukraine Mr. Valentyn Nalyvaichenko”