Considerations on the North Caucasus Militants in Donbas 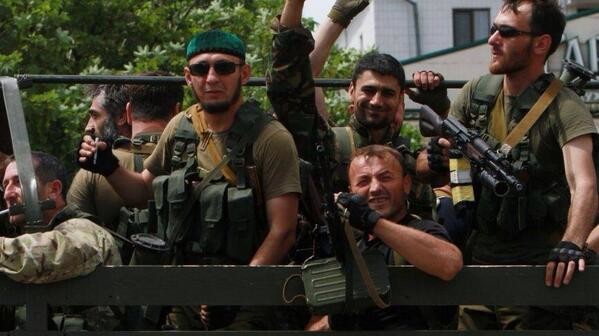 There are more than enough photos and videos of the North Caucasians from the Donbass in the Internet. Without a doubt the official Kremlin backed off but they are first-rate in playing dirty and decided to play with the fire and let North Caucasians burn their fingers.

The fact is that Russia raised several so-called National Battalions in the Southern Military District. In particular, these are:

– Special battalion of the 18th Motorized Rifle Brigade stationed in Kalinovskaja (Chechnya). The battalion is staffed by local Chechens, mostly former and amnestied militants which later served in Yamadaev’s “Vostok” (“East”) battalion. The unit is structurally a part of the brigade but in reality is supervised by the GRU;

– Special battalion stationed in Troitskaya (Ingushetia). It is conditionally included in the  19th Motorized Rifle Brigade which is located in Vladikavkaz (North Ossetia). It is staffed by Ingush contractors who have combat experience in counter-terrorist operations. It is also supervised by the GRU;

– National Battalion from the 4th Russian occupation military base located in Georgian region of Tskhinvali (so-called ‘South Ossetia’). It was raised two years ago by South Ossetian separatists and militants which terrorized Georgian villages and have combat experience. Supervised by the GRU. 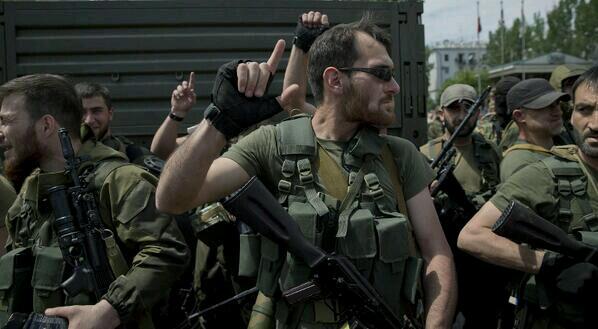 These three national battalions totals approximately 1,200-1,500 soldiers were reserved for a special occasion. Well, here they are… these guys popped in the Donbass. I am not going to dilate on this any further, I will just note that among these enforcers there must be both Chechens, Ingush and Ossetians. Hopefully, the national security will soon please us with the demonstration of live or better yet, cold “uninvited guests”.

2 Responses to “Considerations on the North Caucasus Militants in Donbas”