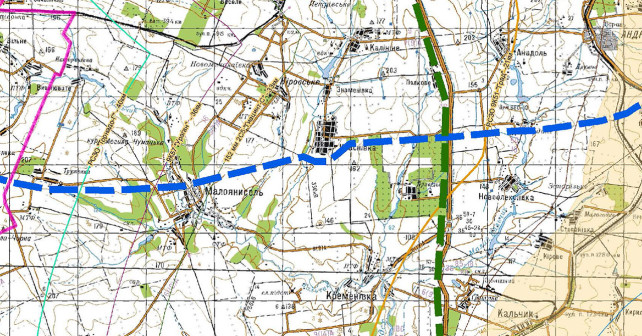 The demarcation line between the Ukrainian Government forces and the DNR/LNR/Russian forces set out with the signing the Minsk agreement hasn’t been set out publically before. The InformNapalm team has managed to get the documentation from that agreement that someday will form the basis for history textbooks of Ukraine for the period of the liberation war against the Russian invaders.

While the ceasefire remains extremely shaky with ongoing attacks on Ukrainian forces, and the active training of DNR/LRN militia, one does not know how long the demarcation line will remain in place. According to one forecast, the Russians will initiate an attack on the 15th of January or even earlier, others are predicting a resumption of fighting in the spring of this year. In any case, the demarcation map remains relevant in the current context.

The original of the electronic version of the map was obtained from a source close to I.Plotnitsky the leader of LNR and A.Efremov the former Chairman of the fraction of the Party of Regions, on condition of complete anonymity. The parties which agreed on this document are marked on the map.  Among them there are I.Plotnitsky, representatives of the Ukrainian side and the monitoring group of the OSCE.

InformNapalm presents this information in the public domain for the first time, although it is no secret to any of the parties of the conflict.

The map of the force delineation in Donbass 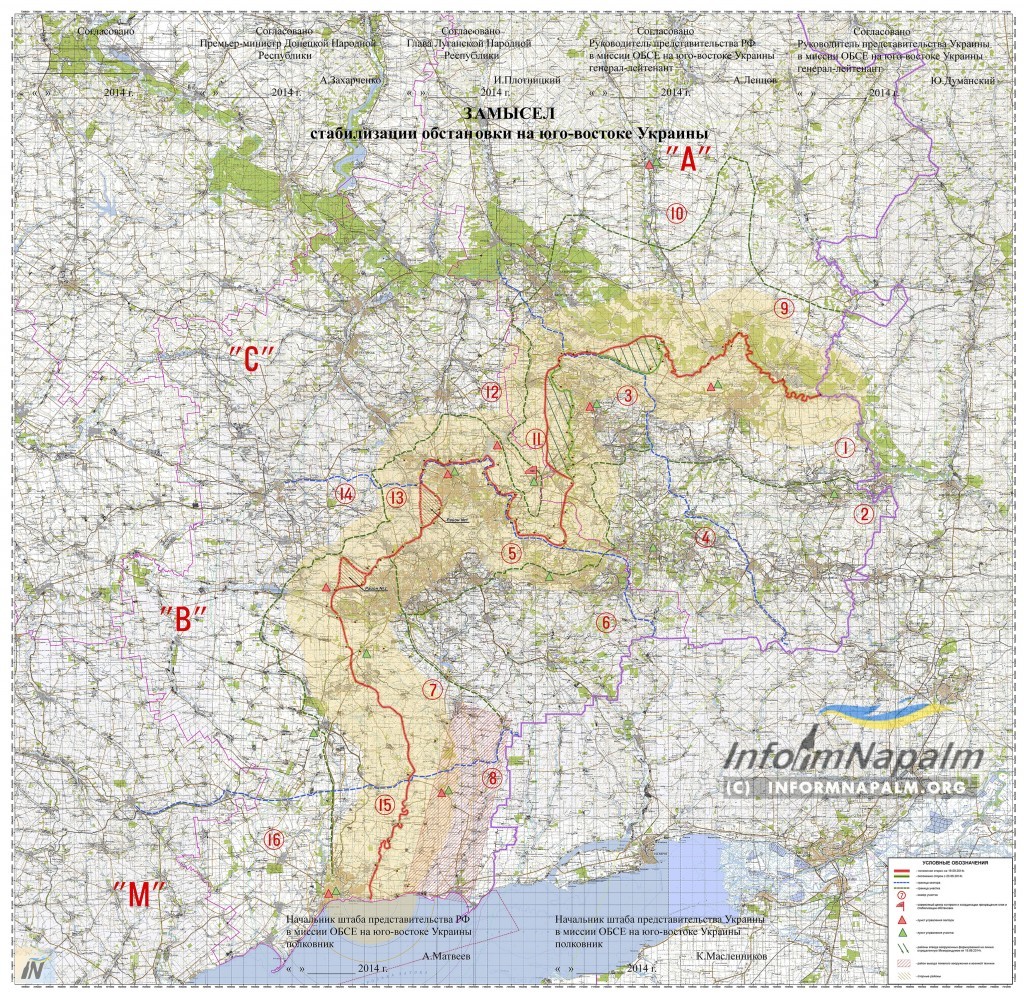 The map with resolution of 3078 * 3000 available here: map of the force delineation in Donbass.

For reference: The Minsk tripartite agreement on a cease-fire in the two Eastern regions of Ukraine was reached on September 5, 2014.  On the 19th of September the representatives of Ukraine, as well as the unrecognized groups of DNR and LNR,  mediated by the representative of Russia, signed a memorandum in Minsk in pursuance of paragraph 1 of the Protocol, in addition to other measures designed to strengthen arrangements for bilateral cessation of the use of weapons: withdrawal of heavy weapons (over 100 mm calibre) at 15 km from the contact line between the parties as of the date of the signing of the memorandum, and the formation of a security zone ban on flights of combat aircraft and drones,   and a ban on installation of minefields in the area of security. Also in September, a Working Group of the Cooperative Centre for coordination and monitoring of the ceasefire was established, which included representatives from the Ukrainian Government, the OSCE monitoring group and 76 members of the Russian armed forces headed by the Lieutenant-General A.I. Lentsov the Deputy Commander-in-Chief of the Russian ground forces.