No Consulate of DPR in Czech Republic. Court of Appeal confirmed the regional court’s decision 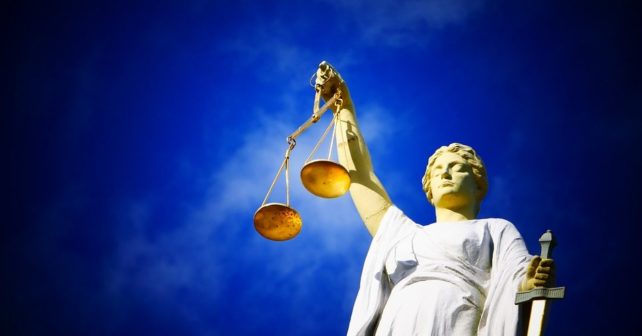 The appeal filed by the self-proclaimed “Honorary Consul of the Donetsk People’s Republic” Nela Liskova in the Olomouc Supreme Court proved to be useless. The court confirmed the decision of the court of first instance and finally ceased the activity of “The DPR Representative Center”, the organization founded by Ms. Liskova in Ostrava two years ago.

Liskova came to the court at the last moment and without a lawyer. During the hearing, which lasted about half an hour, she did not even take off her coat and only repeated the words she had said in defense of her organization in the Ostrava District Court.

“On this occasion, I will not tell you anything new. I think that during the preliminary court proceedings, I expressed my views quite clearly. I support my statement. I do not have anything to add,” Liskova said in court

On the question of Judge Anna Yezhikova about whether Liskova wanted to read her complaint or to add anything to it, Liskova answered that she did not understand the grounds for closing her organization, as the court had previously approved its formation. She called the trial a political decision, initiated by the Ministry of Foreign Affairs.

“It is perceived by me as a pressure on legal proceedings. After all, in our country there are various associations of citizen – for example, a fishermen association, a society of dog lovers, my organization “The DPR Representative Center” – and they all have to meet some standards that allow the associations to start their activities,” Liskova said, stressing that she sees nothing bad in friendship between the two Slavic peoples.

Changing the statute two days after the formation of the organization

The judge rejected Liskova’s argument about the lack of grounds for termination of the organization since its formation was preliminarily approved by the court, referring to the fact that “The DPR Representative Center” amended its statute two days after its formation. If in the initial version it was said that the association cooperates with the Donetsk Oblast of Ukraine, the amended version stated the cooperation with the “Donetsk People’s Republic”.

Liskova saw no problems in changing the statute. “This is a normal process. Taking into account that the association of citizens is undergoing a certain development, its statute may be amended. If the general meeting is convened properly and all members of the association support the relevant proposal, there is nothing wrong with this,” Liskova said.

However, as previously reported to HlídacíPes.org, by a former member of the organization Petr Viktorin, no meeting of members took place before amending the statute.

“No official meeting was held and could not be held. In accordance with the statute, the chairman is required to call the meeting thirty days prior to it. In this case, it was impossible because then Liskova had to make such a notice twenty eight days before the association was formed as such,” explained Viktorin, adding that his signature on the document was obviously forged.

“I will continue to work”

Liskova said that she expected such a court decision. “This did not surprise me. As for further action, I will consult with my attorney,” she said, stressing that she contemplated the possibility of appealing to the Supreme Court.

According to her, the closure of “The DPR Representative Center” will not have any effect on her own activities. She admits she possibility of creating a new association of citizens. “As for my activities, I will definitely continue my work,” summed up Liskova.

On the topic, read also:

Donetsk Separatists’ Office in the Czech Republic: Facts and Fantasies

Protests against “The DPR Consulate” in Ostrava

Court closed “The DPR Consulate” in the Czech Republic

Member of the “National Self-Defense” does not give up, keeps fighting for “The DPR Consulate” in the Czech Republic

No Responses to “No Consulate of DPR in Czech Republic. Court of Appeal confirmed the regional court’s decision”