Operational Situation as at September 25, 2014 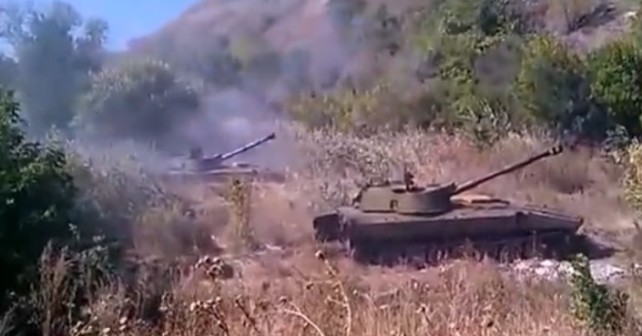 Over the past few days we have got to know of at least 5 cases when negotiating groups of the local separatists came to emplacements of Ukrainian military in the Donetsk and Luhansk regions with additional requests under observation of truce. The local militants stated that they honored the agreements of the peace plan but as a result of that they had confrontations with Russian Cossacks and uniformed services (representatives of the Armed Forces, Main Intelligence Directorate of the General Staff, and Federal Security Service of the Russian Federation). Those representatives tried to force them to break the truce and perform provocative attacks. Because of this, the separatists asked Ukrainian military not to fire back and assured that “they will sort it out with the Don Cossacks, Chechens, as well as the feds who continue to provoke attacks”.

At the same time we receive information that the federals are preparing anti-retreat forces and have even already threatened with executions for refusals to assault Ukrainian emplacements.

By the way, there is a video in the Internet how one of the Russian battalions, “Kalmius”, despite the peace agreement, continues to shell Ukrainian emplacements from 2S1 Gvozdika and 2S3 Akatsiya self-propelled howitzers.

Recall that over the last days the number of internecine confrontations between the terrorists and the Armed Forces of the Russian Federation has significantly increased. After one of the militant groups in Donetsk had blown up 4 howitzers and one 2S4 Tyulpan large-caliber mortar of the Russian Forces that had performed provocative shelling of Ukrainian emplacements, there were several clashes between the groupings with different political views. After that there were several cases of mortar shelling of warring factions, which resulted in loss of both military equipment and manpower.

Besides, some terrorist groups, which do not honor the truce, continue attempts both to shell and even to attack Ukrainian emplacements. For example, today in the area of Nikishyne militants conducted another attack. As a result, there are 2 wounded and no killed from the Ukrainian side, the attack was repulsed, all checkpoints were held. There were casualties among the terrorists, however, the exact number is not known.