Russia started a covert military mobilization on June 24, 2014. Russian military reserve members received written mobilization orders over the last few days. A resident of Petrozavodsk showed the order, which he received on June 26, 2014.

Recipients of the written orders did not get any comments. However since Russia is not officially in a state of war people suspect they might be sent to the Eastern Ukraine to defend the newly formed union of Donetsk and Luhansk People’s Republics. This opinion was written in a blog by one of the reserve members who received the letter shown below.

Taking into account that a few of Russian 9K720 Iskander mobile theater ballistic missile systems and S-400 Triumf mobile surface-to-air missile system have arrived to Belarus we suspect that the mobilization will not only support the existing terrorist groups in the Eastern Ukraine but also serve as a preparation to more advanced military actions. This information needs to be taken into account by all of the European countries.

For the reference, on July 3rd Minsk will host a military parade devoted to the Independence Day of Belarus as well as to the 70th anniversary of liberation of the country from Nazi invaders. 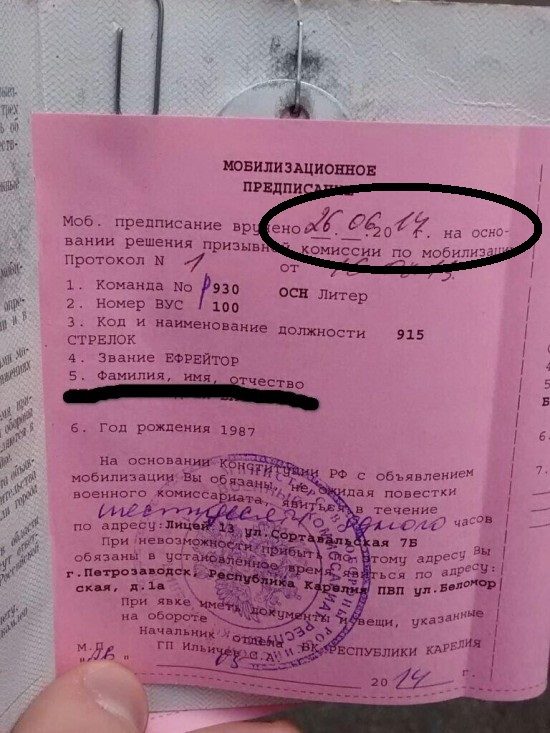