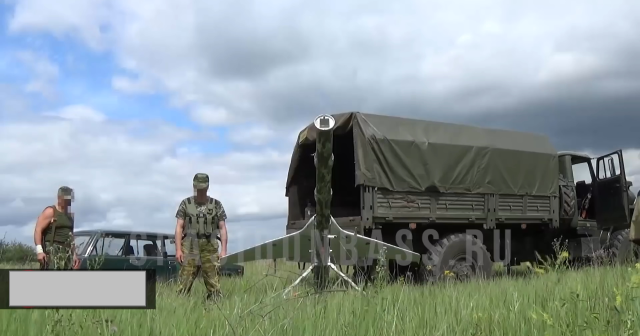 Several days ago militants boasted of new ‘Eleron-3SV’ drone which they ‘bought’ in a supermarket in the occupied Donetsk.

Thanks to the foreign friends we could identify the exact location of the ‘Eleron-3SV’ drone filming and launching – the Dontesk outskirts.

The aircraft is hermetical. The navigation and piloting systems are made of the newest hardware components and this dramatically extends drone’s capabilities. The software is re-worked. The load-carrying and climbing abilities of the drone are increased. It is acoustically invisible. 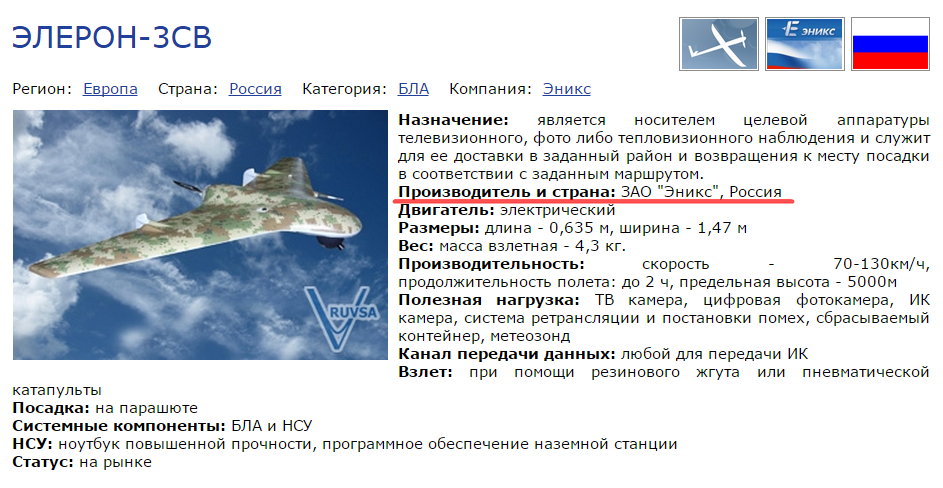 According to the manufacturer web site (in Russian) the working range is up to 15 miles.

Please note that testing of this Russian remote observation complex ‘Eleron-3SV’ finished in 2012 and Russian Ministry of Defense put it in service in 2013. Also it was officially stated that Russian MD would buy from ‘Eniks’ company 34 close range recon drones in 17 ‘Eleron-3SV’ sets. The budget of the agreement is about 100 millions of rubles, and the shipment started in Q1 2014 (in Russian). 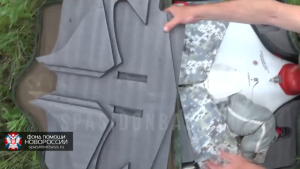 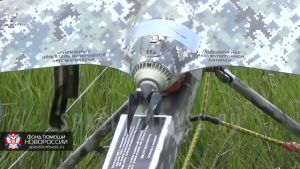 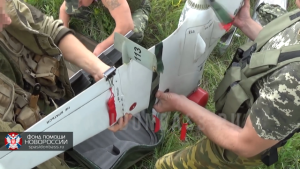 Key points in the video:

The roof of the high building and the chimneystack are located at the Olenivsky Cereal Products Plant (the village of Olenivka, Volnovakha raion). The exact coordinates. 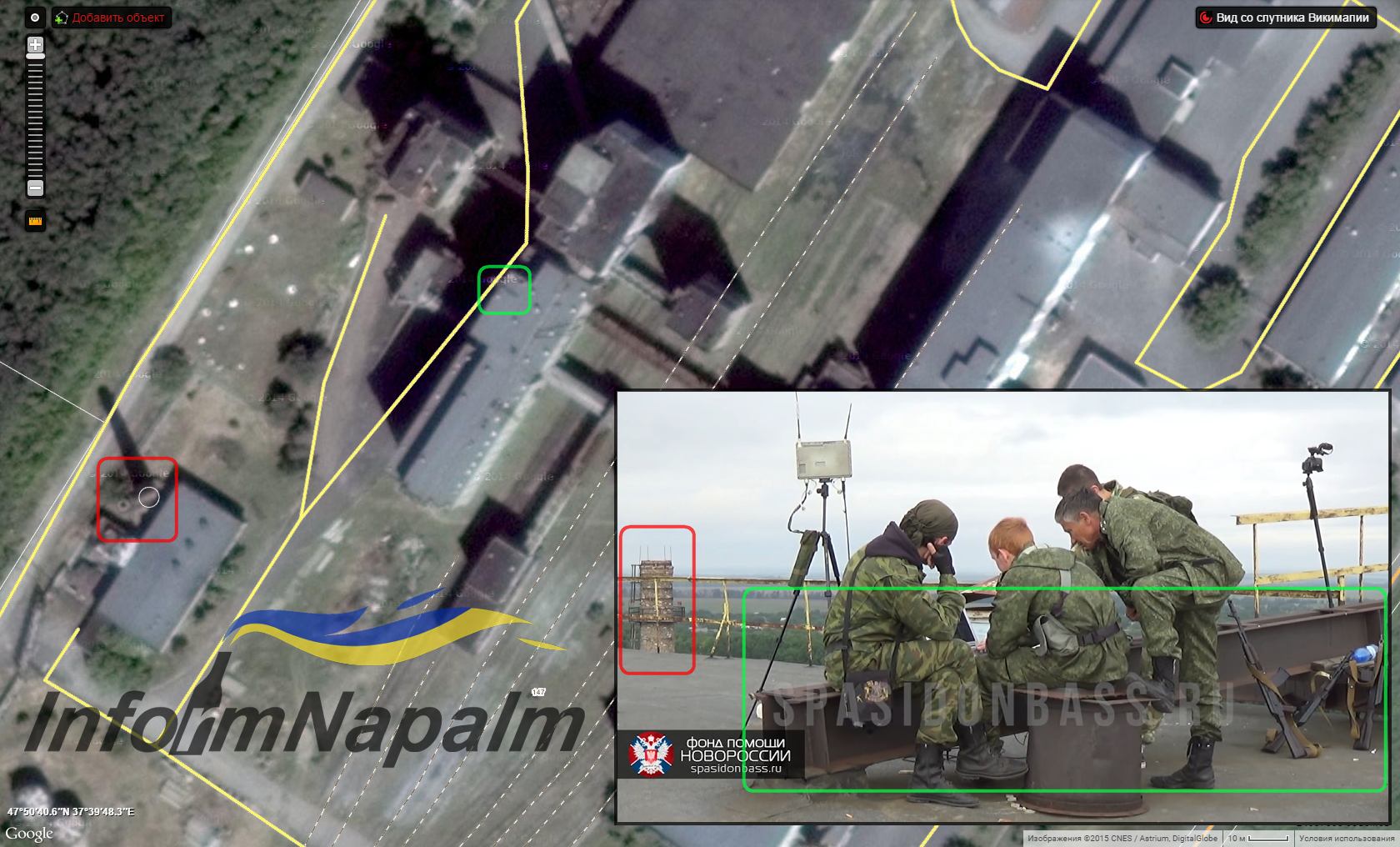 You can compare this place with the photos from panoramio. 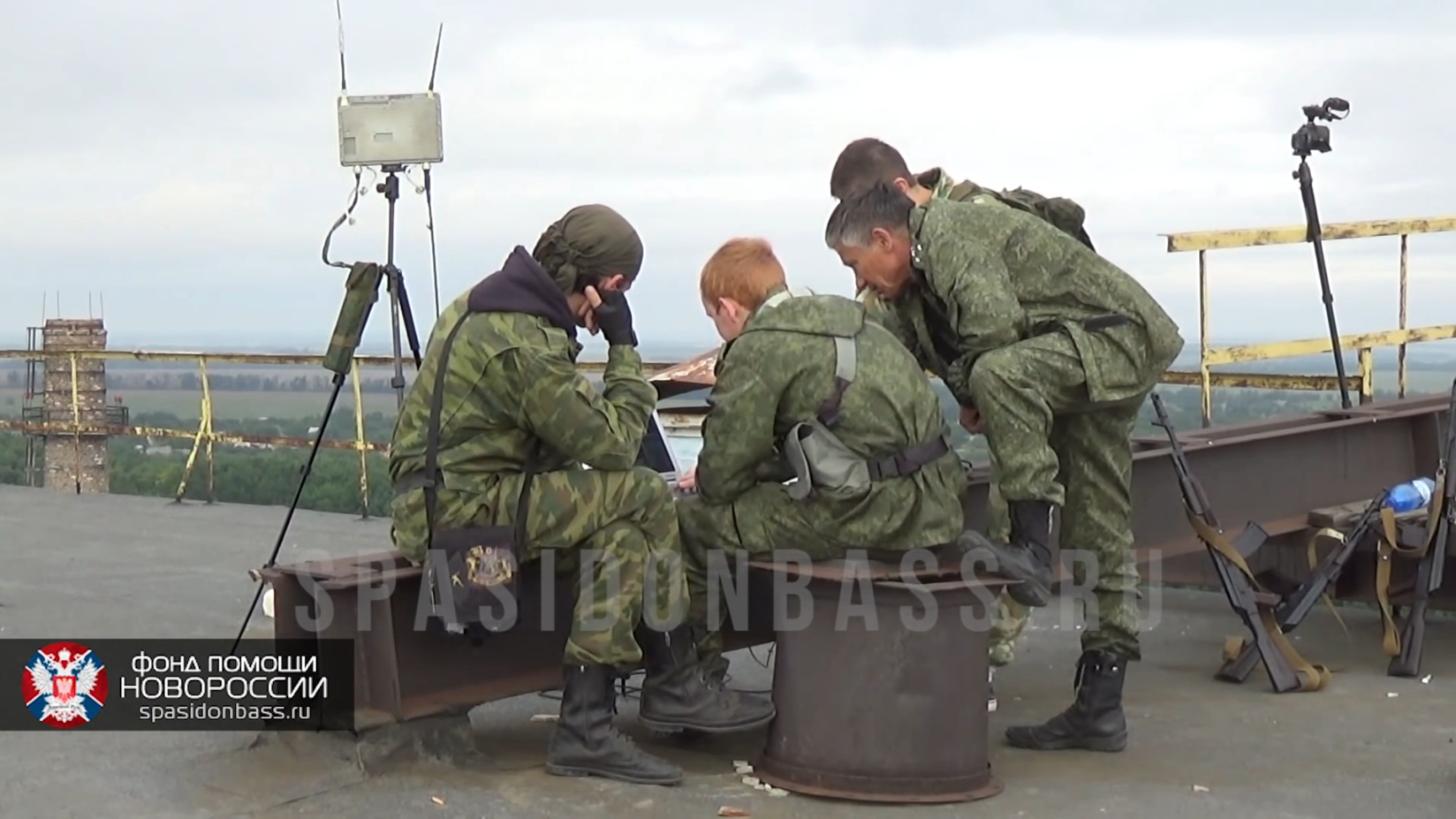 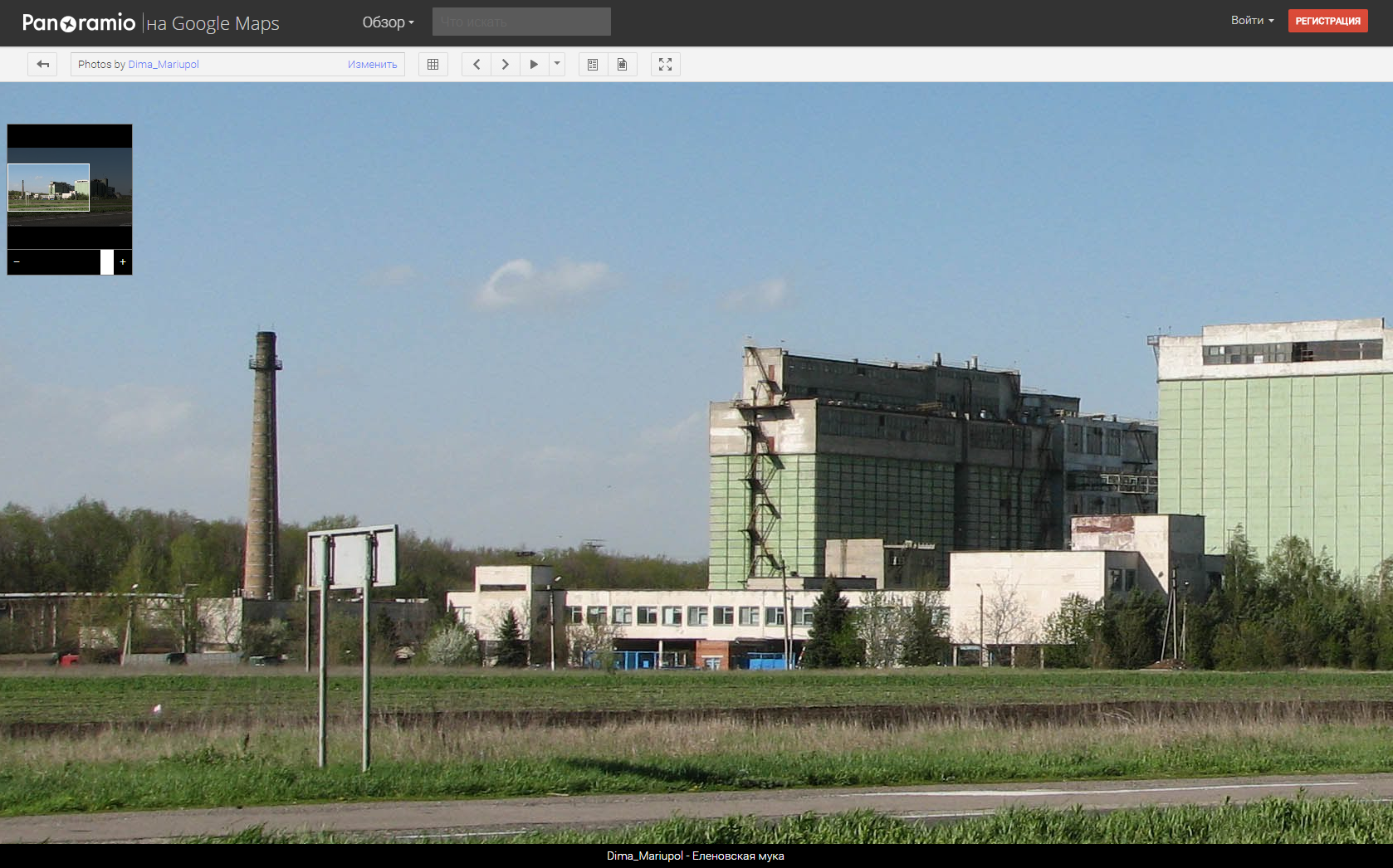 The “the gob pile and the cage shaft” frame – this is the gob pile of ‘Trudovskaya’ mine No. 5-bis, located in Donetsk. The exact coordinates. 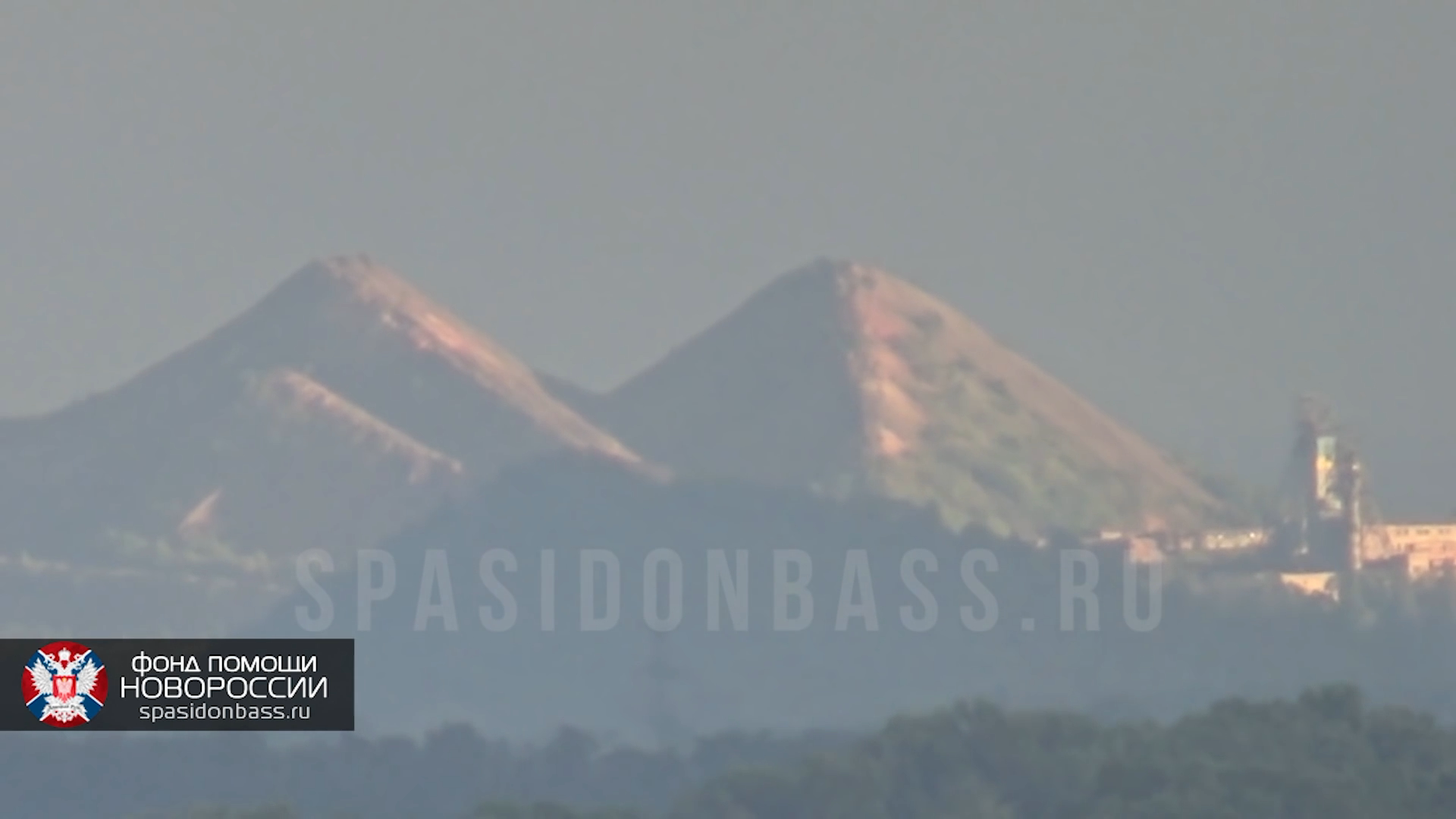 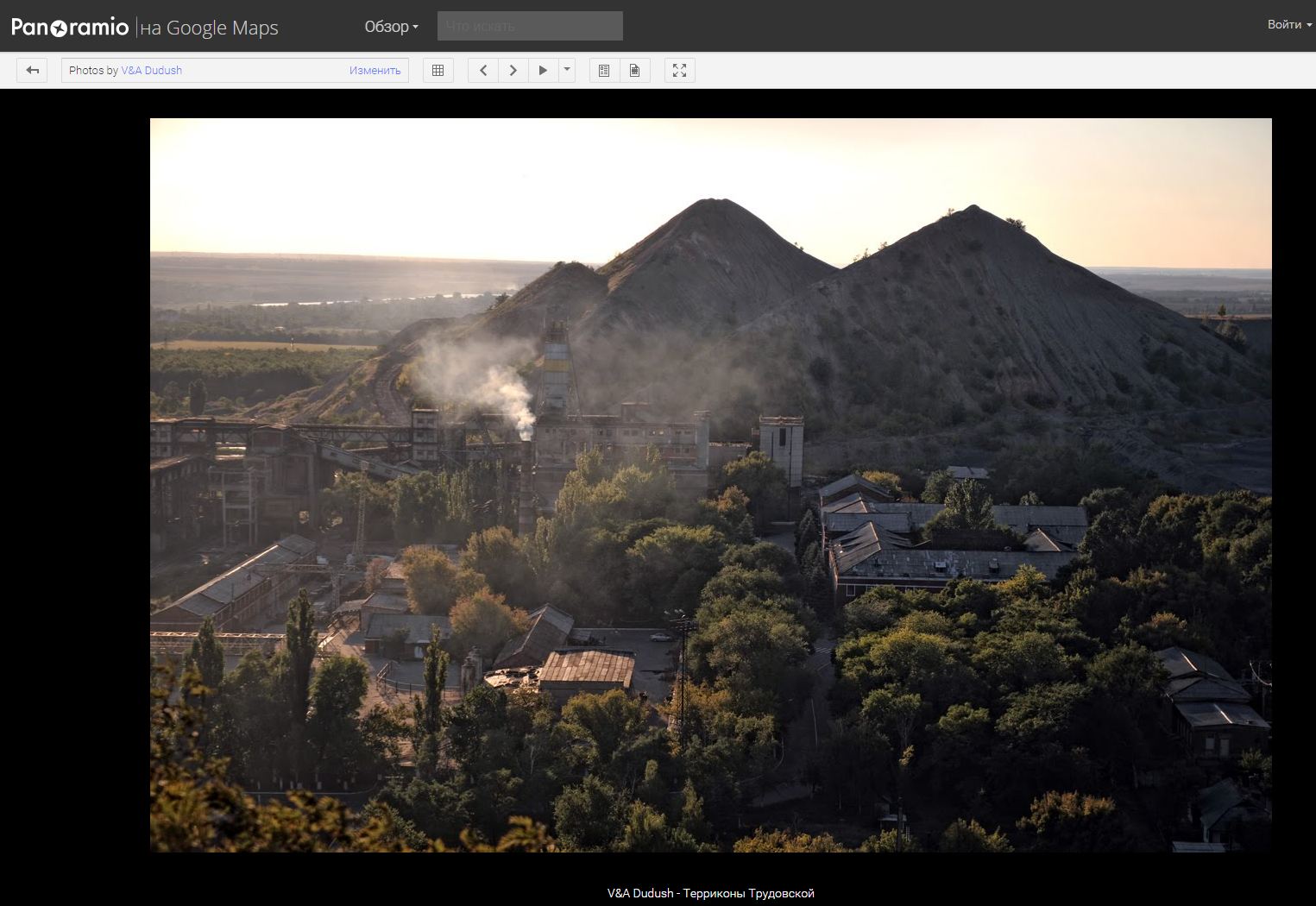 ‘Eleron-3SV’ launching site and the video frame with the Russian mercenary and non-conical gob pile in background was not identified since it can be different each time. But a good (high) place to pilot the drone is the same in most cases.

Please note that the drone launching moment (same as the gob pile) was filmed from above with zoom. It seems that the video was taken by the camera on the cereal product plant roof.

Thank you very much @5urpher

3 Responses to “Russian Drones in Service of Donetsk Militants”