Russian Tanks at the Northern Border of Luhansk Oblast 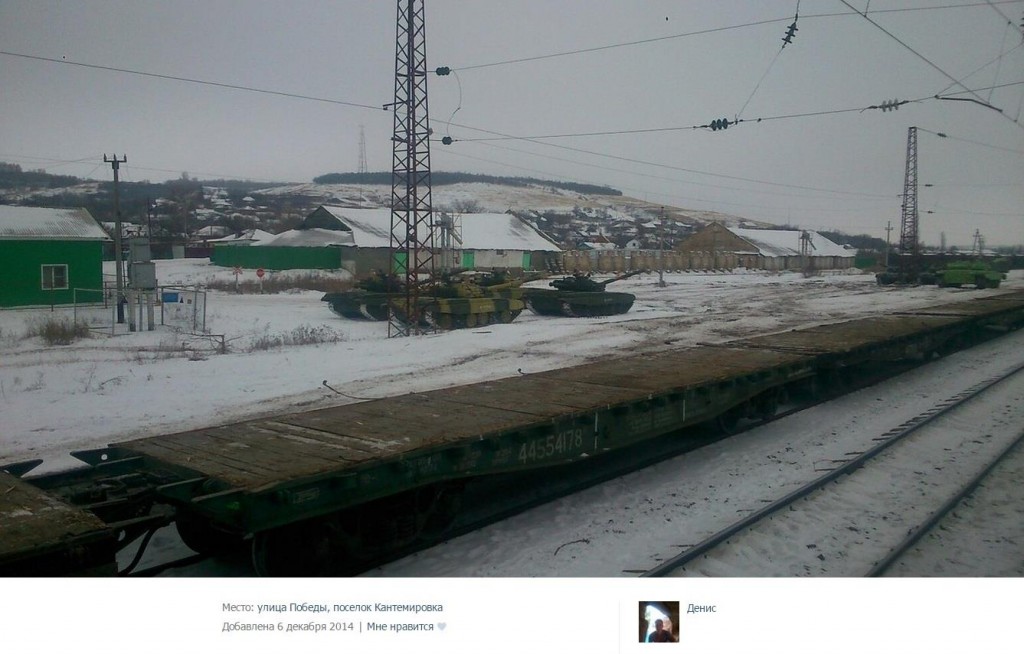 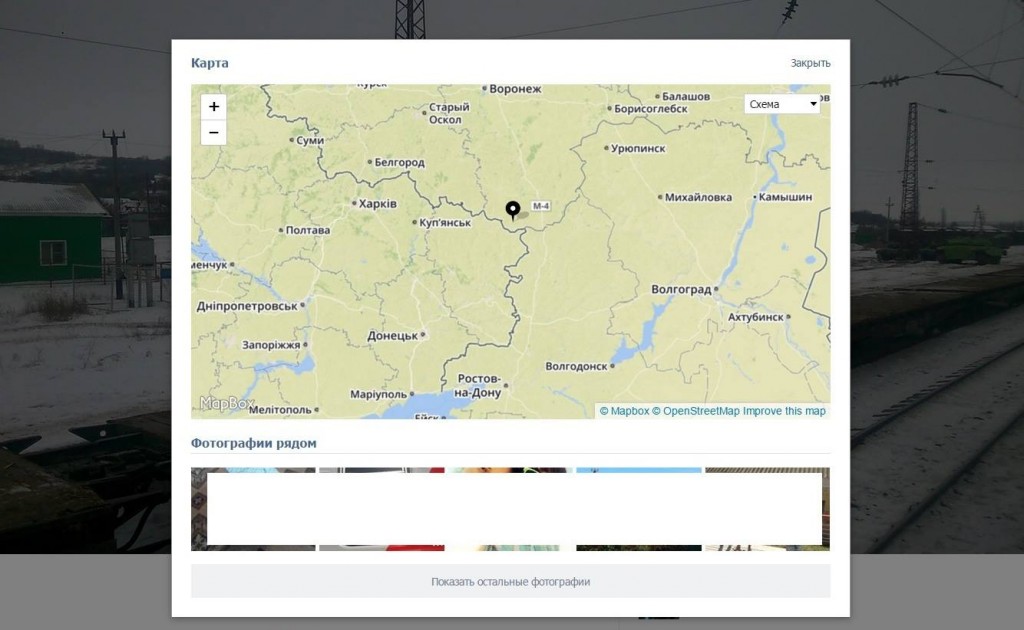 It was neither possible to establish any particular military unit to which these tanks might belong, nor to answer the question whether the tanks were loading or unloading. According to the comments of competent readers, the photograph captures the unloading process: “It’s unloading. Fasteners are used only when transporting. Their remains can be seen sticking out on the far sides of the cars and in the snow.”

Another interesting comment: “This is one of the Russian Railways’ problematic areas and the most strategically important one. This railway connects Caucasus and Rostov-on-Don to Moscow and Voronezh. In fact, it’s the shortest railway path between Central and Southern parts of Russia. A 37-kilometer stretch of railway, connecting Moscow to Rostov and the Caucasus, passes through the territory of Ukraine, but is not connected to Ukraine’s railway network. This is the area where not only passenger trains from the Central Russia to Sochi, Adler and Anapa pass through to Rostov Oblast, but military echelons with tanks and ammunition as well., The echelons are then unloaded in Millerovo, Kamensk-Shakhtinskiy, Novoshakhtinsk, Novocherkassk, all located close to Ukraine’s borders…”

We would be grateful if there are readers among railroad workers who have access to relevant databases and who will determine the point of dispatch/destination and route of the echelon by the car’s number, 44554178.