When the French engineers and inventors Paul de Faget de Casteljau and Pierre Étienne Bézier came up with the idea of Bézier curves in the middle of the last century — they hardly thought about the fact that in the XXI century — the age of the ideal curves, electric cars and digital jazz, another European nation will start a war against its peaceful neighbor, with which it is linked by cultural, economic and family ties.

More than a year the team of InformNapalm volunteer project systematically gathers the evidence proving that the war in Donbas is waged not by a bunch of marginals, but by the career servicemen of the Russian army. The strange thing is that most of the evidence is provided by the Russian servicemen themselves and not by some kind of experts or investigators.

A healthy person’s mind is designed to find explanations of what oneself is doing, no matter how terrible these deeds are, even if it is a homicide. This can be the most probable explanation of the extraordinary activity demonstrated by the Russian soldiers in the social networks. Seeing and feeling the abyss of the Russian propaganda ‘from within’, these people publish the selfies and photos of their weapons, colleagues and the locals in the hope to justify themselves and find support from the online friends.

All that is left to us is the hard work of finding, documenting, sorting, identifying and geolocating these photos and reporting the truth all over the world in the languages of the countries where the truth about the war in Ukraine is not known at all or is known vaguely. We did this not only to examine the actual participation of the Putin’s regime in the war in Donbass, but also to help the Russian society understand itself when the insight time comes. If it will never happen, then let it be the chronicles of the fall of a great and meaningless empire.

The starting point of each curve is the point of permanent deployment of a military unit in the territory of the Russian Federation (the “Units” tab in our database). The final point is the place of the incident in the territory of Ukraine which involved the servicemen of this unit (the “Incidents” tab in our database). Now we suggest you to see the ‘Bézier curves’ of this war, and then take a look at our database and think of the ways to overcome. To overcome the brutal force with the intellect. 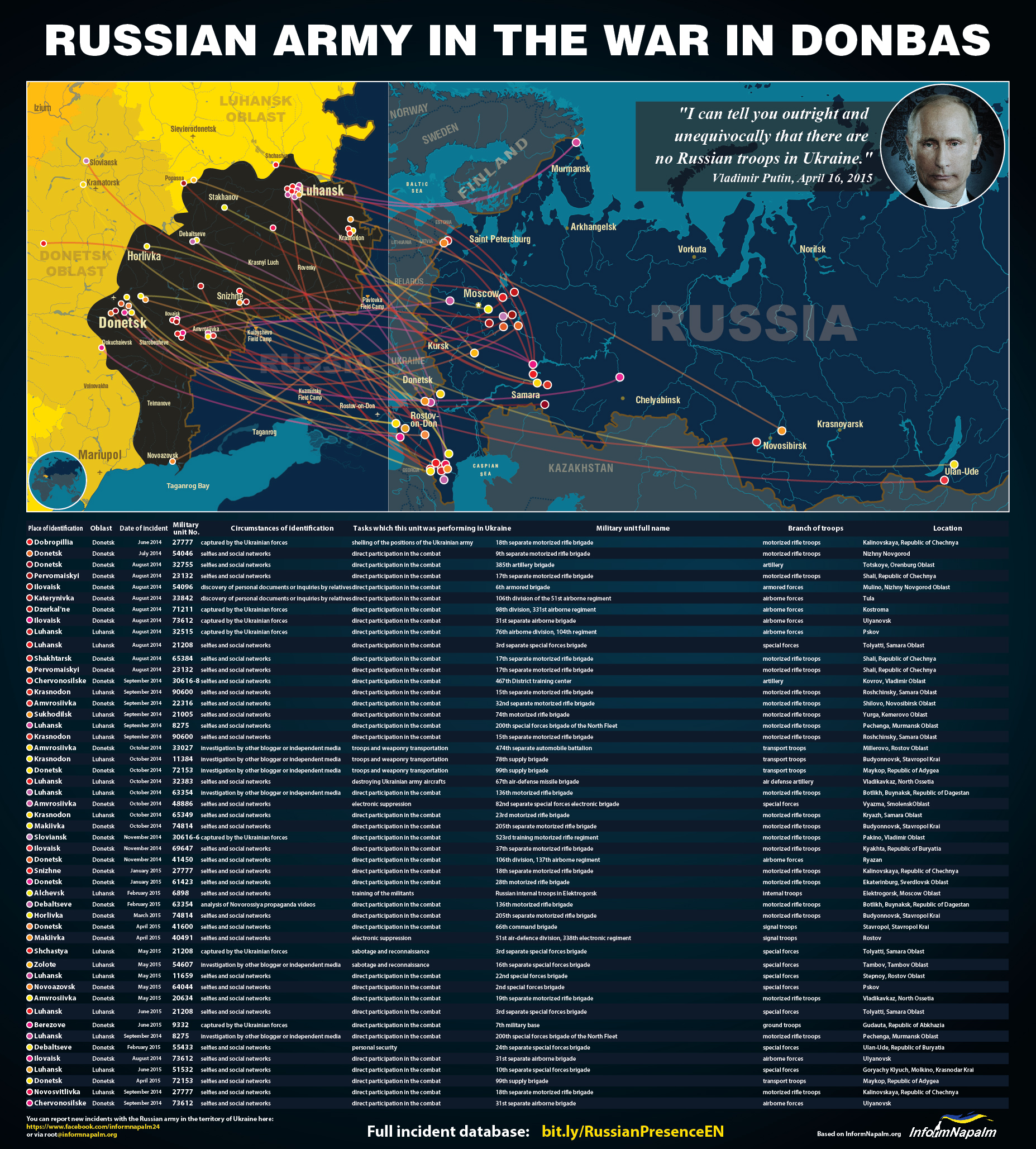