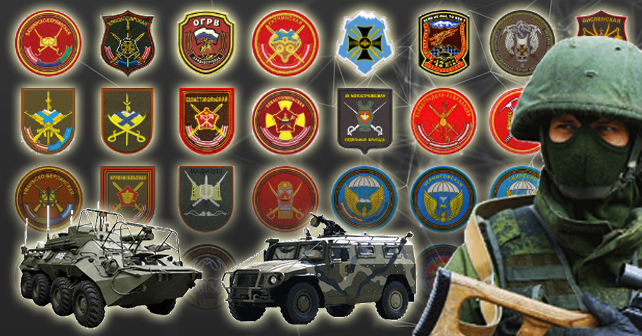 Today, on April 12, InformNapalm volunteer intelligence community presents its interactive database, mapping Russian aggression against Ukraine as well as Georgia and Syria. The searchable web site titled Russian Aggression is the summary of the findings collected by our volunteers over four years. More than 2000 OSINT investigations performed by InformNapalm have been systematized and divided into two groups: Russian weaponry found in Donbas, and the units of the Russian army taking part in the aggression against Ukraine and Syria, as well as in the occupation of Georgia.

The body of this database deals with the facts of the large-scale Russian invasion in Ukraine.

More than 2630 Russian servicemen from 101 units of the Russian army and other law enforcement and security of Russia, as well as 50 types of Russian weapons and equipment, which could not have been captured in combat, and were secretly brought to Donbas.

Images of the patches of military units and photos of equipment are clickable links to the texts of our investigations.

The Russian Aggression database will be useful to journalists and experts who are studying Russia’s participation in the armed conflicts and hybrid wars.

At the moment, the database is available in Ukrainian, English, Bulgarian, Deutsch, Czech and Russian. 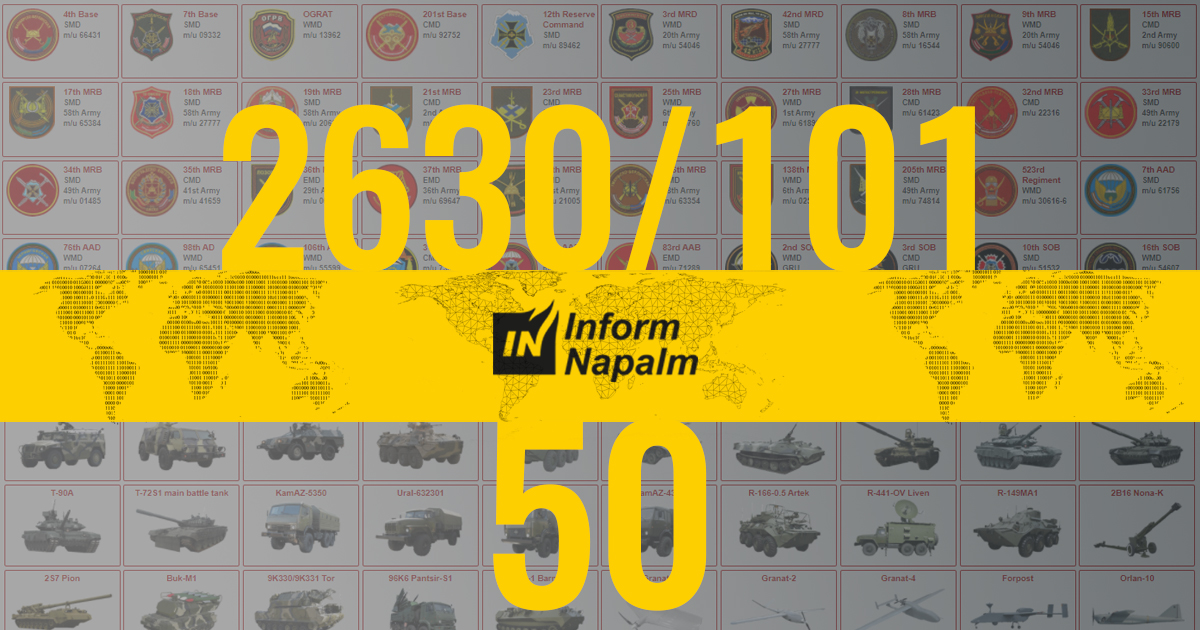 InformNapalm Volunteers call on the editors of web sites and mass media outlets to write about the appearance of this database, put up a text or banner link to one of its language versions, share the news with friends and connections in social networks. We believe that this piece of systemic investigative data collected by our community will be of value not only to journalists and experts.

Every new lie of the Russian propaganda must be exposed with the light of evidence and facts. Let’s write together the history of the fight against the aggressor and expose the committed hostilities to the international community at diplomatic meetings, on websites and internet forums. Thus we can contribute in stepping up political and media pressure on the Russian Federation. We invite you to join the peace enforcement effort!

The publication was prepared by InformNapalm. Distribution and reprint with reference to the source is welcome! InformNapalm materials are available under a public license Creative Commons Attribution, CC BY. The condition for using our materials is a hyperlink to the original source in the first or second paragraph of your publication. InformNapalm social media pages:

No Responses to “Proofs of the Russian Aggression: InformNapalm releases extensive database of evidence”