Military counterintelligence of the Security Service of Ukraine (SBU) detained three criminals, residents of Krasnoarmiisk (Donetsk region). Following instructions of their curators from the DPR, the detainees intended to create a terrorist organization in Krasnoarmiisk. 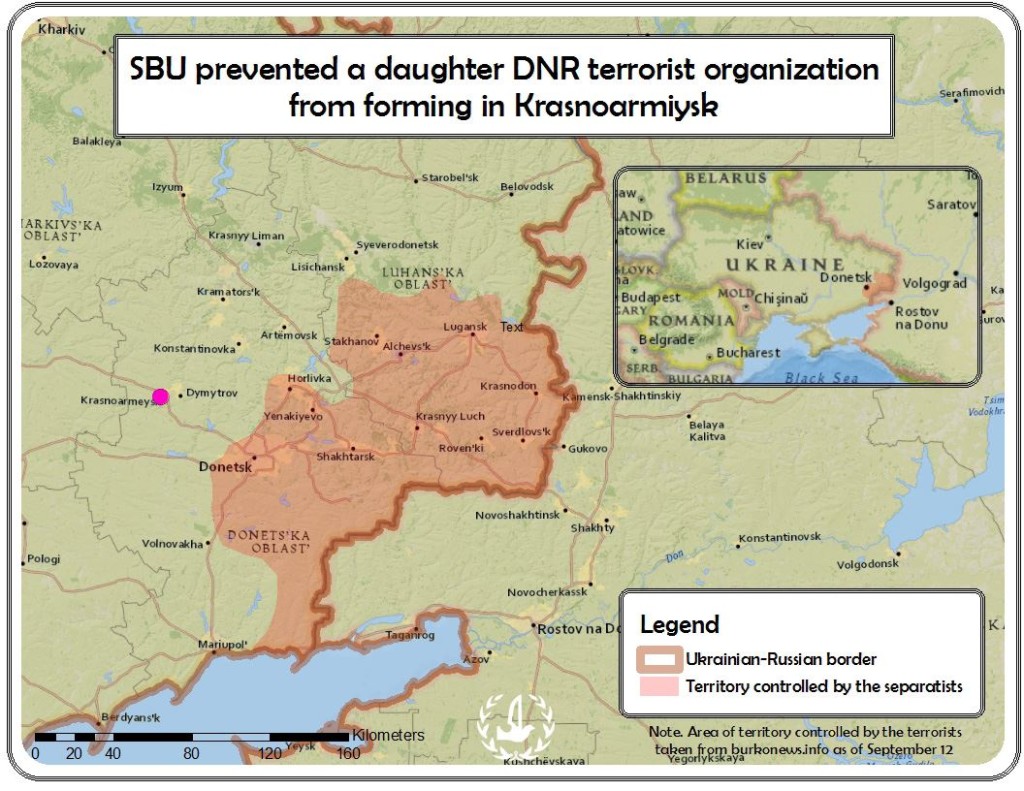 It was established that the organization was to consist of small diversionary reconnaissance groups with 5 militants in each group. Professional instructors from Russian special services had been already invited to train the militants. Missions, weapons and ammunition for sabotage and terrorist acts were to be obtained in the DPR headquarters.

According to the detainees, they have been collecting information on the personnel, armament, disposition of the ATO forces, as well as information on local patriots and volunteers assisting Ukrainian military, since June. They passed that information to DPR terrorist groupings.

Criminal proceedings against the criminals in terms of Article 258-3 (Creation of a terrorist group or terrorist organization) of the Criminal Code of Ukraine have been initiated.