The Security Service of Ukraine (SBU) detained a citizen of Ukraine “K” (1972 YOB), who following the orders of Russian special services, organized sabotage in the Dnipropetrovsk region with the aim to destabilize the situation in the peaceful region.

Since March the criminal has been an active organizer of anti-Ukrainian actions in the Kharkiv region. During this time he created the “Left Sector — Kharkiv” Internet community. He spread calls for radical actions against the authorities, changes to the territorial integrity of Ukraine, and encouraged to join the ranks of the DPR and LPR illegal paramilitary formations.

Together with his associates, he organized actions of spreading materials with separatist content, put pro-Russian symbols on administrative buildings of Dnipropetrovsk. He spread information on these actions in the Internet as the “voice of the people”.

It was established that K had repeatedly traveled to Moscow to report his curators from the Federal Security Service (FSB) of the Russian Federation on his “work” and get new instructions and money to perform anti-Ukrainian propaganda, recruit mercenaries, and commit sabotage.

During the searches, SBU officers seized computer equipment configured to communicate with the curators from Russian special services, 2 grenades, armor vest, professional radio set, flag of “Novorossia”, 150 copies of the newspaper with the same name, as well as the ID card of a Russian TV journalist. 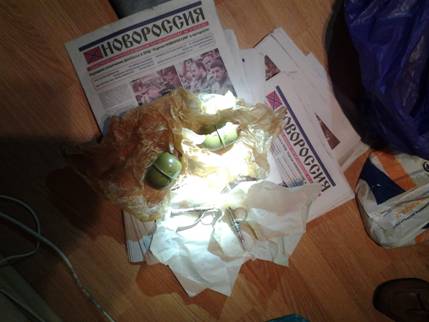 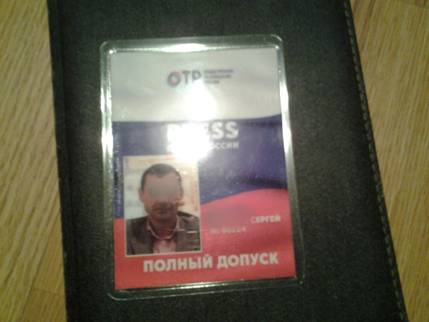 Urgent operational and investigatory actions are in progress.