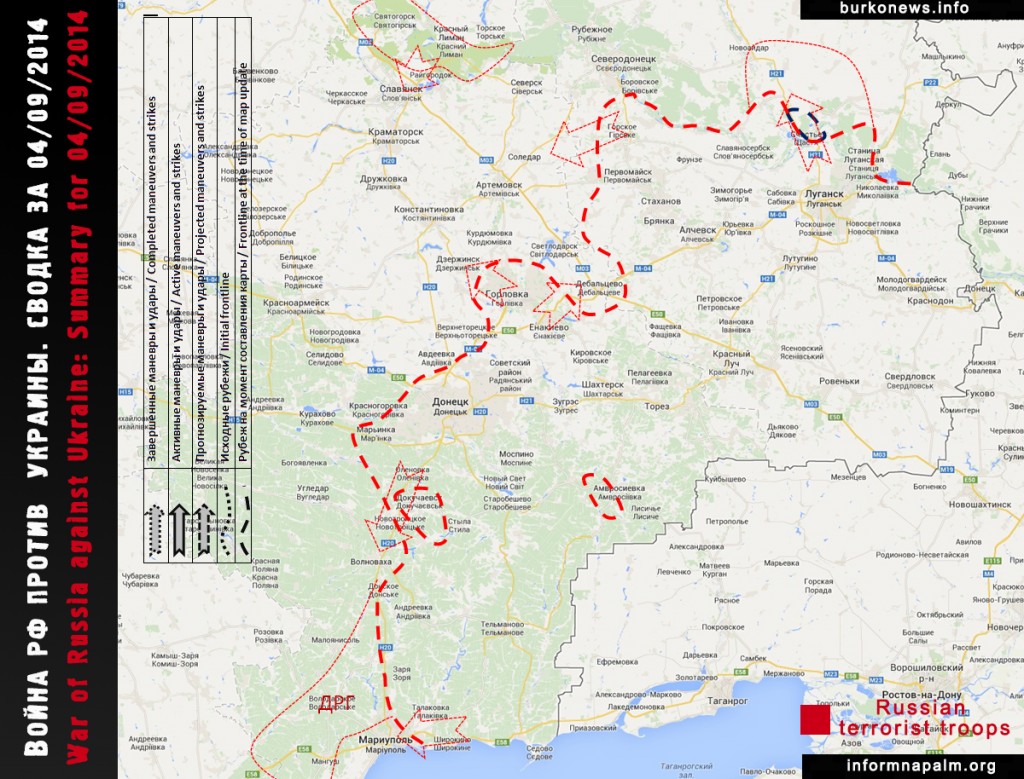 The Ukrainian military forces have had to withdraw from Lutuhyne and leave the area south of Luhansk. Basically the move can be considered as the correct decospom, considering the threat that the town of Shchastya is facing currently. The same situation applies to the settlement of Pobeda located in Novoaidar district. We should remember that a withdrawal from Shchastya opens the way for Russian military forces to Starobilsk and northwards towards Kharkiv Oblast. It is possible that the Russian troops being moved towards the border, in the direction of Valuiky (in Russia), will penetrate into Ukrainian territory in the area of Kupyansk (Kharkiv Oblast). Such a course of events will allow the enemy to excuse themselves, as though military forces have come from the Luhansk area, and that this cannot therefore be considered as an open invasion from Russia. However that is no more than our guess. As for the possibility of the terrorists’ activity in the direction of Starobilsk, we warned about that earlier.

Let us also remember that when the ATO forces left Luhansk airport its runway was destroyed with explosives. The reconstruction of the runway will take several weeks and over this period the situation may change fundamentally. At the same time the terrorists need to have a theoretical control over the airport to justify the emerging Russian planes, as though they belong to the “militants”.

Russian Militants are trying to enter Mariupol from the East, most likely hoping for support from their sabotage-reconnaissance groups that have been deployed further to the north/west of the city, but who have not been really successful so far, suffering big losses. We should not ignore the fact that the terrorists using their information sources to continuously `inform’ us about some surprise for ATO forces. Possibly they imply using MRLS 9K57 “URAGAN” (hurricane) rocket artillery that the Russian military have transferred to the border in the Donetsk area. A convoy of such weapons was spotted moving along the road towards Ukraine on September 3rd, nearby Mykolaivka village (Rostov area). 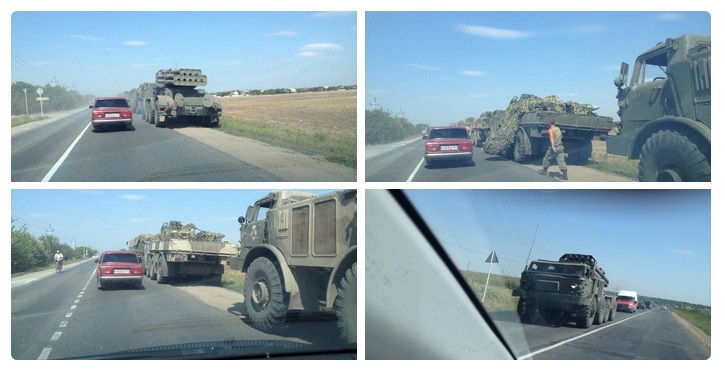 After the unsuccessful attempt to capture Mariupol by surprise, terrorists began to draw off their forces from the northern areas, specifically from Donetsk, and partially from Horlivka. Their forces are probably gathered to strike in two directions, specifically on Mariupol through Olenivka, Dokuchajevsk and Volnovakha; and secondly to strike Vuhledar (south west of Donetsk) most likely aiming to get around Marinka from the South and possibly to strengthen their positions in the west of Dokuchajevsk and Volnovakha. According to our information, fighting has taken place in the area of Marinka around where the Ukrainian units were forced to withdraw.

Speaking of the Amvrosiivka `mousetrap’; its formation by militants was quite a short-sighted endeavor because such a large military grouping must draw considerable enemies forces in its direction. If we analyze the course of the events of the last days, the `mousetraps’ are not occurring in such a static manner as are we used to seeing.  Instead of been `fixed’, the ATO military forces are moving around in the rear of the enemy. There are groups of Russian mercenaries that are trying to constrict the Ukrainian forces by carrying out strikes using artillery systems. Due to the movement of the Ukrainian forces it is impossible to draw their coordinates on the map.

All things considered, the Russian militants will continue their attempts to capture Mariupol on September 5 although it would be more logical to go around the city and head on further west, creating a corridor towards Crimea.

The situation in the north of Donetsk remains tense while the militants constantly attack the airport, which is still under the control of the Ukrainian forces. There are detachments of Ukrainian forces that got into a tactical encirclement in Zhdanivka and Rozivka. Taking into account the fact that some forces withdrew from Debaltseve, which is heavily shelled by terrorists, the situation of some of these detachments may be critical.

Therefore as of to date, the enemy is trying to push through front line. In the near future, we can expect active engagements in the settlements of Myronivskyi and Svitlodarsk. There is also a possibility of the strike towards Hirske – Soledar aiming to reach Artemivsk. Most likely, there will be a simultaneous strike in the direction of Horlivka – Dzerzhyns’k aiming to access Artemivsk from the South-West.

Based on the preliminary data received, some sabotage-reconnaissance groups increased their activity in Slovyansk. Recently there was a shelling attack of the ATO forces in Slovyanskyi Kurort. The area of Karachun, in the Andriivka neighbourhood of Slovyansk, is also not completely secure. In the case of such an attack being implemented, the advance will take place towards the forested areas that stretch from Chervonyi Lyman as far as Svyatohirsk and further on towards Izyum.

Progress on the international Front 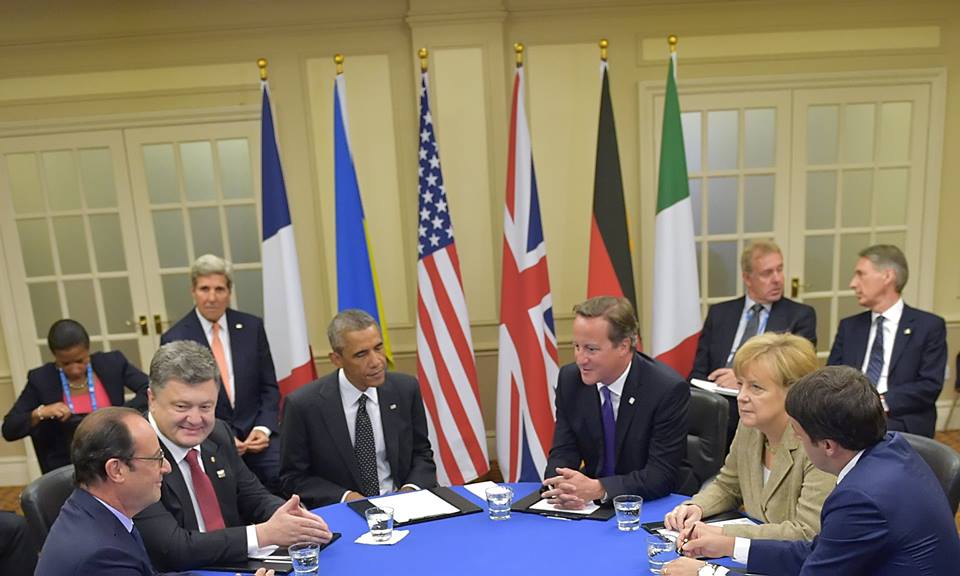