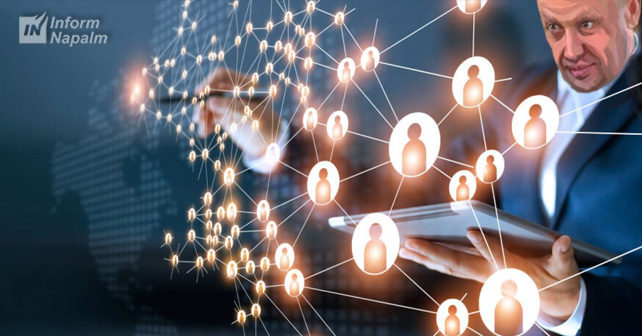 This time, they failed. They failed to provoke confusion and subvert society, intoxicate its information, social and political environment. Although the time is very good – during the COVID-19 pandemic, society is vulnerable and susceptible to any information, and in the autumn, there is the election and a new political cycle begins.

In March, the social network platforms Facebook and Twitter had deleted over 200 accounts and web pages that were active in Ghana and Nigeria and were broadcasting to the USA. All these accounts were created by the Internet Research Agency (IRA) – the initiative that is better known as ‘the troll factory’. In February, the secret services of Ghana identified ‘the troll factory’ operating in the suburbs of Accra, the capital of Ghana, and organised the raid against it. This factory was established by the incorporated in Ghana non-profit organisation Eliminating Barriers for the Liberation in Africa (EBLA). The title of this organisation sounds very similar to those of the Cold War times, when the Soviets were patronising African countries and were establishing the ‘non-governmental’ organisations with very similar titles as the above mentioned. EBLA was executing the so-called social network management order from Russia. The customer – the Internet Research Agency (‘the troll factory’) incorporated in St. Petersburg, whose owner is the Russian businessman Yevgeny Prigozhin, often referred to as ‘Putin’s Chef’.

Facebook reported that on its platform, it deleted 49 public and 85 personal pages. From Instagram, the company deleted 69 accounts and 71 accounts were deleted by the social network Twitter. Those accounts were ‘nurturing’ their followers.

For example, one Facebook account had 13,200 followers, on Twitter one such account was followed by 68,000 followers, and several Instagram accounts had about 263,200 followers. Social networks’ platforms reported that the information published on these accounts was mainly (65 per cent) addressed to the black population of the USA, it ”was promoting rifts, provoking controversy and arguments on the basis of racial and civil rights issues”. Social networks also noted that in the contents of the accounts there was no direct discussions in relation to the elections in the USA, “there were no agitations and discrediting of the presidential candidates”. 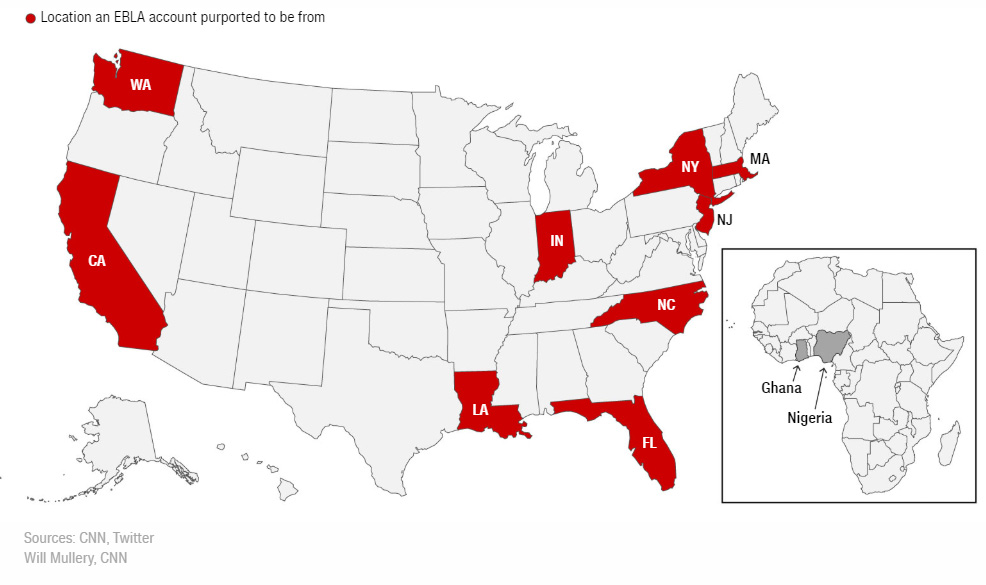 “The troll factory” in Ghana and Nigeria was operating under the same principle as that in St. Petersburg, in 2016, which was trying to influence the US presidential elections.” It appeared that the princes and lawyers of Nigeria have been dispatching the e-mails the content of which is not only about the inherited assets and properties.

“The troll factory” in Ghana and Nigeria was operating under the same principle as that based in St. Petersburg, in 2016, which was trying to influence the USA presidential elections. After the robust study, in February 2018, the US authorities brought charges against 13 Russian citizens and 3 organisations on illegal intervention in the USA presidential election. Among the above mentioned, there was the Internet Research Agency (‘the troll factory’) and also two companies – Concord Management and Concord Catering – all owned by the Russian businessman Yevgeny Prigozhin. The USA has imposed sanctions against Yevgeny Prigozhin and his companies. In 2019, Mike Pompeo, the US Secretary of State, said that “the US administration will continue to work to ensure that Yevgeny Prigozhin and others like him find no refuge”. It must be noted that the robust journalistic investigation on the activity of “the troll factory” in Ghana and Nigeria was carried out by the journalists of the CNN news service.

The CNN journalists revealed that in “the troll factory” of Ghana were operating sixteen 20-year old persons, who were creating and managing the accounts using the mobile telephones that they were supplied with, and they would receive the messages and visual information from Russia. They were working in a rented house, sitting around the table. Their ‘business day’ would start in the afternoon and would last until late evening, when there would be a business day in the USA.

The company was managed by Seth Wiredu, a citizen of Ghana, who also has resided in Russia. The employees – “trolls” – would receive extra payment for good generating of the streams of followers (follower traffic) and networks. Some of them did not understand that they were working for Russia. It is also important to note that Seth Wiredu has already started talking again to those young persons on the resumption of the works. By the way, the CNN journalists found that Seth Wiredu is also looking for employees via LinkedIn, where they put ads offering the workplaces in the USA, South Carolina. So what is the point and what should be done about that? First, it is important to be aware that such things are happening. It is important to think critically and use social networks responsibly and demandingly. It is also very important that the social network platforms itself would responsibly monitor their users and the purposes of their use. It is desired to believe that such responsible monitoring of the platforms is carried out not only due to the immediate liability regulated by laws and their business pattern based on the reliability and good repute of a platform, but that the managers of social platforms really care about ethics and moral in terms it is perceived in the democratic world. Third, it is remarkable that information space is protected by media. Fourth, the role of civil society is to protect information space actively by reporting on the information that instigates dissension and not becoming the myrmidons of such “toll factories”. Then the fraudsters and information operations creators and executors will not be so successful.